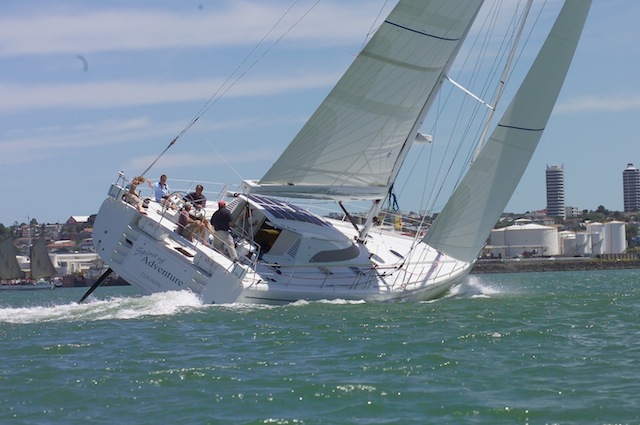 It’s been a while since we discussed all those mysterious numbers that both boat designers and journalists are always throwing around to confuse us when they talk about boats. You’ll recall last time I bloviated about displacement/length ratios. One big reason it’s a good idea to go to the trouble to calculate a boat’s D/L ratio is that you can use this number to refine your estimate of the boat’s maximum speed potential beyond the relatively rough estimate afforded by the classic hull-speed formula we discussed earlier.

This more accurate method of finding a boat’s potential top speed, devised by designer Dave Gerr and published in his tome, The Propeller Handbook, can also be used to estimate the hull speeds of multihulls (both catamarans and trimarans). Dave warns, however, that catamarans with very narrow hulls (for mysterious reasons that no one really understands) will often exceed the speeds predicted by his method.

To comprehend Dave’s formula, we first need to comprehend that the famous multiplier we used in the classic hull-speed formula (1.34) is in fact what is known as a speed/length ratio (S/L ratio). This ratio quantifies the relationship between a boat’s speed (BS), whatever it happens to be at any given point in time, and its waterline length, according to a formula that holds that S/L ratio equals a boat’s speed in knots divided by the square root of the boat’s load waterline length (S/L ratio = BS ÷ √LWL).

The brightest kids in class will instantly note that this is simply the classic hull-speed formula (HS = 1.34 x √LWL) run backwards to solve for the speed/length ratio instead of speed. What the classic hull-speed formula assumes is that 1.34 is the maximum S/L ratio that can ever be achieved (due to the characteristics of waves we discussed before) and thus always serves to limit a boat’s top speed potential.

This in itself is an appreciable difference, but it grows even larger as the boat grows lighter. Assume, for example, that our 12,000-pound boat has shed 3,000 pounds to become a 9,000-pound boat with the same load waterline length, and its D/L ratio drops to 183. Its old nominal hull speed, based solely on its LWL, remains exactly the same at 7 knots, but its new nominal hull speed, figured according to Dave’s method, now becomes 8.6 knots!

Things get even more exciting if you bear in mind that this revised hull-speed estimate still does not account for a boat’s potential to plane. That is, we’re still only talking about the top potential speed that may be achieved by a hull in displacement mode. Dave further warns that getting the extra hull speed his method predicts will require a lot of extra power, but he does maintain that his method is ultimately more accurate than the old one.

I, for one, happen to believe him. Running Dave’s formula on your own boat and finding out that its top speed is higher than you thought is an easy way to put a smile on your face. Unless you own a classic CCA-style cruiser with long overhangs. These boats have exaggerated D/L ratios, due to their short static waterlines (which get longer when the boat starts sailing and heels over) and when you run Dave’s formula on them you usually get a lower top speed. In cases like this, I always assume the classic hull-speed formula is more accurate. 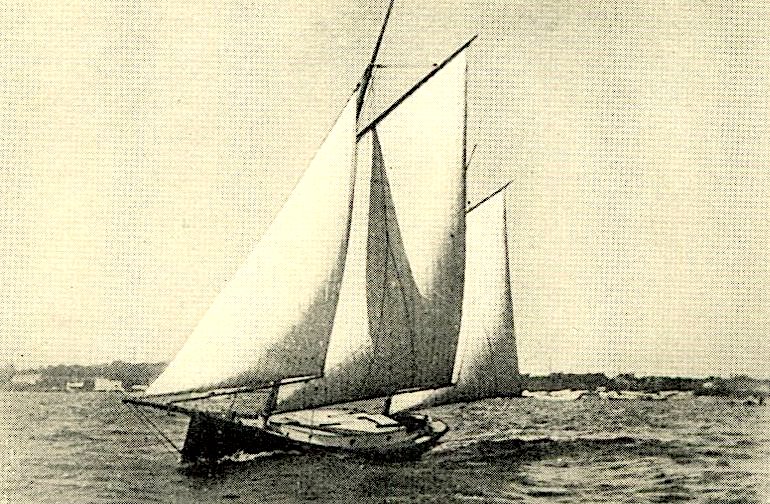