DEFINITION:  wave train (noun)–a succession of waves arising from the same source, having the same characteristics and propagating along the same path

WARNING: This particular WaveTrain emanates from the brain of Charles J. Doane. 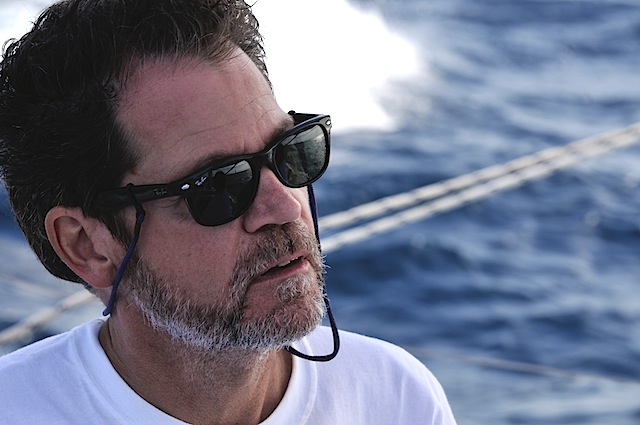 WHO THE HELL IS HE?

Charlie has worked as a boating journalist since 1986, including stints on staff at SAIL, Cruising World, and Offshore.  Currently he is cruising editor for SAIL.  His freelance work has appeared in Ocean Navigator, Blue Water Sailing, the New York Times, the Los Angeles Times, Sailing, Yachting Monthly, Yachting World, Good Old Boat, and other seemingly reputable publications.  He is also the author of three books: The Modern Cruising Sailboat (McGraw Hill/International Marine, 2010), a reference work, The Sea Is Not Full (Seapoint Books, 2017), a memoir, and The Boy Who Fell to Shore (Latah Books, 2022) a non-fiction biography of Thomas Tangvald.

Exposed to boats at an early age during summers spent on the Maine coast, Charlie earned his stripes as a journalist working for a daily newspaper in northern New Jersey, where he rubbed shoulders with and wrote stories about corrupt politicians and befuddled mobsters. He later attended law school, escaped from a brief period of servitude at a Boston law firm, and started roaming the planet’s oceans in sailboats in 1991.  To date he has logged nearly 100,000 miles offshore, including seven transatlantic passages and a number of singlehanded passages between the West Indies, Bermuda, and New England.  In addition to several lesser craft, he has owned and maintained four different cruising sailboats: Crazy Horse, a Pearson Alberg 35 yawl; Sophie, a Golden Hind 31; Lunacy, a Tanton 39 cutter; and (yet another) Lunacy, a Boreal 47.

Stifled by magazine editors and publishers for much of his career, Charlie now seeks to pollute the Internet with his unfiltered musings on cruising sailboats, the sport of sailing in general, and the very watery planet we live upon, which for some weird reason everyone calls Earth.

He invites you to come along for the ride.

Believe it or not, Charlie has been writing this blog for over 10 years.  Much of its content is fairly timeless, so be sure to root around in the Archives and look for the good stuff. You’ll be relieved to know that Charlie’s efforts have not gone unrecognized.  WaveTrain has received several awards from Boating Writers International over the years, including a first place in the Online Expressions Category in 2014. Charlie has also received various BWI awards for his print journalism.

Content from WaveTrain may be syndicated to other sites on a non-exclusive basis.  Contact Charlie at the link above to negotiate terms.  We encourage other sites to cite our content and link to it, as long as proper credit is given.

At some point WaveTrain will hopefully also contain paid advertisements more meaningful than those little Google ads.  Again, contact Charlie if you want to help support the site in this manner.

Readers are heartily encouraged to comment on what they read here.  Charlie sincerely hopes his highly intelligent, literate readership will use WaveTrain as a forum for thoughtful, provocative, and informative discourse on the subject of sailboats and cruising under sail, as this saves him from having to do all the thinking, provoking, and informing himself.

Readers are encouraged to comment under their own actual names, as we believe this fosters responsible discourse. Anonymous comments will not be deleted gratuitously, but they will be deleted if their tone and content is irresponsible and inappropriate.