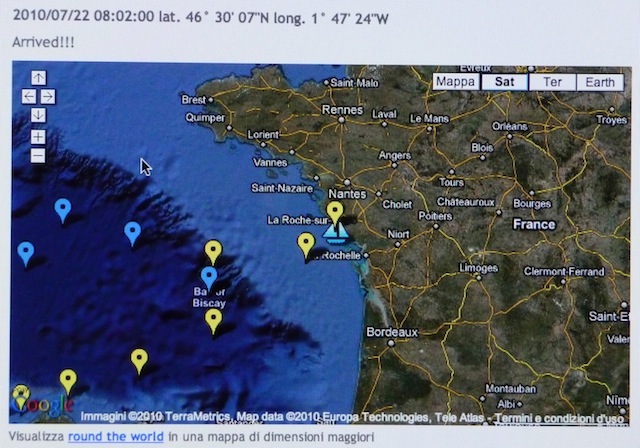 Just a few hours ago that crazy Italian guy, Alessandro di Benedetto, arrived safely in Les Sables d’Olonne, France, thus completing his solo non-stop circumnavigation of the world. He now holds the world’s record for smallest boat (21 feet) ever to do this. The fact that he was dismasted and has been sailing with a jury-rigged mast since before he rounded Cape Horn makes this feat especially phenomenal.

So far the only recognition I find of his return is the simple one-word statement on his website: Arrived. Right over a tracking map that puts him on the Brittany coast. Though I do imagine there must be some kind of wild party going on there right now.

I’m outta here to do some sailing myself (an overnight race from Marblehead, Mass., to Rockland, Maine, followed by a mini solo coastal cruise) first thing tomorrow morning. But I’ll let you know more about Alessandro’s voyage as soon as I can.

I’m particularly interested in getting some details on and hopefully photos of that jury-rigged mast. Here’s one shot I found, taken from a ship in early June, of him underway under the reduced rig: 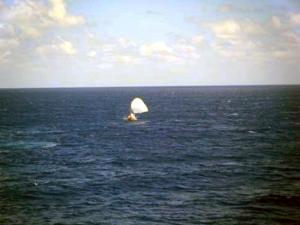 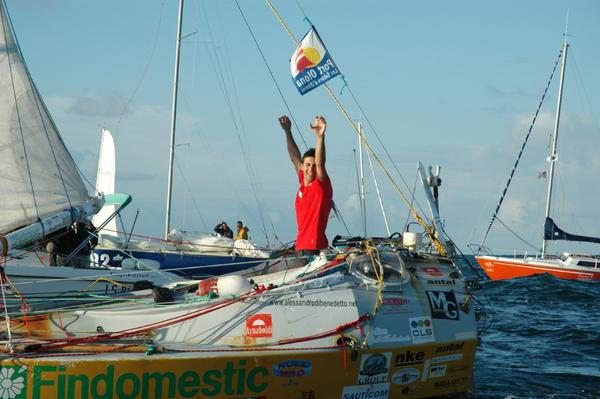