April 10/20: This comes courtesy of my man Phil Gutowski, of BoatRx, who tipped me off recently as to the exploits of two buddies of his, Byron and Dan, currently circling the planet on their 1985 Beneteau First 42 Speck. While the rest of us have been “locked down” it seems Byron and Dan and their current crewmember Josh have been sailing across the western Indian Ocean and up the Red Sea. I leave it to you to decide whether this is riskier than appearing in public in these Days of the Virus.

Before deciding, you should check out the Speck crew’s most recent blog post, describing, among other things, their mid-ocean encounter with a fast-closing skiff they assumed was full of pirates. But instead, it was…

Well, you should read the post to find out.

And as long as you’re there, I urge to surf around their website a bit. In case, you’re wondering how to have a low-budget bluewater sailing adventure of your own. 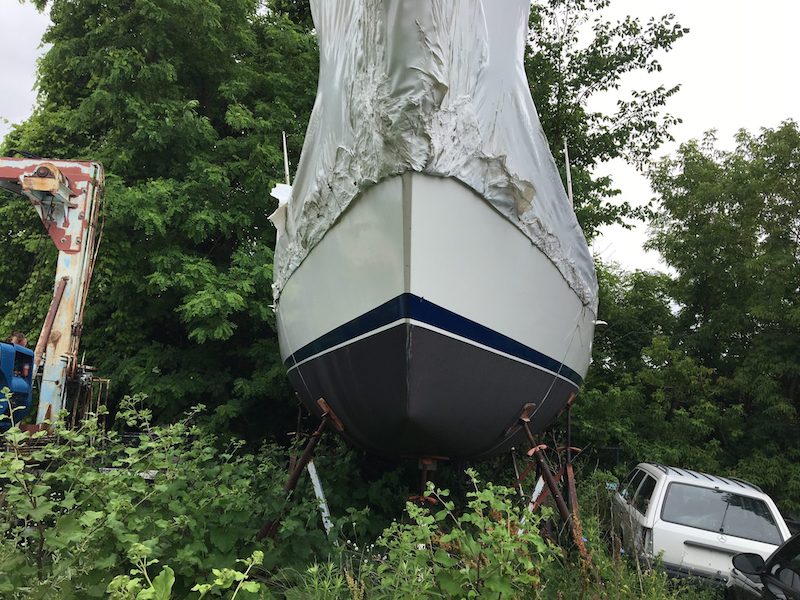 Byron and Dan found Speck on Craigslist, for sale in Chaumont, NY, for $4K, moldering under shrink wrap 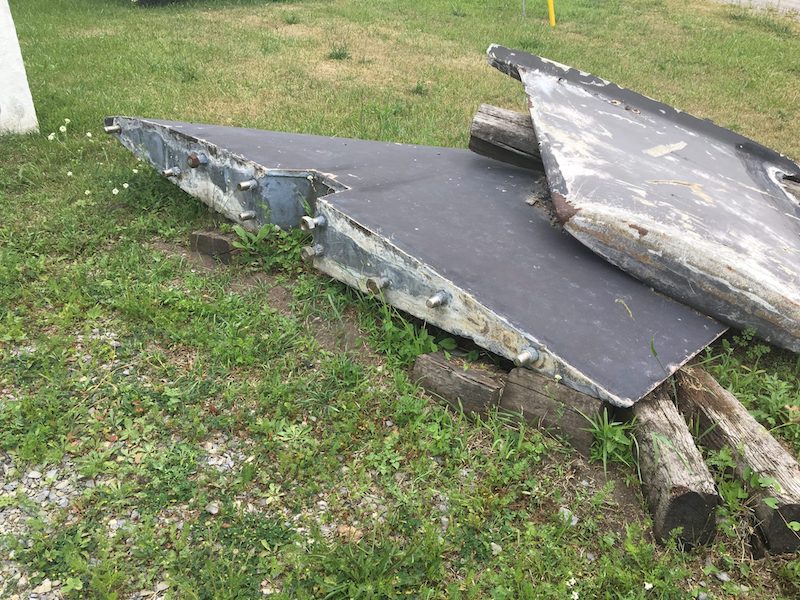 Her keel was not attached to her hull at the time. Definitely a fixer-upper

The bits were shipped to Boston, where Byron and Dan quickly assembled them into a functional bluewater cruiser, with some help, I assume, from Phil. Their timeline is impressive! Bought the hulk in July 2016, took her for her first sail in September 2018, were aboard cruising the Bahamas by January 2019. 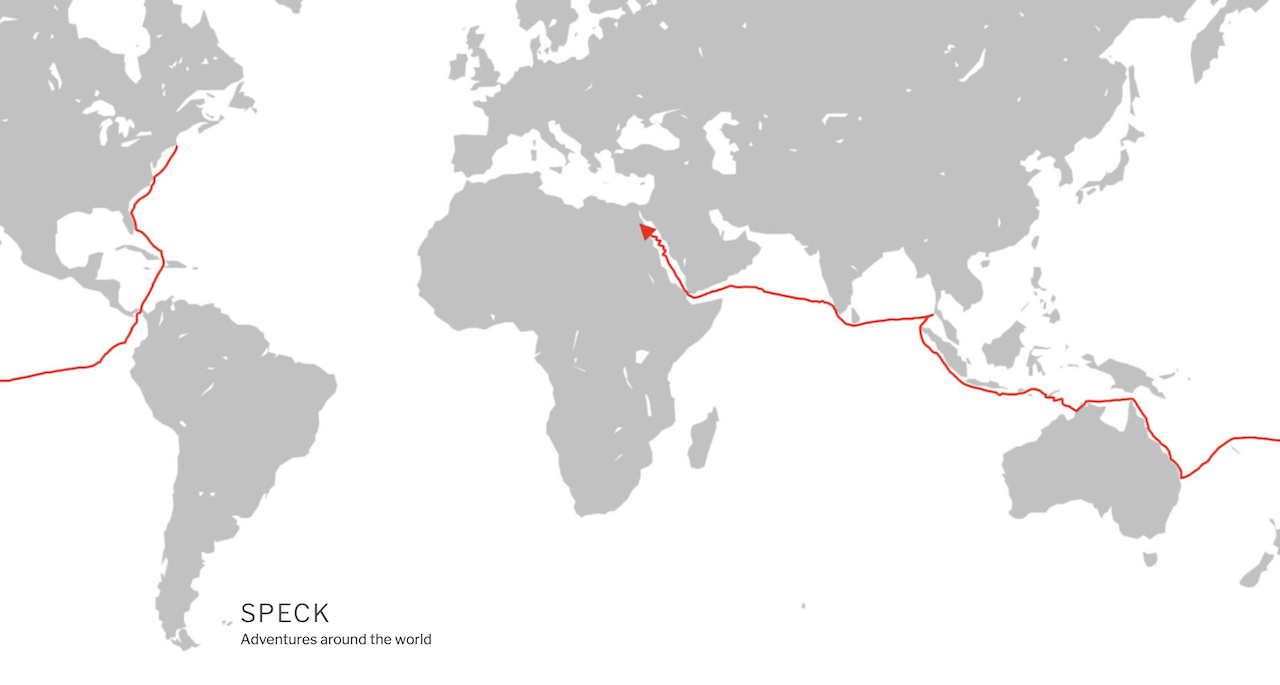 And the rest is history! 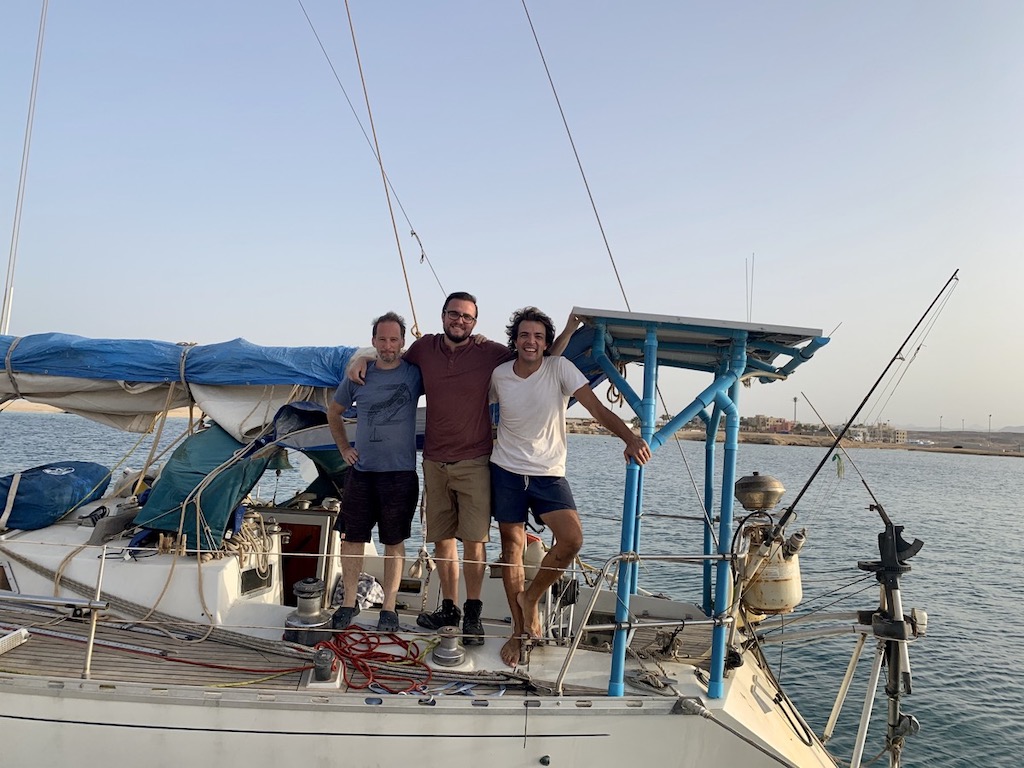 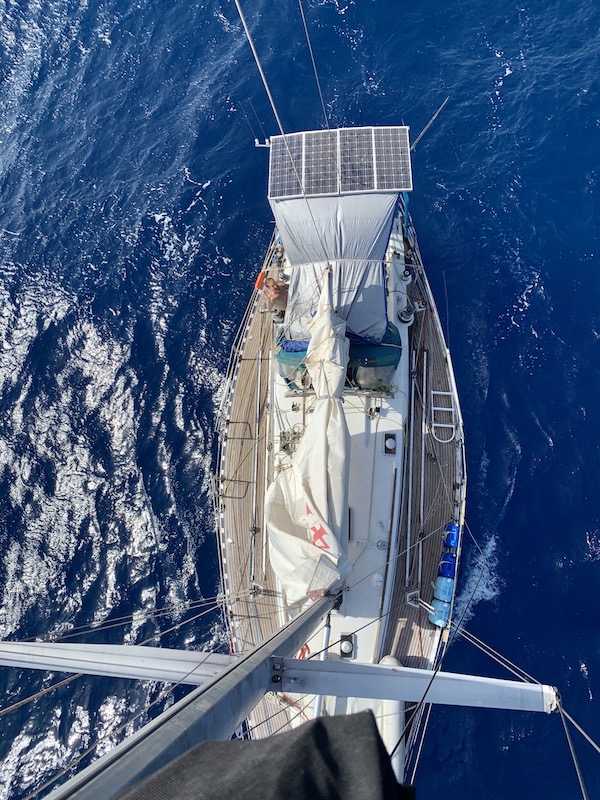 Aerial view, taken during a running backstay repair made at sea

For sure I’ll be keeping an eye on these guys.

0Shares
bluewater cruisingcircumnavigationfloating terrorist dronespirate attacks
Previous PostEVICTED FROM SXM: Virus Tales from the CaribbeanNext PostVIKINGS REVISITED: From Greenland to the Black Sea, Great Books to Read While Hiding From the Virus