The fate of the four crew members aboard Cheeki Rafiki was confirmed on Friday when the U.S. Navy again found the overturned keel-less hull and inspected it closely enough to determine that its liferaft was still onboard. So with much drama and angst and effort we have at least confirmed what the U.S. Coast Guard initially surmised when it first suspended its search for survivors. I don’t think the effort was wasted or useless. Given the enormous interest in the fate of these four men, I think it was well worth it to achieve closure on that point.

I would hope some people who criticized the Coast Guard rather harshly for suspending the search might now express some regret (I noted, for example, that Brian Hancock, a well-known racing sailor, accused the Coasties of abandoning the search “without really trying”), but I’m not holding my breath on that. What’s more important is to focus on what we can take away from this tragedy to make sailing safer. 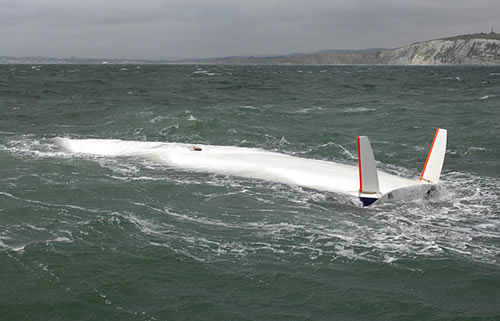 Time to wake up! This happens all the time

I’ve seen people discussing liferafts and such, but for me this big issue here is keels. The four crew on Cheeki died because the boat’s keel fell off, probably very suddenly, and this is not, as some have suggested, an unusual occurrence. It is frighteningly common. Modern fin keels fall off cutting-edge high-end race boats all the time (e.g., keel loss is a common reason for Vendee Globe withdrawals) and off less exotic race boats (e.g., I have one good friend who lost a keel off a TP52 while racing and know of many other similar incidents) and off common production boats, both while racing and cruising. 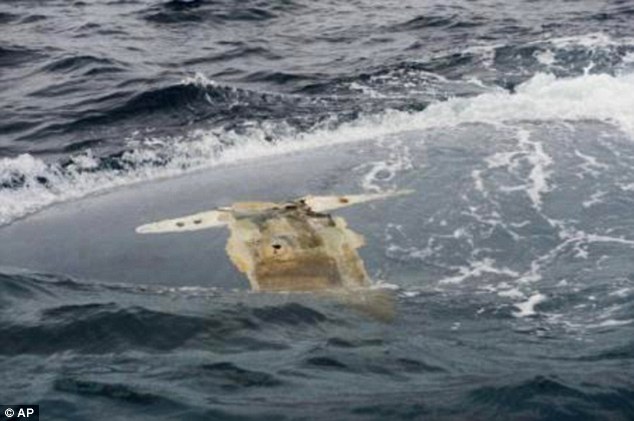 The underside of Cheeki Rafiki, showing the area where the keel ripped off. Note the large swath of damaged laminate below the keel’s footprint

On production boats like Cheeki, a Beneteau First 40.7, it is probably true that most keel failures are the result of damage sustained in groundings. This is a tricky business, as grounding damage can be very hard to assess accurately, and damage can be cumulative over several groundings. Even worse, with charter boats like Cheeki, there may be one or more groundings that take place and are never reported to the boat’s owner or those responsible for maintaining it.

For an excellent discussion of the damage sustained on Cheeki, I recommend you dive into this Sailing Anarchy thread here, from whence I pilfered these photos: 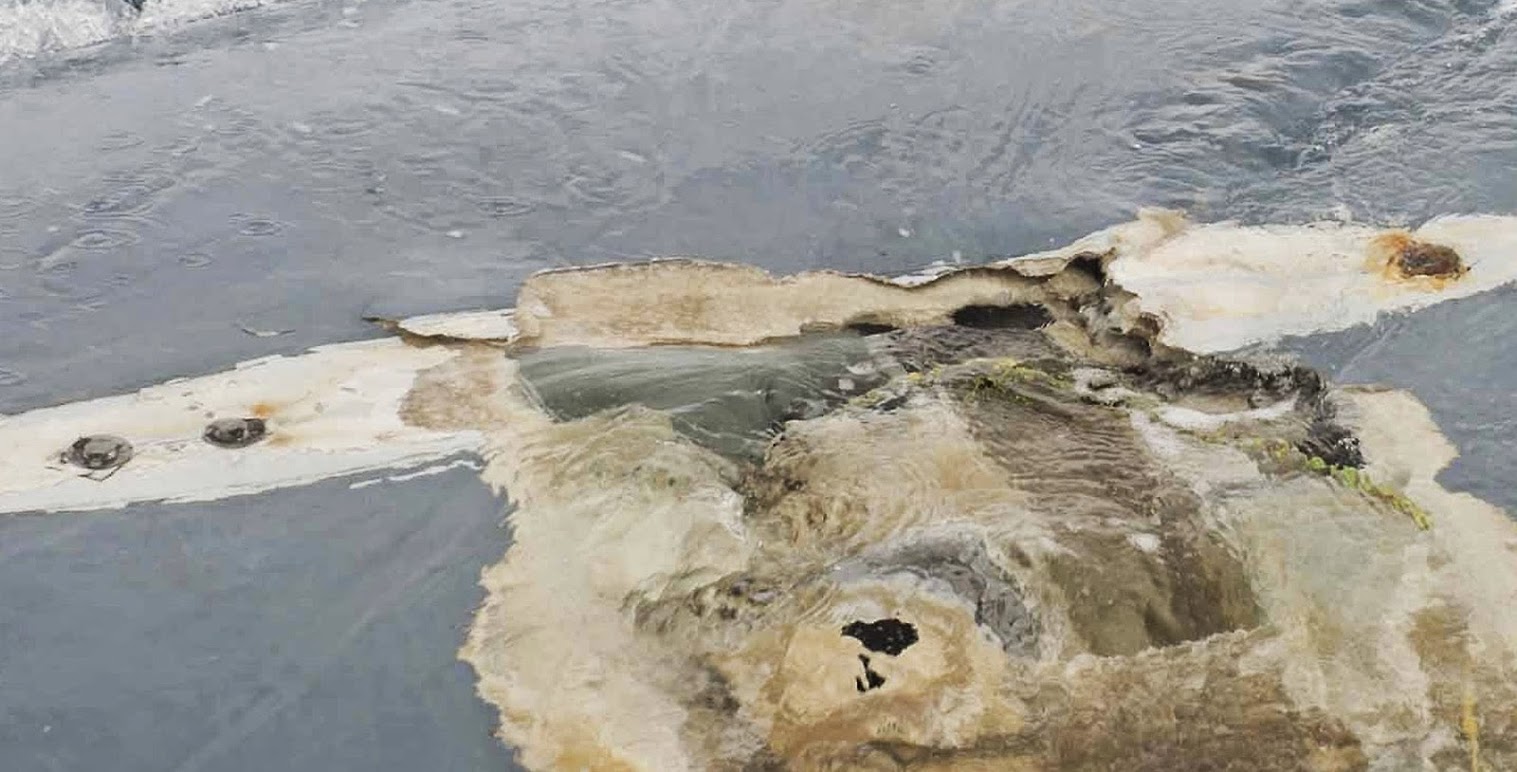 Enhanced out-take of the keel’s footprint from the image above. Questions raised: 1) are those bolt-heads and washers we see on the two forward keel bolts? Or are they broken off? 2) the aft bolt clearly seems to have been corroded, so is this where the trouble started? 3) the central bolts seem to have been the last to let go and took with them a big chunk of laminate, but was the laminate under the keel cored? 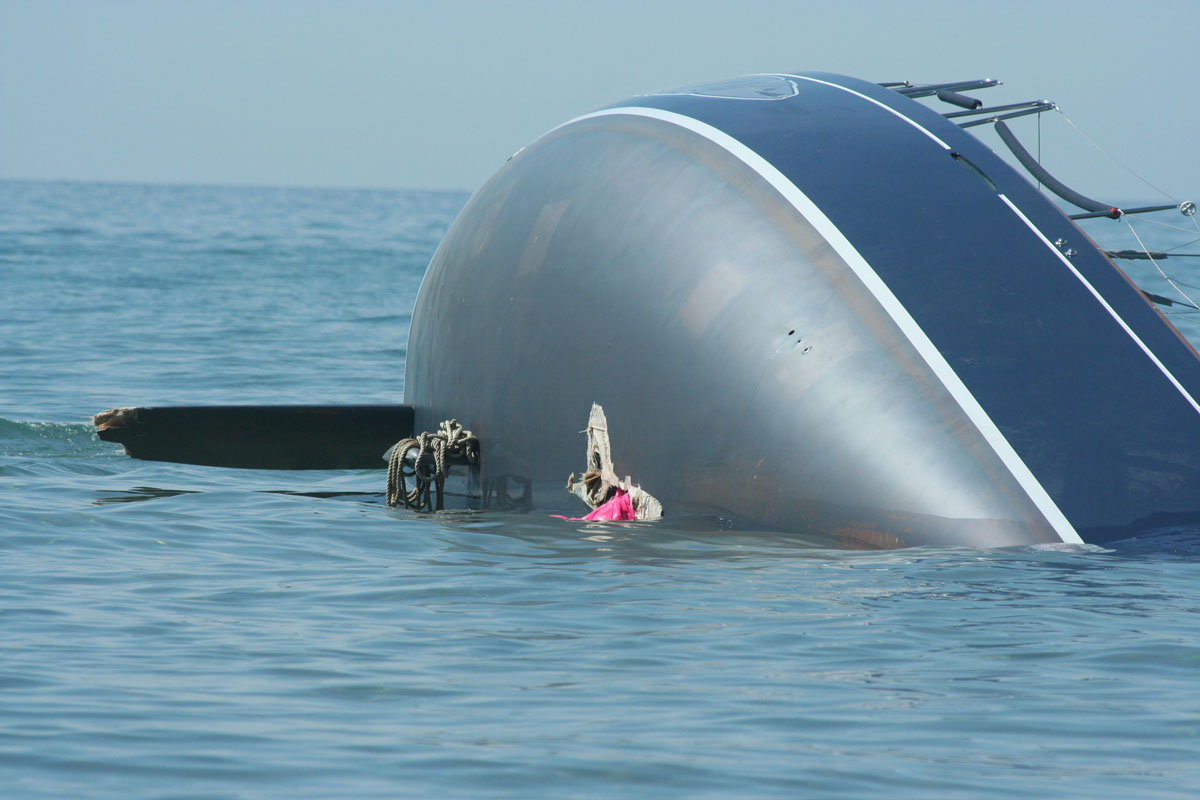 Another First 40.7, Barracuda, that lost its keel. Note the similarity in the damage to the underbody 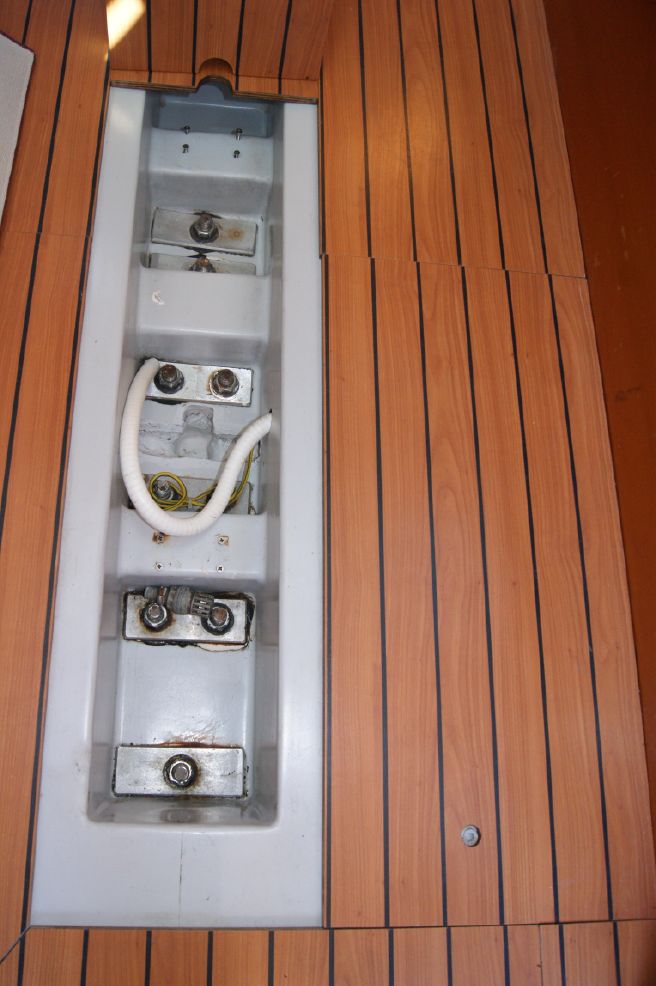 Keel-bolt pattern on a stock First 40.7, as seen from inside. Note that the keel’s attachment points are not tied directly into the structural bilge grid. Also, this is an exceptionally shallow bilge!

Interestingly, on page 7 of the SA thread you’ll find one participant, ClubRacer.be, who claims to have been on two different supposedly undamaged never-grounded First 40.7s where the aft keel bolts started weeping when you honked down hard on the backstay. Another commenter, axobotl, claims to have been on a First 40.7 that grounded at hull speed without sustaining any detectable damage.

Thinking of that rusty aft bolt on Cheeki, I have to wonder if this is a weak spot on all First 40.7s that have been raced hard. (And there are a lot of them. They have an active one-design thing going on.) If you trap moisture against that bolt every time you crank down hard on the hydraulic backstay adjuster, corrosion seems inevitable.

In perusing the online commentary, I’ve seen that some people don’t believe it is possible to engineer a bolted-on fin keel that is not vulnerable. That this is a risk you have to take when sailing on boats like this.

Personally, I don’t accept this. I’m not an engineer, but I have to believe it is possible to design a keel attachment that spreads loads over a much wider area of the hull. After all, we never (or at least almost never) hear of wings shearing off of airplanes. Yes, I am sure “over-engineered” keel attachments would be heavier (and thus would decrease performance) and more expensive (thus less economically attractive), but they must be feasible. On page 6 of the SA thread, for example, you’ll find links to a patented Swedish system for attaching a fairly aggressive fin keel that looks incredibly strong.

As a starting point, I would say a “properly” engineered fin-keel attachment should spread loads over such a large area that you should need to effectively destroy the hull to remove the keel (like on a full-keel boat). Also, there should be some mechanism or “fuse” that lets you know when the assembly has been critically damaged.

I can only hope that all the energy that went into browbeating the Coast Guard to continue looking for Cheeki might now be channeled into this purpose. Then the crew of Cheeki would not have died in vain.

How do we create this new standard of construction in what is effectively an unregulated industry? It would help a lot, I think, if race organizers and rule mavens started the ball rolling. If the high-end race boats whose keels fail most often were forced to be safer in this regard, a lot would follow from that.