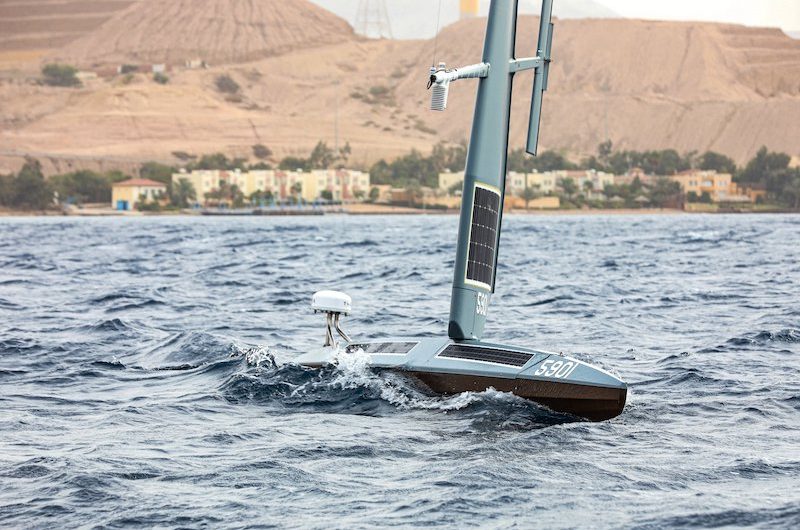 Sept. 5/2022: I wrote about the advent of unmanned sailing drones back in January 2014, when a robot sailboat completed a passage from San Francisco to Hawaii, and haven’t given the subject too much thought since then. Turns out a lot has been happening! The California-based company Saildrone has been successfully putting drones into action doing all sorts of aquatic research (including sailing into hurricanes) and has also been selling them to the U.S. military. The image up top, for example, is a U.S. Army photo of a 23-foot Saildrone Explorer operating in the Gulf of Aqaba off the coast of Jordan in December of last year.

Most recently, Iranian naval vessels have been trying to highjack (or dronenap, if you will) Saildrone Explorers operated by the U.S. Navy’s 5th Fleet in international waters in the Middle East. The U.S. Naval Institute News has reported that an Islamic Revolutionary Guard support ship, Shahid Baziar, was spotted by the 5th Fleet on August 29 towing one of its “unmanned surface vessels” (USVs) in the Persian Gulf. A U.S. Navy patrol vessel, USS Thunderbolt, and a Navy helicopter confronted the Iranian vessel, which promptly cast the drone loose, as seen in this video here:

Two days later, on September 1, the Iranian navy frigate IRIS Jamaran was busted by the 5th Fleet after grabbing two U.S. Navy Saildrone Explorers in the Red Sea. Two U.S. destroyers, USS Delbert D. Black and USS Nitze, as well as a land-based helicopter, were dispatched to the scene, and the Iranians returned the drones the following day.

The 5th Fleet in a statement declared the captured drones had been operating in the southern Red Sea “for more than 200 days without incident.” According to the USNI News, they were collecting imagery. The Pentagon has declined to comment on how much dronenapping is actually going on in the area.

The USNI News has also reported that a shipyard in Mobile, Alabama, will soon start building larger 72-foot Saildrone Surveyors for the U.S. Navy. Like the smaller drones, these are wind and solar powered, but also have auxiliary diesel power. They are designed for “deep ocean mapping and intelligence, surveillance, and reconnaissance applications.” You can check out the full specs here. 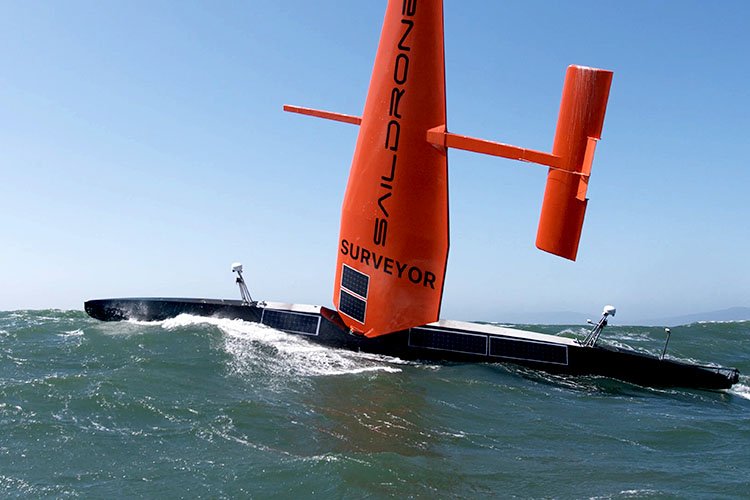 The Navy, evidently, plans to be operating something like 150 sailing drones going forward.

What I want to know is what happens when innocent ocean sailors encounter these robots. Can you hail them? Will they answer back? Will they try to avoid you? Must you avoid them? Will they assist you if you’re in trouble???

Bonus video–a drone’s eye view of the inside of a hurricane:

Better the drone than me.