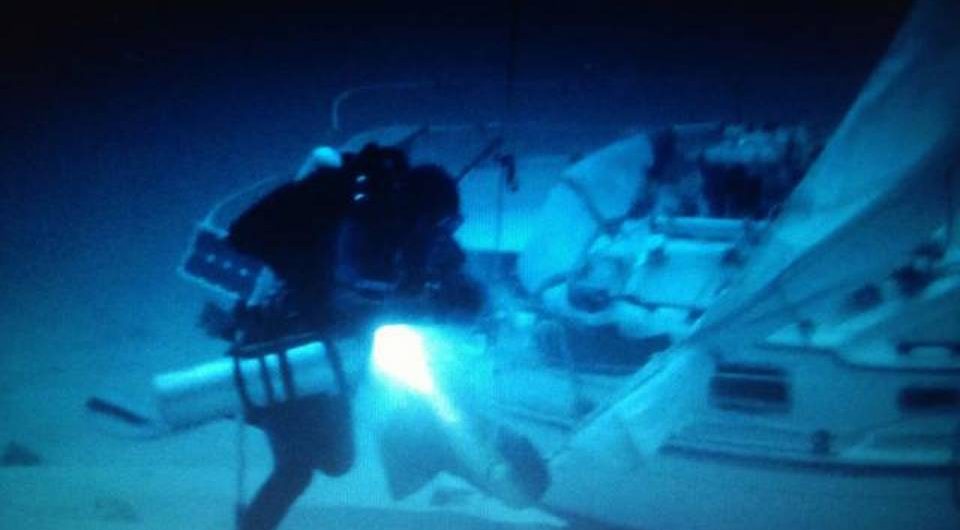 A mystery that has tortured the sailing and diving community in the Upper Florida Keys for most of the past two months was resolved early this week when two technical divers descended about 300 feet and found human remains inside the sunken sailboat Jubilee, which had been missing since August 4. The remains are believed to be those of Noah Cullen, Jubilee‘s 24-year-old skipper, who was last seen alive sailing his boat singlehanded in the Key Largo National Marine Sanctuary shortly before a strong thunderstorm swept through the area.

Cullen, an accomplished sailor, diver, camper, and pilot, set out on his own on August 4 to free-dive on the reefs south of Key Largo. He had completed his dive and was seen sailing back to shore shortly before the thunderstorm hit. Soon after the storm, however, Jubilee, with no one on deck, was again spotted by a passerby sinking in much deeper water offshore. This witness took a photo of the sinking boat, called the authorities, and then left the scene. 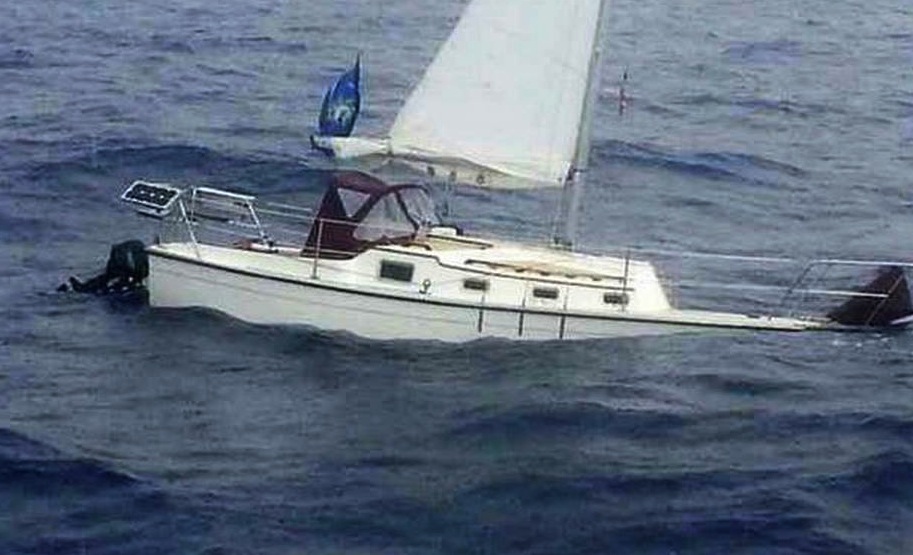 Jubilee‘s last moments on the surface. A question must be asked: should the person who took this photo have done more than just take a photo???

The Coast Guard et al launched a massive search for the vessel but found nothing. There was much speculation as to scenarios in which Noah Cullen, given all his competence, might somehow have survived, and local water rats kept looking for the boat long after officialdom gave up the game.

Late last month a sonar scan turned up a likely target near where Jubilee was last seen, and a survey with a borrowed submarine ROV yielded images that seemed to confirm the wreck’s identity. 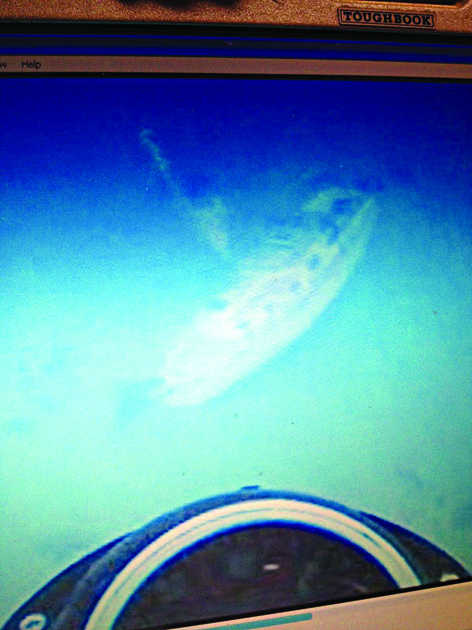 The wreck of Jubilee, as viewed remotely

A call went out for volunteer tech divers to investigate up close and personal. Diving on a wreck 300 feet down is no simple job. Two veterans, Joe Citelli (who took the photo up top) and Steve Muslin, stepped forward and did the deed. An 80-minute dive, with only 18 minutes spent on site. All the rest was staging up and down, with exotic bottles of air to breathe en route.

They took a sample of the mortal remains they found back to the surface with them, and these have been sent off for DNA testing, but no one seriously doubts who they belong to.

Speculation as to what actually happened has been limited to a single scenario: Jubilee was forced to run off during the thunderstorm, was struck by lightning (eyewitnesses have described it as having been an extremely volatile squall electric-wise), Cullen was electrocuted, and the boat was holed and consequently sunk.

Would it have made any difference if the float-by photographer had investigated more closely? Probably not, but we’ll never know for sure.

Was the boat properly grounded? Again, no word on that, but given its size, I doubt it.

Noah Cullen’s last communication with the outside world took place the day of his death, when he posted this photo and a cryptic message on his Twitter account: Noah Cullen is dropping out for a bit. 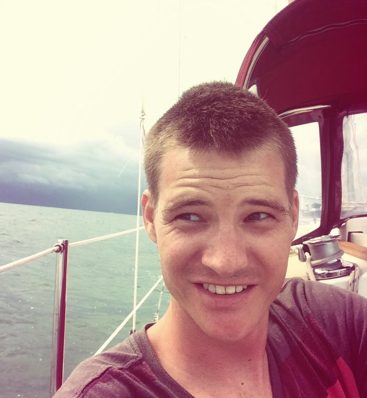 I’m guessing he put this up just before going overboard for his dive. The previous post, sent up the same day reads: Another foul morning in the Florida Straits.

But most ironic of all is the post he put up one day earlier, presumably during another thunderstorm: Fuck, I hate lightning being as I can’t be more than a few feet from the tallest metal rod for miles.

I’m going to miss this young man, though I never had a chance to meet him. The world of sailing needs more like him.