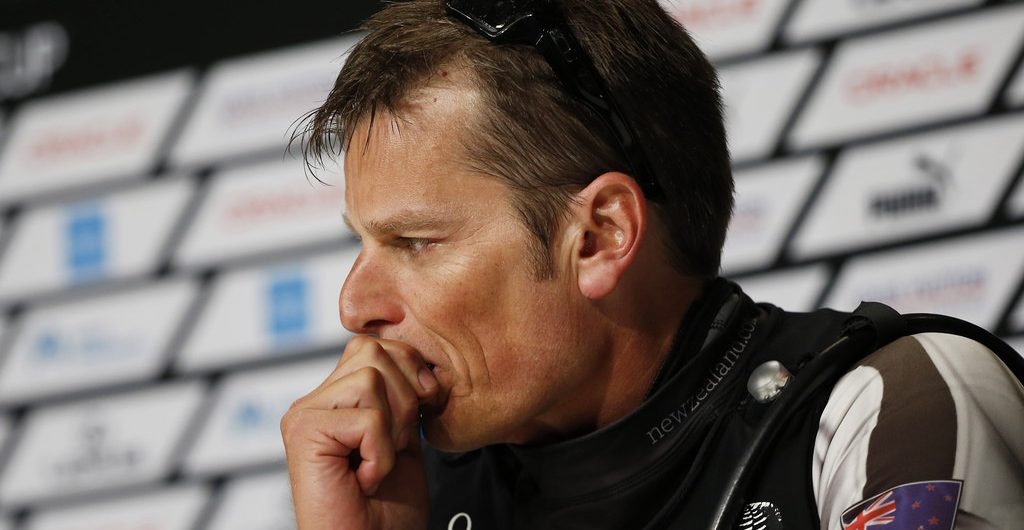 OH. MY. GOD. I can’t believe this madness hasn’t ended yet. I was certain Team New Zealand was going to win one of the races yesterday, as the Oracle crew had yet to do better than split decisions on days when two races were sailed. But now Oracle has in fact won four in a row and “only” needs four more.

This is starting to seem almost feasible. And I think Dean Barker is starting to think the same thing. He hasn’t been looking too happy at press conferences lately.

Here’s the video for yesterday, in case you haven’t stumbled across it elsewhere:

Both wins were wire-to-wire, but the Kiwis got very close for a while in the first race. Oracle has firmly established that they can foil like bandits upwind when conditions permit and their tactics and crew work continue to improve overall. If day one of the series were today and I were making bets, I’d have to pick them.

Which reminds me… if Oracle repeats with a double win today, that jury decision docking them two races at the start becomes determinative.

That would truly suck.