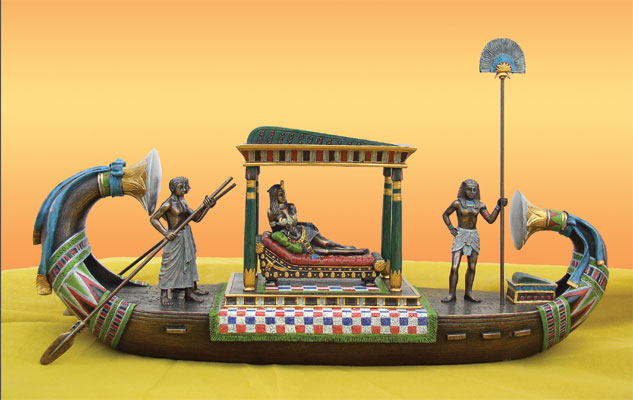 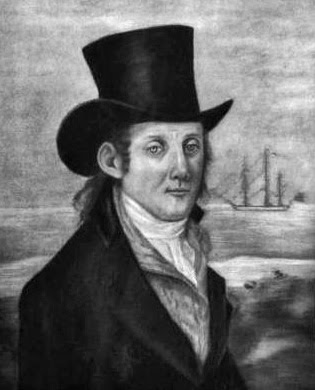 The design and construction of this vessel were not particularly unusual. A conventional hermaphrodite schooner of the era, carrying square sails on her foremast and a fore-and-aft gaff spanker on her after mast, Cleopatra’s Barge was 83 feet long on deck, just over 100 feet long overall (with bowsprit), and 23 feet wide. She drew 12 feet of water, displaced 192 tons, and–superficially at least–looked like many trading vessels that might be found in Salem Harbor at the time. Her shape was also ordinary, with bluff, very full bow sections tapering to a narrow underwater run aft. This classic “cod’s head and mackerel’s tail” configuration represented the most current thinking in early 19th century naval architecture. The theory, unsupported by any scientific evidence, was that a vessel’s underbody must operate most efficiently when shaped like a fish. 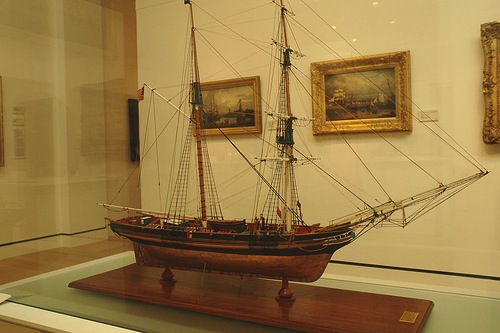 What was unusual about Cleopatra’s Barge was the garish and extravagant manner in which she was decorated and furnished. Down below she was the acme of sumptuousness. Her cabins featured exotic inlaid paneling and floors, gilded deck beams, velvet grab-ropes, fireplaces, chandeliers, sideboards, and secret cupboards crammed full of the finest silver, porcelain, and glassware. Her furniture, inspired by Crowninshield’s admiration of the recently deposed French emperor Napoleon Bonaparte, was in the Empire style, decorated with imperial eagles. The chairs had lyre-shaped backs and velvet tassels hanging from their seats. Her appearance topsides, meanwhile, was deliberately eccentric. Her starboard side was painted with bright multicolored stripes, while her port side was painted in an elaborate herringbone pattern. Her deck, sporting 12 cannon that had no ostensible purpose, was laced with more velvet grab-ropes and featured a life-size wooden Indian that was nailed in place and seemed to have silent command of the entire vessel. 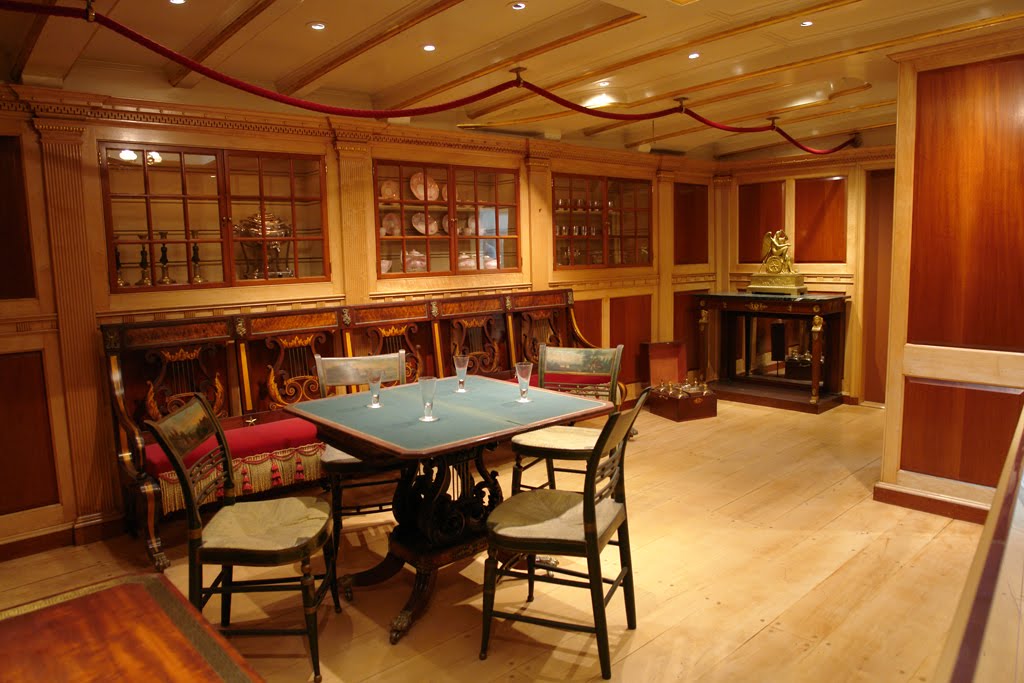 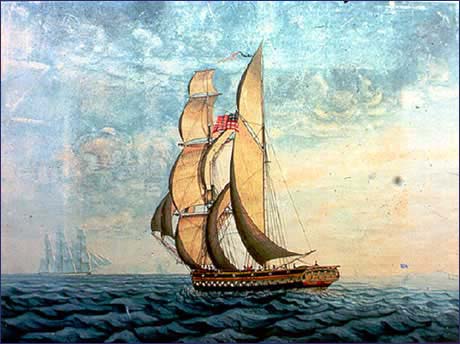