THIS IS ONE BOAT that really jumped out at me when I was cruising the docks at the Strictly Sail portion of the Miami International Boat Show after doing my bit judging the NMMA Innovation Awards. I first spotted it bow on (see photo up top) and immediately noticed its narrow hulls, high bridgedeck clearance, and super-long bowsprit–everything you want to see in a truly aggressive cruising cat. But it wasn’t until I snuck up on the beast from behind that its most distinctive features became apparent. 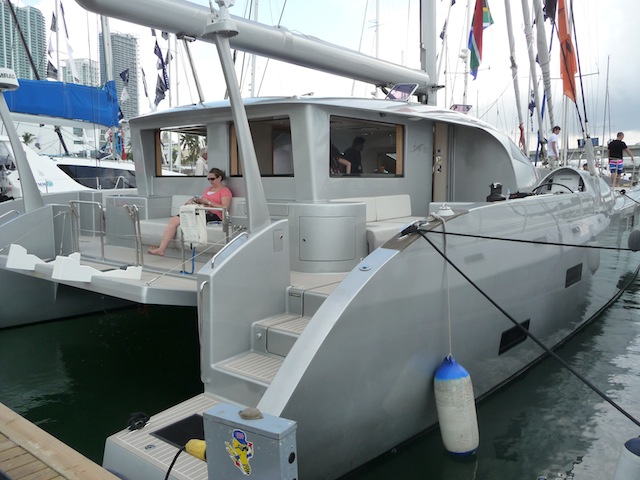 Designed by Greg Young and built in South Africa, the Tag 60 has a unique deck layout that redefines the relationship between interior and exterior spaces on a catamaran. The superstructure runs most of the way aft and bifurcates the two steering stations, which are located outboard amidships on either side. 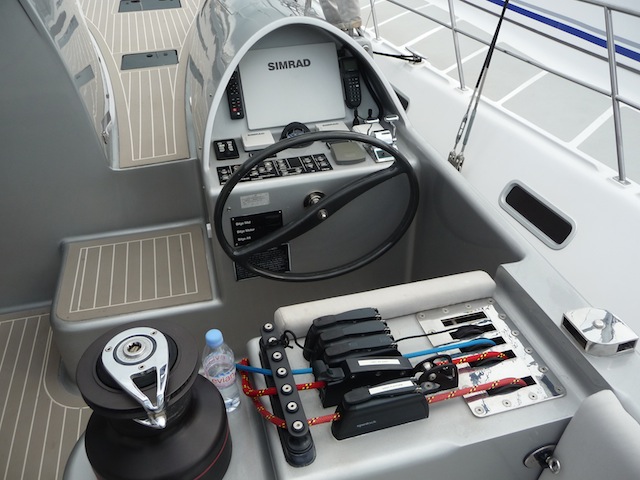 Most controls, including those for the daggerboards, are hydraulic or electric and are easily managed with fingertips. Note, too, the eclectic elliptical steering wheel. 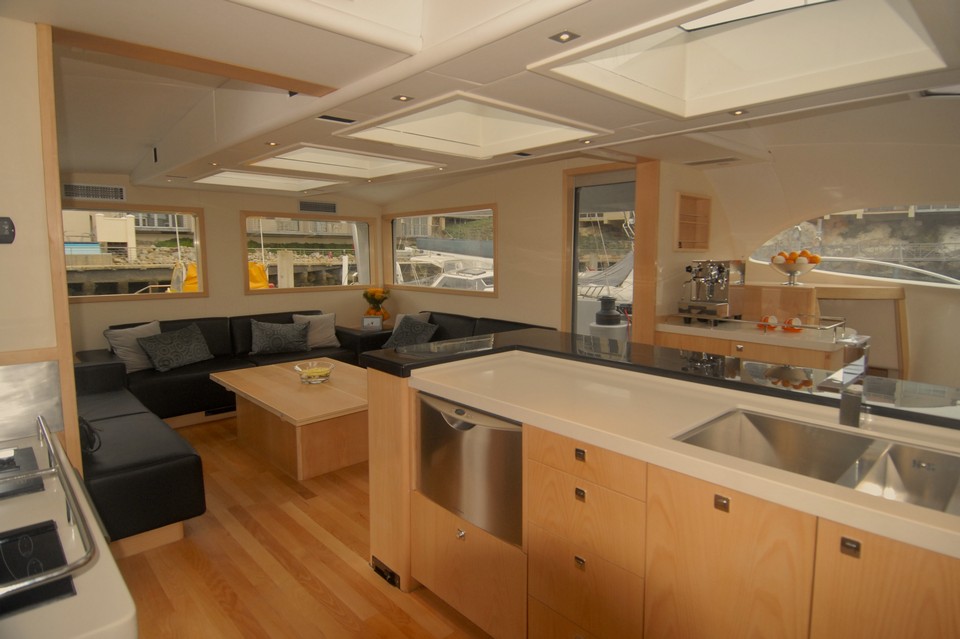 The saloon, aft of the galley, is accessed from the outside through two side doors that open directly out on to the helm stations. Wrap-around sliding windows provide lots of ventilation and an outdoorsy atmosphere when you want it, or when the weather sucks you can button it up and stay cozy inside. 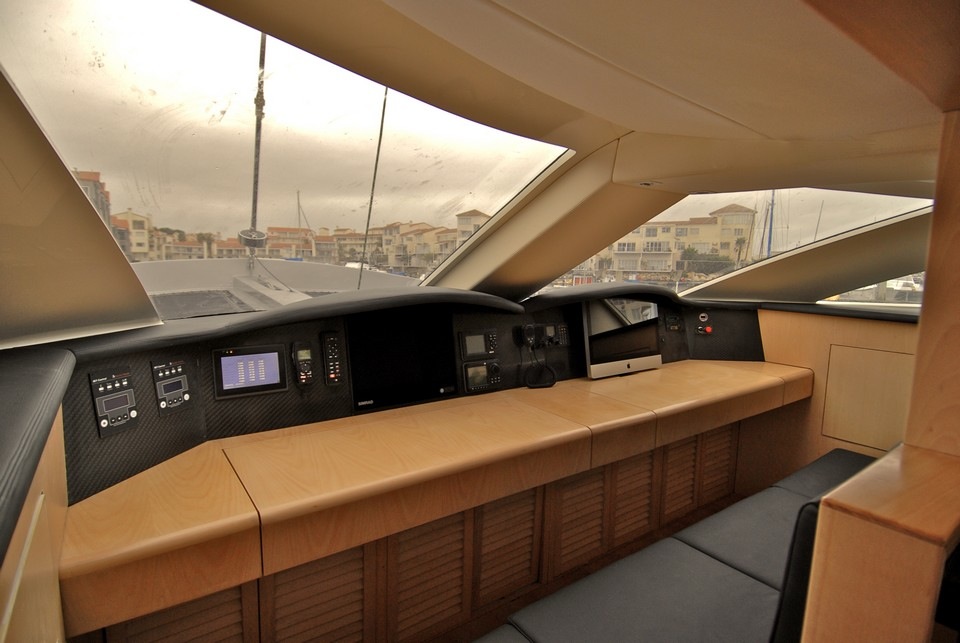 Just forward of the galley in a segregated space is a super-cool full-length athwartship nav station with lots of room for stretching out and pondering imponderables. Sort of reminiscent of the big bench seats you used to find in big American cars during the 1960s and early ’70s. 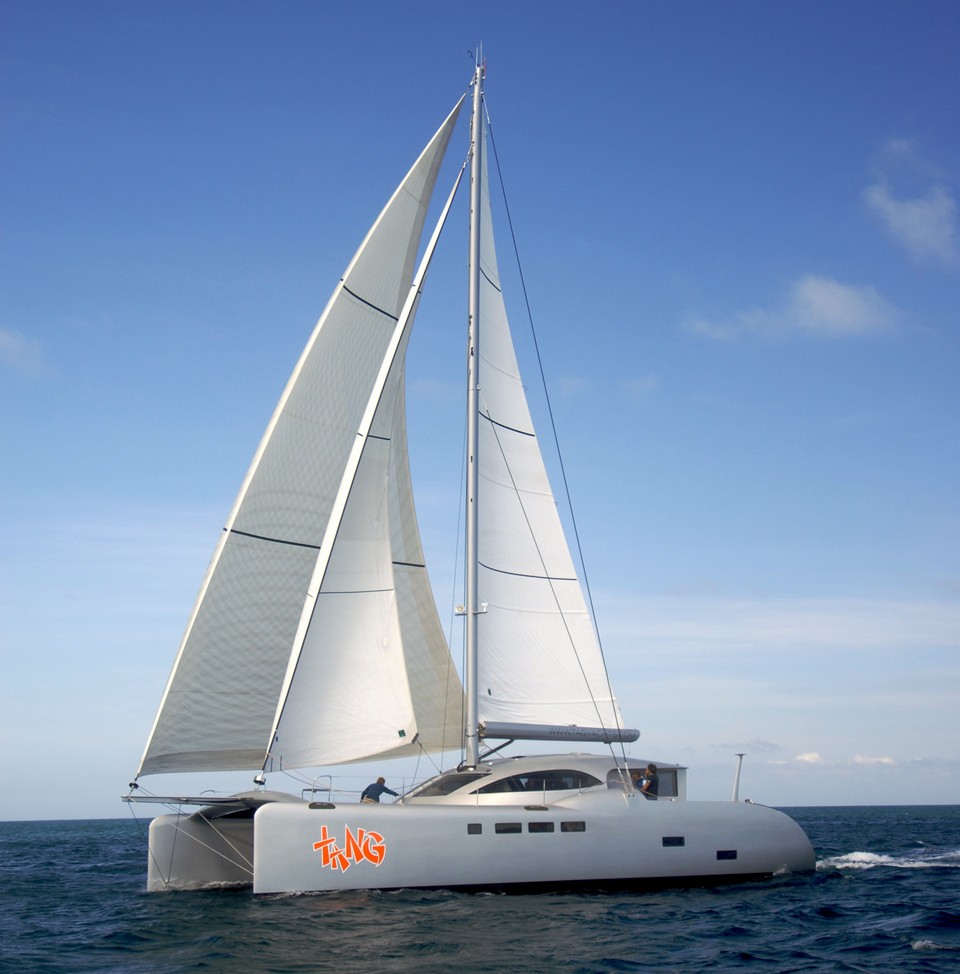 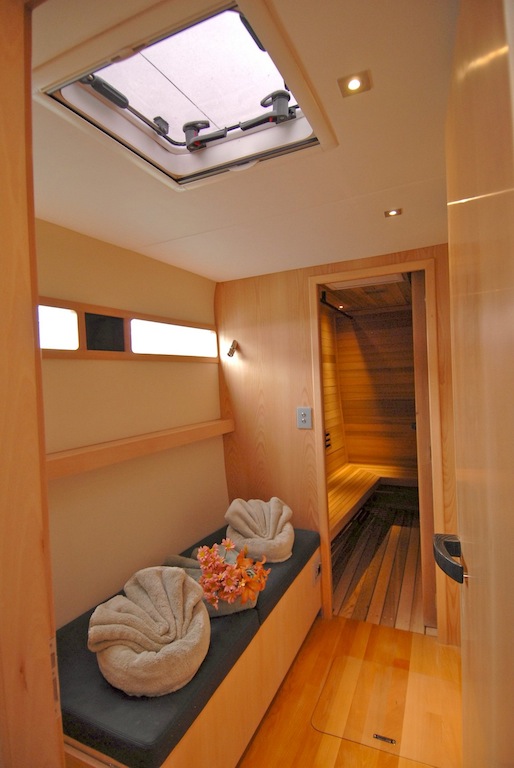 The boat on display in Miami, Tang, the first example to reach our shores, is hull #1, the prototype, which was built four years ago and has some unique features, like an in-boom furling mainsail and a built-in sauna in the port hull forward. 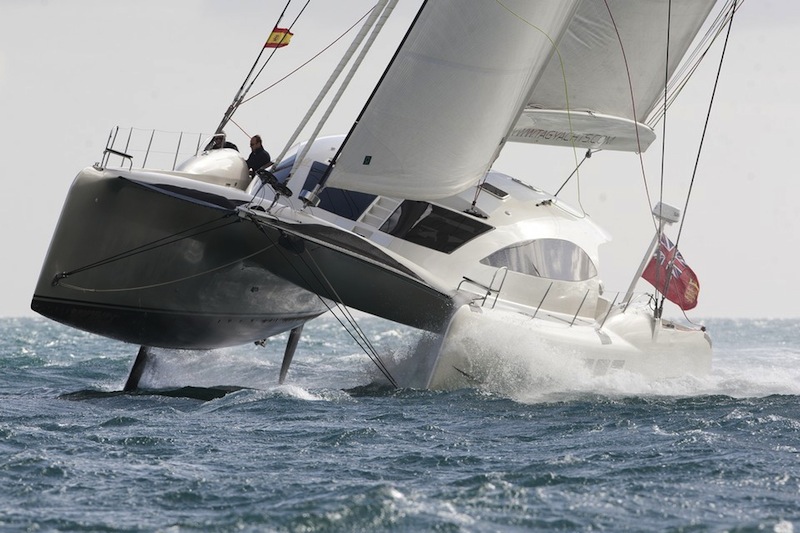 The guys at the show told me the boat is designed to a fly a hull while sailing and had the photos to prove it. Construction is all carbon fiber and epoxy; the rig is carbon, too, and features an optional pivoting wing-mast. Lightship displacement is about 27,000 pounds.

All yours for a price somewhere north of $3 million.