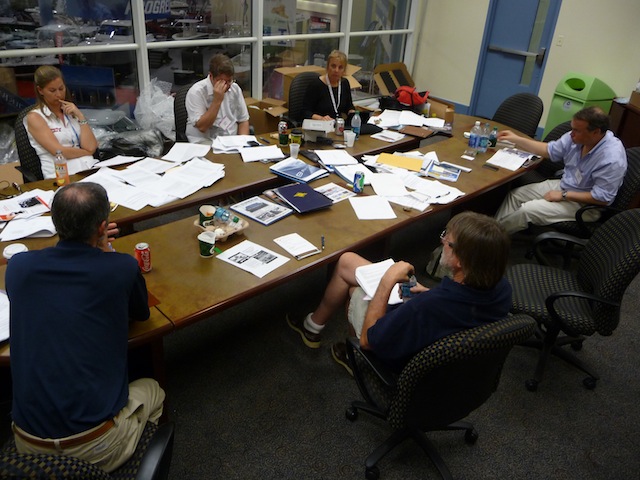 I’M JUST BACK from SoBe, where I served this week as a volunteer on the NMMA Innovation Awards judging panel. My fellow judges and I, led by Der Panel Fuehrer Zuzana Prochazka, first spent two days dodging forklifts and golf carts as we ran around interrogating innocent flacks and techs who were trying to set up for the Miami International Boat Show. We then retired to our Situation Room (see photo up top) high above the floor of the Miami Beach Convention Center and cast tea leaves and chicken entrails to select the show’s most innovative new products and boats.

I found it to be a gratifying experience. I got to hang out in Miami Beach in February, I got to hob-nob with fellow boating scribes, plus I got to peek into corners of the industry we sailors normally don’t think about. Example: this year I learned that the late-breaking trend in the powerboat world is called “coving.” Evidently, it’s a revolutionary concept: instead of running around burning expensive fuel all day, you head straight to some scenic cove, drop anchor, and hang out for a while.

What won’t these guys think of next? 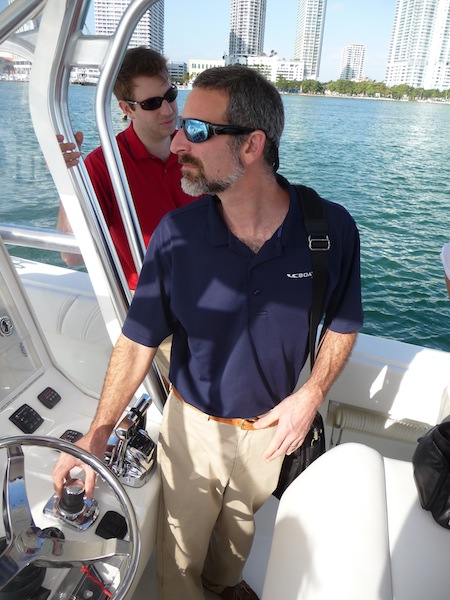 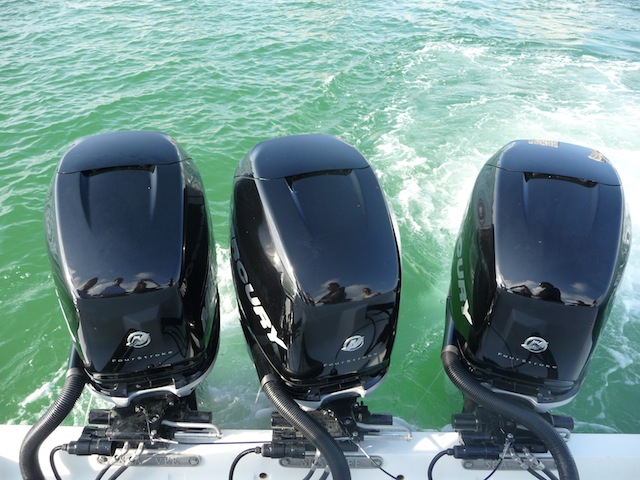 Even though they now try to run them less, powerboat people still like to have BIG engines. These three Mercury outboards are steered independently and are controlled by Mercury’s new joystick control system (that’s fishing guru Lenny Rudow tickling the stick there). With this gizmo you can even pull the boat sideways or hold it on station automatically 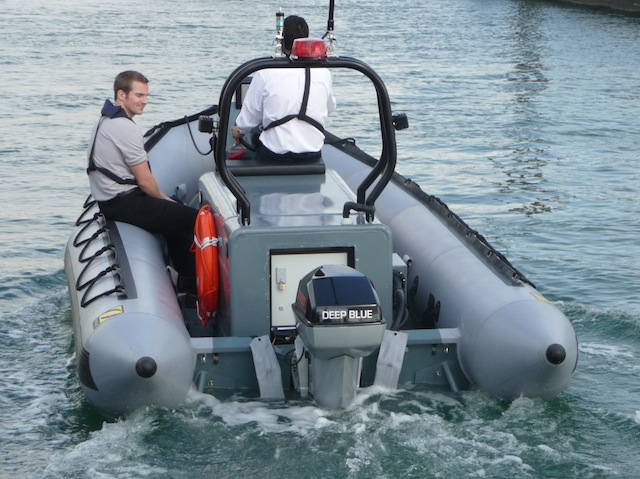 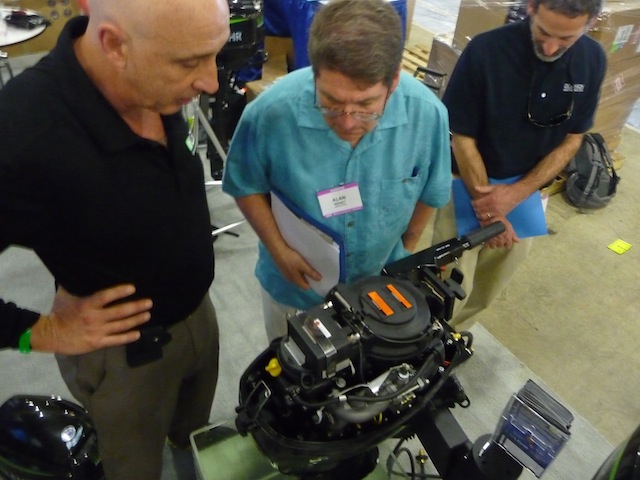 Even propane outboards are growing up. Here’s Bernardo Herzer showing us his new 9.9-hp Lehr outboard. It carries a small cranking battery under the cowling and has push-button starting 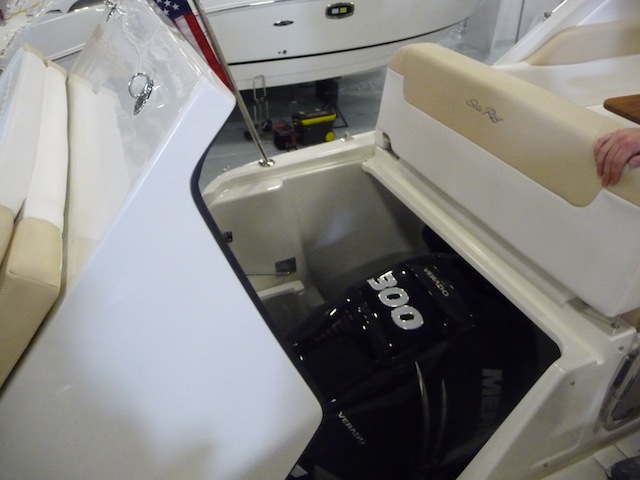 Putting outboards under wraps is another new idea. The twin 300s on this mid-size Sea Ray 370 Venture live in separate covered wells on the boat’s aft quarters 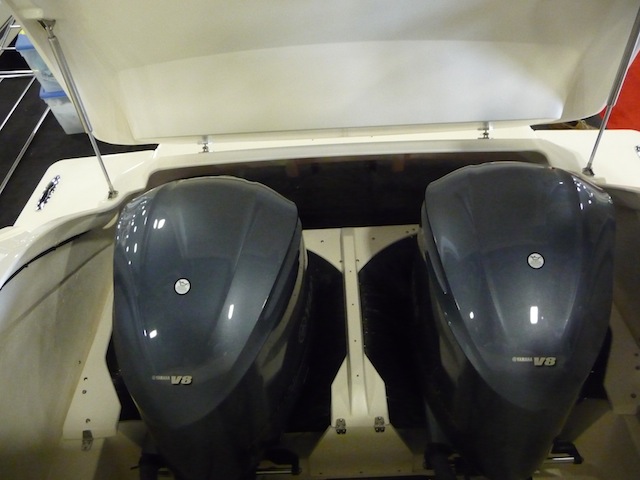 On the Pursuit SC 365i, meanwhile, you get twin engines in one central covered well 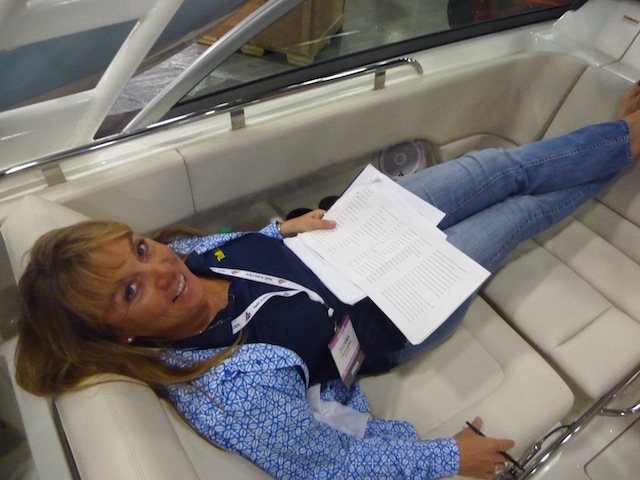 Innovative seating is another big trend. Here’s Zuzana field-testing the power-lounging options on one boat we inspected 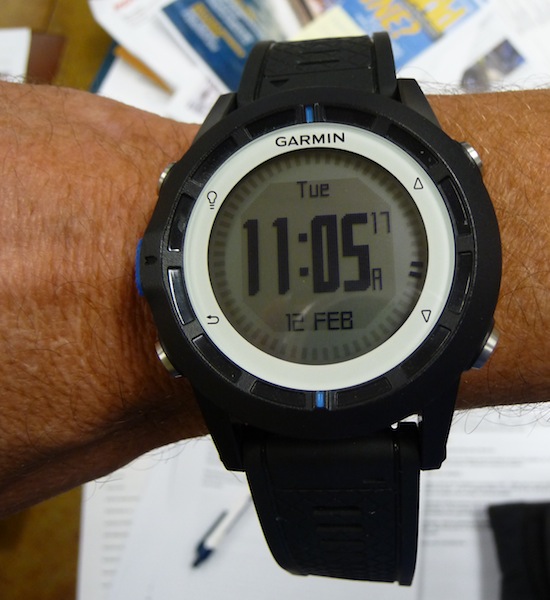 Garmin’s new Quatix GPS watch. Yes, it does function as a portable GPS navigator, but you can also interface it wirelessly with other Garmin equipment to both control the equipment remotely and stream data to the watch. It’s an MOB fob, plus it has an altimeter, a barometer, a thermometer, and is loaded with tide tables for nearly everywhere. I think it can even tell time, too 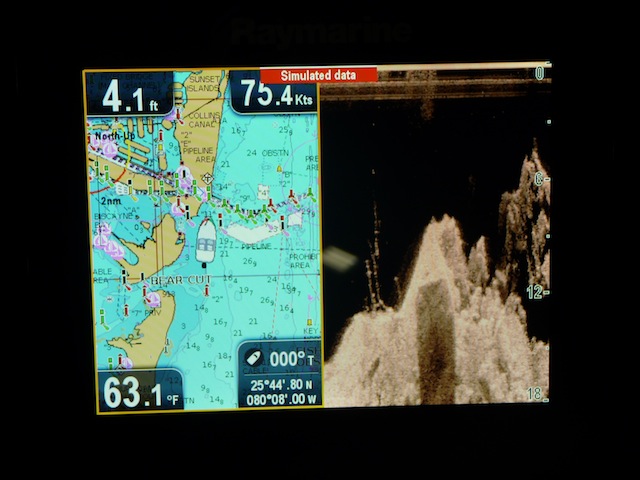 Raymarine’s new Dragonfly Sonar is pretty remarkable. It offers up near photo-quality bottom imagery at unprecedented depths… and unprecedented prices 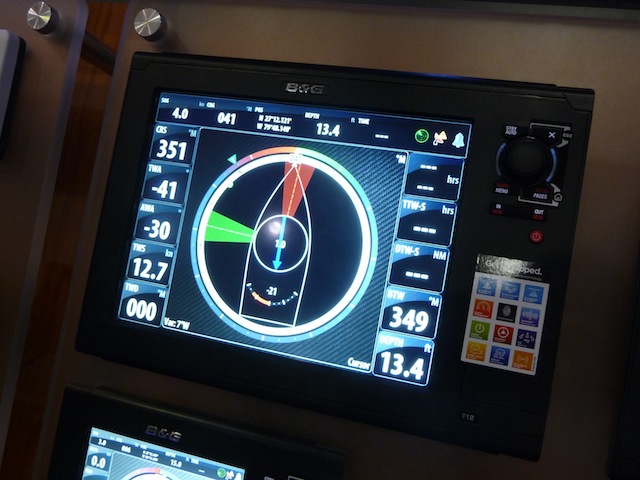 All told we checked out 50 entries and picked winners in eight categories (four categories with entries had no winners). My fellow judges were Nigel Calder, Anne Key, Lenny Rudow, Alan Wendt, Jason Wood, and Zuzana Prochazka. Our decisions were announced yesterday morning just before the show opened. 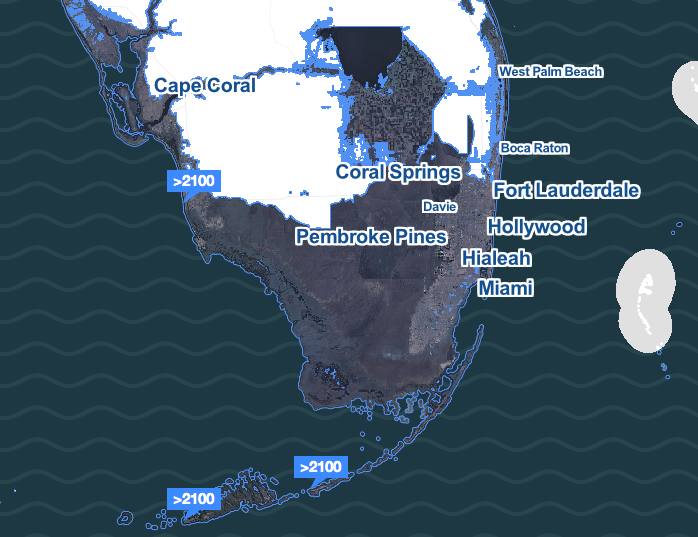