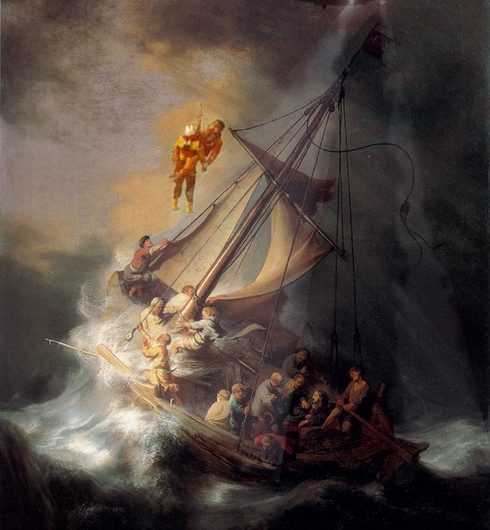 Should taxpayers have to spend large sums of money rescuing overzealous sailors who get into trouble they might easily have avoided? Should they pay to rescue sailors who don’t actually need rescuing in the first place? Questions like this are bubbling up into the public consciousness, thanks to teen sailor Abby Sunderland, who was recently plucked at great public expense from her dismasted boat after she foolishly tried to transit the southern Indian Ocean during winter.

Coincidentally (or not?), French legislators last week started debating a new law that would enable the French government to seek compensation from “people who have deliberately exposed themselves, without a legitimate motive stemming from their professional situation or a situation of emergency, to risks of which they could not have been unaware.” This, evidently, in reaction to a spate of expensive rescue operations financed by the French government, including the launching last year of a full-on commando raid to liberate bluewater sailors on a French yacht that was hijacked off Somalia.

In Abby’s case, rescue costs (born by the Australian and French governments, and by private French fishermen) are estimated to be on the order of $300,000. Abby’s family have frankly admitted they can’t afford to reimburse anyone, and Australian SAR authorities, who flew planes out to check on Abby’s status, have graciously announced they aren’t expecting any compensation.

Those with long memories may recall the Australians weren’t nearly so gracious back in 1995, when they rescued French solo sailor Isabelle Autissier after she was dismasted during the BOC Challenge round-the-world race. The Aussies back then made lots of grumpy noises about charging for their trouble (though, ultimately, they did not press a claim). This is more than a little ironic, considering that Autissier was an exceedingly competent, internationally known ocean racer participating in a internationally recognized event being run at an appropriate time of year. Abby, on the other hand, was simply an underage neophyte doing something blatantly foolhardy as a publicity stunt.

I suspect the public at large doesn’t really understand how often we sailors ask to get rescued. My guess is the number of idiots, as a percentage of the total sailing population, who get themselves into trouble unreasonably has probably remained fairly constant. But the fact that it is now so easy to call for help, thanks to modern satellite distress-signalling technology, has surely increased the number of distress calls made by such people. Satellite communications have also greatly increased the number of relatively inexperienced people engaged in more-or-less reasonable voyages who call for help when they don’t really need it. I can cite any number of examples here. The most compelling, from my own experience, involves a cruising rally participant who once pressed the panic button and called for an offshore evacuation from his vessel simply because he was intimidated by a weather forecast.

Lest the public wake up someday and start demanding that recreational bluewater sailing be banned, or some such nonsense, I think it behooves us to get a handle on this situation. Though I would hate to see any sailor preemptively prohibited from setting out on a passage, I don’t think it is unreasonable to evaluate a situation retroactively when a sailor asks the public to spend money to pull his or her butt out of trouble.

I propose then that an adjudicatory body be formed within the International Maritime Organization, and that said body be empowered to rule on a case-by-case basis as to whether mariners are liable for rescue costs. Liability would be appropriate, I think, in situations where a mariner embarks on an unreasonably unsafe voyage and/or where a mariner initiates a distress call without truly being in a life-threatening situation. Yes, of course, these are not purely objective standards, but courts often answer such questions in other contexts. The concept of the “reasonable man” (ah, I remember him well) is a useful myth that has informed jurisprudence for centuries. There’s no reason why a well informed admiralty judge can’t make rulings like this in a fair and consistent manner.

It obviously would be burdensome to adjudicate every distress call. Claims therefore should be brought only at the discretion of rescuers who feel they have shouldered an unreasonable burden and are therefore entitled to compensation. It might also be prudent to impose liability on third parties who sponsor, finance, or manage and supervise the voyages in question.

If such a system were put in place, I suspect the poor Sunderlands might think twice before sending any more of their many progeny out on a world tour. It should also make it harder for all those tempted to play this lamentable youngest-sailor-to-circumnavigate game to launch such voyages in the first place.