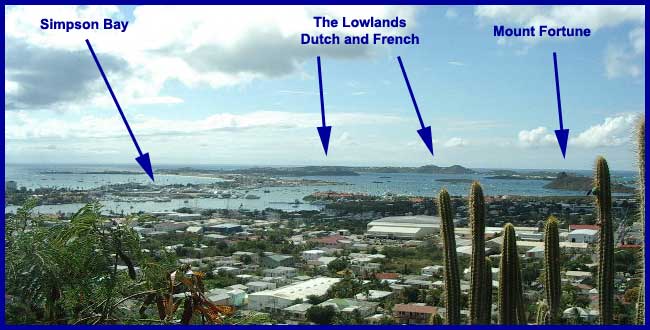 Here’s one interesting weirdness about this tragic Mike-Got-Mauled-On-His-Boat tale: initial reports, which basically came verbatim from the victim himself, had the location all wrong. First it happened in Martinique, or in Guadeloupe, then finally it was St. Martin. The Aussie Sail-World site (which I believe originally reported the location as Guadeloupe, though they seem to have covered their tracks on this) has just posted another missive from Mike, in which the ex-paraplegic thrill-seeker shares a few more details re the attack. Turns out Mike was in fact anchored inside Simpson Bay Lagoon, near the Witch’s Tit (aka Mt. Fortune, which is identified in the photo above). This is not exactly the most heavily trafficked area of the Lagoon, but it certainly isn’t the most remote either.

Seeing as how I’ve kept Lunacy in St. Martin the past two winters (though not in the Lagoon) and have frequently cruised and raced there with friends and family, this is a sobering piece of news, to be sure. 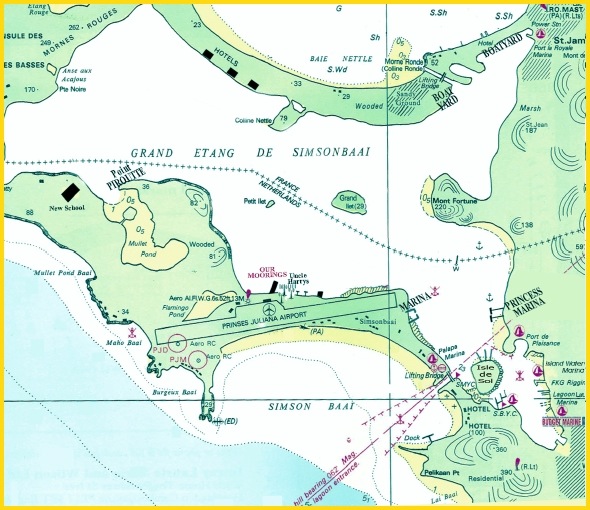 Harker’s fate, predictably enough, has also added a few logs on the fire of the never-ending should-cruisers-carry-guns debate, so I thought I may as well toss in a small faggot of my own.

If you read Harker’s account, both the latest one at Sail-World, and the original one at Latitude 38, you’ll note that the reason he got beat up so badly is because he resisted. Indeed, it seems he got in some pretty good licks and drew a bit of blood himself, which isn’t too surprising if you know anything about Mike Harker. When push comes to shove, however, most people have no idea how they’ll react in situations like this, unless they’ve been trained to deal with them. I remember, for example, one friend of mine from when I lived in the wilds of Brooklyn–a real overweight marshmallow of a guy–who got beat senseless after he put up a huge fight against four guys who tried to rob him on the street one day. Considering he only had 35 cents in his pocket at the time, it wasn’t exactly a percentage move.

You may or may not be able to refrain from struggling with people who try to steal your stuff, but you certainly have a great deal of control over what weapons you might have at your disposal. If a gun is one of them, you are raising the stakes in any fight considerably and are greatly increasing the chances that someone (including you or someone you care about) will be mortally injured. Exhibit Number One here is the legendary Peter Blake, who was shot to death one night on the Amazon River in December 2001, after he brandished a gun against armed bandits who had boarded his boat.

So you have to ask yourself: just how important is your stuff??? Me personally… I’m not that attached to mine. Indeed, the lesson I take away from Mike’s story isn’t that I need a gun on my boat, but rather that I need to keep enough cash onboard to make any thieves feel I was worth robbing in the first place.

Although, again, I can’t say for sure I won’t put up a fight. The one time I almost got robbed while cruising, standing in a huge crowd after attending a concert in Banjul, Gambia, I was very surprised at how aggressive I got. I really went after the guy I caught trying to pick my pocket and was lucky I had a crowd around to chill me out. If I’d been alone, or if I had a gun in my hand, I might have done something really stupid. 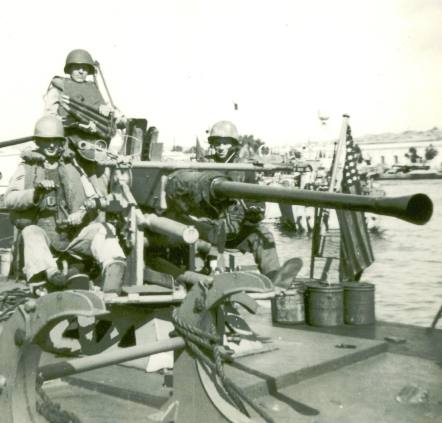 Of course, sometimes a gun is in fact just what you need. If you are underway and are approached by a threatening vessel, being able to brandish a firearm and perhaps fire off a warning shot or two could easily save you much unpleasantness. But this is really the only situation I can think of where a gun makes any sense at all. Once an intruder is actually aboard your vessel, I believe you are much better off without one.

NOTE: In my original post on this I, too, had the location of the attack as Martinique. I changed the text of the post as soon as I learned otherwise.