Here’s an interesting item my neighbor and erstwhile shipmate Jeff Bolster recently pointed me at. You may recall his Valiant 40, Chanticleer, was unfortunately parked last summer in Road Town, Tortola, and was dismasted in Hurricane Irma last September. He now has the boat in Kittery, Maine, for a refit (she motored on her own bottom from Tortola to St. Thomas, traveled by ship to Florida, then by truck to Maine), and he was thinking this new headsail system from Elvstrom might be worth trying out.

The basic concept, a symmetric pair of matching headsails for flying wing-and-wing at deep downwind angles, has been around a long time and was once considered de rigeur for bluewater cruisers running down the trades. It’s much easier to get a boat to sail itself downwind with a rig like this, and in the days before reliable self-steering gear this was an important feature. What’s new about the Elvstrom system, dubbed the Blue Water Runner, is these twins are set together on a single torque rope and are controlled with one continuous-line furler.

A very cool idea, I think. Check out these videos from Elvstrom:

I blogged about a similar system that an acquaintance of mine, Iain Simpson, made up himself a few years back. As can be done with this Elvstrom system, Iain flies his two sails on top of each other when he just needs one headsail for reaching or going upwind. 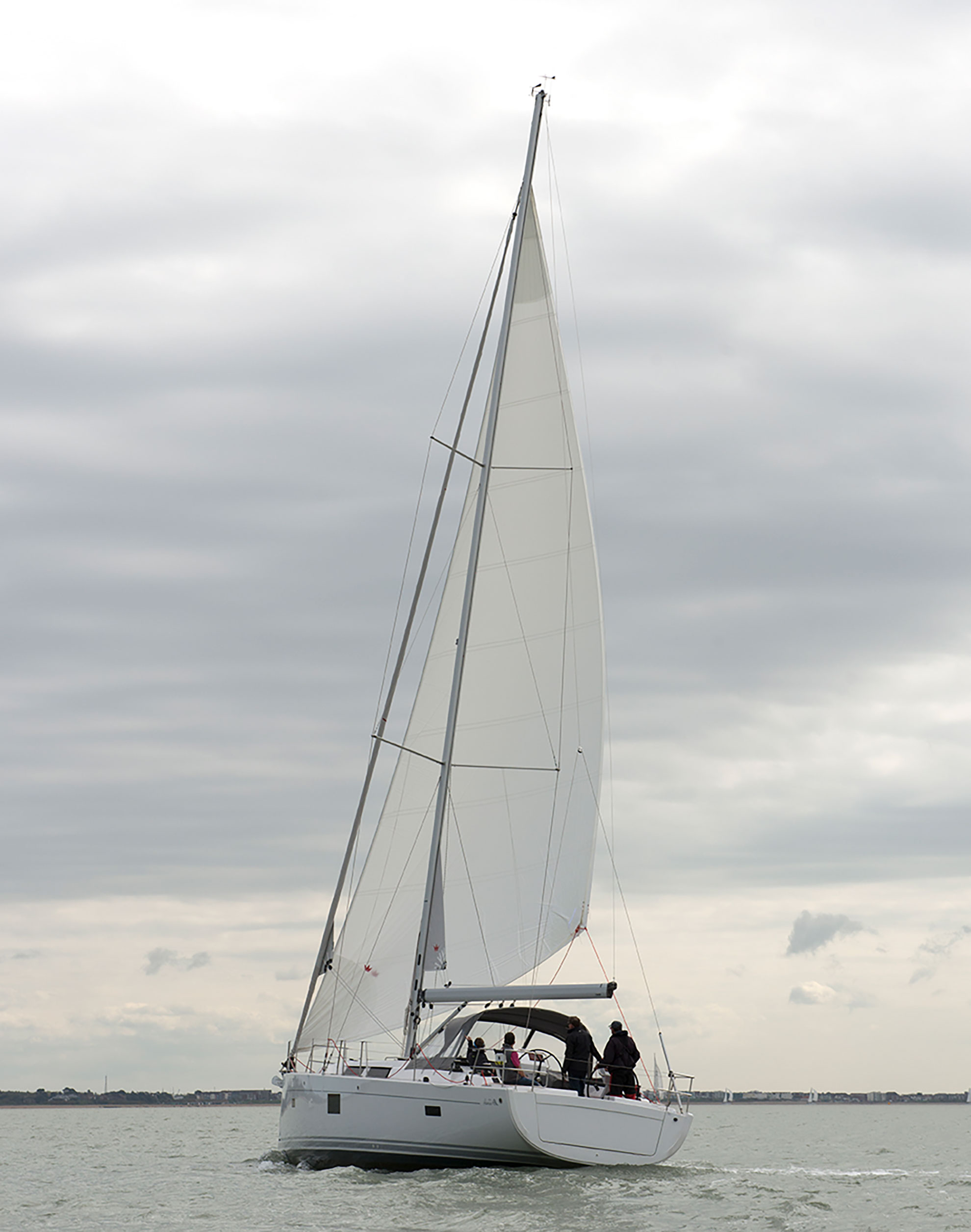 The big difference is that Iain sets his twins from a regular rigid furling rod instead of from a flexible torque rope.

1. You’ll see on the relevant web page that Elvstrom describes the cloth used for these sails as “light Spi Polyester cloth.” I’m not sure what this is or how light it is, though it does look pretty light in that first video shot in the sail loft. Every spinnaker I ever met was made of nylon. With two sails made of this “light polyester” rolled up around one torque rope you could end up with something fairly heavy that is hard to handle and stow when furled. As in the rolled-up sails will be very stiff and hard to fold down into a bag. In my experience headsails that set on torque ropes (I had one on old Lunacy) are super-light laminated sails.

2. It will not be possible to reef this rig. Setting the sails with a continuous-line furler it will be all out or all in. With Iain’s rig, because the sails are on a furling rod, I assume reefing is possible.

3. Poles! I don’t expect you can fly the twins without them except in really flat water. As seen in the second video and the lead photo the main boom can be used to help support one sail. A whisker or spinnaker pole could support the other one. (Or you could just use two poles.)

4. Elvstrom isn’t suggesting this, but I expect you can fly a mainsail behind the splayed-out twins to increase your effective sail area downwind. Iain, you’ll note in my old post, does this with his rig. It would be very similar to flying a symmetric spinnaker with a mainsail, except in this case the “spinnaker” should be much easier to control.

5. In reaching/beating mode, when the sails are laying on top of each other, flying effectively as a single sail, your working headsail may not be any larger than your regular one. If your regular headsail is a proper genoa, it may even be smaller. The sails shown in this Elvstrom publicity are pretty high-cut. But on a boat like the Hanse shown by Elvstrom, which carries a self-tacking blade jib, the Blue Water Runner would serve as a larger headsail in single-sail mode. 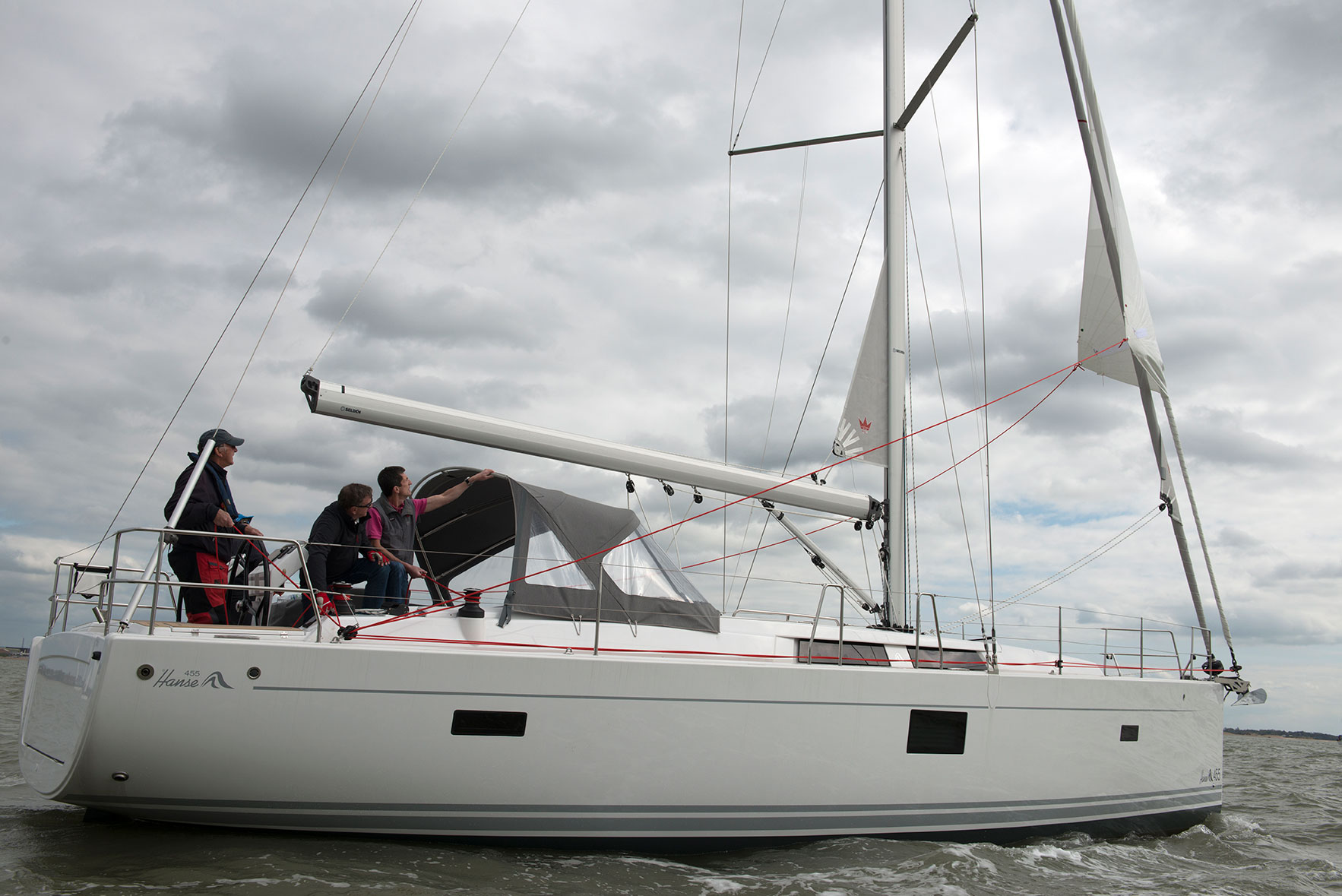 The Blue Water Runner all furled up

Personally I’m hoping Jeff plunks down for this kit so I can try it out. It might make good sense on my boat! 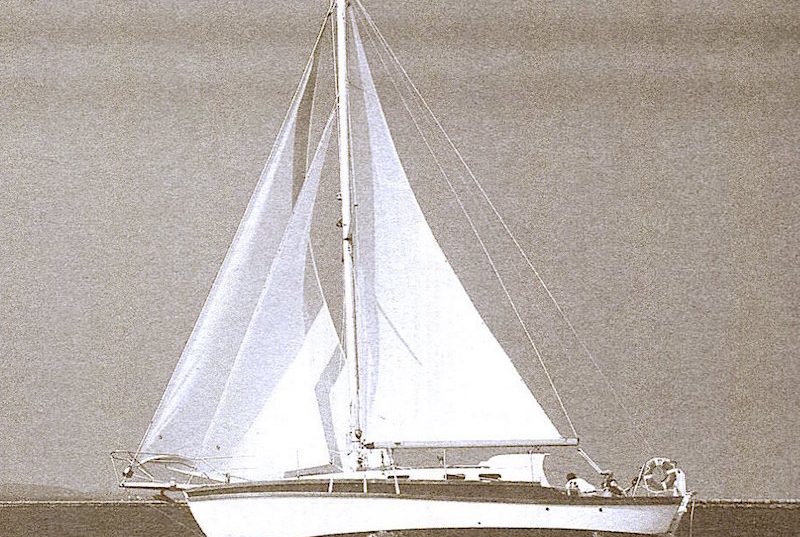 CRUISING SAILBOAT RIGS: Converting a Sloop to a Slutter 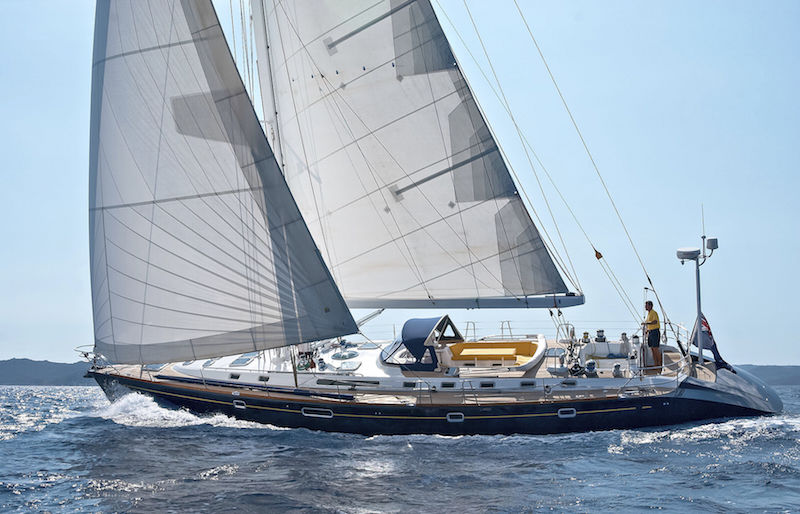