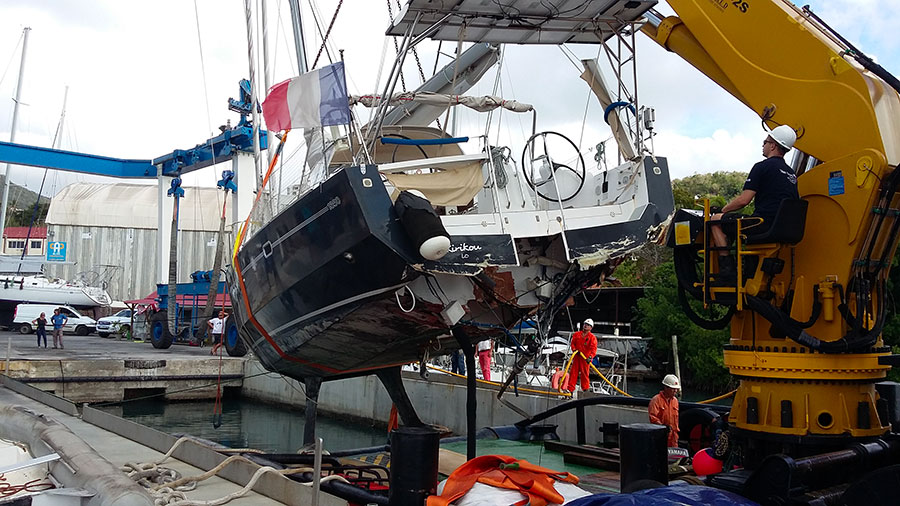 Late-breaking news from the W’Indies! Not one but two yachts have broken off moorings on the west coast of Saba in the past several days and both have ground ashore in Ladder Bay, a most inhospitable shore. The first was a sailboat, a French RM 1350, which reportedly was left on a mooring unattended while the family crew went ashore for a three-day holiday. The boat was refloated and towed to St. Martin, where it was hauled for repairs (see photo up top). An ugly bit of damage for sure.

Here’s a video showing the salvage operation. Note first all the swell coming in, on this the leeward side of the island. I’ve been here, and I can assure you this place barely qualifies as an open roadstead. I was nervous leaving my boat unattended on a mooring for a few hours, never mind days.

This reportedly was the third attempt to pull the boat off. What happened to the mooring, we’re told, is the line wrapped the keels (you’ll note there are two) or the rudder and chafed through. Watch the whole thing and you’ll see how quickly the boat wants to sink once it is free. I’m sure it took some fast work to keep it on the surface. 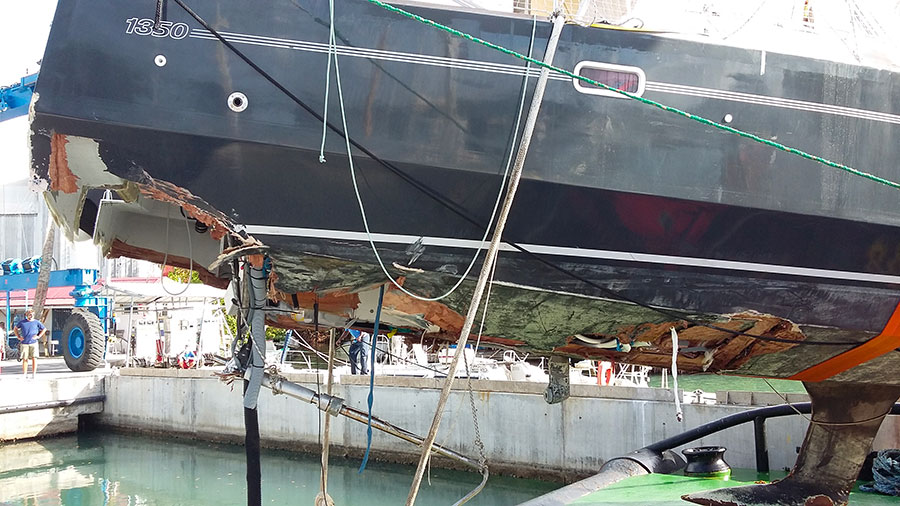 The rudder we see is all gone now. I think that thing that looks like a prop shaft is actually the remains of the rudderstock. The hull material, in case you’re wondering, is plywood.

A little over a week later a much larger 112-foot motoryacht went aground in the same place after breaking off another mooring.

Personally, if I had a 112-foot motoryacht I would never leave it on a strange mooring. According to the comments under the local news report, the crew was told they could use the mooring, but still I’d have taken that with a boulder-sized grain of salt if I were them. I’m also wondering if there was anyone aboard at the time. 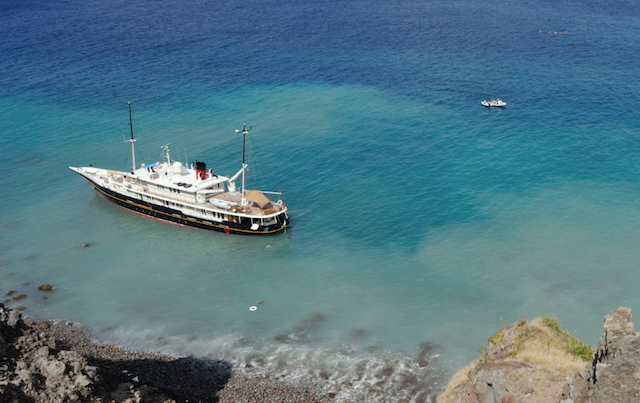 You can just see in this photo that the bowsprit was left on the mooring (upper right), which does suggest it was the boat rather than the mooring that failed. Unfortunately, there is now a god-awful diesel spill in the area that has fouled most of the west shore of the island.

The vessel itself, Elsa, is evidently registered as a research/survey vessel, flagged in Bermuda, but to me it sure looks like a yacht. 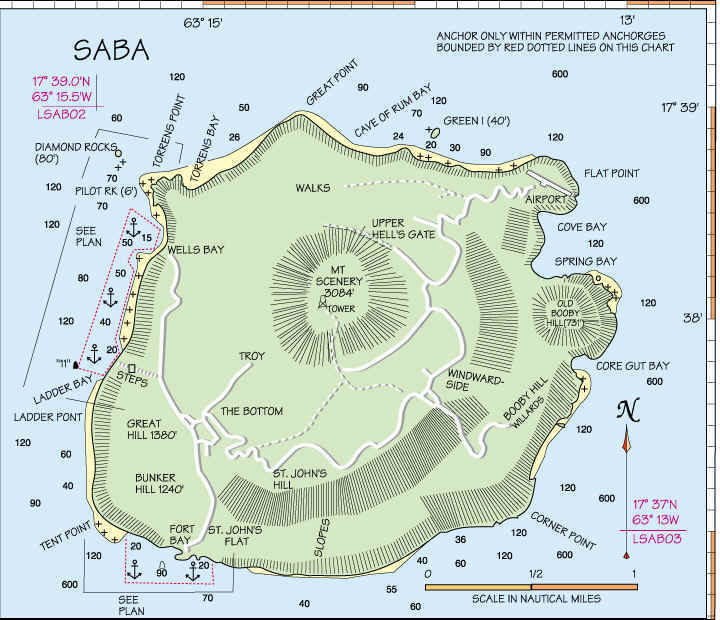 As you can see on the map here, Ladder Bay is not really a bay. It is barely a dent in the shoreline. It’s called Ladder Bay because before they built the quay at Fort Bay on the southern tip of the island this was where everything came ashore, up a very steep set of stairs. The island is incredibly steep. Everywhere. Dutch engineers came out and told the inhabitants it was too steep for roads, but the locals went ahead and built roads anyway. Same thing with the airport, which I hear is a very exciting place to land.

Great place to visit, but parking is definitely a problem!