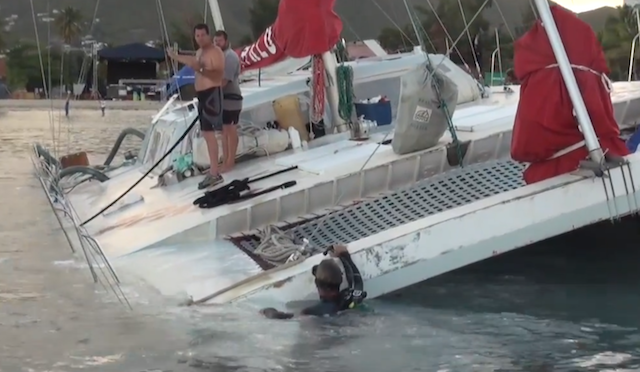 Gotta hand it to Randy West. He knows how to bounce right back after getting slapped down hard. You’ll recall his classic 75-foot Peter Spronk catamaran, Ppalu, sank last month in St. Maarten during the Heineken Regatta. (This right after Randy got done with a 7-month refit of the boat.) Now you can watch a properly produced Rick Moore video on how the old girl was salvaged:

You’ll also learn a bit about the history of the boat, starting with when Randy was one of 200 people who helped pick her up and walk her into the water when she was first launched in St. Maarten over 30 years ago. 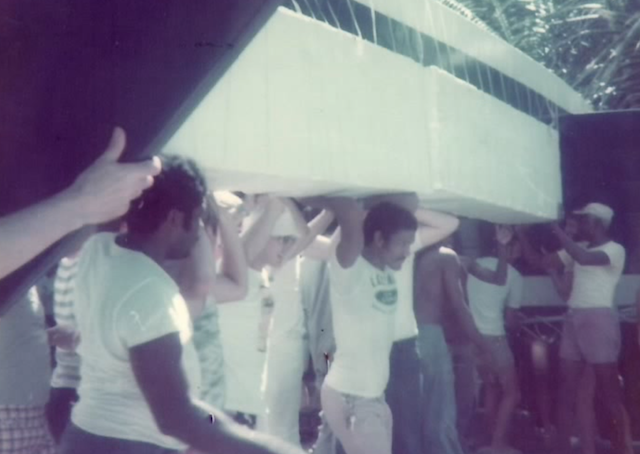 The salvage operation was pretty dicey, as the boat couldn’t be refloated on her hulls in situ. In the end they had to tow her with nothing but float bags holding her up, through the bridge into Simpson Bay Lagoon, right in the middle of the Heineken Regatta. 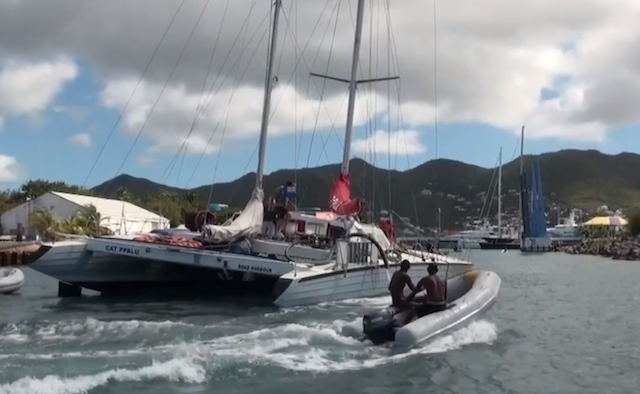 If she had slipped off the bags and sunk in the channel, that would have pretty much mashed up the regatta… and the whole Dutch side of the island, too!

The damage turned out to be extensive, as the bottom of much of the starboard hull had been ripped out. 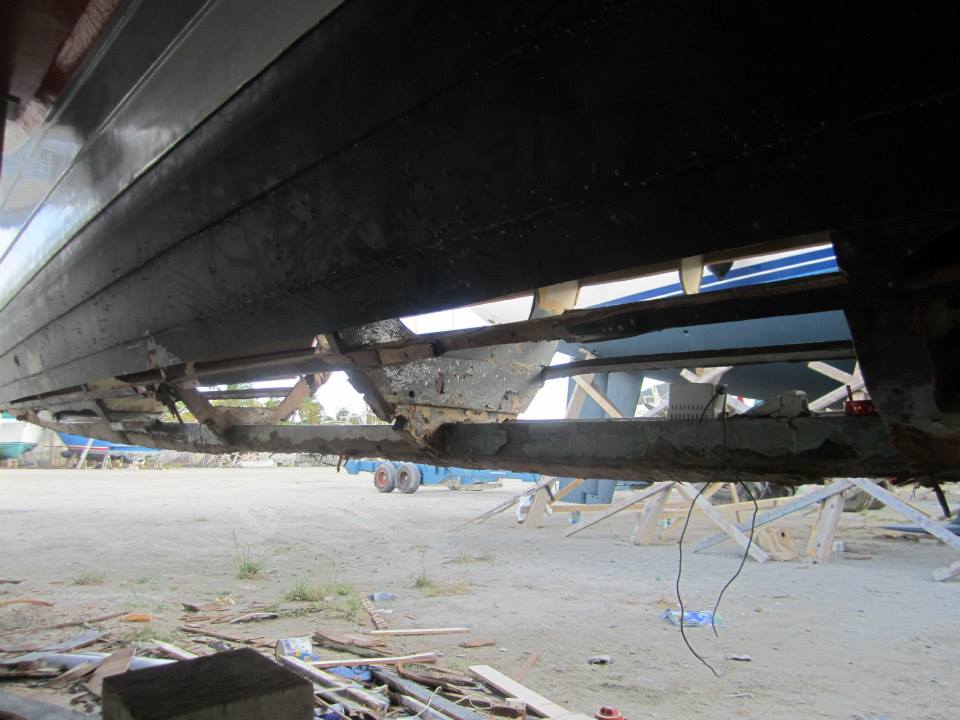 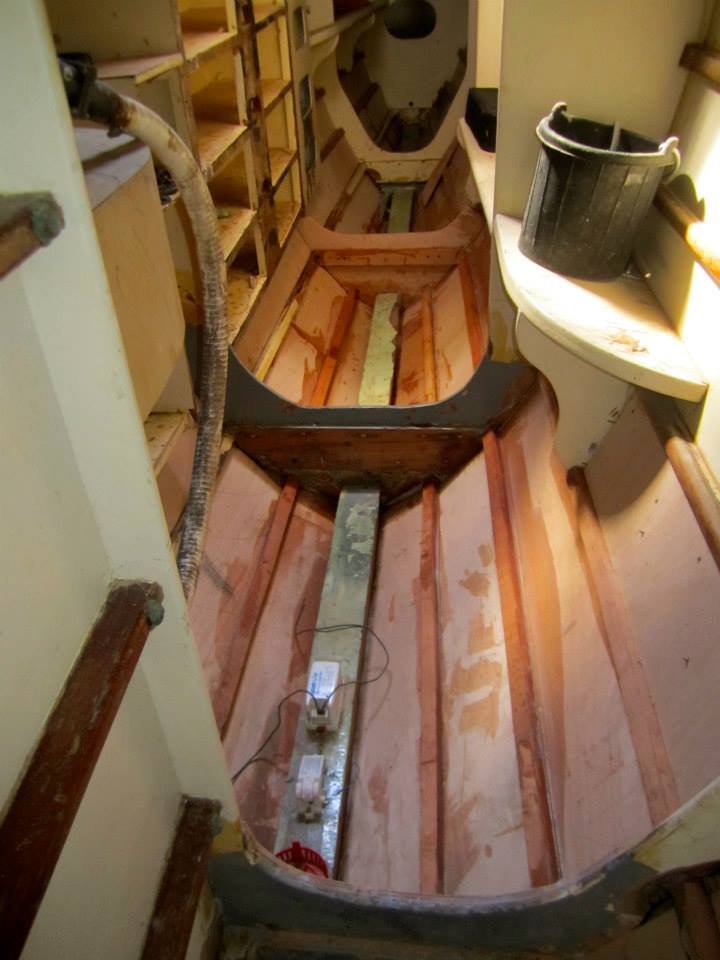 Repairs, as you can see, are well along. For more on that, and to help with finances if so inclined, you can check out Randy’s Project Ppalu Facebook page.

Really, as noted, the most impressive thing about the viddy is Randy’s attitude. He’s cool as a cucumber throughout. My favorite bit is a sanguine little flashback he experiences in the middle of the operation: “Never salvaged a boat before. Oh, no. Sixty-eight in the Bahamas. A freighter that went aground on James Point. We salvaged a Cadillac off the deck. Wasn’t anything like this.”