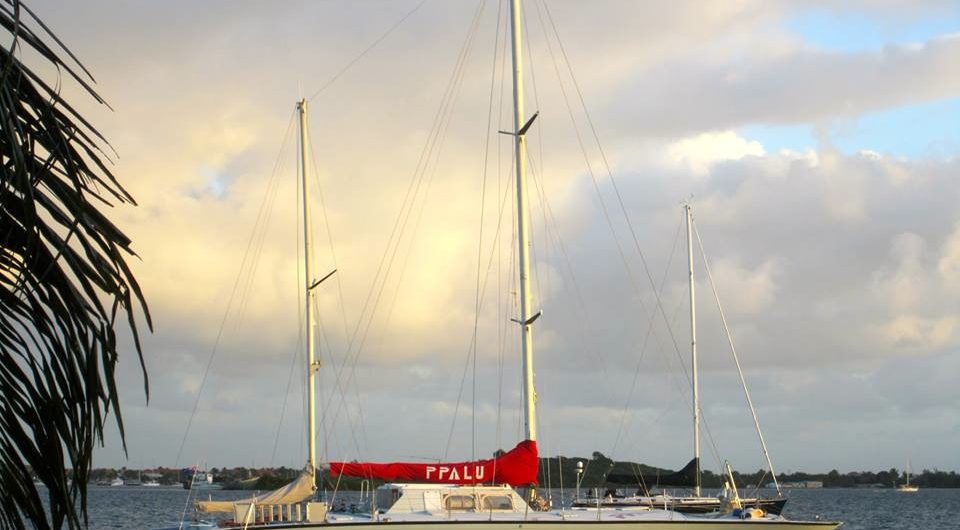 Major coincidence here, too, as Randy was in St. Maarten racing on the Gunboat 62 Tribe at the Heineken Regatta with, among others, Tribe‘s creator and original owner, Peter Johnstone, who has been resolutely ignoring some e-mails I sent him last week asking questions about the new Gunboat 60. I had just figured out where Peter was, and why he wasn’t answering e-mail, when I got word from Paul Gelder, ex-editor of Yachting Monthly in the UK, that Ppalu was in trouble.

I gather from the blurb on that YouTube video that Ppalu somehow dragged on to a reef and was holed while Randy was out racing. 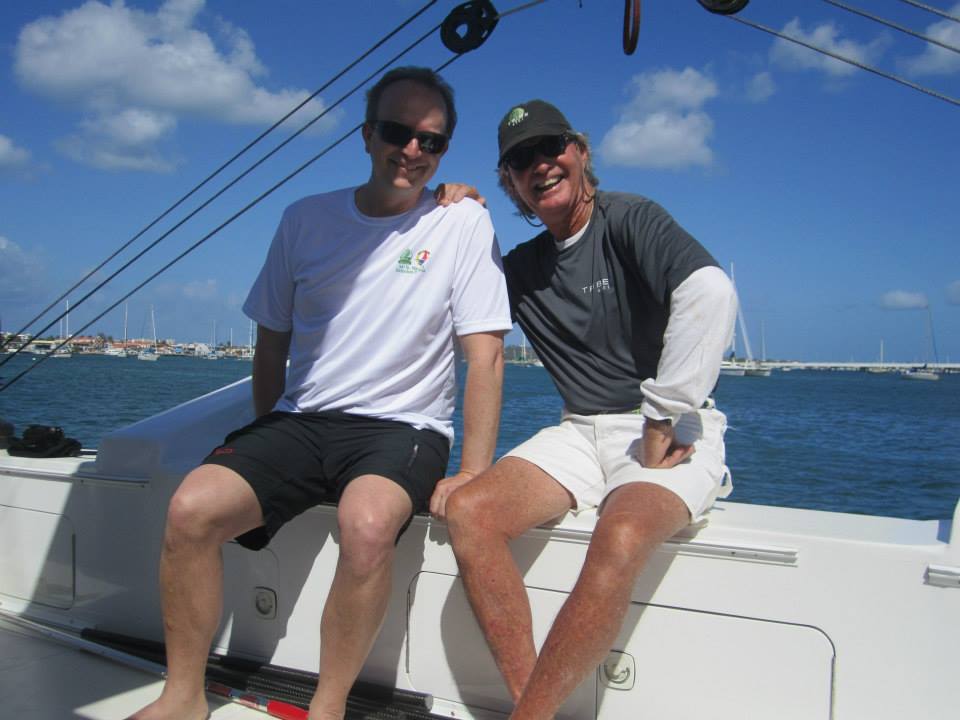 Old partners in crime. Peter Johnstone (left) and D. Randy (right) on Tribe this past weekend 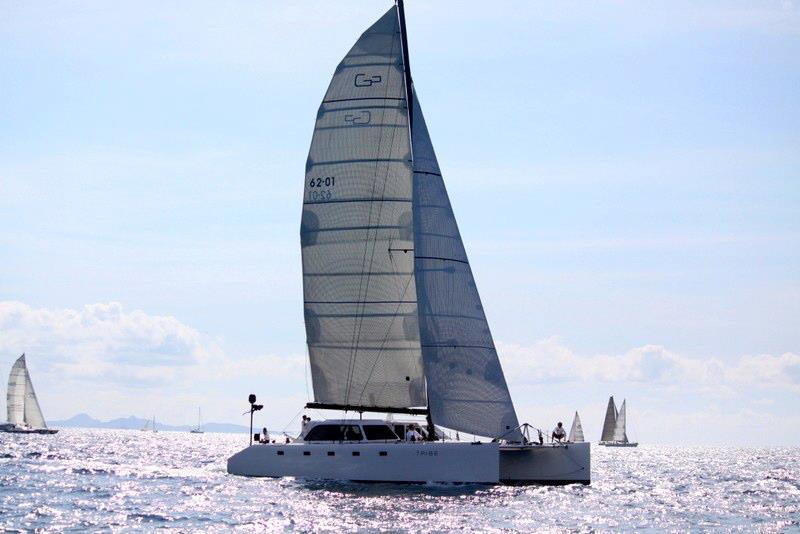 Tribe under sail last week. She was the Gunboat that started it all

Ppalu, when first launched in 1978 (Randy was actually on hand to help carry her into the water!) was purportedly, at 75 feet, the world’s largest catamaran at the time. Like many of Spronk’s boats, she was designed for the Caribbean charter trade, but was also unusually fast. 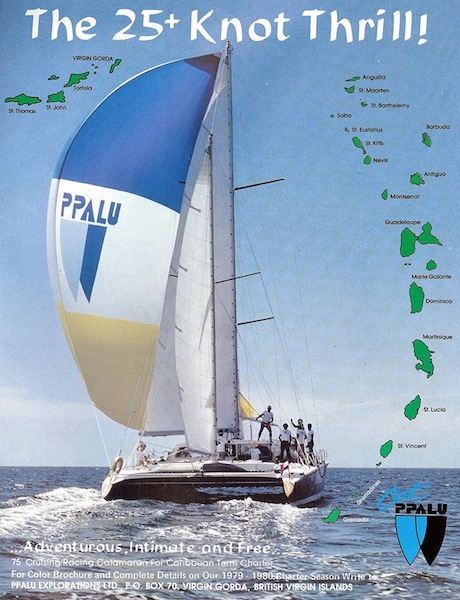 Magazine charter ad for Ppalu circa 1980 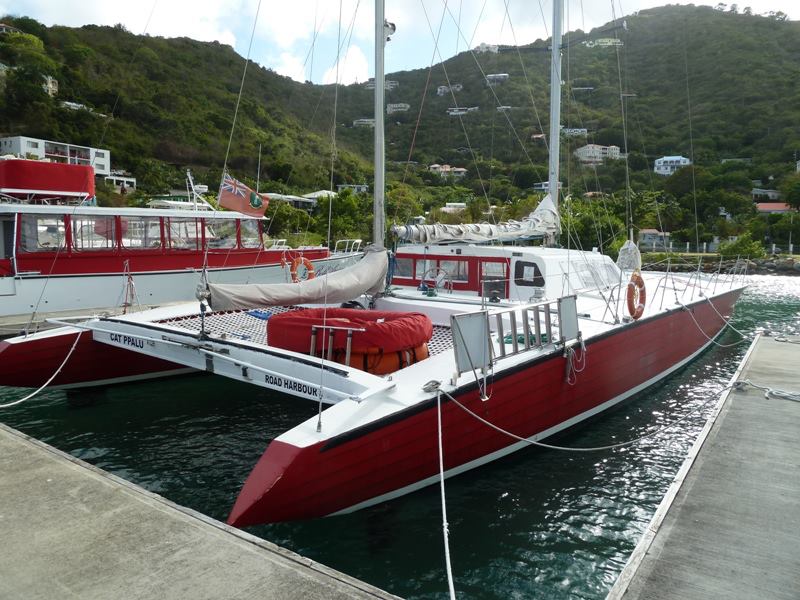 Ppalu about the time Randy bought her last year 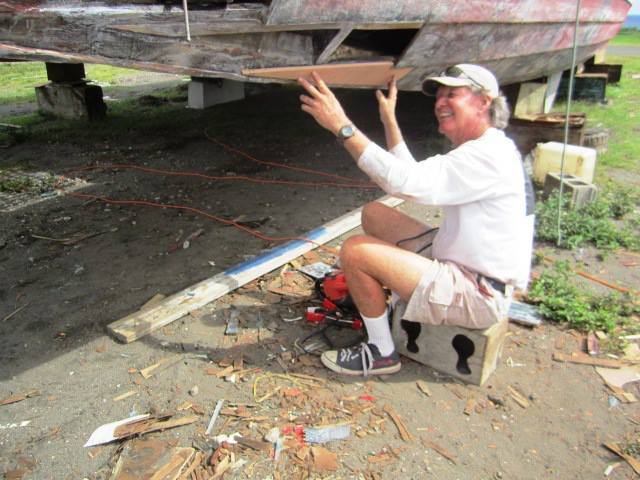 Randy at work renovating her on St. Kitts

As mentioned up top, D. Randy has waited a long, long time to lay hands on this boat. I’m sure he’ll move heaven and earth to get her floating again.