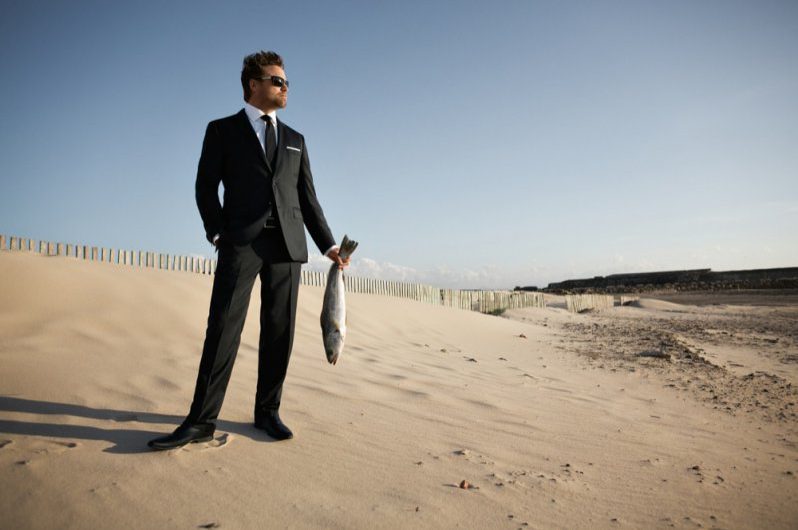 Who wouldn’t want to be Alex Thomson? He’s suave and sophisticated and has enjoyed the longest running full-on sponsorship in professional sailing. Hugo Boss has been financing his racing career since 2003 and recently re-upped with a new four-year deal. Alex was so pleased he scored a fancy new suit and went for a walk:

I don’t really follow fashion, so maybe someone out there can tell me what kind of suit it is. I think I’d like one just like it. 😉

I’ll take one of those boats, too. What really blows my mind is what a good job they do sailing it literally on its ear while Alex sashays up the spar. 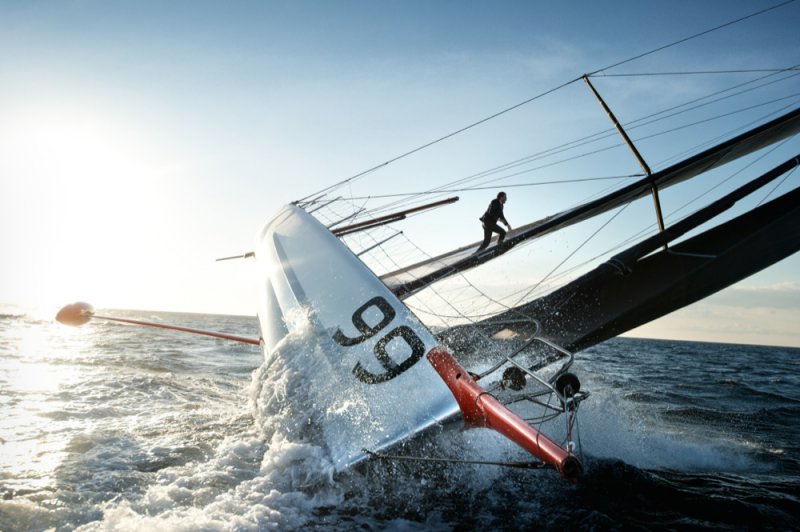 Compare this stunt to the last one from a couple of years ago, when Alex decided to go for a stroll on his keel, and you’ll see they have definitely improved their technique.

Thanks to Hugo Boss, Alex has a pretty nice schedule in front him: the 2014 Ocean Masters New York-Barcelona Race, the 2014 Barcelona World Race, and of course the 2016 Vendee Globe. 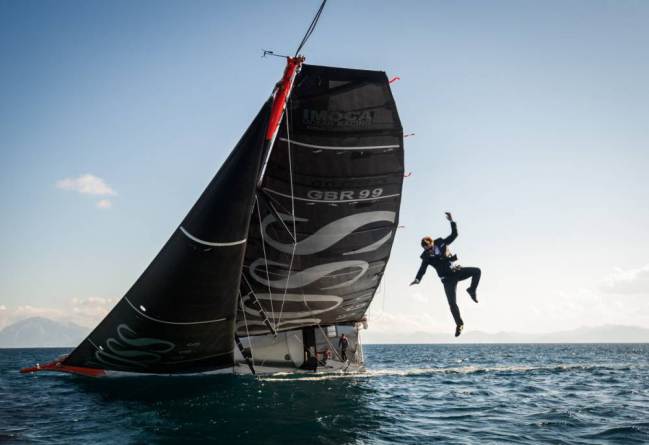 I’m sure he has a few more cool suits in his wardrobe as well.