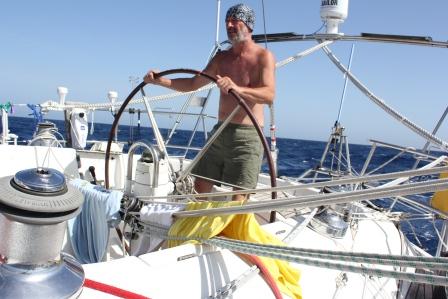 HE WAS THE FIRST profoundly deaf sailor to circumnavigate the British Isles (1981), the first sail a solo transat (2005), and now Gerry Hughes is going for the big enchilada: solo non-stop all the way around the world via the Southern Ocean. He left Troon, Scotland, on September 1 and is currently south of the Cape Verdes, about 700 miles north of the equator.

He’s already had a fair share of trouble. Tab through the updates on the news page on his website and you’ll see he’s been puzzling over a busted generator, roller-furler, and windvane since leaving Scotland and has been muttering about having to pull in somewhere for repairs. He was all set to put into the Cape Verdes to deal with the generator, but then managed to sort it out and keep going.

The boat he’s sailing, Quest III, is a Beneteau 42s7, a plain-vanilla stock production boat from the mid-1990s. 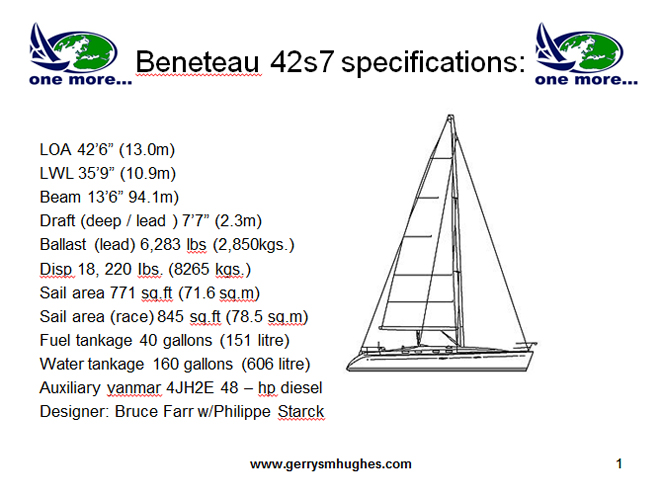 I’m not sure this would be my first choice for a sled to ride on a long trek through the Southern Ocean, but as they say: if you really want to go, you go with what you gots. I’m assuming he made some major mods before leaving, but I find no description of these on the site. 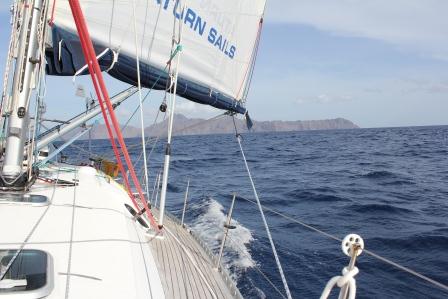 Quest passes the Cape Verdes. Will she make it past Cape Town???

Speaking of non-stop solo circumnavigations: my favorite crazy Italian guy, Alessandro di Benedetto, has found a sponsor, Team Plastique, and a boat (ex-Sobedo, originally launched in 2000 for Thomas Coville) and will be lining up in Les Sables D’Olonne to start in the Vendee Globe in November.

You may recall I was following Alessandro two years ago when he set a record sailing non-stop around the world in a 21-foot Mini. In spite of being dismasted short of Cape Horn, he managed to put up a jury rig and finish the voyage unassisted.

Here’s a nice pair of viddies memorializing that amazing adventure. I’m looking forward to following Alessandro in his run with the big boys! (Who knows? Maybe he and Gerry will bump into each other down there in the Roaring Forties.)