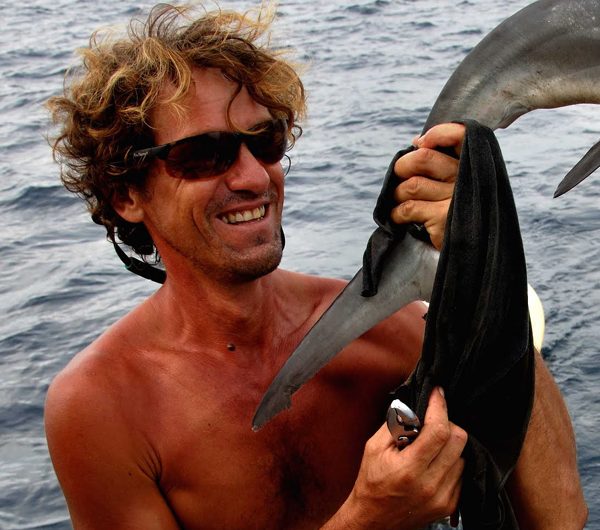 Looks like we’re going to have open up a Rape & Murder category here on WaveTrain. This time it’s a breaking story: Javier Martin, a Spanish national, is the top suspect in two sailing murders committed recently in Panama, and as I type he is the subject of an international manhunt.

The body of one victim, a French sailor named Jean-Pierre Bouhard, who apparently was shot with a .22 caliber gun, was discovered by divers on February 5, bound and tethered to an anchor. The body of what is presumed to be another victim, an American cruiser named Don North who has been missing since January, has yet to be discovered. But Martin has been connected to both men and both their boats have turned up empty with their names changed. In the case of Bouhard, Martin was seen operating Bouhard’s vessel, a 50-foot aluminum catamaran named Levante, soon after Bouhard disappeared.

The chronology of events is confusing, to say the least, but evidence is accumulating rapidly. If you want to delve into all the many gory details, check out Panama-Guide.com, which is run by an extremely zealous online expatriate journalist named Don Winner, who, by his own account, has been point man in the investigation. Winner has been posting articles about Martin steadily ever since February 10 (last Thursday), soon after he connected with Don North’s nephew, Ezra, who came to Panama looking for his missing uncle.

Meanwhile, here’s the short version: It is known that Martin formerly owned a boat named Twyla, on which he ran a charter service, carrying backpacker tourists between Cartagena, Colombia, and the San Blas islands off Panama. At some point Martin allegedly “crashed” Twyla in the San Blas and lost her. Subsequently he has been identified as having crewed for (or worked as skipper for) both Bouhard and North aboard their boats. Witnesses saw Bouhard and Martin arguing aboard Bouhard’s Levante after Bouhard refused to sell Martin the boat on credit. Martin, apparently, was briefly detained by Panamanian authorities after Bouhard went missing but was released.

Another boat named Green Twilight turned up empty last Thursday or Friday and was seized by the Panamanian border police. By Saturday it had been positively identified as having been Don North’s boat Windancer. On Saturday Bouhard’s Levante was also discovered in a marina with no one aboard; its name had been changed to Twyss and .22 caliber shell casings were found in its tender. Forensics investigations on the boats were conducted today and will continue tomorrow.

All facts and photos here are courtesy of Don Winner and the Panama Guide.

UPDATE: Tuesday Feb. 15… Javier Martin has been arrested by the authorities in Panama. You can watch Don Winner and Ezra North discussing the case on TV at this link here. Warning: You need to speak Spanish to understand what they’re saying! Don North’s body still has not been found.