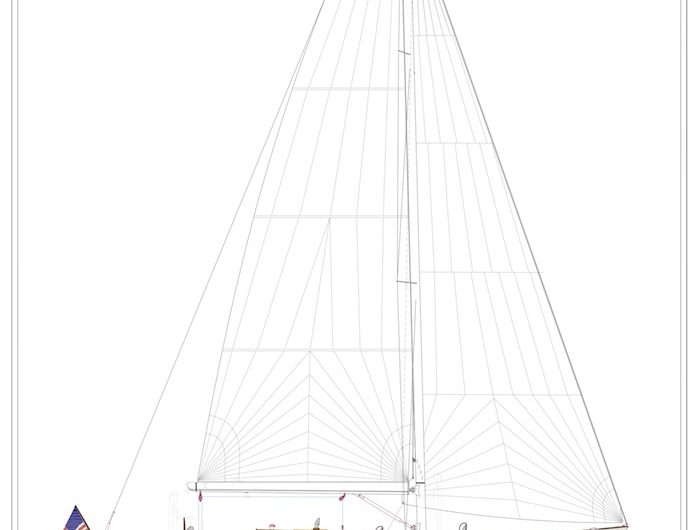 Just had a conversation last week with Bruce Johnson, chief designer at S&S, about this new “modern traditional” concept design they’re floating. Bruce describes it as a scaled-down version of the 56-foot S&S sloop Anna that was launched at Brooklin Boat Yard in Maine back in 2007. Apparently Anna has inspired some lust in the hearts of more than a few sailors (Bruce mentioned in particular a group in Martha’s Vineyard) who have nevertheless balked at her price tag. Where Anna cost about $2 million to build, Bruce estimates this somewhat smaller vessel can be had in cold-molded wood for about $1.15 million, or in fiberglass for somewhere south of a million.

Not that I expect too many of you have that kind of change lying around. But you can dream, can’t you? Personally, I could look at the lines of boats like this all day without getting bored.

Back in the summer of ’07, when Anna made her debut, I had a chance to sail both aboard her and her much older cousin, Dorade, the famous 52-foot yawl with which Olin Stephens first established his reputation way back in 1929. This was an enormous treat, of course, and it gave me a chance to closely compare the “modern traditional” sailing experience with the “vintage traditional” experience.

The most obvious difference between the two boats was their speed potential. With her much lighter cold-molded hull, carbon spars, rod rigging, and thoroughly modern underbody (very similar to the lines for the Classic 48 you see here), Anna was considerably more nimble than her full-keel, carvel-planked, wooden-sparred predecessor Dorade. The difference was neatly quantified in that summer’s classic Eggemoggin Reach Regatta, which was held on the fog-enshrouded waters of Jericho Bay in Maine. Anna had the best elapsed time in the event, followed next by Dorade, which was seven minutes slower over a 16-mile course.

Anna‘s helm also has a much lighter feel to it, exactly like any other well designed modern boat with a spade rudder turned by a wheel. Though I didn’t get a chance to steer Dorade (we were racing, and I was relegated to working the mizzen mast), I could tell that handling her tiller must be a work-out in various conditions. Though, I have to say, her owner at the time, octogenarian Edgar Cato, did seem to relish the job.

Sailhandling on Anna was also much easier, in spite of the fact that she carries hanked-on headsails. First, because she’s a sloop there’s just one sail to handle forward. On Dorade, which carries both a jib and staysail, tacking is definitely more of a production. Indeed, at one point during our NYYC Squadron race, when the wind was strong enough that only we wanted the jib up during a hard beat to weather, the foredeck crew still hoisted and doused the staysail before and after each tack, as this made it much easier to get the jib quickly around the staysail stay.

Anna also boasts electric sheet and halyard winches. These make it possible to easily singlehand the boat, a feat that would be nigh on impossible aboard a boat like Dorade.

If you want to get a better idea of the economics of owning a vintage classic as opposed to a modern classic now is a good time to compare prices. As Bruce pointed out during our conversation, there is currently a glut of great old S&S boats on the market. This is only a small selection:

When examining such numbers, bear in mind that maintaining a truly vintage boat will cost a heap more money. The low asking prices for Baruna and Petrel, for example, likely reflect a need for several hundred thousand dollars worth of refit work. And the older the boat, the more frequent that need. Dorade, which recently sold for a price I hear is not too far south of a million, needed very thorough refits (costing, I imagine, a very large percentage of her total value) in both of the last two decades.

In describing his conception of this new 48-foot sloop to me, Bruce freely admitted that he sees it very much as a high-end daysailer. He envisions a boat with hanked-on headsails, no gen-set, and no accommodations forward, save perhaps for two pipe berths. Commissioning owners can, of course, fool with the concept a bit, but if you’re looking for a cruising palace with lots of systems and living space this is certainly not the boat for you. 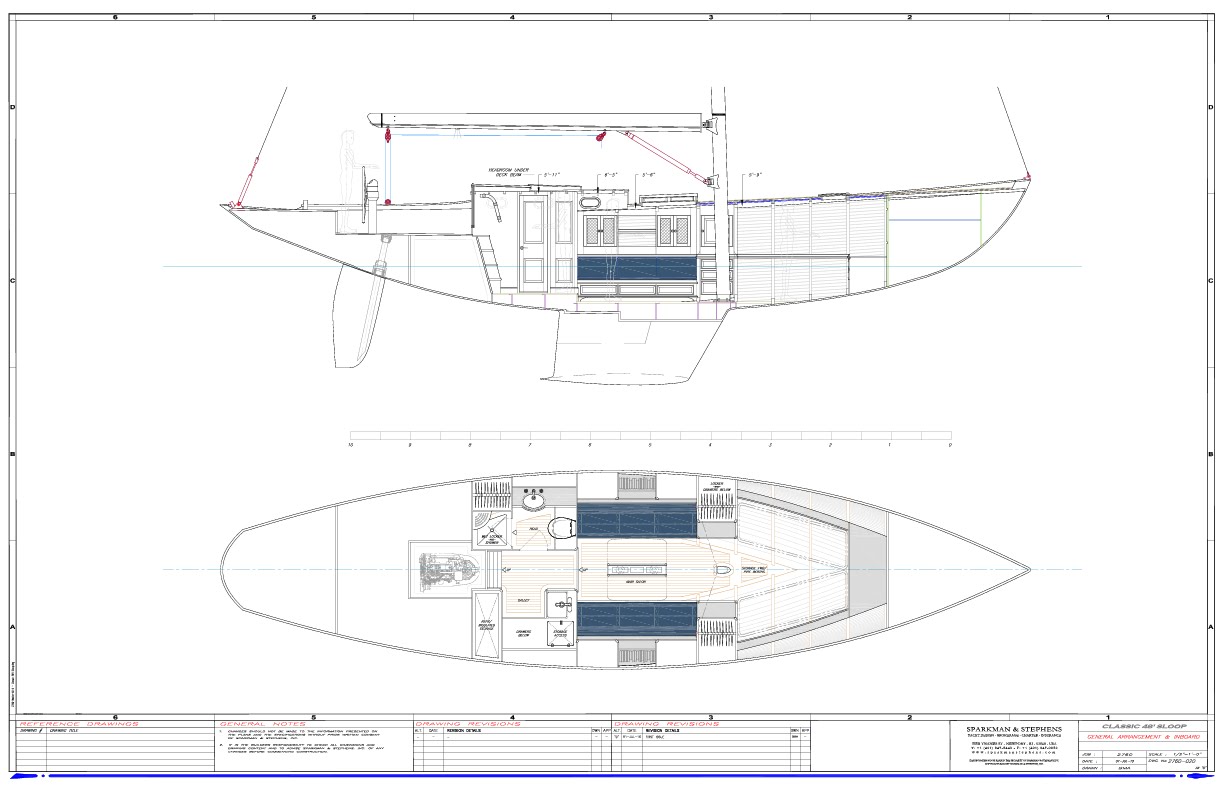 PS: S&S has been putting a lot of effort lately into the blog on their website. If you’re a big S&S fan be sure to check it out from time to time.