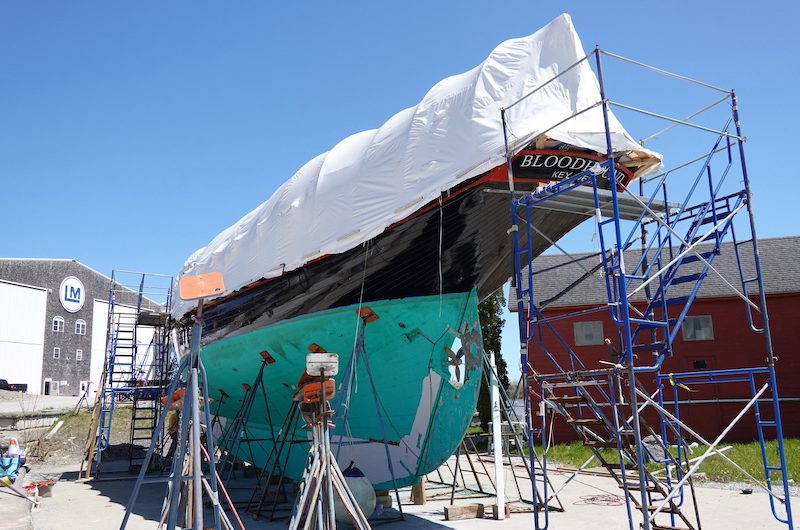 May 13/2022:  I used to live in Thomaston, Maine, literally just down the street from the Lyman Morse yard, but that was 20 years ago, so I was happy to have a chance to revisit the yard this past week. It was then, and is even more so now, the kind of place where you can’t help but find some very cool boats to gawk at. For example, even before I had a chance to park my car I came across this beauty. Bloodhound, built in the 1990s in California, is a faithful replica of a Fife cutter originally built in 1874 for the Marquess of Ailsa of Scotland. 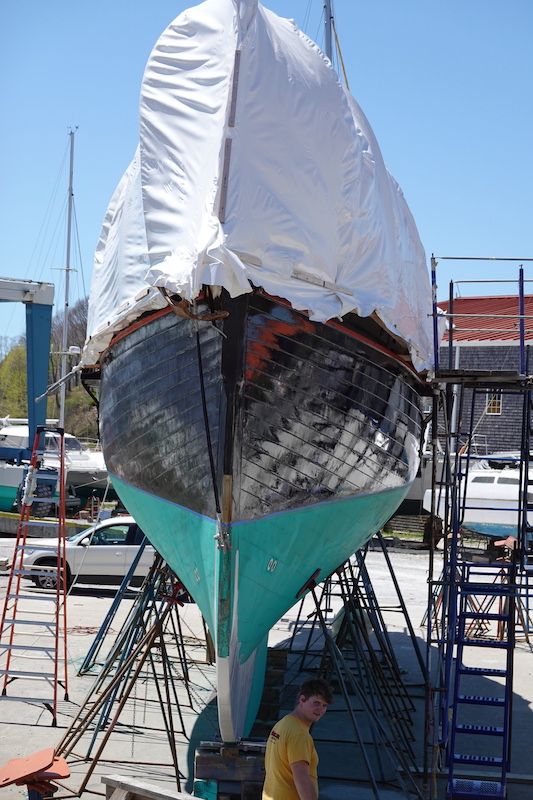 Narrow and deep is how the British built yachts back in the day. The original Bloodhound, 70 feet on deck, with a 22-foot bowsprit tacked on, was one of the first 19th century British yachts built exclusively for racing. She was destroyed in a fire back in the 1920s. This replica now does day charters out of Key West, but was stored at Lyman Morse over the winter 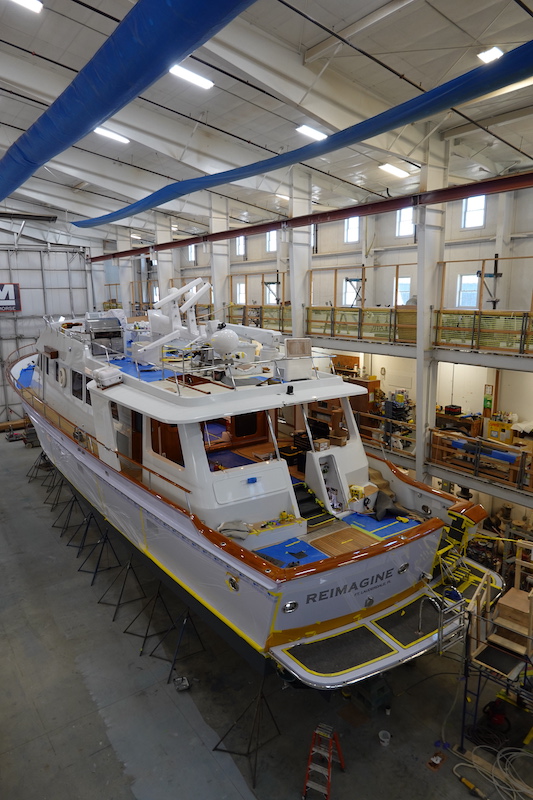 Inside Building 11 (the one seen in the background in the opening shot). This big motor cruiser was originally built by Lyman Morse and is now back for a refit 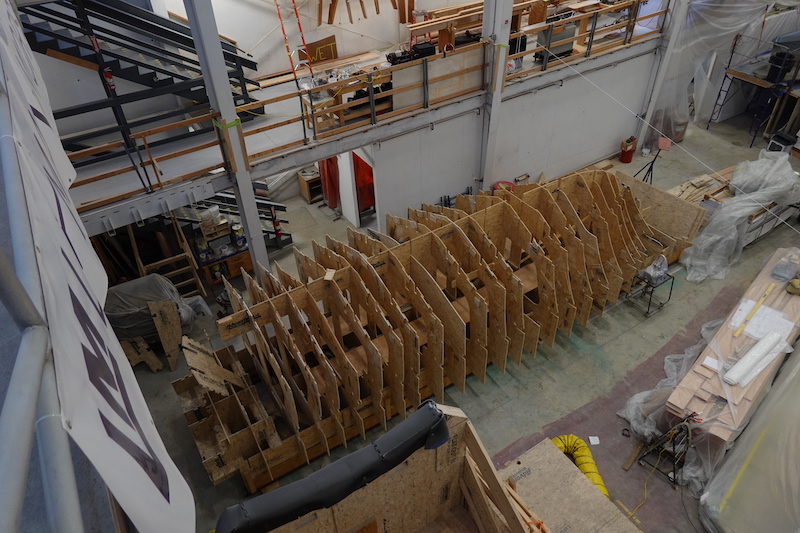 The mold for Lyman Morse’s new cold-molded LM46, of which more later 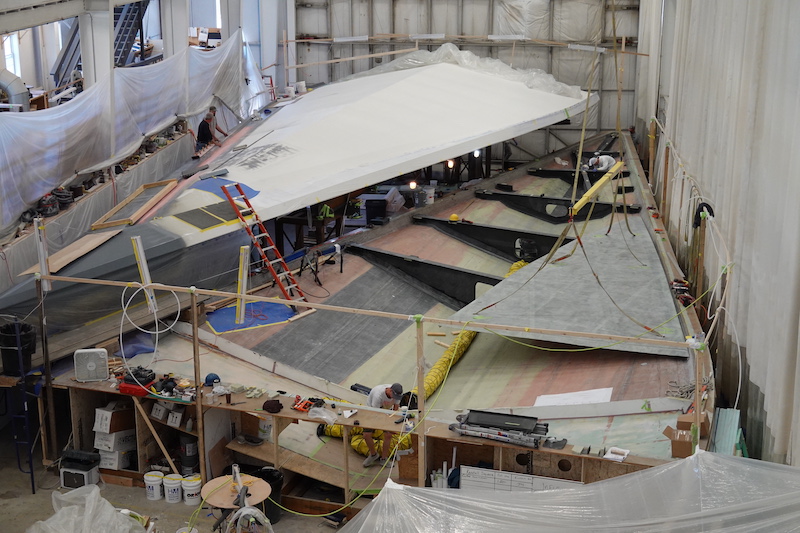 Lyman Morse does a lot more than just build boats. These big bits here are two pieces of a large architectural canopy that will cover the entrance of the MBTA station in Kendall Square in Cambridge, Mass 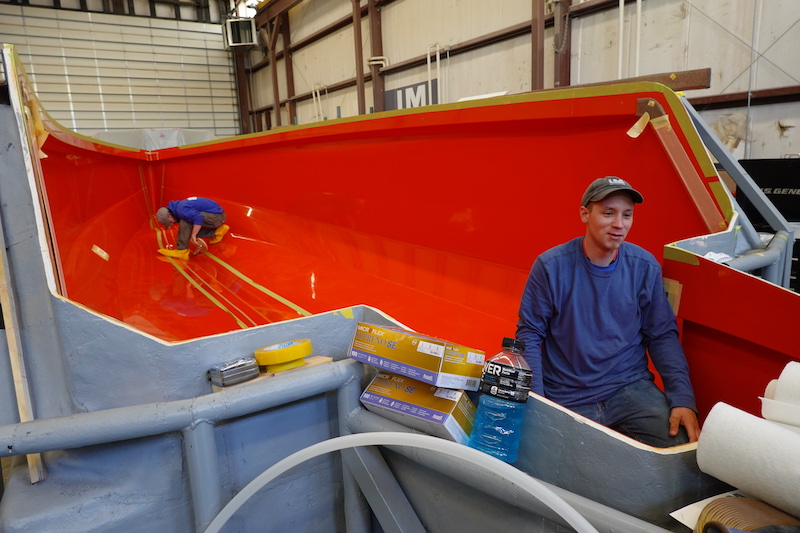 This is the mold for the Navier 27, a line of all-electric semi-autonomous hydrofoiling yachts that Lyman Morse is building for a Silicon Valley start-up 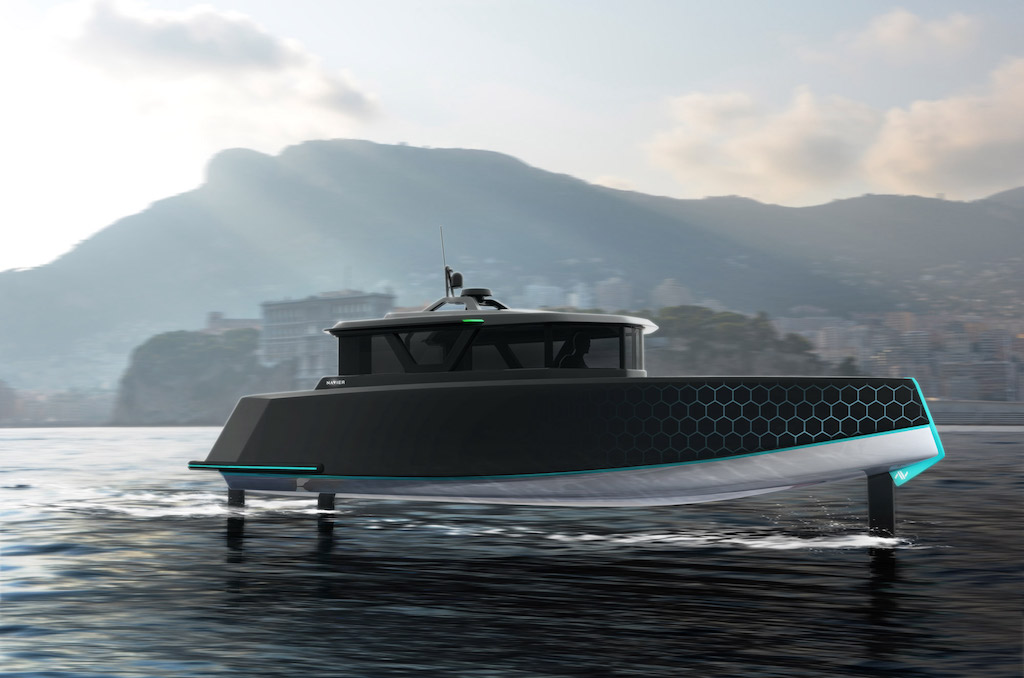 This is what the Navier will look like when finished. Hull number one is scheduled to be on display in the Fort Lauderdale show this coming October 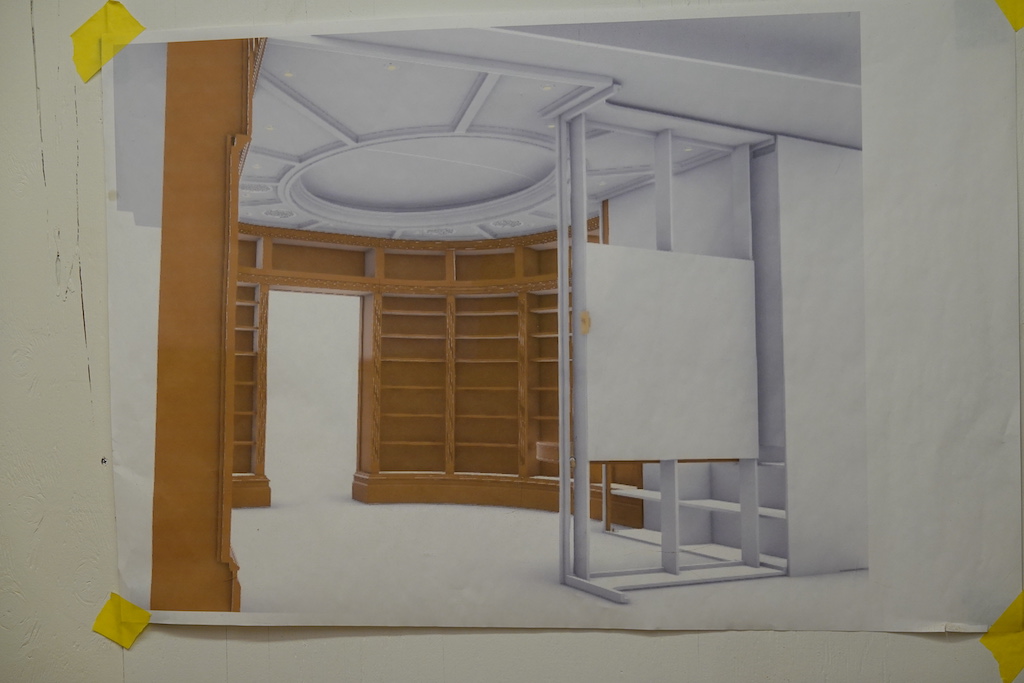 Drawing of a custom home library Lyman Morse is doing the joinery work for. The design is by Stephens Waring Design 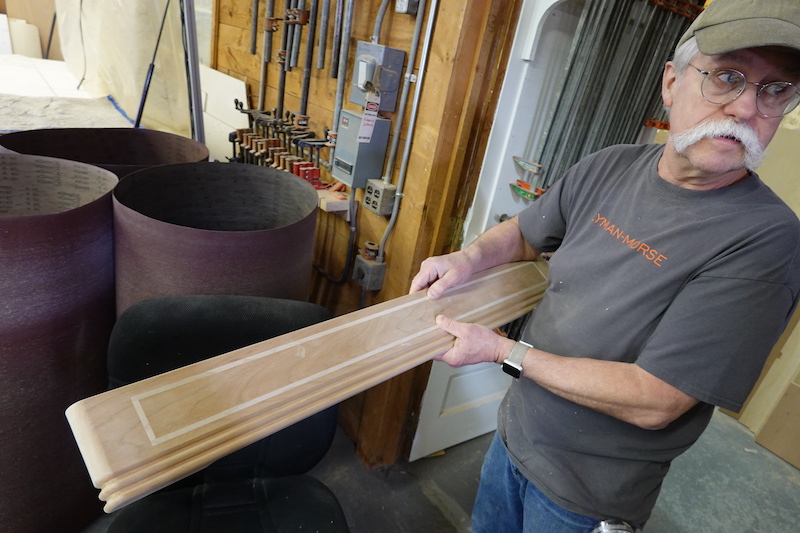 Showing off a real live piece of joinery 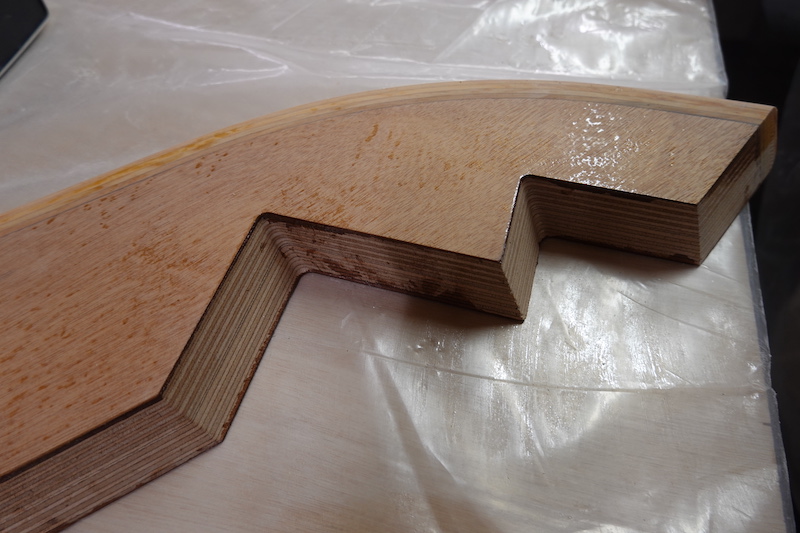 This is a structural piece for a boat. A very sexy looking frame 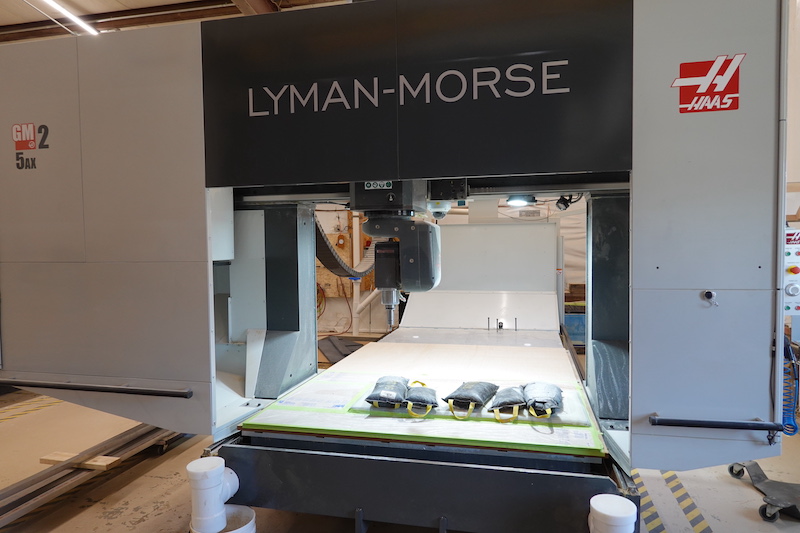 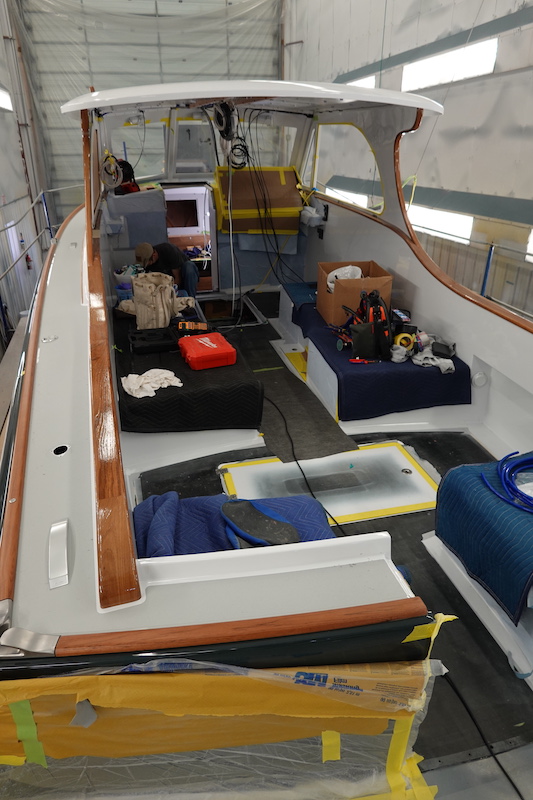 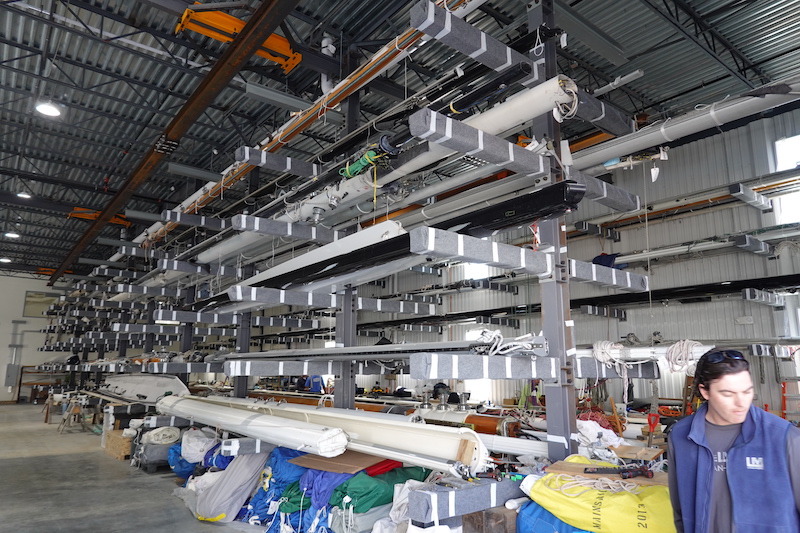 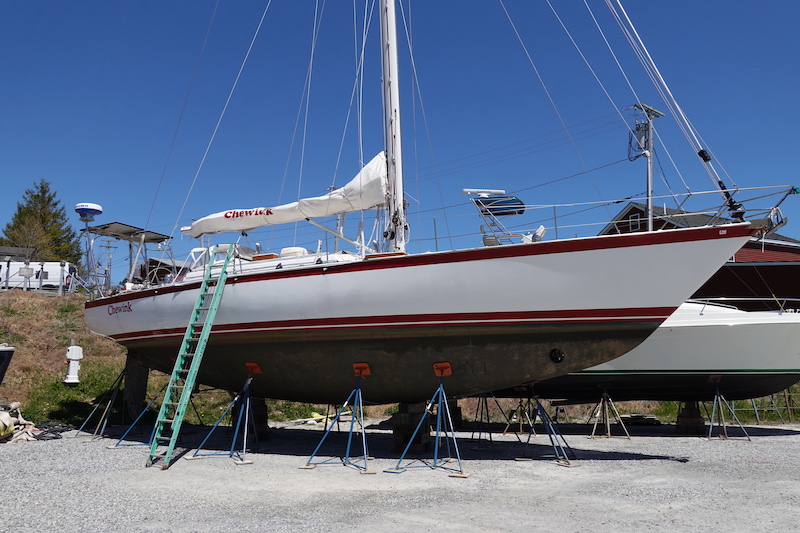 Meanwhile, back outside, I ran into this old girl. Chewink is the Seguin 49 (built by Lyman Morse, of course) that Cabot Lyman, the yard founder, circumnavigated the world on with his family from 1987 to 1991. She’s a wood composite centerboard boat, designed by Ted Hood, with tremendous tankage: 200 gallons of water, 260 gallons of fuel. Looking well maintained, I must say 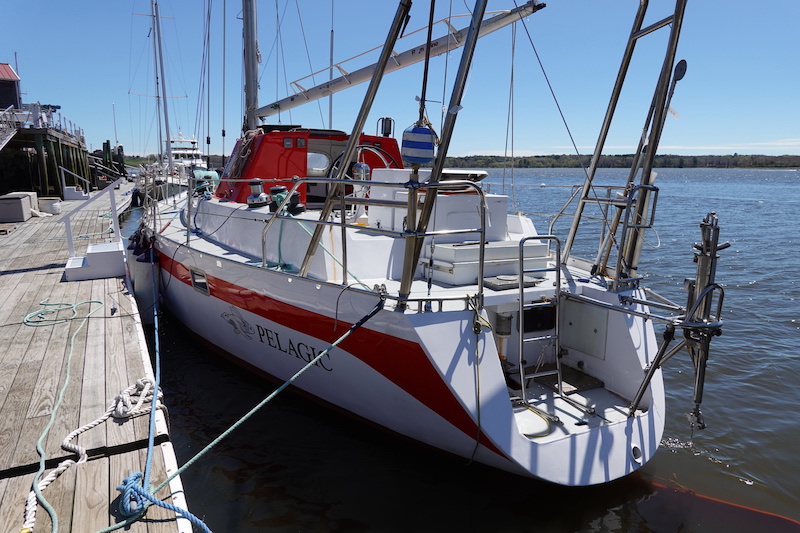 Also seen on the waterfront: Skip Novak’s first Pelagic, built in steel in the UK in 1987 and still operating today. I found some of Skip’s crew inside, gearing up for an expedition to Greenland this summer 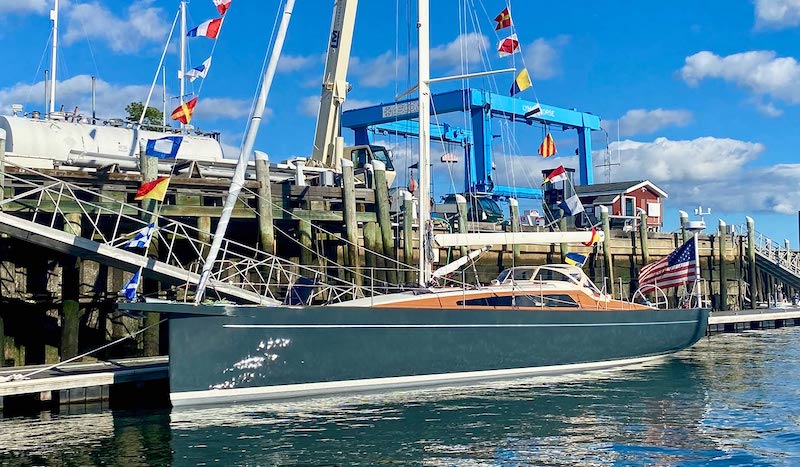 After touring the yard in Thomaston, we toddled over to Lyman Morse’s Camden property, the old Wayfarer Marine, to check out this baby, Hopgrasser, the first LM46, which was launched last year. Hull number two, Arcadia, was just launched this year, and a third boat is on order. Both Arcadia and Hopgrasser will be running in this year’s Newport-Bermuda Race 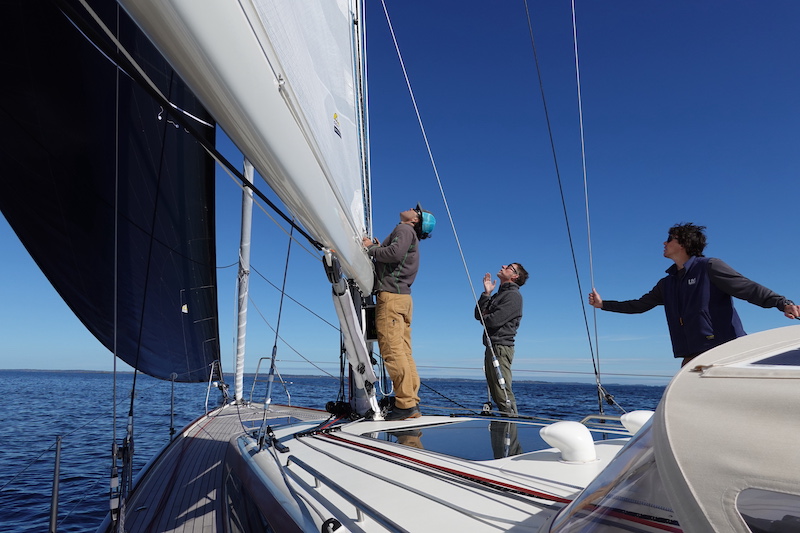 We went for a sail, of course. From left to right on deck we see my old friend Ramiro de Acevedo Ramos, Josh Moore, and Erik Ekberg, all of whom are studying and remarking upon Hopgrasser’s new “tweener” headsail 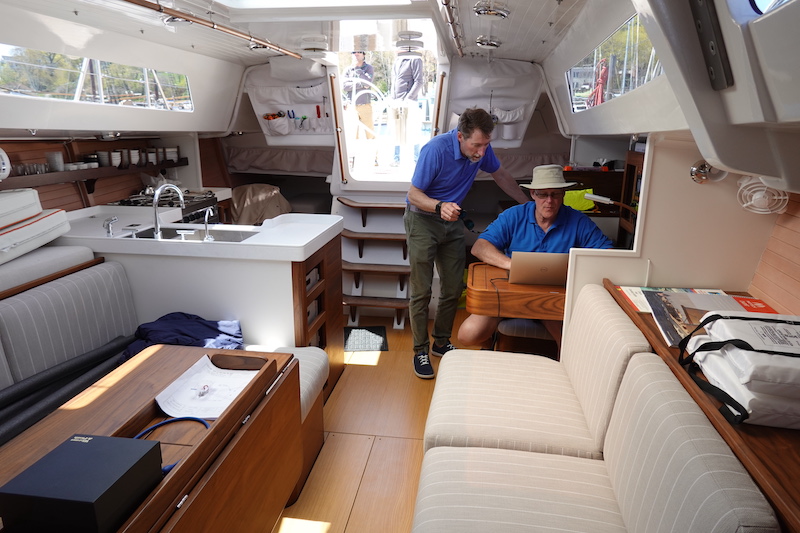 Hopgrasser’s interior, unposed. That’s Josh Moore on the left. He’ll be acting as Hopgrasser’s navigator during the Bermuda Race 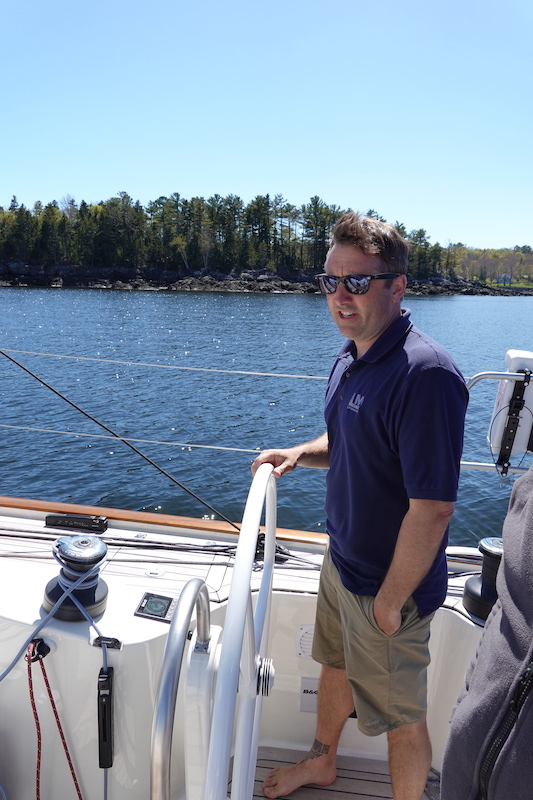 Many thanks to Drew and also to Mackenzie Lyman for hosting me on my tour of the yard and my test-sail of the boat. Special thanks also to Bob Bauer and George Sass, of Blue Creative Group, for organizing my visit. You can look for my full review of the LM46 in a future issue of SAIL Magazine.