Dec. 29/2021:  We previously discussed the very cool Energy Observer project, in which the old “maxi” racing cat Formule TAG (most famously known as ENZA New Zealand, an early Jules Verne winner) has been repurposed as a 100% energy self-sufficient vessel. But not all race-boat makeovers are so ambitious… or so well financed. One interesting grass-roots project I have an eye on via YouTube these days involves Mike Plant’s old Open 60 Duracell.

Duracell, you may recall, was built by Plant himself (see image up top) to a design by Rodger Martin. Mike raced her in the very first Vendée Globe in 1989, but was disqualified after accepting assistance to save the boat after it ran aground during a storm in New Zealand. Mike later disappeared on another boat, Coyote, in 1992, while preparing for another VG run. (For more on Mike, be sure to check out the excellent documentary film that came out a few years ago.) 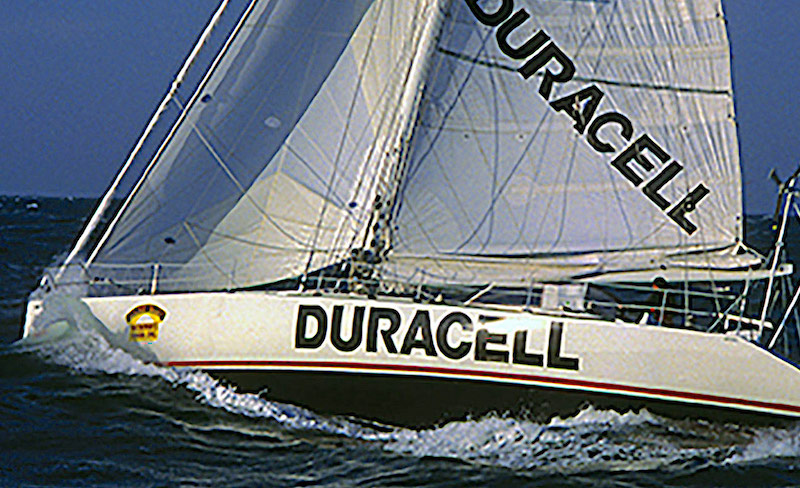 Duracell under sail, back in the day 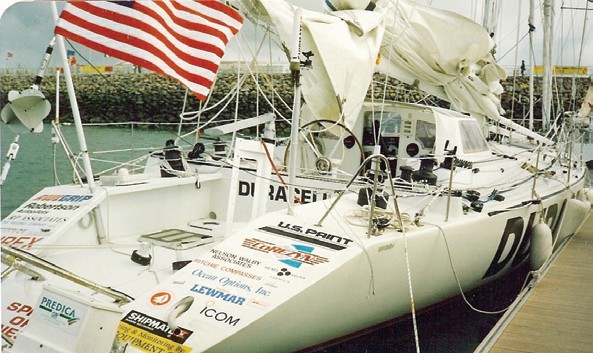 The boat these days belongs to a young couple, Matt Steverson and Janneke Petersen, who are working to refit her as their ideal cruising boat. Matt was part of the three-man crew who won the very first Race to Alaska on a borrowed 25-foot trimaran back in 2015. With Janneke he later cruised the Pacific for two years on a 39-foot cutter.

Now he’s up to his eyeballs rebuilding and redesigning Duracell, and Janneke is doing a good job documenting the whole process on video.

Episode 1 sees the boat moving into their backyard in Seattle this past summer:

Episode 3 provides some background on the boat and the refit project:

I particularly enjoyed Episode 5, where Matt struggles to get the old engine out:

And Episode 7, where the cockpit gets cut out of the boat:

As of this writing they’re up to 10 episodes, with new ones supposedly getting posted every Wednesday.

For more interesting background and pix and drawings of Duracell, you can peruse this Sailing Anarchy thread the boat’s previous owner launched in 2019, when he was trying to find a new owner.

Meanwhile, another nascent project I’m keeping an eye on is Bruce Schwab’s effort to rebuild a famous old IOR racer, Improbable, that belonged to his dear departed dad. If you’re as old as I am, you may remember this iconic photo of Improbable racing that sort of defined (in my mind anyway) the early IOR era in the ‘70s. 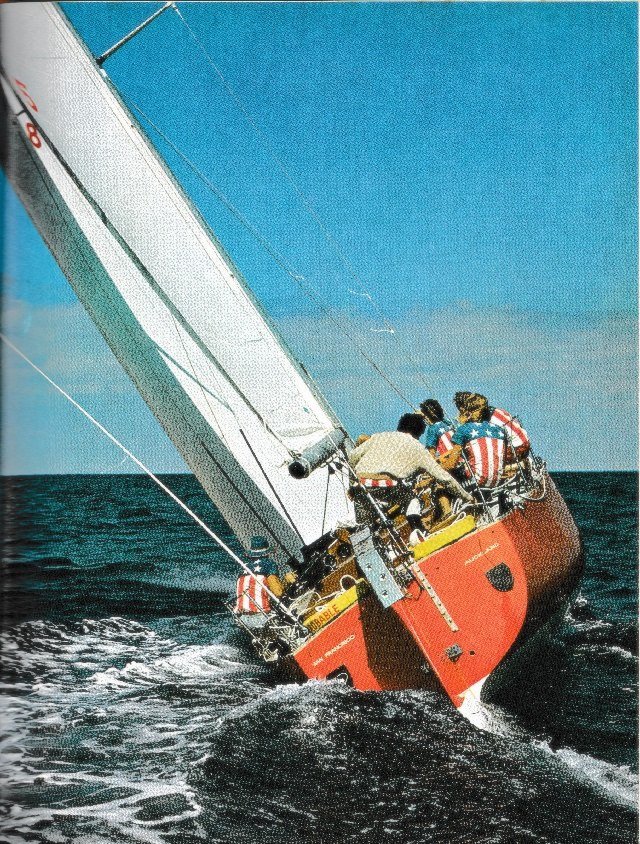 I should note, of course, that Bruce, who describes himself as “a boat bum” who has sailed around the world a couple of times, was in fact the first American to ever finish the Vendée Globe back in 2005.