March 2/2021:  It’s blowing the dogs off their chains today in Portsmouth, NH. A steady 40 knots, gusting to 50 out at the Isles of Shoals. A good day to recall last year’s storm season, the most active in recorded history, courtesy of this super-cool time-lapse animation released by NASA.

Note the day-by-day time reference in the upper righthand corner and the list of storms that accrues beneath it. The first storm, Arthur, formed on May 17. The last, Iota, which reached Category 5 status in just two days(!!!), formed on November 14. Every mile of the U.S. Atlantic coast was under a tropical storm watch or warning at some point during the season. 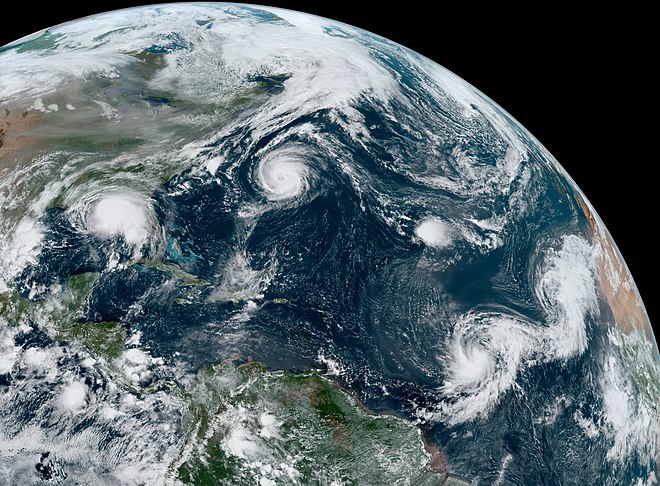 On September 14 (see above) there were five tropical cyclones running simultaneously, from left to right: Sally, Paulette, Rene, Teddy, and Vicky. Also seen in this image are the tropical waves that would spawn Beta and Wilfred and the extratropical cyclone that dialed up into Alpha.

Kind of makes me want to sell the sailboat and get a submarine instead.