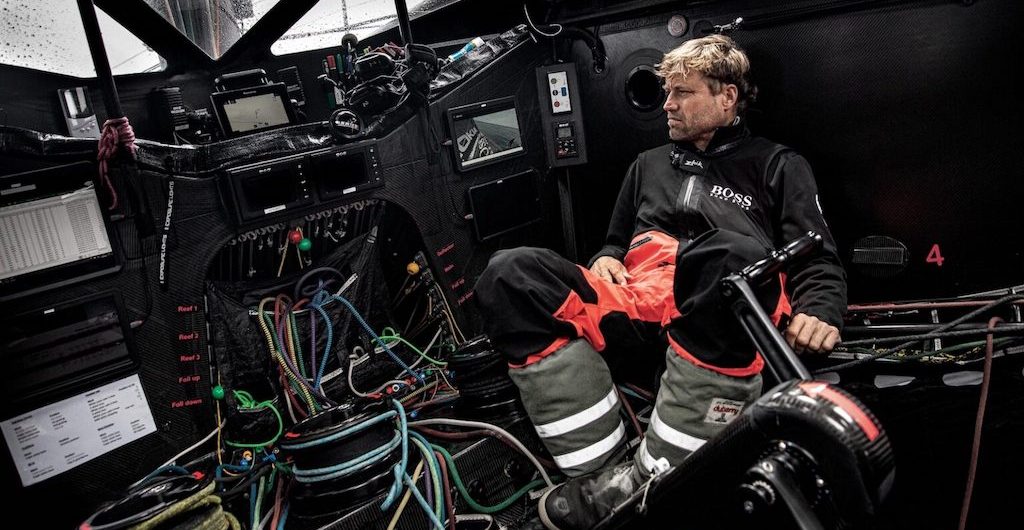 Nov. 28/2020:  I was really hoping this was going to happen. That after coming second in the last Vendée Globe, and third in the one before that, that this time Alex Thomson on Hugo Boss would finally finish first and so become the first not-French person to win this singlehanded non-stop race around the world, arguably the world’s most challenging sporting event. Early on in the race Alex was straight on track to do just that and led the fleet down the Atlantic and across the equator.

Then came the first piece of bad news. On Day 13 of the race in the South Atlantic Alex discovered some significant structural damage in the bow of his boat. Fortunately the front of the fleet was in calm conditions at the time and Alex was able to make repairs and resume racing without losing too much ground.

Check this viddy here for Alex’s survey of that damage:

And now comes the ultimate bad news, as Alex’s shore team announced this morning that the starboard rudder on Hugo Boss was irreparably damaged yesterday on Day 19 of the race and that Alex will thus retire and pull into Cape Town, South Africa, some 1,800 miles to the east. 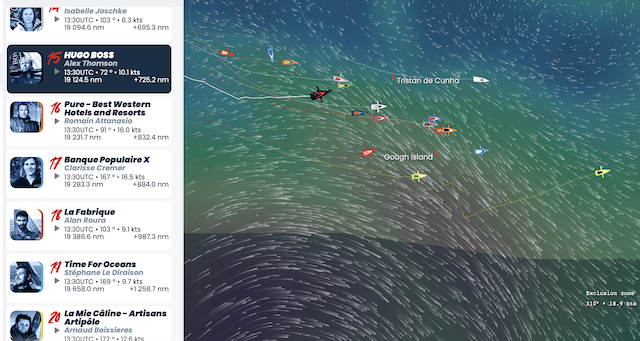 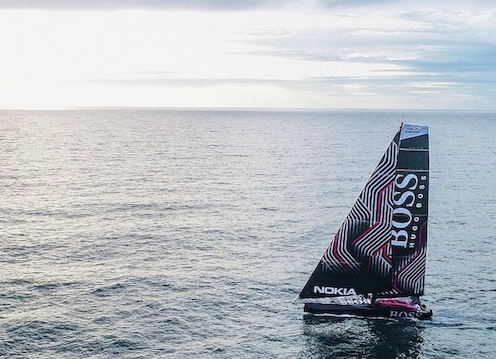 Meanwhile, with or without Alex, the race goes on… 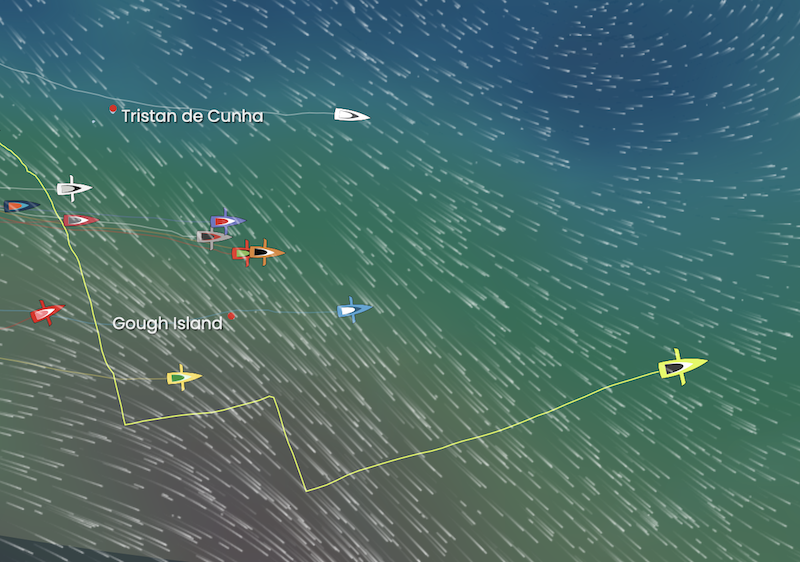 Front of the fleet as of this morning finds Charlie Dalin on APIVIA (that yellow boat in the tracker graphic) about 300 miles in front of second-place Thomas Ruyant on LinkedOut (the pale blue boat) and 370 miles in front of the ever resourceful Jean Le Cam, running well in third in spite of not having fancy foils on his boat Yes we Cam! (the white boat north of all others in this image)

Those of you interested in the race and in need of procrastination bait can click incessantly on the tracking feature here just like I do. Boats in the front of the fleet are just entering the Southern Ocean so things will soon get wild and woolly.

You can also check out the most recent daily highlights viddy, which features some fine footage of second-place Thomas Ruyant sawing away at a damaged foil on his boat.

Ruyant should have no problem racing with one foil gone. Alex sailed much of the race last time with one foil gone and still gave first-place finisher Armel Le Cléac’h on Banque Populaire VIII a good run for his money.