Nov. 19/2020:  Hokey smokes! Can this be a coincidence? That the first aligning in 20 years of the planets Saturn and Jupiter, the two biggest in our solar system, and their closest conjunction since the year 1623, will occur next month, just as the two biggest races in sailing, the Vendée Globe and the America’s Cup, themselves come into alignment?

The first round of racing in the 36th edition of the America’s Cup is set to start on December 17 down in New Zealand. Meanwhile the Vendée Globe started 12 days ago out of France and no doubt there will be VG boats streaming past south of New Zealand just as the AC gets started.

Meanwhile, Jupiter and Saturn will combine to form the brightest object in our night sky (beside the moon of course) on December 21.

Kill the cattle! Cast the chicken entrails! Great things will soon be happening.

I’ve actually been following the Vendée Globe pretty closely. After threading their way through the remains of Tropical Storm Theta southeast of the Azores (a most unusual obstacle) the bulk of the VG fleet is now gliding through the doldrums on a broad avenue of wind (a most unusual gift). Alex Thompson on Hugo Boss (see image up top) is out in front, well south of the equator now, with Thomas Ruyant on LinkedOut and Charlie Dalin on Apivia in hot pursuit. 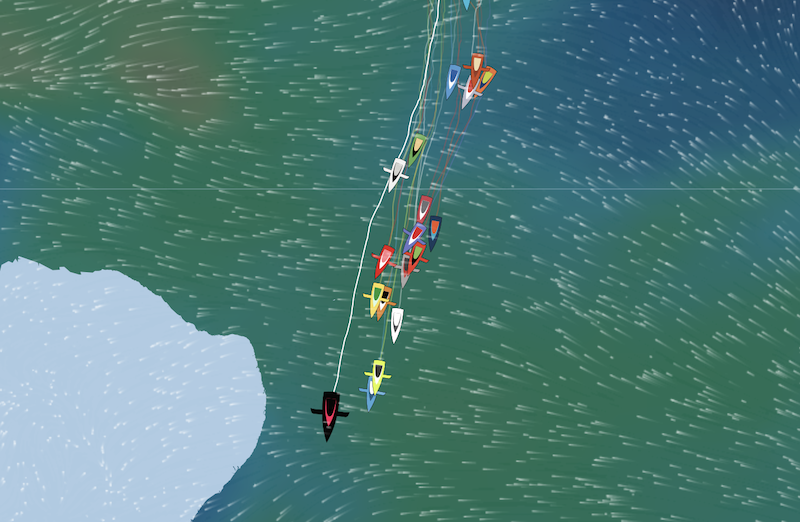 This year’s race features a record 33 entrants, with a record 6 female skippers participating.

Meanwhile, down in Auckland, the four teams vying for the America’s Cup have all launched their Version 2 boats and are at last tuning up for real competition.

This most excellent video featuring Matt Sheahan explores the differences between the boats of the three challenging teams, American Magic, Luna Rossa, and Ineous Team UK:

Serious AC geeks might also want to check out the YouTube feed of this guy Justin Mitchell, who lives in the Auckland area and has been regularly posting his own videos of AC boats on the water:

The biggest thing these two races now have in common, of course, is the foiling monohulls.

The future is here, and it is flying.