July 30/2020:  Man, I’ve been writing too many of these lately. This is a huge one. Larry Pardey, who died at age 81 on Sunday, after years of struggling with Parkinson’s disease, and after suffering through a stroke last year, was an enormously talented man. He was a consummate sailor, both on a race course and on the open ocean, a one-man archive of nautical knowledge and expertise, and the best hands-on boatbuilder I ever met, bar none. He could have made a name for himself in the sailing industry in any number of ways, but what he chose to do was go cruising, on a very simple, small boat he built himself, and in doing so transformed the sport of bluewater sailing.

He had some help, of course. His wife, now widow, Lin, was a very equal partner, promoting their cruising life through the very successful books and articles she took the lead in writing. In forging the seemingly seamless team of Lin and Larry, the two of them set an example to cruising couples everywhere, demonstrating how a couple truly could work a boat together and have fun doing it. 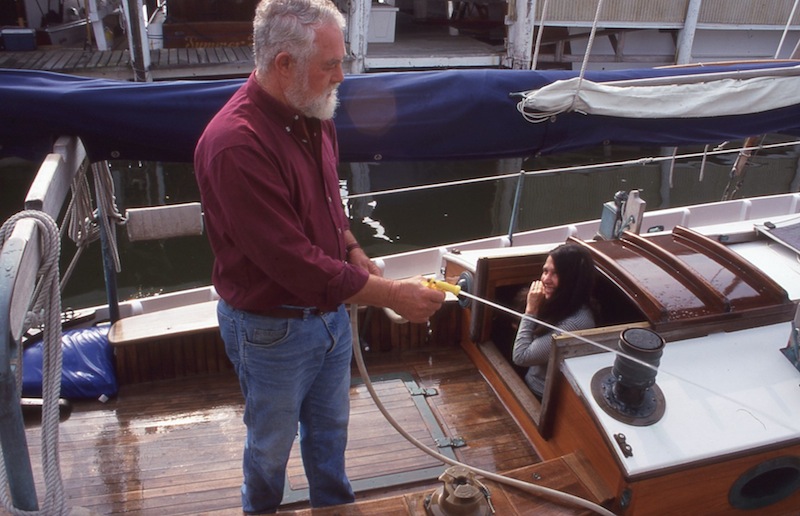 This is a shot I snapped (with slide film, no less) in Virginia in the late ‘90s, when I first met Lin and Larry. Larry, typically, is watering the deck of Taleisin, the second boat he built, to keep the wood moist and swollen. His maintenance habits were always meticulous. And check out the way Lin, in the companionway, is looking at him. Larry never tooted his own horn; Lin always did it for him. And vice versa 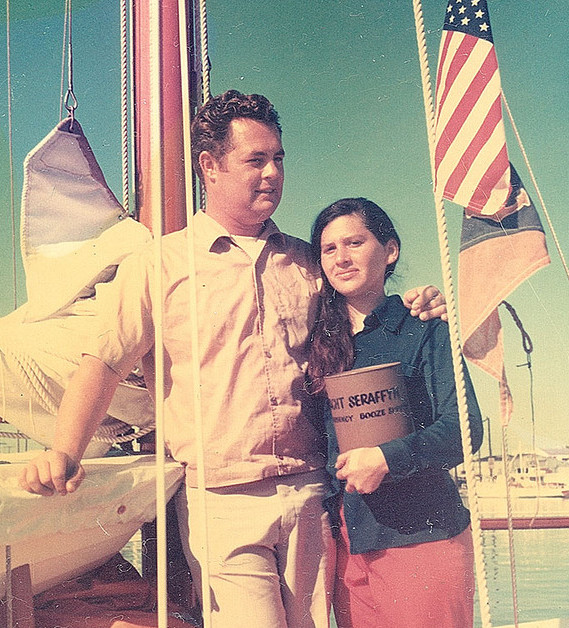 Lin and Larry in 1969, aboard Seraffyn, their first boat, at the start of their cruising careers. Seraffyn was just 24 feet long, and the Pardeys cruised aboard her full time for 11 years

From the little bit of time I spent hanging out aboard Taleisin with the Pardeys, I can tell you the quality of Larry’s work was extraordinary. That boat was like a museum piece, a gorgeous piece of furniture, everything superbly finished and varnished or oiled. I remember one piece of gear I particularly admired on deck were the boat’s Murray winches, built in New Zealand, whose virtues Larry extolled to me in some detail. I immediately went home and installed a pair on my own boat, a Golden Hind 31 at the time, and reveled in them. I thought of Larry every time I trimmed a sheet on that boat after that. 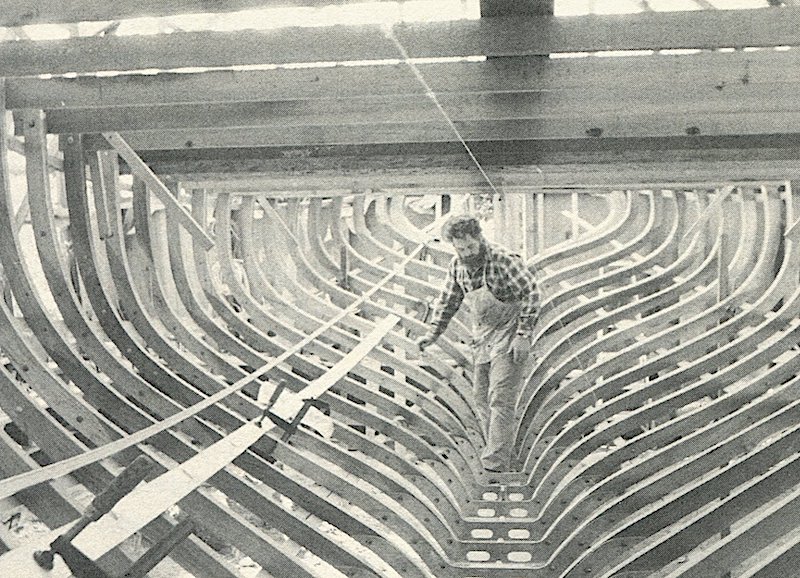 Larry at work building Taleisin in the early ‘80s. She was 29 feet long and the Pardeys sailed her for 30 years

Even though Larry’s boats were exquisitely built, he was never afraid to sail them hard. He and Lin voyaged over 200,000 miles in their many years of roaming the world together and eventually rounded all the great southern capes. The pinnacle of Larry’s career as an ocean sailor was his doubling Cape Horn with Lin, from east to west against the breeze, in 2002. Larry’s last voyage was from California to New Zealand, where he and Lin at last settled down at North Cove on the island of Kawau. He lived his last years in New Zealand and certainly never deserved to lose all the very fine memories he had built up over his life.

He was a joyful man, a sailor’s sailor; he will be missed.

In lieu of flowers, as the phrase goes, Lin is asking for condolences to be expressed through donations to the Larry Pardey Memorial Observatory.

For a full account of Larry’s life, I urge you to read Herb McCormick’s excellent biography of the Pardeys, As Long As It’s Fun.

I leave you with a viddy I particularly like, of Larry stowing a headsail, and a list of awards he won.

Mauritanian Legion d‘Honneur, 1967: Captain of first American team to sail across the Sahara Desert in a land yacht

0Shares
bluewater cruisingboatbuildingLin and Larry Pardeyobituarywooden boats
Previous PostPOST-PANDEMIC CRUISE: On the Coast of Labrador, 1925Next PostGO FLY A KITE: A New Superyacht to Indulge In a Different Sort of Sailing 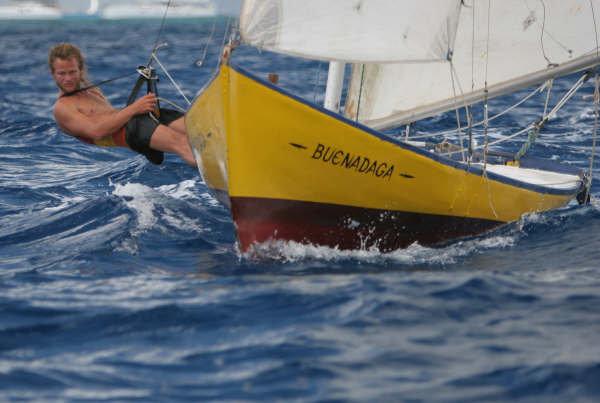