July 15,2020: Even though my dear boat Lunacy is no longer in Brunswick, Georgia, I’ve been keeping tabs on a couple of ongoing news items down there. Exhibit A: the wreck of the car carrier Golden Ray, which capsized in St. Simon’s Sound last September. Earlier this month the enormous double-sided barge crane, dubbed VB 10,000 (see image up top), arrived on the scene and in the next couple days may start cutting Golden Ray’s 656-foot hull into pieces.

I’ve enjoyed cruising past the wreck the times I was in the sound on Lunacy, as it is a spectacular sight, but it may be just as well to be absent for this final phase of the operation. It promises to be super-duper noisy! The 255-foot high VB 10,000 will straddle the hull and saw it into eight pieces by ripping chain controlled by massive winches through it. Literally a chainsaw, but on a mega scale. The chain to be used is simple anchor chain, rather than a special carbide-toothed cutting chain, as this should be less destructive and hopefully won’t cut up any of the 4,000 cars inside.

Each of the seven cuts should take about 24 hours and once started cannot be stopped. It is one-off project. No one’s ever done anything like this before!

Local residents are stocking up on earplugs. 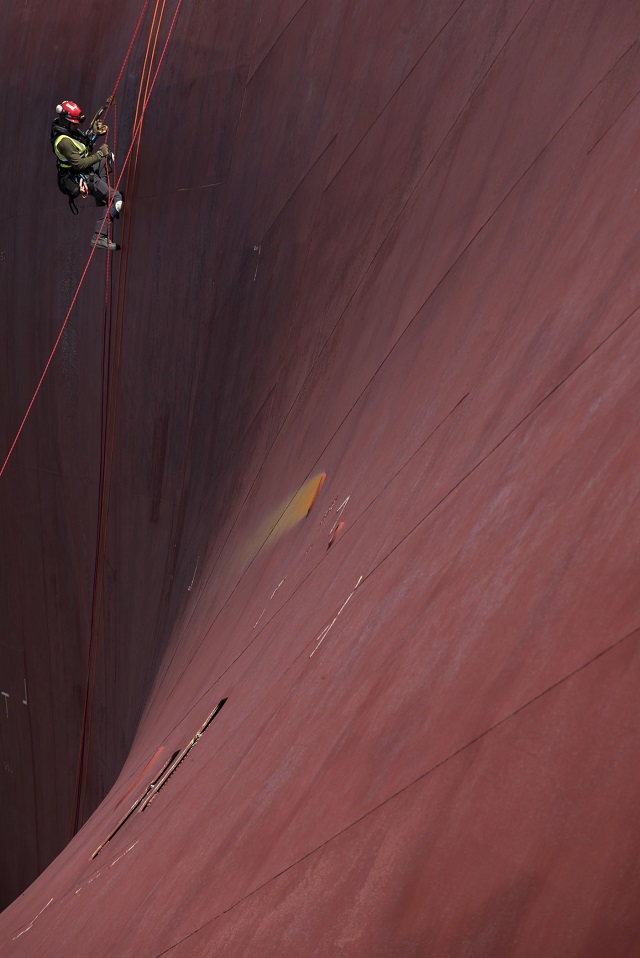 Salvage crew rappelling down the side of the wreck 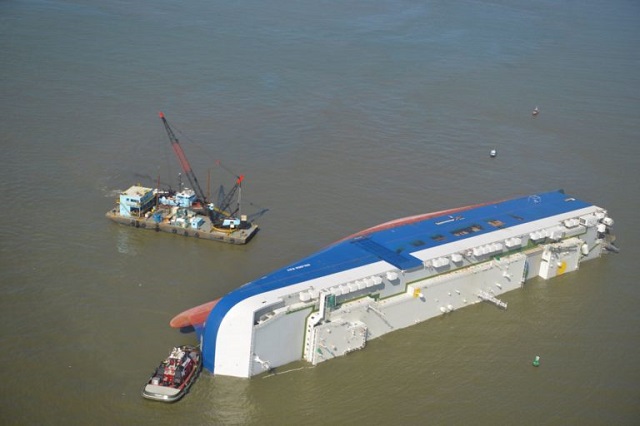 Aerial view. This was early on. Now there is an immense fence around the wreck to catch debris from the salvage extraction

Meanwhile, over in Exhibit B: good news! Georgia’s draconian new anti-anchoring regulation, issued this past January, has been repealed. Under intense pressure from various boating activists, the Georgia House passed a replacement bill, HB 833, this spring just before the state legislature closed shop in response to the Covid pandemic. Late in June they went back in action and the bill breezed through the Senate and this month has been signed by Governor Brian Kemp.

The previous fascist regulation prohibited anchoring within 1,000 feet of any structure on shore, which effectively made over 60 percent of Georgia’s anchorages off limits to boaters. The new law reduces this exclusion zone to 150 feet. It also stipulates anchoring won’t be allowed within 300 feet of marinas or within 500 feet of shellfish beds. Transients are allowed to anchor for up to 14 days in one location; anyone anchoring longer than that in one place will need a permit.

Not a great law perhaps, as it still inhibits anchoring rights more than is really necessary, but it is far superior to the old regulation.

Covid-wise cruising in Georgia right now might not be such a great idea in any event. There weren’t many infections down that way when I went down to fetch Lunacy in May, but now things have been heating up a bit.