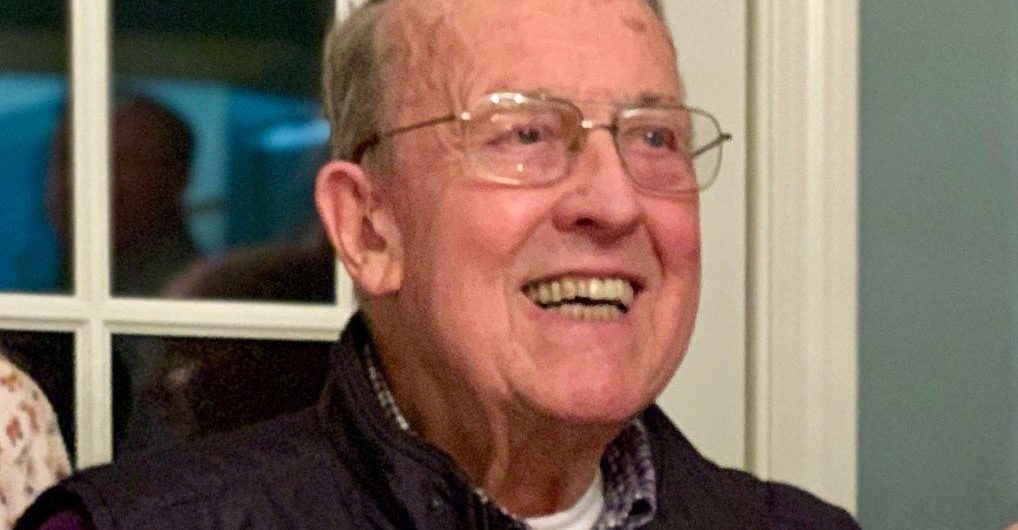 Apr. 30/2020: The North American boatbuilding industry has lost two pioneers this month, one an American, the other a Canadian. The first, Clint Pearson (see image up top), who died at age 91 back on April 4, was better known. He was renowned in the industry as a founder, with his cousin Everett Pearson, of Pearson Yachts, one of the first businesses to build recreational boats in fiberglass.

Clint and Everett started out building small fiberglass skiffs and runabouts in a garage in Seekonk, Rhode Island, in 1956. They soon shifted production to the basement of an old textile mill in Bristol and in 1959 set the New York Boat Show on fire when they introduced one of the first fiberglass sailing auxiliaries, the 28-foot Pearson Triton. They took 17 orders at the show and the business became an overnight success. 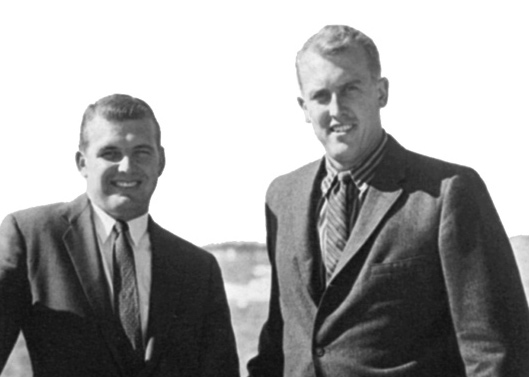 Everett (on the left) and Clint Pearson 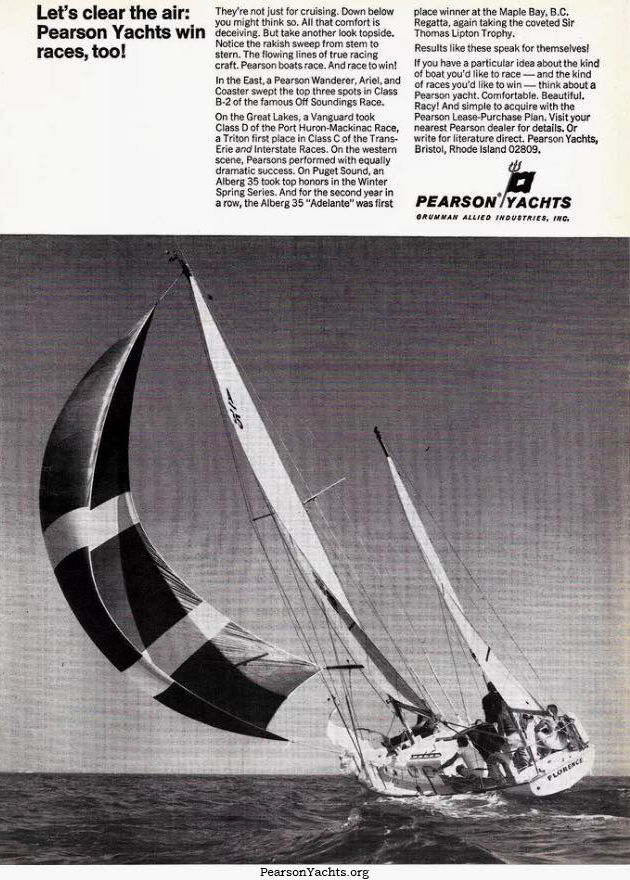 My personal favorite of the classic Pearsons built by Clint and Everett is the Alberg 35, seen here in an early Pearson ad. That’s of course because I once owned one, a very pretty yawl, just like the one seen here. Other important boats built in the early days of the company included the 32-foot Pearson Vanguard and the 37-foot Invicta, which in 1964 became the first fiberglass boat to win the Newport-Bermuda Race

Grumman Aircraft bought a controlling interest in Pearson in 1960 and by the mid-1960s the two cousins had left the company and branched out into separate projects of their own. Clint went on to form Bristol Yachts, which he ran until 1998. In all he built more than 20,000 boats over the course of his career.

Our other boatbuilding luminary is James Douglas Rosborough, of Halifax, Nova Scotia, who passed away on April 23, also age 91, of COVID-19 complications. 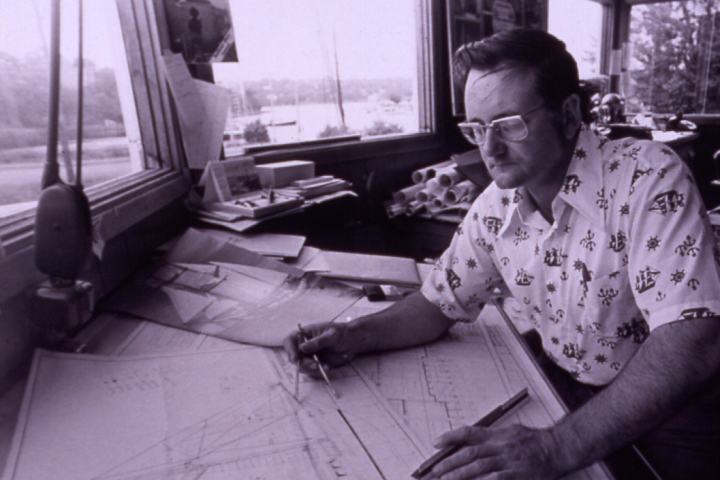 Doug Rosborough as a young man studying one of his designs

Doug was a self-educated boat designer with an engineering degree who began his career converting used fishing schooners into yachts. He formed his own company Rosborough Boats in 1955 and ultimately began building very traditional-looking yachts to his own designs in wood. Sailing aficionados of certain age–like me, for example–will remember very fondly the ads he placed in certain U.S. sailing magazines.

Exactly the sort of thing to fire up a young sailor’s imagination! 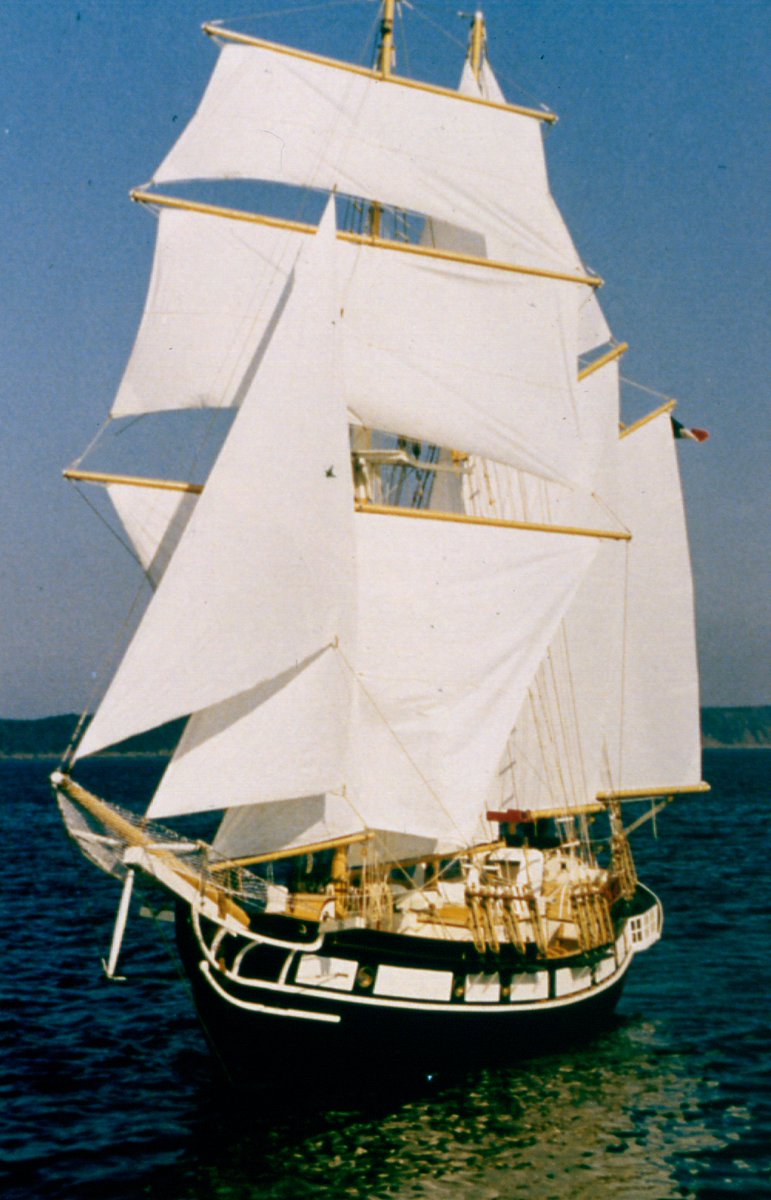 A Rosborough brigantine in the flesh