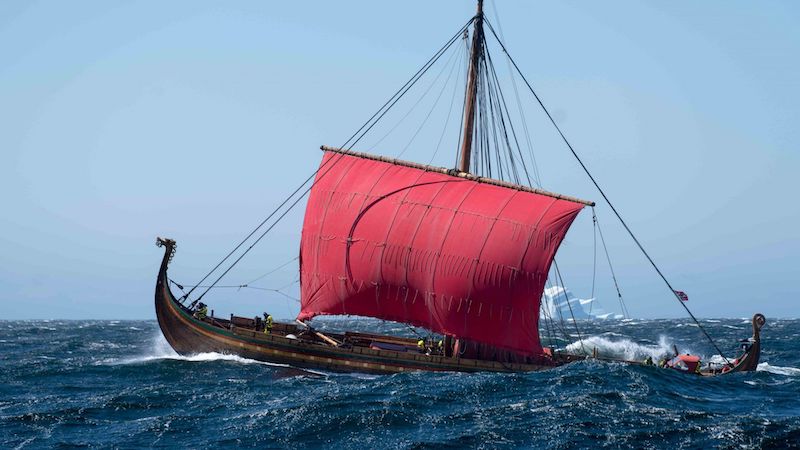 Apr. 21/2020:  By far the most successful post ever to appear here on WaveTrain, in terms of simple traffic, was this one here, from December 2015, on the replica Viking longship Draken Harald Hårfagre (see image up top). My echoing of a call for volunteer crew to help sail the 115-foot ship transatlantic ended up crashing the site!

Yikes. Guess everyone wants to be a Viking these days. 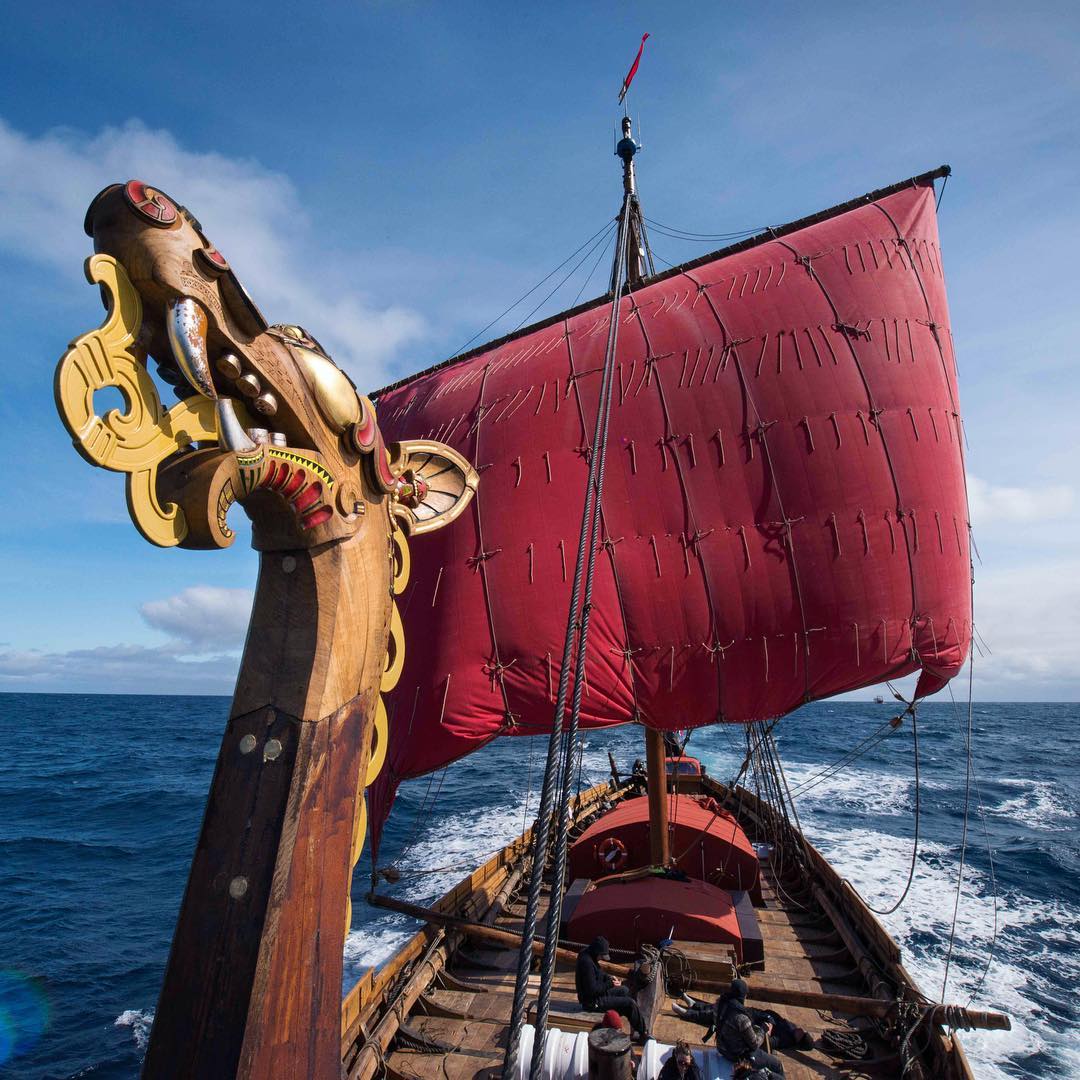 Draken means “dragon” by the way. The rest of the name means Harold Fairhair

The seafarer in me has always been fascinated by the Norse and their aquatic adventures. Which is why I jumped on a copy of a book I’d never heard of before, The Long Ships, by Frans G. Bengtsson, first published in 1941 and 1945 in Swedish as two separate books, when I spotted it in the City Lights bookstore in San Francisco last year.

This is fiction on a grand scale, a truly Dickensian treatment of the Viking age. Our hero, Orm Tostesson, is abducted by raiding Vikings as a lad in the late 10th century and the unfolding of his life covers much of the vast swath of geography the Norse influenced after they burst out of Scandinavia. From Islamic Spain to England to the rivers of Eastern Europe to the Black Sea, Orm’s destiny takes him from slave to chieftain to prosperous farmer.

It’s a rollicking tale, great fun, and particularly interesting in that often highlights the strange tensions that rose in Norse culture as it was slowly converted to Christianity. One of the most interesting characters is a renegade missionary who remakes himself as a prophet of the old gods and forms an outlaw gang.

All you Draken fans will definitely enjoy it!

Soon afterwards, still in the mood for all things Norse, I imbibed a much different book, The Greenlanders, by Jane Smiley, a more recent fiction (1988) that chronicles the lingering decay and demise of the Norse community first established in southwestern Greenland during the 980’s by Erik the Red. Smiley’s narrative style successfully mimics that of a Norse saga, but on a very granular level.

What I found most fascinating about Smiley’s very compelling portrait of this community is how isolated it was. The product of the fantastic seagoing mobility of the Norse before the turn of the first millennium, the community 300-400 years on is utterly stranded, as if by an outgoing tide. They no longer have the tools or resources needed to build their own seagoing ships, and decades pass between visits of other Norse ships from the east. The story follows generations of different families and convincingly documents on a very personal level how the “new normal” keeps getting less and less comfortable as environmental changes, an ever-encroaching local Inuit presence, and a lack of connection to the outside world slowly degrades and grinds down the ever-proud Norse.

Very different from tales of Vikings raids, to be sure, but still fascinating, IMHO.

I plugged two more books on the Norse back in that Draken post that I can also still recommend:

Westviking: The Ancient Norse in Greenland and North America, by Farley Mowat (1973). This expounds Mowat’s carefully researched and very interesting theories on the Norse voyages between Greenland and Newfoundland.

A Viking Voyage: In Which an Unlikely Crew of Adventurers Attempts an Epic Journey to the New World, by Hodding Carter (2001). In which Hodding, a master of tongue-in-cheek adventuring, attempts to accurately recreate Leif Ericsson’s voyage from Greenland to Newfoundland.

To help get you in the mood, here’s my favorite Draken video, from when the great ship crossed between Greenland to Newfoundland back in 2016.