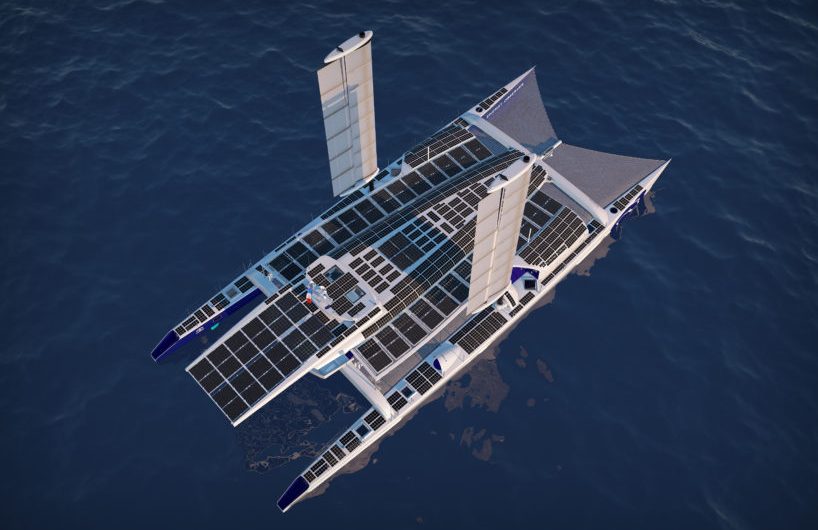 Feb. 14/2020:  Here’s an unlikely tidbit from the Where Are They Now Department. The old maxi racing cat known variously since its 1983 launch as Formula TAG, Enza New Zealand, and Daedulus (among others) has more recently been transformed into a unique high-tech hydrogen-powered vessel that looks to push the envelope on carbon-free marine transport. Now called Energy Observer, the big cat has been lengthened from 24.4 meters to 30.5 meters and carries an amazing array of bleeding-edge energy technology.

When originally launched in 2017 Energy Observer carried no rig and was primarily powered by a huge solar array that both turns the cat’s electric motors and, when in port, powers an onboard “electrolyzer” system that extracts hydrogen from seawater. The hydrogen in turn feeds a fuel cell that further increases onboard power capacity, with all excess power stored in a bank of lithium batteries.

Created by VPLP Design, these Oceanwings, as they’re called, are fully rotating unstayed wingsails that can propel the boat themselves and also generate power by allowing the boat’s propellers to function as hydrogenerators. This has augmented Energy Observer’s power-generating capacity to the point where it can now create hydrogen while underway.

The innovation that makes these wingsails workable on an ocean-going vessel is that they can be both reefed and furled when conditions warrant.

After tooling around Europe the last couple of years, including a jaunt up to Spitsbergen in Arctic waters, Energy Observer has just finished up a refit in St. Malo, France. Next week she’ll head out to sea again, bound ultimately to Tokyo for the 2020 Olympics. After Tokyo she’ll cross the Pacific and tour the U.S. West Coast. 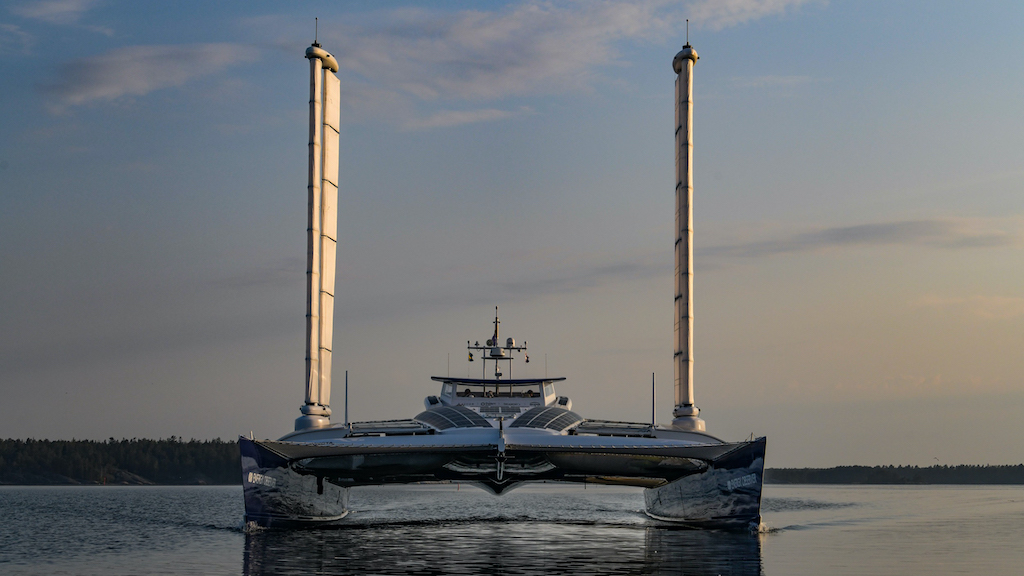 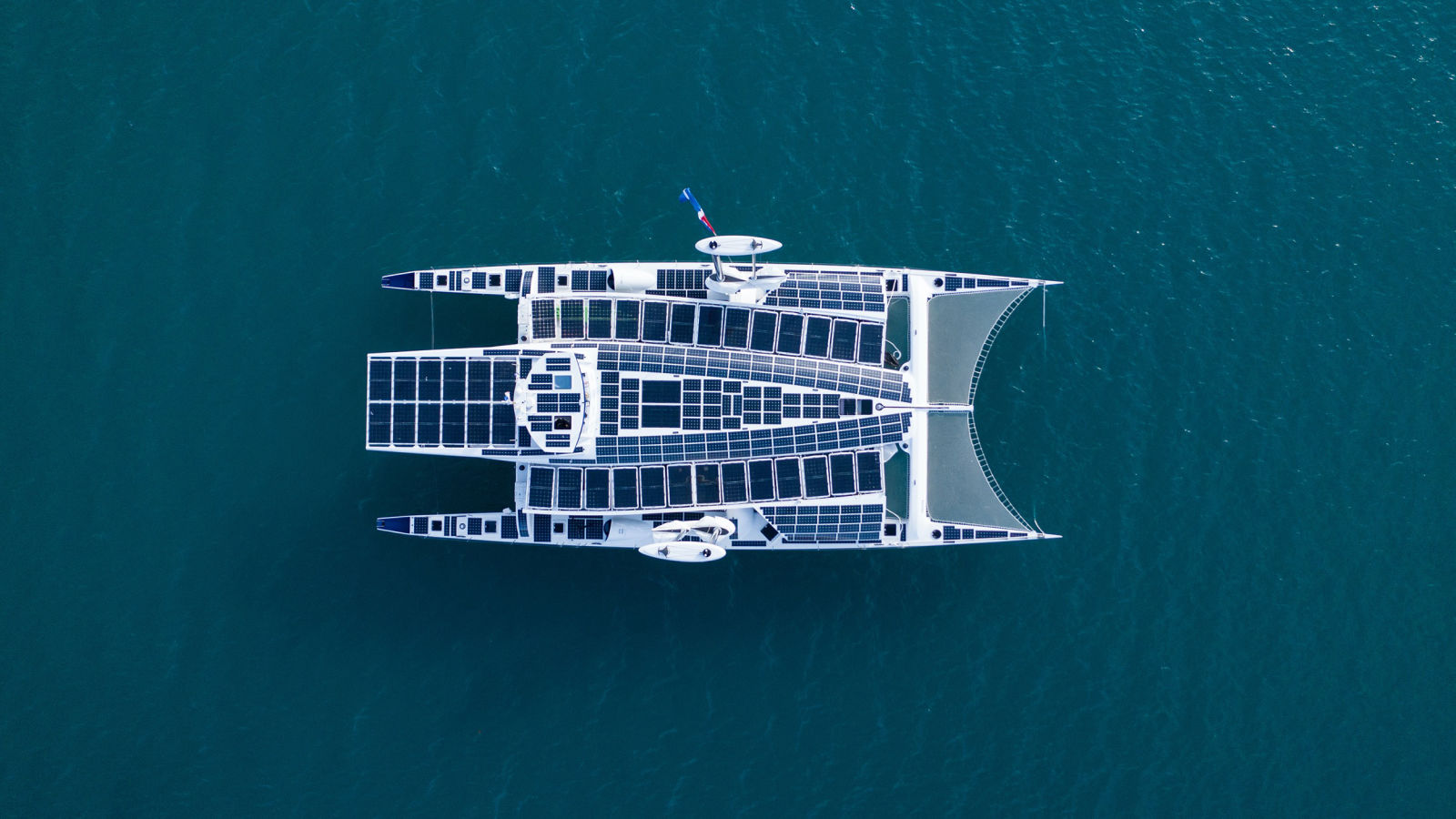 Getting it from both sides. The solar panels can absorb both direct sunlight from overhead and reflected light from below

Living spaces are not at all shabby. This is the saloon

Some pretty complicated systems. You ain’t going to be fixing this with bubble gum and rubber bands

One of eight hydrogen tanks onboard 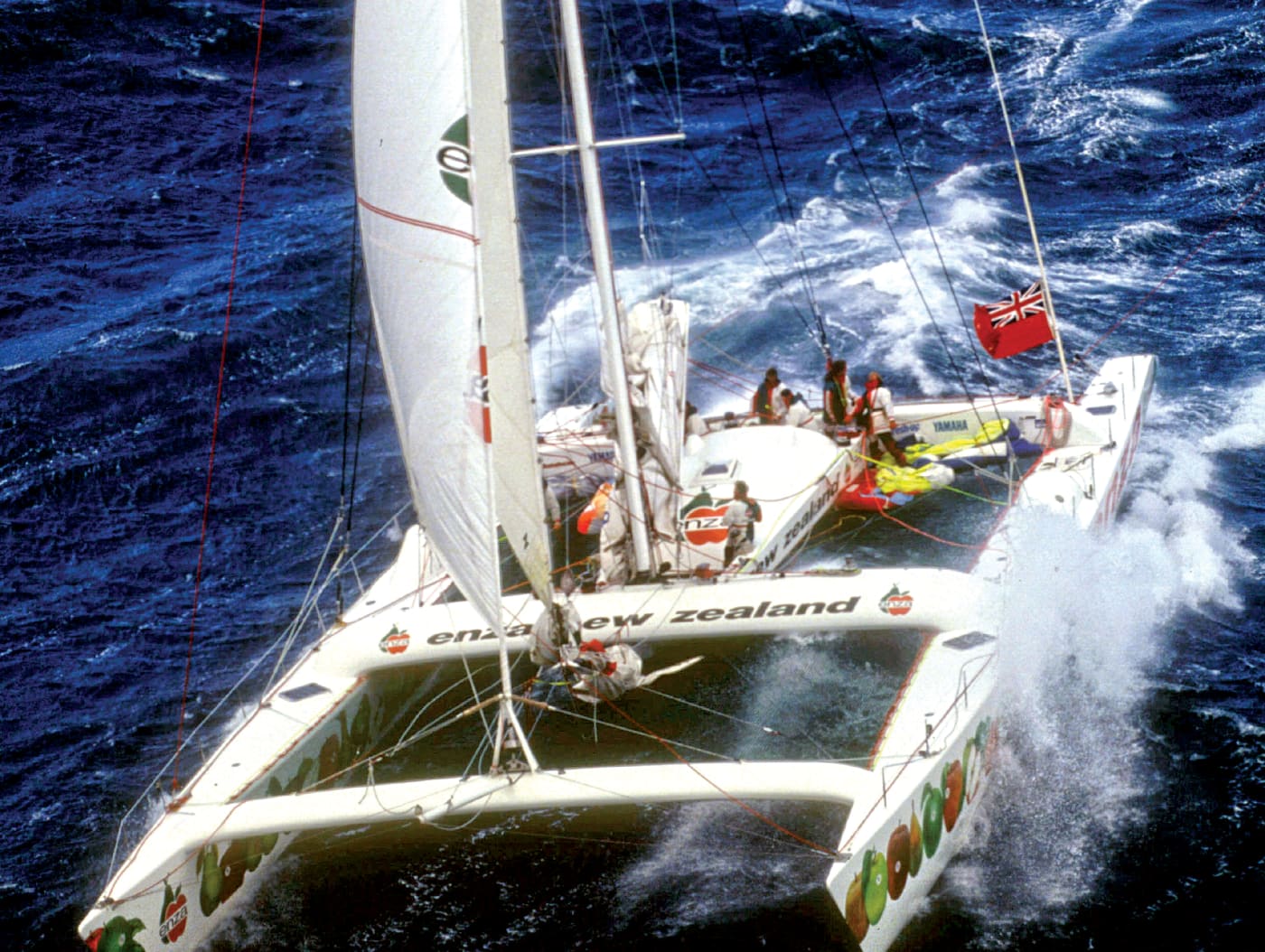 In her previous guise as Enza New Zealand. In 1994 with Peter Blake and Robin Knox-Johnston as co-skippers she set a world record sailing nonstop around the world in 74 days 22 hours

And here’s a short video that sort of explains things:

All of which just goes to show: the future is still sailing.