Dang it. I was going to write a post about the boats I test-sailed after the show in Annapolis, as has been my custom these past years, but I lost my freaking camera and have no pix for it. Ah, well. This gives me a chance to change the subject and point you at a fantastic viddy posted on Vimeo by Byrony Stokes a couple of months ago. About the intrepid Nick Skeates, a dumpster-diving barebones cruising legend and his tough-as-nails self-designed and self-built boat Wylo II.

Though there are no definite landmarks in the background, my tingling spider sense told me while watching the viddy that it was probably shot on the Rio Guadiana, a favorite past cruising ground. And indeed, on pawing through the comments I see this is the case.

Amazingly, Nick has sold plans for a slightly upsized version of his boat to something like 140 different home-building sailors. As of 2013, at least, the boat was also being built on a production basis by Voyaging Yachts in the UK and was available in various states of construction. 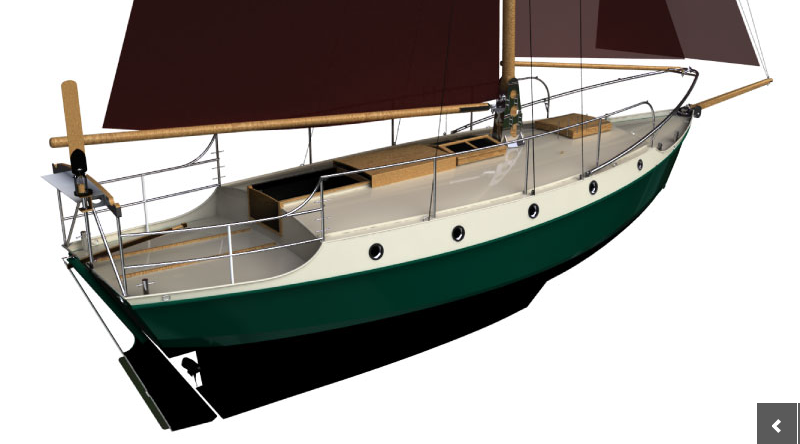 Rendering of a production Wylo, as “re-realized” by Whitehouse Yacht Design for Voyaging Yachts, which now, alas, seems defunct, or at least very inactive

The most renowned Wylo sailor, other than Nick, is certainly Trevor Robertson, who with his then-partner Annie Hill (formerly the bride of Pete Hill, of Badger fame) won the Cruising Club of America’s Blue Water Medal in 2009. Trevor’s Wylo, named Iron Bark, is believed to be the only vessel in history to have spent winters frozen into the ice in both the Arctic and Antarctic. 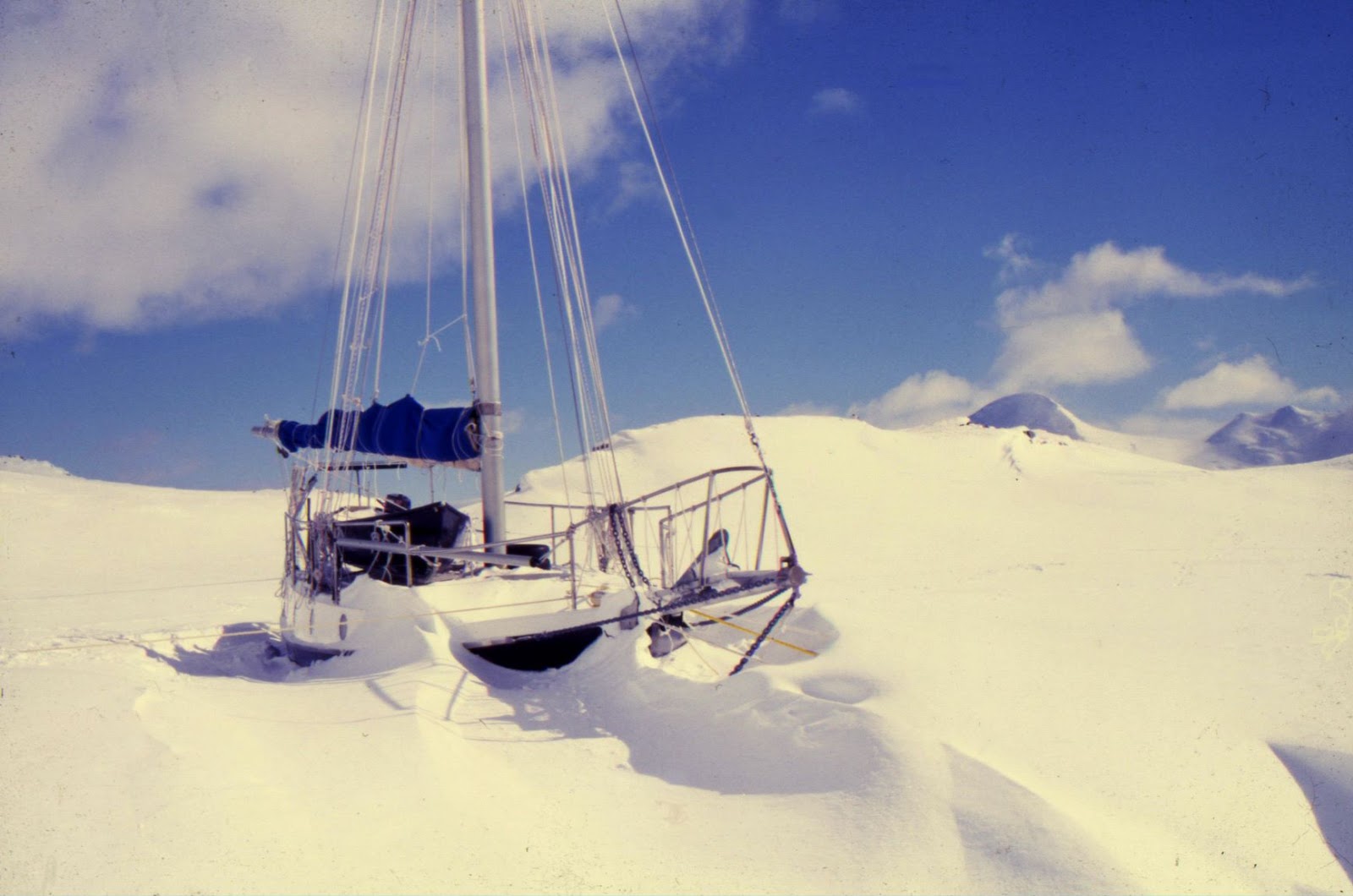 Iron Bark, demonstrating one advantage of a steel hull

In any event, I urge you to watch Byrony’s excellent video, in which Nick expounds on his philosophy of cruising and gives a tour of his boat. Afterwards, you should also watch this one, starring a production-built Wylo, in which Nick provides the soundtrack, singing a tune and playing his ukulele.

Best line in the song (at 55 seconds): Freedom is just another word for being unemployed.