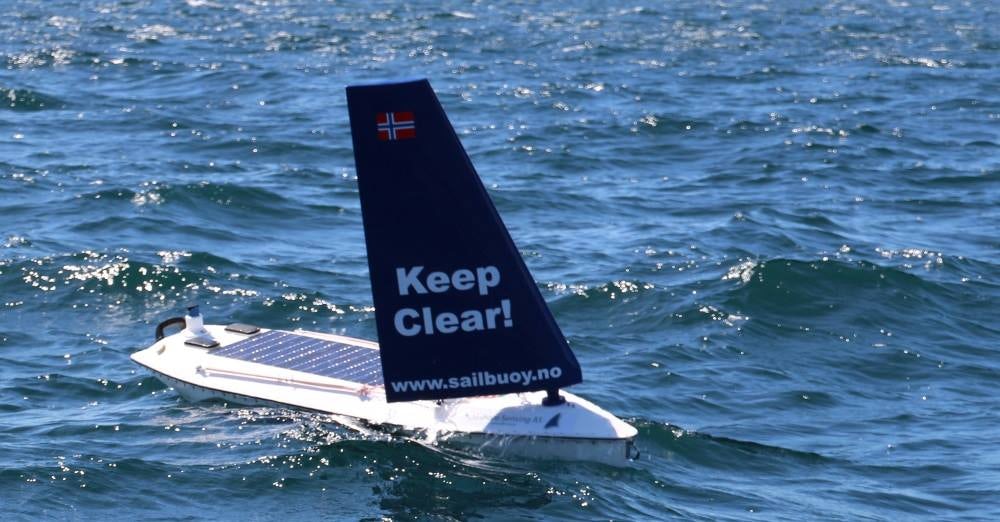 Who needs crew? Not the Sailbuoy Met, a 2-meter long sailing robot, which recently arrived in Ireland after sailing 80 days non-stop from Newfoundland. Created by a Norwegian company, Offshore Sensing AS, Sailbuoy is the first robot vessel to cross the Atlantic and the first to complete the Microtransat Challenge, a transatlantic race for autonomous vessels. Twenty previous attempts by different teams had ended in abject failure. 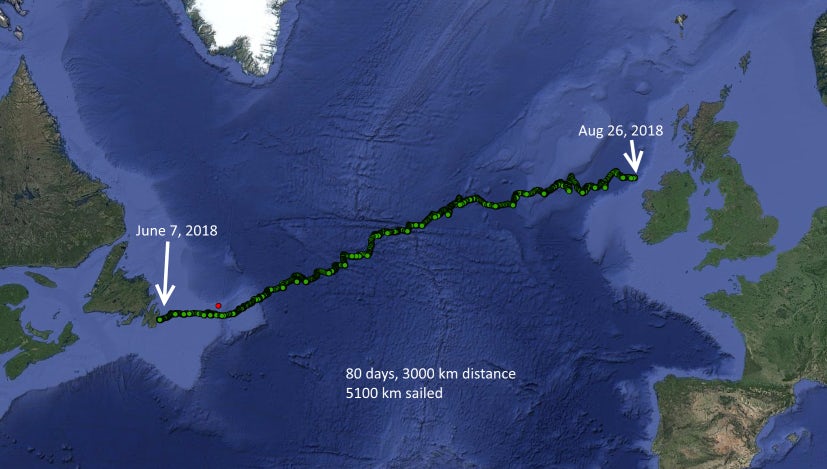 Route of the victor

Check out the Microtransat tracking map and you’ll see there are currently two other robots working to complete the course. SeaLeon, fielded by Dalhousie University of Halifax, Nova Scotia, has been at sea 50 days and so far is a bit less than halfway across. The only American team, Gortobot, based in Gloucester, Massachusetts, released its robot from Cape Ann just two days ago. 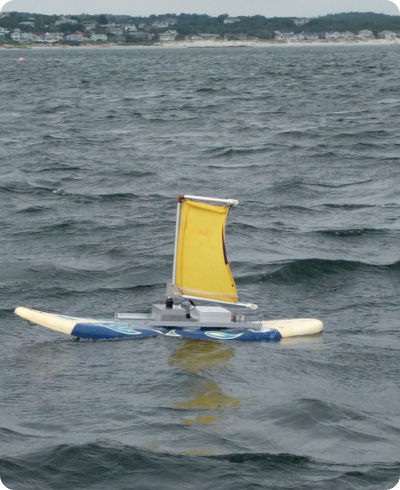 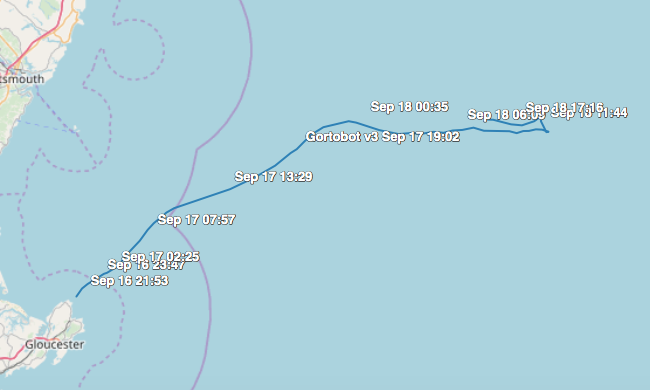 Route of Gortobot so far. Looks like it may have changed its mind and is coming home

What’s the point of a robot sailboat? (Or sailbot, if I may coin a term.) Offshore Sensing hopes to use their bots for long-term oceanic observation, as remote communications relay stations, and perhaps for delivering pizza.

You can learn more by watching this thrilling video: