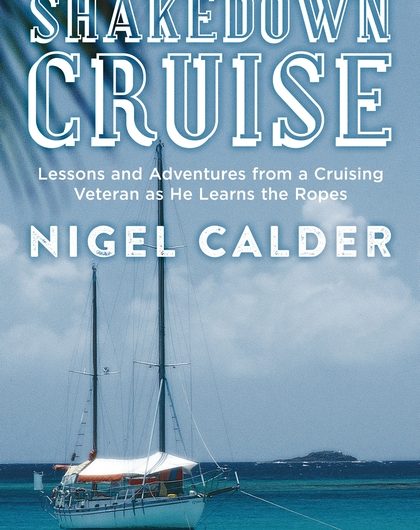 I’m feeling some vindication here. Several years ago when I was Nigel Calder’s regular editor at SAIL Magazine he told me the story of the first time he ever went sailing with Terrie, his future wife. To impress her he’d suggested they borrow (without permission) a small wooden boat that belonged to his brother and take off on a cruise together. She suggested they sail across the English Channel to Amsterdam (they were in the UK at the time) and he readily agreed, though he had little idea what he was doing. Terrie temporarily jumped ship once they got there (to visit with another boyfriend), and on the way back they got run down by a ship.

On hearing all this I immediately suggested that Nigel should write it up for the magazine, but he demurred. Though he’d built up an enormous reputation as the marine industry’s most popular technical writer, he told me he didn’t really feel comfortable writing a simple narrative. And now here we have an entire book of it: the (mostly) unvarnished tale of Nigel’s early days as a bluewater cruiser.

Nigel is certainly not one of those “experts” who would sooner die than admit he ever screwed up at anything. Indeed, Nigel loves to tell stories about how he screwed up, and this book is full of them. It recounts a cruise from New Orleans across the Gulf of Mexico and the Caribbean basin to Venezuela and back, and probably the most remarkable thing about this adventure is that Nigel and Terrie didn’t quit in the middle of it. They were both often seasick, had first one infant to care for, then an infant and a toddler, and their boat, an Ingrid 38 Nigel had finished from a bare hull, sailed very poorly to windward, which was usually the direction they needed to go. 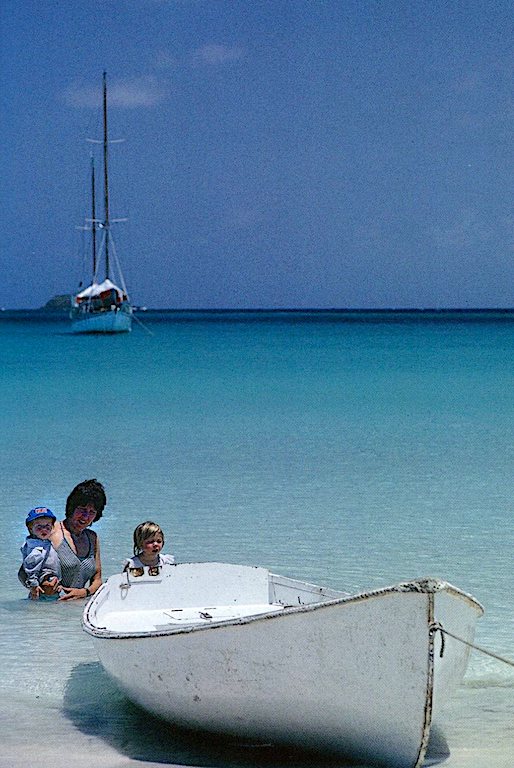 Terrie entertains the kids (son Paul in her arms, daughter Pippin by her side) on a Caribbean beach, with the family’s boat, Nada, in the background. According to Nigel, the boat was exceedingly tender, primarily because he way overbuilt the deck and added too much weight above its center of gravity 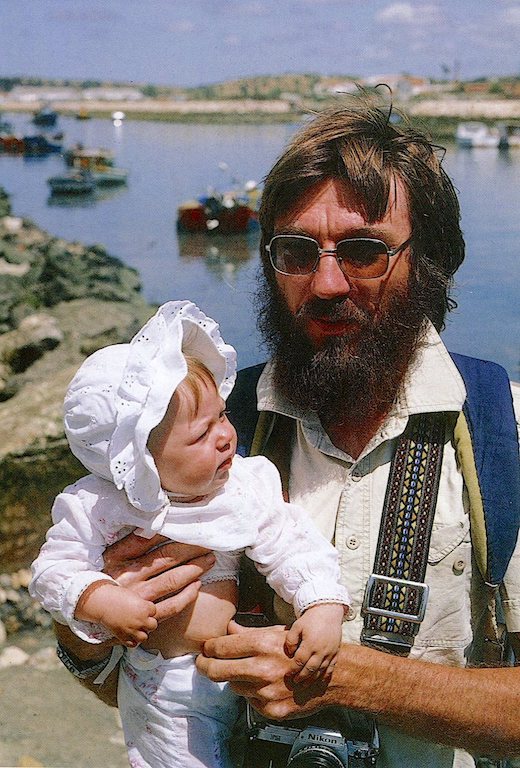 Nigel holding on to Pippin. Clinging to children while sailing (and sometimes vomiting) is a major theme in the book

Interspersed through the sailing narrative you’ll find a fair bit of practical advice, a good dose of Caribbean history, and a parenthetical glimpse of how Nigel got started as a marine writer. The only thing missing, I felt, was a more detailed description of how Nada got built in the first place. 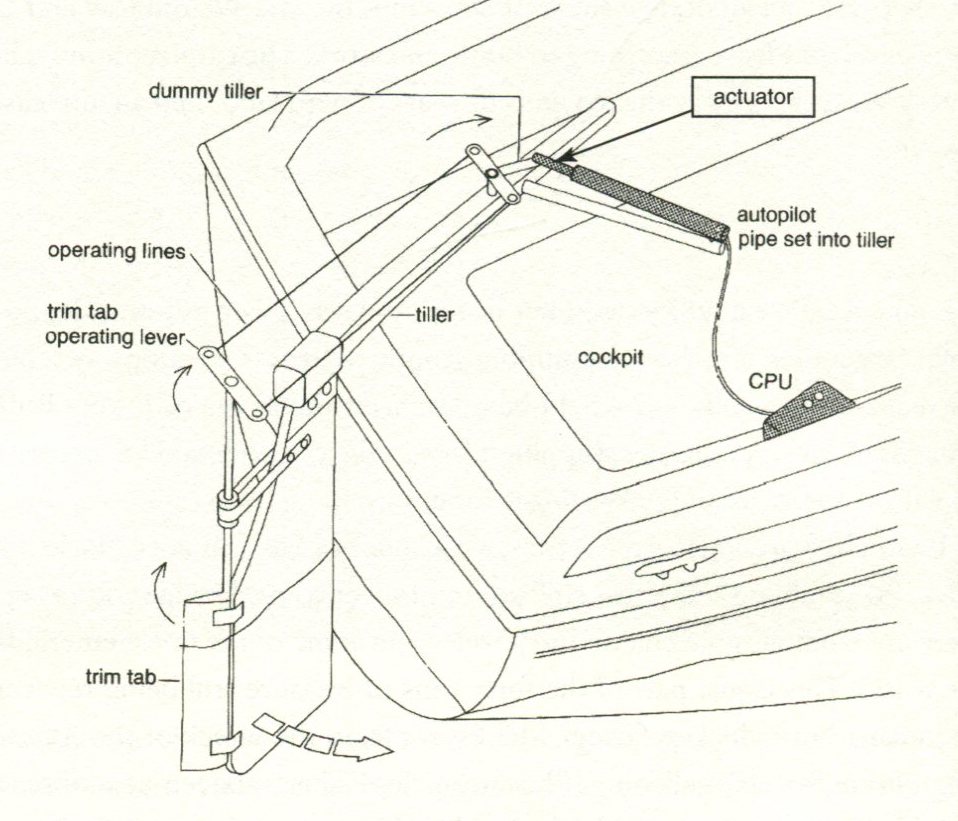 One thing you’ll notice about Nigel as a cruiser: he is not afraid of taking chances. He is fairly aggressive about getting to where he wants to go and is willing to run aground, etc., to do it. Repeatedly, if necessary. I certainly noticed this the one time I sailed with Nigel, aboard his second Nada, a Pacific Seacraft 40. 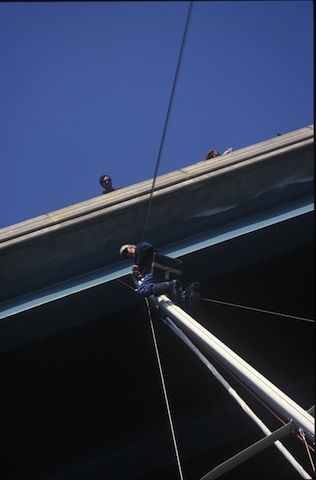 One of a few tricks I learned on Nada 2: if you aren’t sure you can fit under a bridge, hoist a crewmember up to the masthead to eyeball things directly 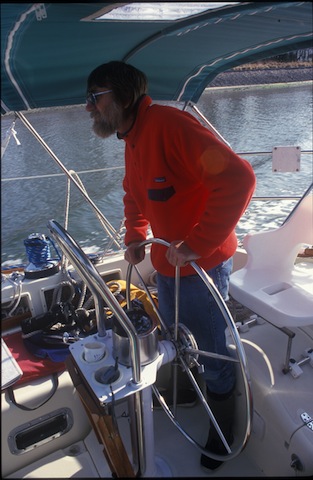 Nigel at the helm of Nada 2, almost running aground at Cape May (not long before we squeezed under that bridge)

I urge you to check out the book. Nigel is good company, on or off a boat, and is an excellent raconteur in print. I always knew he would be.