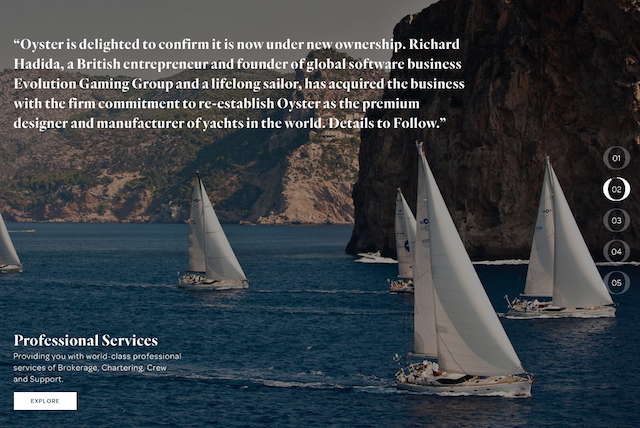 Well, this didn’t take too long. The big news in the boatbuilding world last week was that Richard Hadida, co-founder of Evolution Gaming, has purchased Oyster Yachts, scraped clean of its Polina Star III liabilities, for an undisclosed sum. Hadida is an active sailor who has chartered Oysters in the past and is a frequent guest on Lush, an Oyster 885 owned by Eddie Jordan, a regular columnist for the super-yacht comic Boat International. Hadida has said his immediate priority is finishing the 26 boats currently in build, including Oyster’s first super-yacht, the 118. Moving forward, however, he reportedly would like to de-emphasize big boats and work more on introducing smaller boats in the 40-foot range to make it easier for new owners to join the (now not-so-blue) Oyster cult.

In purchasing Oyster, Hadida apparently outbid six other potential purchasers, including Richard Matthews, Oyster’s founder. Matthews, who did so much to create a super-strong sense of community among Oyster owners when he ran the company, has meanwhile formed an after-sales Oyster servicing business, Fox’s Yacht Service, with Oyster’s former after-sales manager Sarah Harmer. This business evidently will compete with Oyster’s own after-sales service department, a move that Richard Hadida has politely termed “opportunistic.” 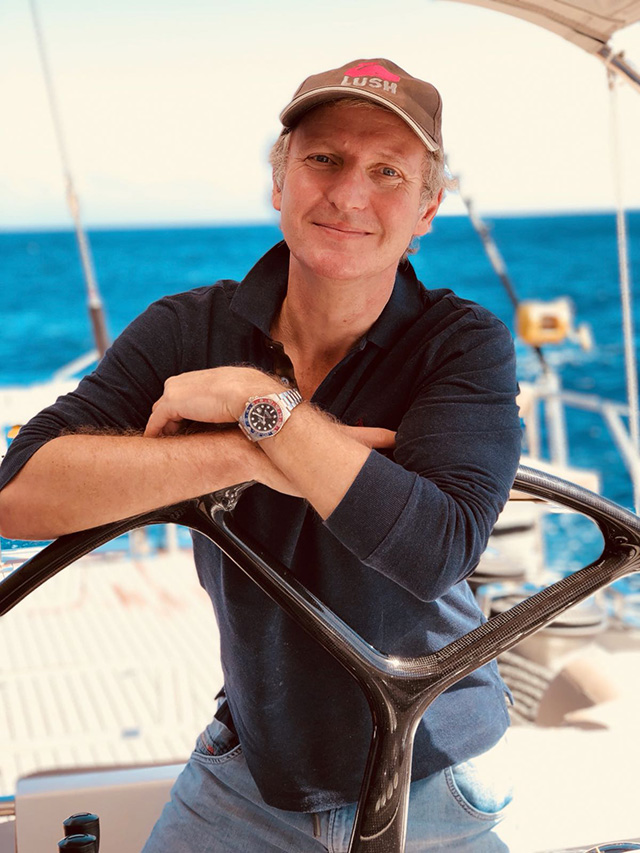 Richard Hadida. He was sailing with Eddie Jordan on Lush last month when he learned Oyster had gone into bankruptcy and immediately resolved to do something about it

This certainly will put Oyster owners with boats in need of servicing in a unique conundrum: do they stay loyal to the brand or the man who created it???

Aside from that I can only applaud Hadida’s desire to bring Oyster closer to earth in terms of the size of boats it builds. We’ll see if the economic realities of the business allow him to stay true to this vision. A range of new smaller boats might well be good for the brand in the long run. Nearly a third of new Oyster buyers now are former Oyster owners, and it makes sense that lowering the entry bar will only enlarge the pool of owners. But in the short run it may be hard to get around the bottom-line fact that bigger boats always mean bigger profit margins.