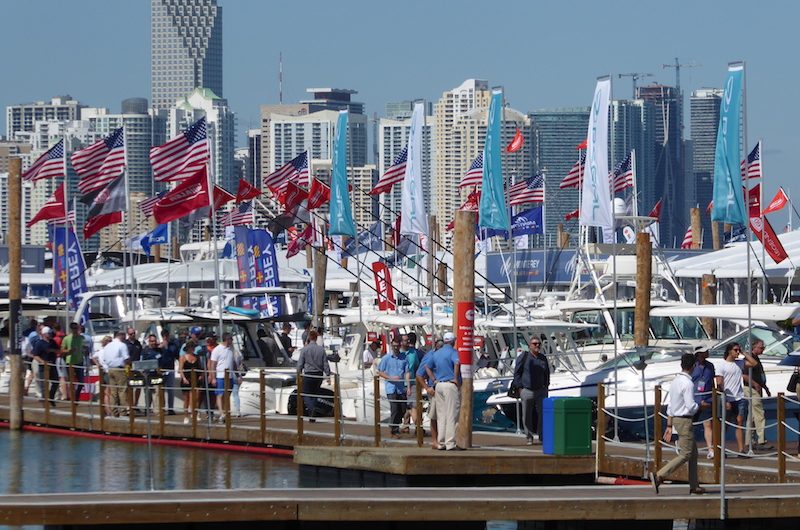 I put in an appearance at the Miami International Boat Show last week for the first time in a few years. My first visit actually since the main part of the show moved out of Miami Beach and consolidated all its bits in front of the old Marine Stadium on Virginia Key. While roaming the ever-shrinking sailboat side of the show (it didn’t take long) I had a few conversations about the demise of Oyster Yachts. Word on the docks had it that the Polina Star III keel disaster was indeed the proximate cause of the boatbuilder’s sudden liquidation. And now today we find that Alexander Ezhkov, the aggrieved Russian owner of Polina Star, has unveiled a full barrage of information pertaining to his ongoing dispute with the builder on a website appropriately entitled How It Went Down.

The site offers up lots of documentation, including the original build contract, surveyor’s reports, incident reports, a communications log, and a detailed timeline of the yacht’s brief existence and the dispute that blossomed out of it. 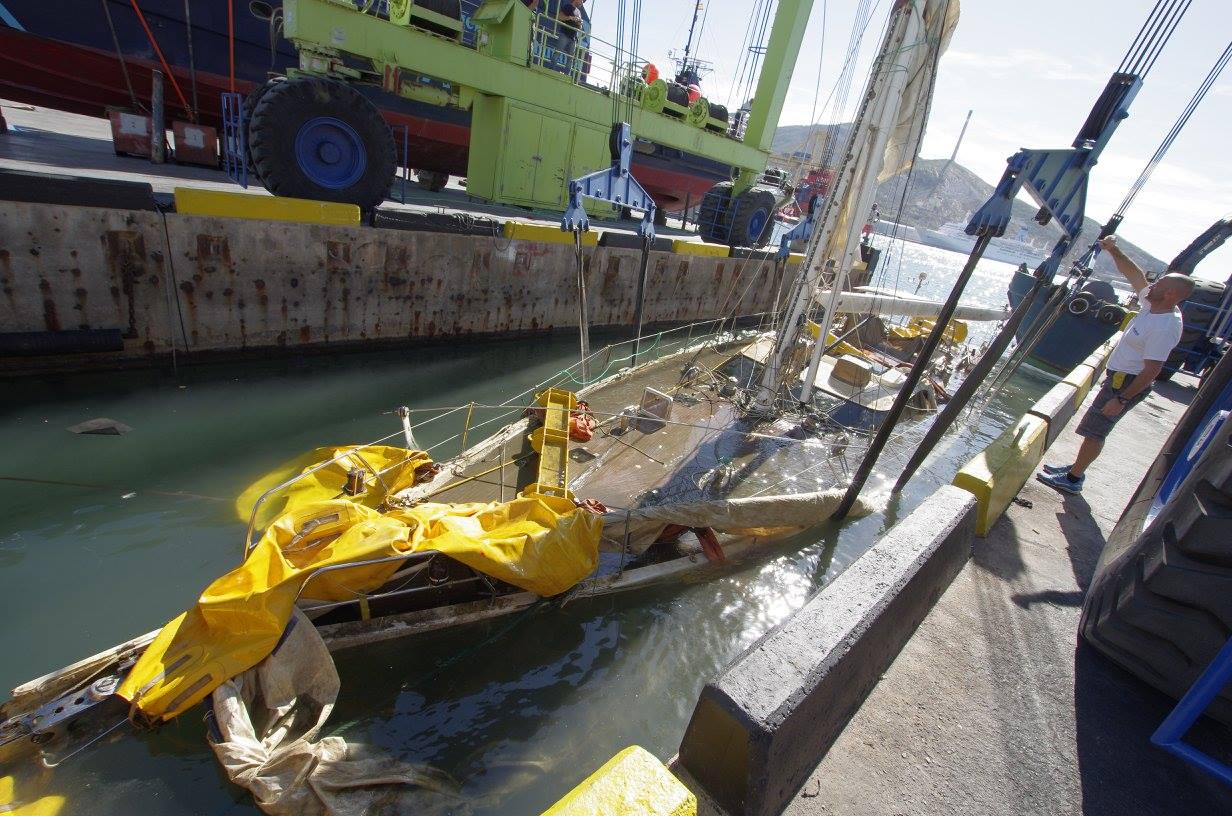 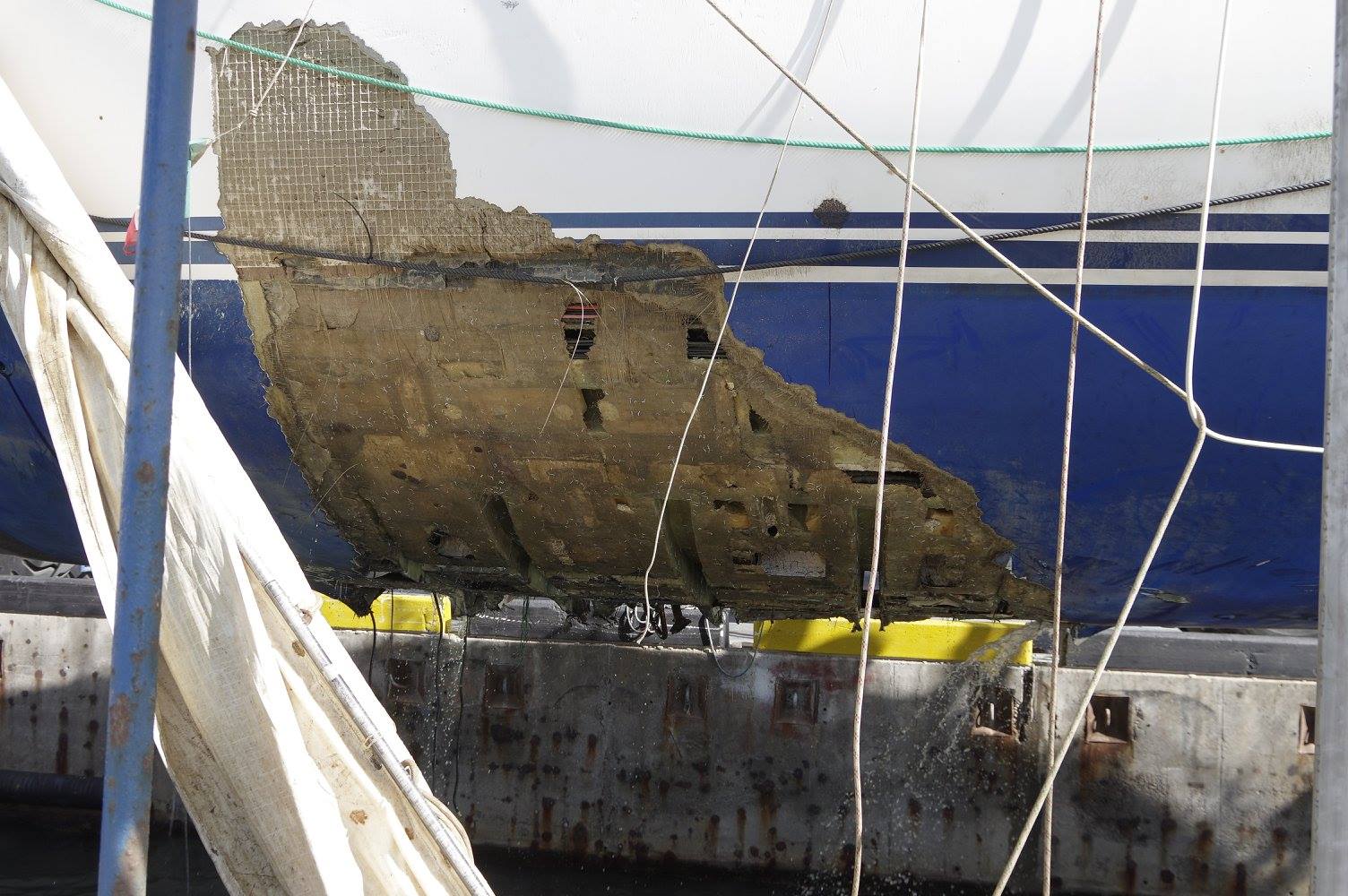 Where the keel used to be. As you can see, a huge piece of laminate ripped off the bottom of the boat

Though Ezhkov did receive an insurance pay-out for the loss of his boat, he has continued to assert claims against Oyster for uninsured incidental losses, and Oyster has repeatedly refused to negotiate with him. The last unsuccessful attempt to talk was at the Boot Dusseldorf show in January, shortly after which Oyster announced it was liquidating. Ezhkov now is asserting that Oyster’s owners may have stripped the company of assets prior to the announcement.

No one I spoke with at Miami believes there is any chance that Oyster’s founder, Richard Matthews, will swoop in to the rescue the company, in spite of much hopeful speculation among Oyster’s cult of faithful owners.

As for the Miami show itself, I have to say it seems smaller than before. But, as always, it had lots of interesting things in it that you never see at sailboat shows… 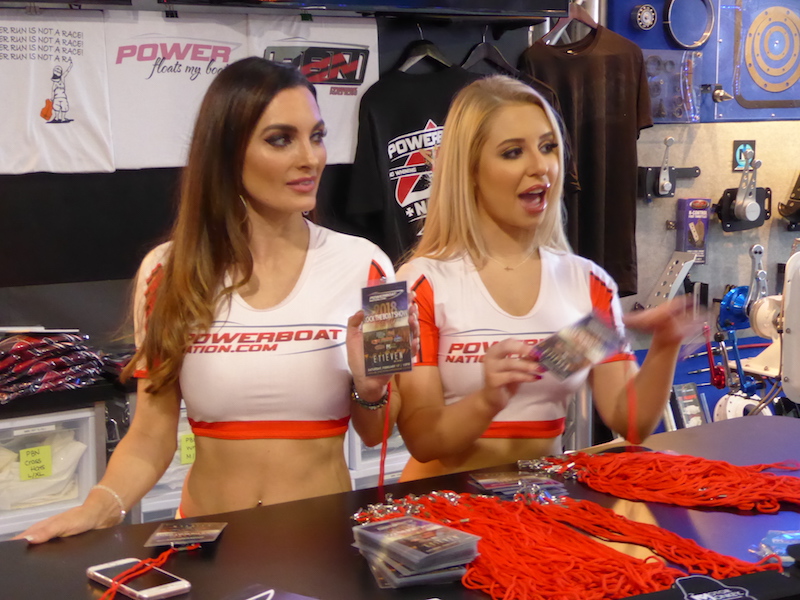 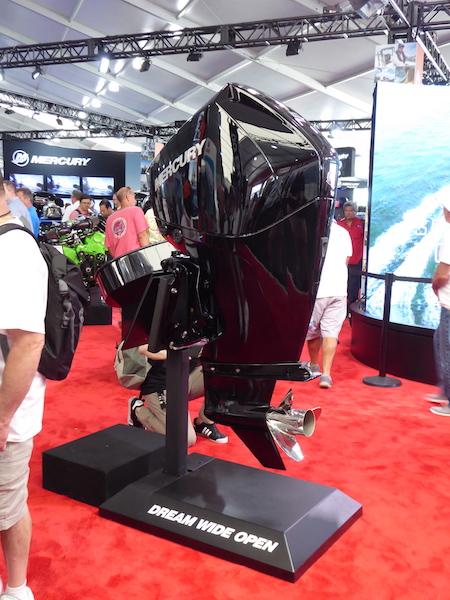 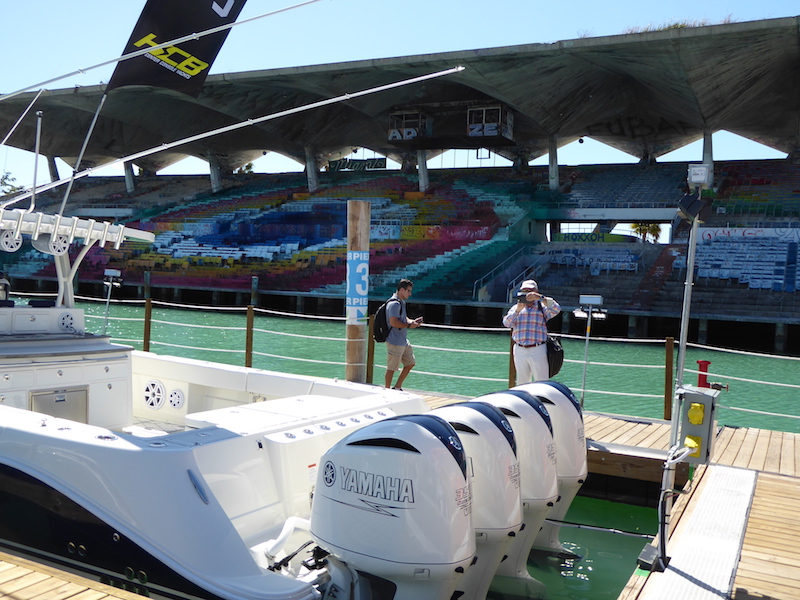 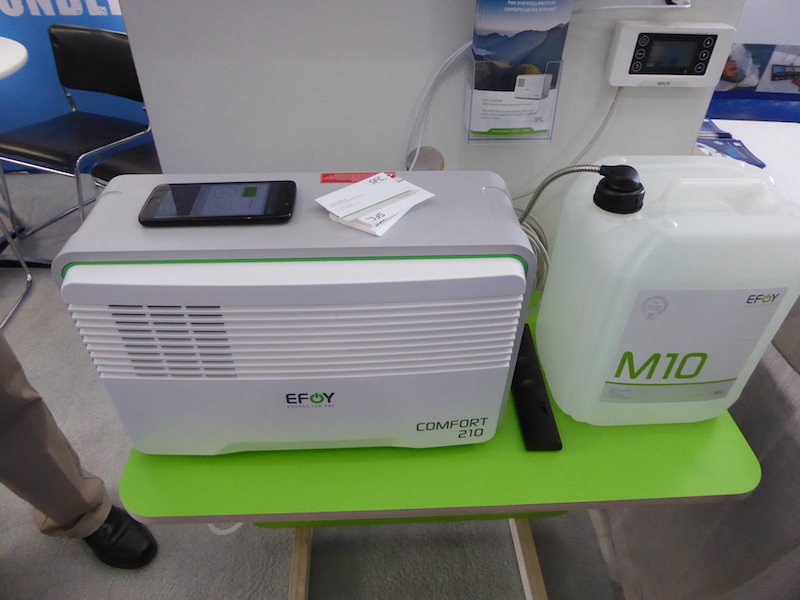 An EFOY fuel cell. It turns 2.6 gallons of methanol into 925 amp-hours of electricity, with a bit of fresh water left over. Charging output of this top-of-the-line unit ($6,900) is 8.75 amps for a daily capacity of 210 amp-hours. These have actually been around for a few years now. Not enough output to run everything, but combine it with solar and wind and you can go a long long time without worrying about juice 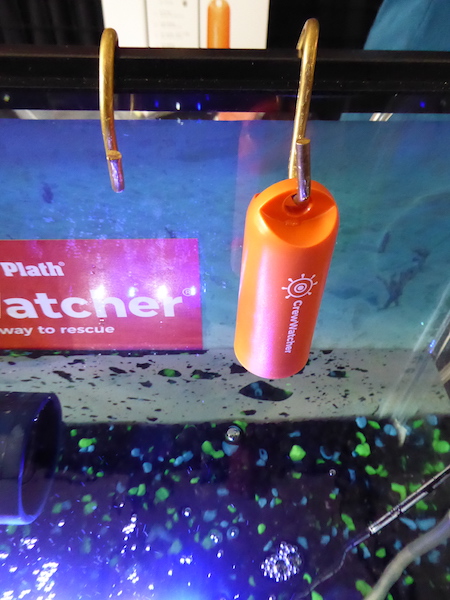 These are very cool (a 2017 SAIL Magazine Pittman Award winner) and are now being distributed by Weems & Plath as the CrewWatcher. Buy this $90 fob, download a free app to your phone or tablet, and you have a working MOB alert system 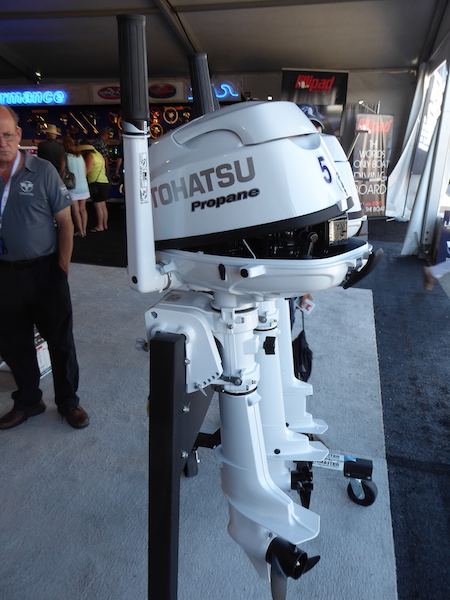 Never seen one of these before. A propane-powered Tohatsu outboard 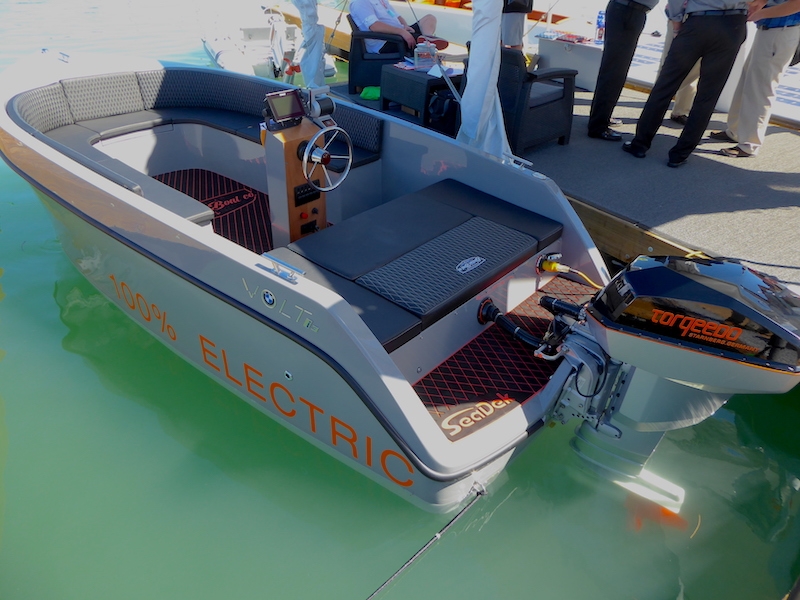 Torqeedo and BMW, together at last! An all-electric marriage made in heaven 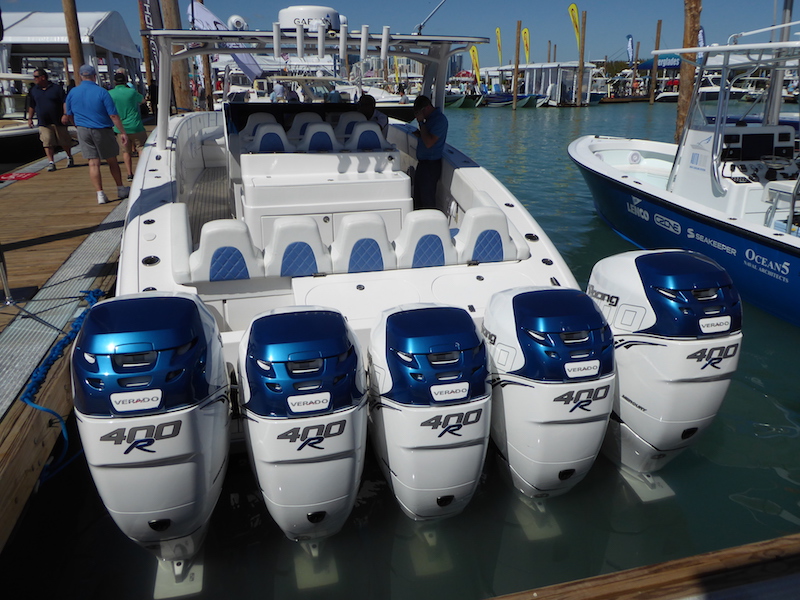 Too many outboards for sure 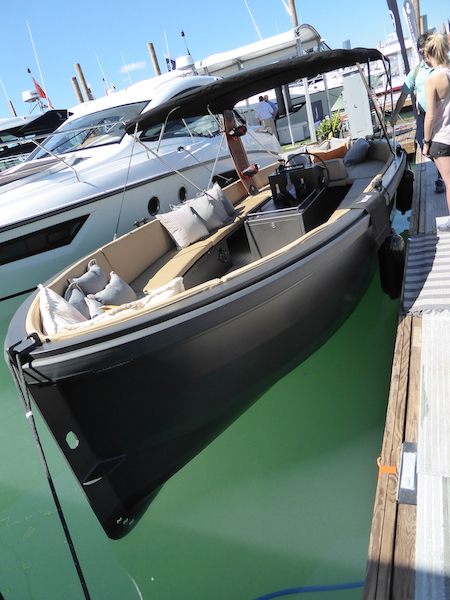 This was my favorite boat in the show. An aluminum lifeboat tricked out for power-lounging, with toeholds, a handhold, and a swim step incorporated into the stem 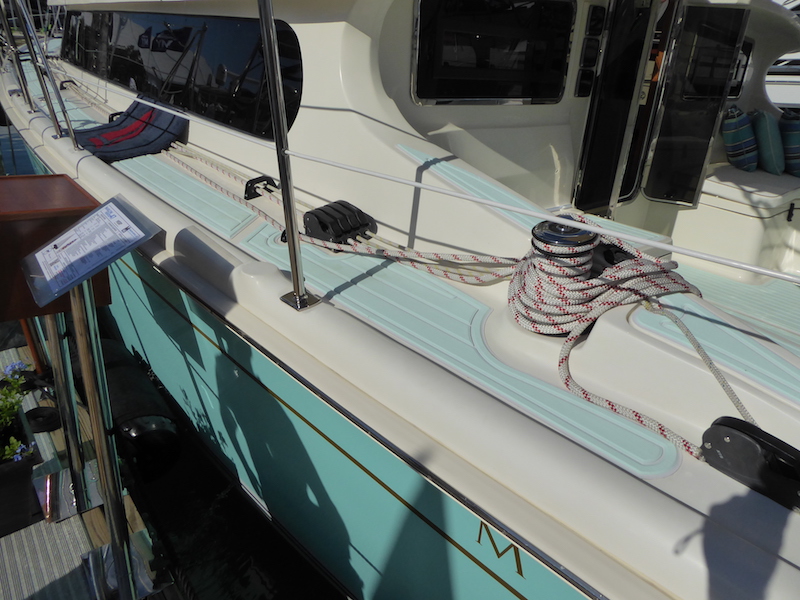 And yes, there were some sailboats, including this Marlow Hunter 47 with Bahamas turquoise topsides and matching spongy Sea Dek nonskid. Crazy mon!