Here we go again! As I write this Hurricane Maria, a Category 3 storm due to ramp up soon to Cat 4 strength, is bearing down on the islands of Dominica and Martinique with its eye projected to pass through the channel that separates the two islands by the end of the day. From there the storm should pass close by St. Croix tomorrow night, clobber Puerto Rico on Wednesday, give the Dominican Republic a glancing blow early Thursday morning, and then run right over the Turks and Caicos on Friday. 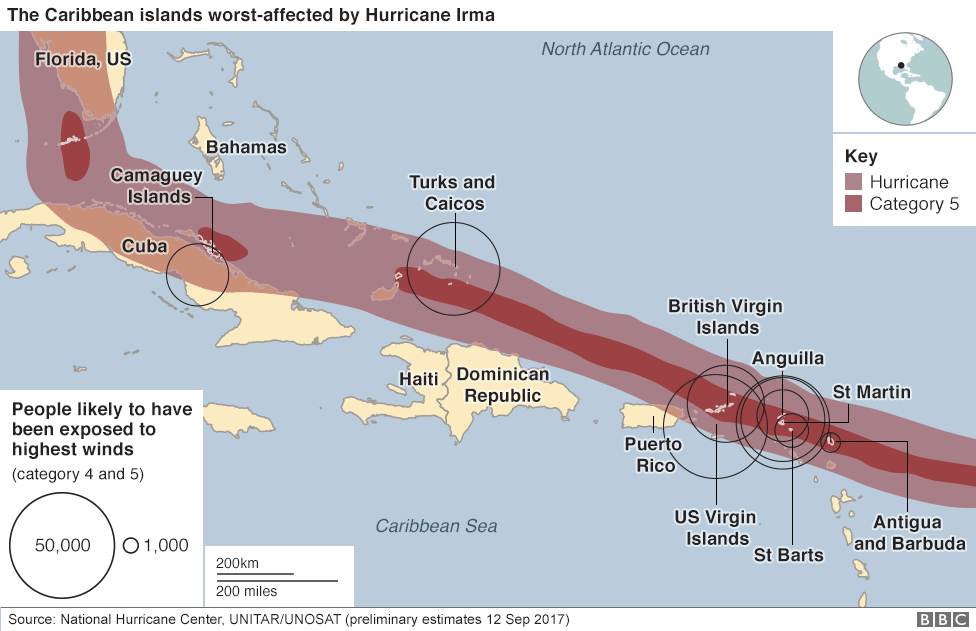 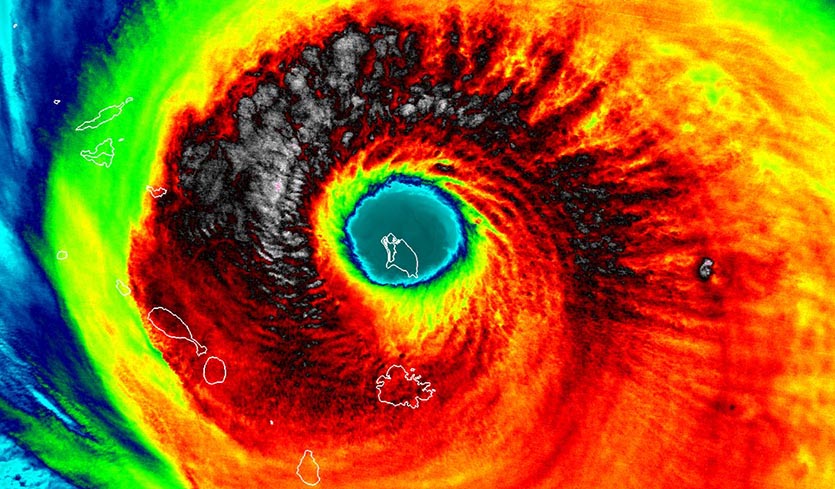 An infrared image of the eye of Irma directly over Barbuda, where she first made landfall. The beginning of a long train of destruction. The residents of Barbuda have all been evacuated to nearby Antigua, as pretty much every building on the island was demolished

The Caribbean sailing and marine community, not to mention the community at large, is taking it in the teeth. The loss of life, thankfully, has been relatively small (so far), but the damage done has been phenomenal. The term “biblical” is not at all inappropriate. To get a good idea of what it’s like on the ground in these places, you should check out the Facebook feed of Paul Exner, a sailor based on Tortola: “We function between insomnia, sleep deprivation, and adrenaline.”

Or just study some pix, which I’m sure you’ve been doing already. 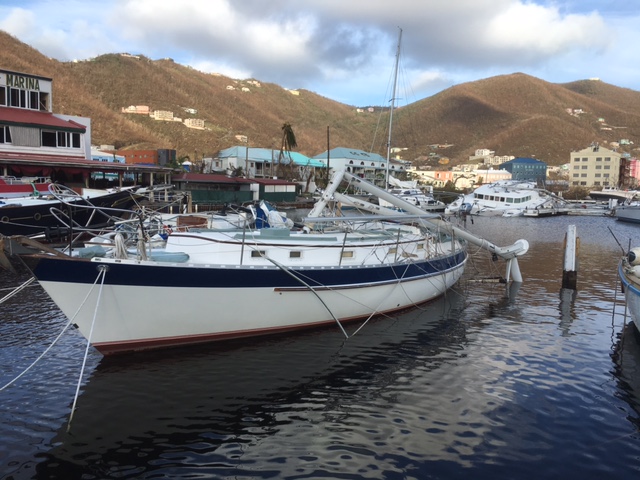 This is Chanticleer, a Valiant 40 belonging to my buddy Jeff Bolster, which he had stored at Village Cay Marina in Road Town, Tortola. Judging from this photo she did fairly well: dismasted, ruined lifelines and pulpits, but at least she’s afloat. The problem now is how to get to her and fix her. You may recall that Chanticleer also weathered a direct hit on Bermuda from Hurricane Gonzalo just three years ago 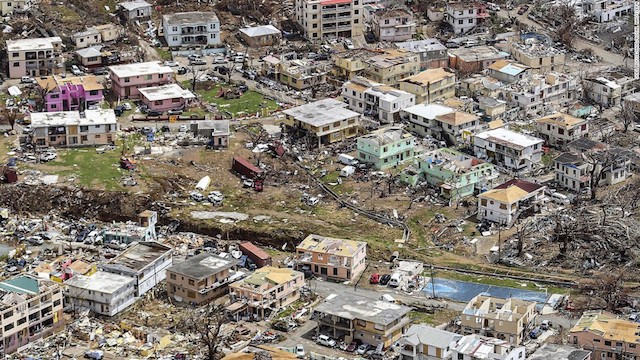 Meanwhile, the rest of Road Town is looking like this. An extremely post-nuclear scene 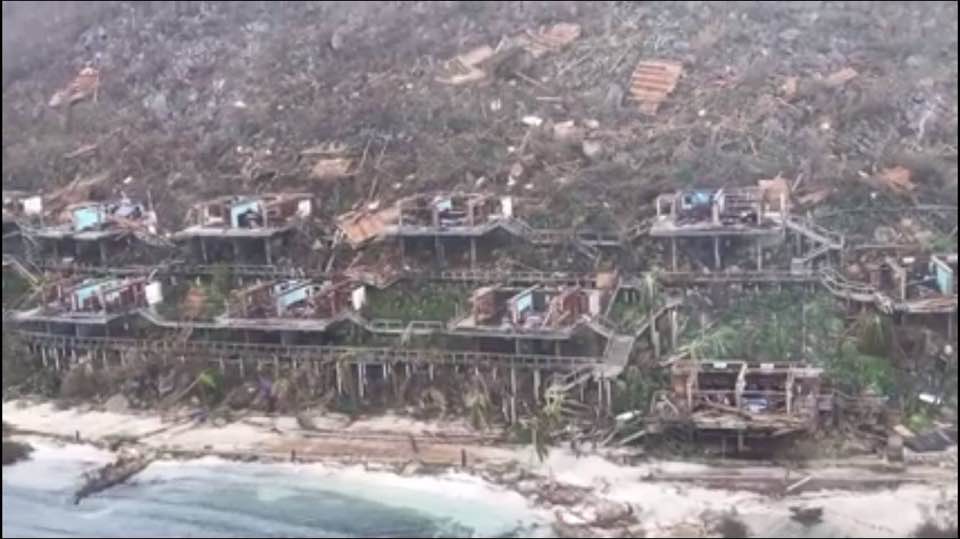 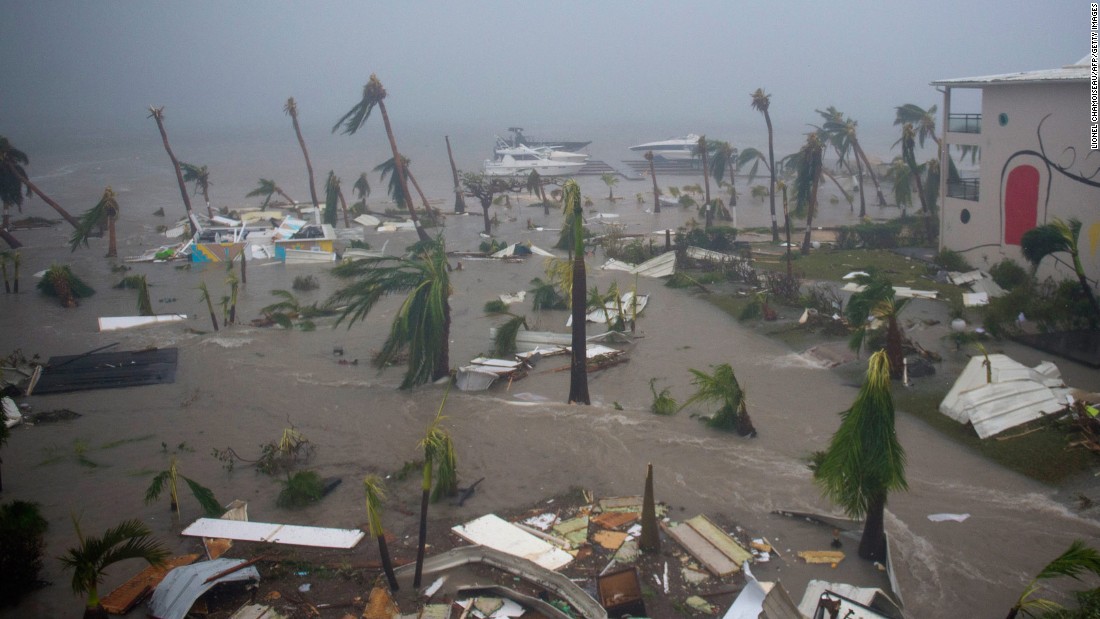 Marigot, on St. Martin, during the storm 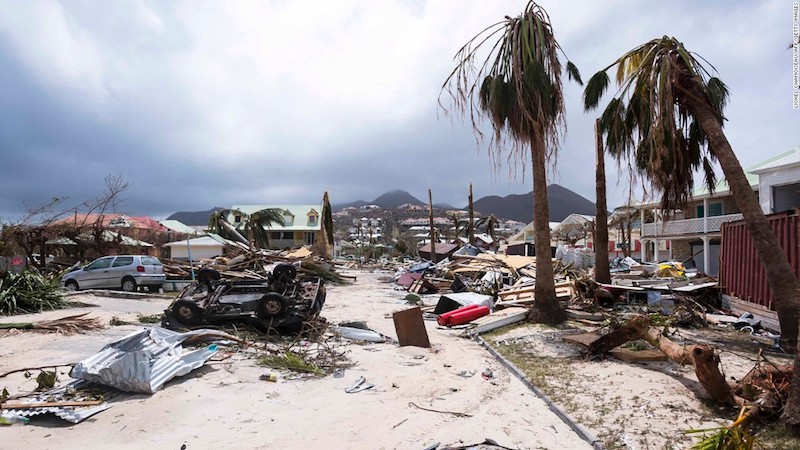 Orient Bay, on the east coast of St. Martin, not far from Oyster Pond, my favorite winter base on the island 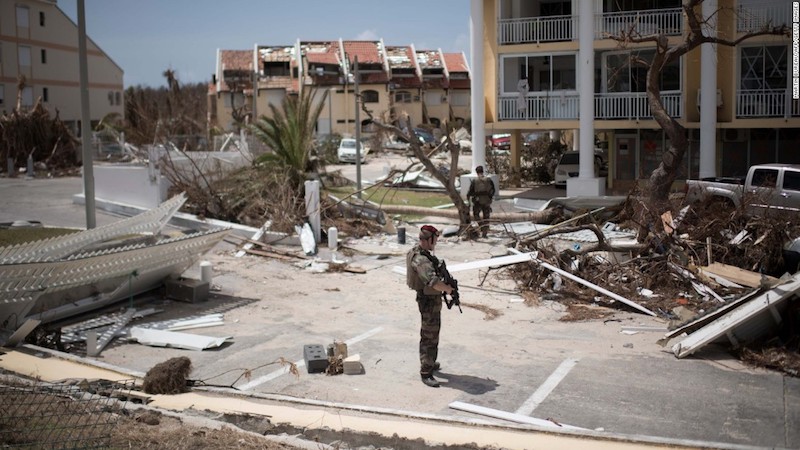 French troops on St. Martin. Civil order has broken down on some islands and military units have had to come in to keep the peace

This is hurricane damage far beyond anything the islands have suffered before. Several relief efforts are springing up, including some involving yachts and the yachting community. One of these is being thrown together by my old partner-in-crime, Hank Schmitt, of Offshore Passage Opportunities. You’ll recall he started giving back to the islands a few years back when he first raised a bit of money to help Albert, his favorite “boat boy” on Dominica, build a new boat. Then he raised more money to install a mooring field off Portsmouth in Dominica, so as to encourage more yachts to put in there. Since then he’s also started working to create similar programs on other islands.

Now he feels compelled to do what he can for the marine community on St. Martin, which, like so many of us, he has used as a base over several winters.

Check out the OPO website and you’ll see you can make donations to one or both of these efforts. You can also sign up to crew on yachts taking supplies down to St. Martin.

If you want to take a look at some other relief efforts, a good place to start is by checking out my SAILfeed compadre Behan Gifford, who’s down in Grenada on her boat and has published this survey of relief projects she has learned about.

If you want to help Paul Exner specifically, you should check out Andy Schell, another SAILfeed compadre, who has organized a very focused relief fund to benefit Paul and his family.

Meanwhile, I’m chewing my fingernails over the fate of Dominica. When I visited the island with Hank in February of last year I was very taken with the place. It is much less developed than most other Caribbean islands and when I was there was still struggling to cope with the damage done in 2015, when Tropical Storm Erica caused flash flooding that wiped out several key bridges. Taking a huge hit from Maria now could be a real knock-out punch.

And, of course, I haven’t even mentioned Hurricane Harvey and all the damage he did in Houston. Or the unusually severe wildfire season out west that has seen more than 8 million acres of land go up in flames. Or the unusually catastrophic monsoon flooding in South Asia, which has killed over 1,000 people and displaced millions more. 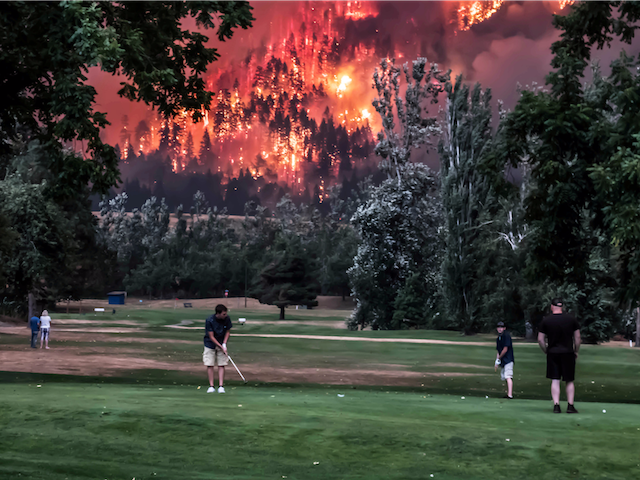 Golfing in Washington State this summer

Personally, I am very much afraid this is slowly going to become the new normal. That we will be plagued by a relentless series of natural disasters that will eventually tear apart the fabric of this thing we call civilization.

If it really is just a Chinese hoax, I have to say so far this year it has been a convincing one.