No, I was not rooting for Oracle Team USA in this just-concluded edition of the America’s Cup. And yes, like many others, I am quite happy to see the Cup go back to Auckland with Emirates Team New Zealand, and I am looking forward to seeing a new chapter open in the ever-evolving story of the oldest competition in sports. But I do not understand why everyone is now trashing Larry Ellison. Most of the post-event commentary I’ve seen would have it that Ellison is almost the devil incarnate, and that but for ETNZ he would have destroyed modern-day Cup competition.

How ungrateful can we be? I’ve never been a huge fan of Ellison’s, as loyal WaveTrain riders will attest, but I do think we need to give credit where credit is due.

I don’t know about you guys, but I personally found Takes 33 and 34 to be two of the most fascinating Cup cycles in the event’s long history. Take 33 was a true Battle of the Tycoons, in the best tradition of the Cup, both in court and on the water, culminating in what will likely be remembered as the event’s most over-the-top straight-up DOG (Deed of Gift) match. Take 34 saw a collection of the world’s largest foiling catamarans duking it out on the windy waters of San Francisco Bay, with teams climbing learning curves so steep there literally were lives at stake. (Hands on hearts here, please, in memory of Andrew Simpson.) 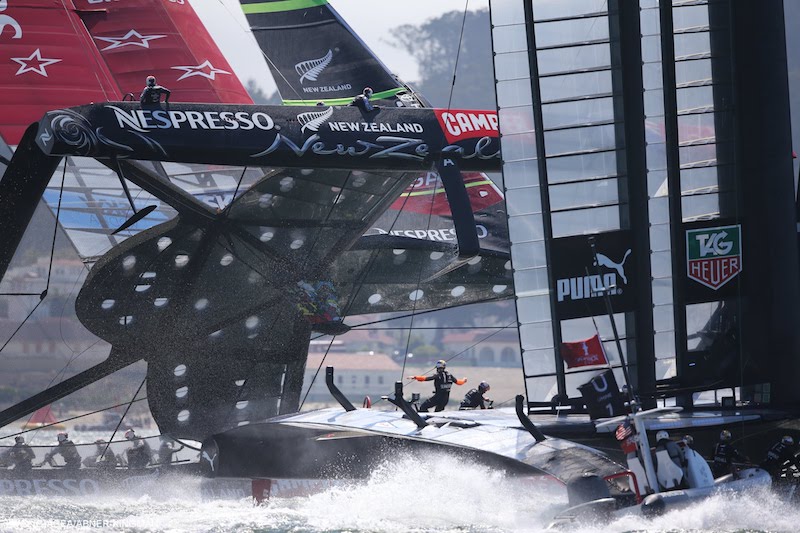 Admittedly, Take 35 was something of a snore compared to its immediate predecessors, but please, let’s maintain some perspective here.

Ellison’s many critics are now complaining as follows:

1) He has undermined the role of yacht clubs in AC competition. Say what? It’s not because of Larry Ellison that yacht clubs have become increasingly irrelevant in modern sailing. It was Bertarelli who made the Cup’s club clause a total joke by creating the fictitious Club Náutico Español de Vela in 2007 to stand as a challenger. It was Ellison who saved us from that scam. Yes, he did game things a bit in cutting his deal with the Golden Gate Yacht Club. But it is a perfectly legitimate club, and the deal he cut saved it from dying.

2) He has undermined the Cup’s nationality clause. Yes, this is a trend he continued, but he certainly did not initiate it. Again, it was Bertarelli, a Swiss yachtsman who had no hope of mounting a purely Swiss challenge, who blew Cup nationality all to hell by hiring Russell Coutts away from Team New Zealand right after AC Take 30 in 2000. And lest we forget our ancient history, American defenders were relying heavily on foreign crew back in the Cup’s golden age. Charlie Barr, the most successful skipper on American boats from 1899 to 1903, was Scottish and many of the deckhands under him were Scandinavian.

3) He effectively betrayed the United States by taking this defense outside the country to Bermuda. But again this is not a trend that Larry Ellison initiated. Once again it was Bertarelli who set the precedent for venue-shopping when he took the Cup to Valencia in 2003. And lest we forget, it was also Bertarelli who proposed that the 33rd defense be staged in Ra’s Al Khaymah, within rocket range of Iran, a notion Ellison had to spend good money fighting in court. Bermuda, which is easily accessed from all of the U.S. East Coast, was, I believe, a perfectly reasonable venue.

4) His attempt to “mainstream” the Cup and get non-sailing audiences interested in the event by introducing foiling cats in a stadium-sailing format has been misguided. Which is true, I believe, but Larry Ellison has not been the only one in the sport promoting this concept. My sense is this is more a Russell Coutts thing than an Ellison thing, presumably, I’ve always assumed, because Coutts is interested in creating more and more lucrative opportunities for professional sailors. Also there has never been any shortage of people who believe Cup competition should somehow become as regularized, and as popular, as Formula One racing.

As to that last point, I have to say we at least had to try this “popular” format, if only to demonstrate that competitive sailing can never be truly popular. The Cup in San Francisco was not the popular draw everyone hoped it would be, and I am sure in the end that will prove to have been true in Bermuda too. We have to face the truth people! Sailing will never be mainstream. It is too technical, too esoteric, and too obscure.

Which brings us to the biggest contribution to the sport that Larry Ellison made during his tenure as Cup defender: he hired Stan Honey and spent the bucks needed to create the video graphics that make sailboat racing truly telegenic. No, this can’t make sailing very accessible or interesting to laypeople, but it certainly has made sailboat racing much more fun for the sailing cognoscenti to watch on TV. 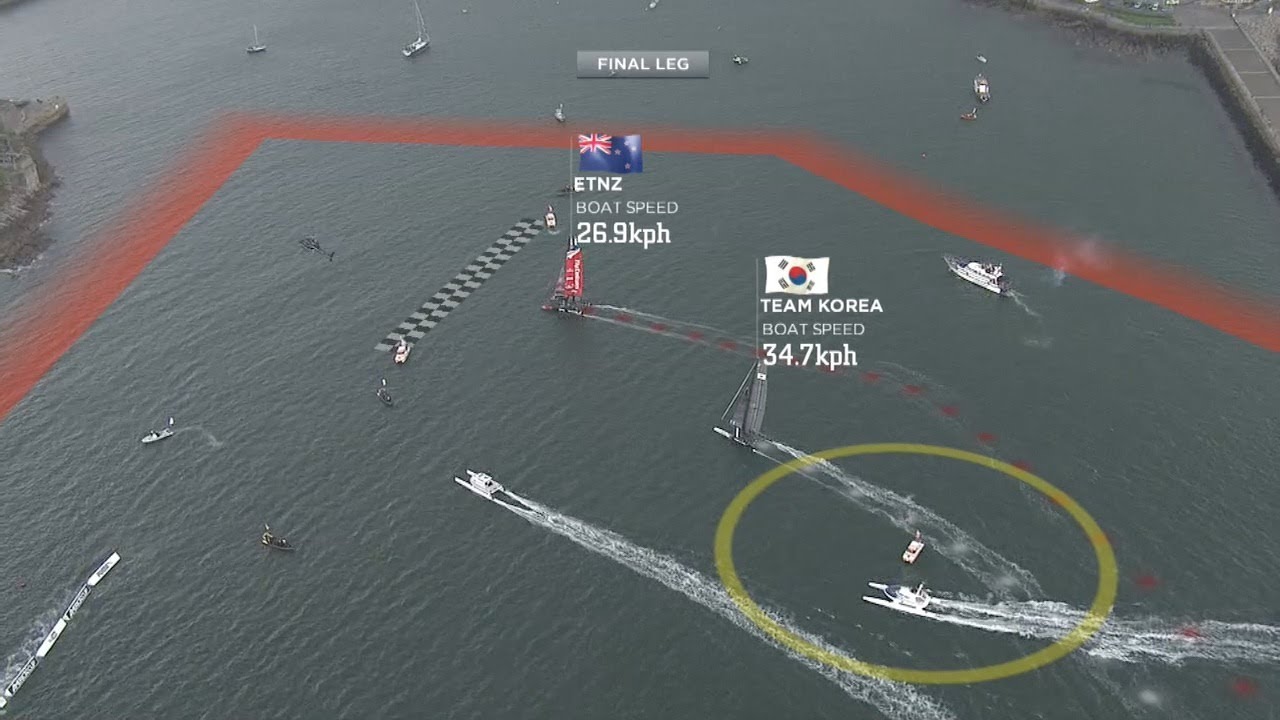 In organizing the next defense I do hope ETNZ will bear all this in mind. To make AC Take 36 a success they need to forget the general audience and create the best event possible for a sailing audience.

And meanwhile all the rest of us need to doff our caps, raise a glass, and just plain say thanks to Larry Ellison.