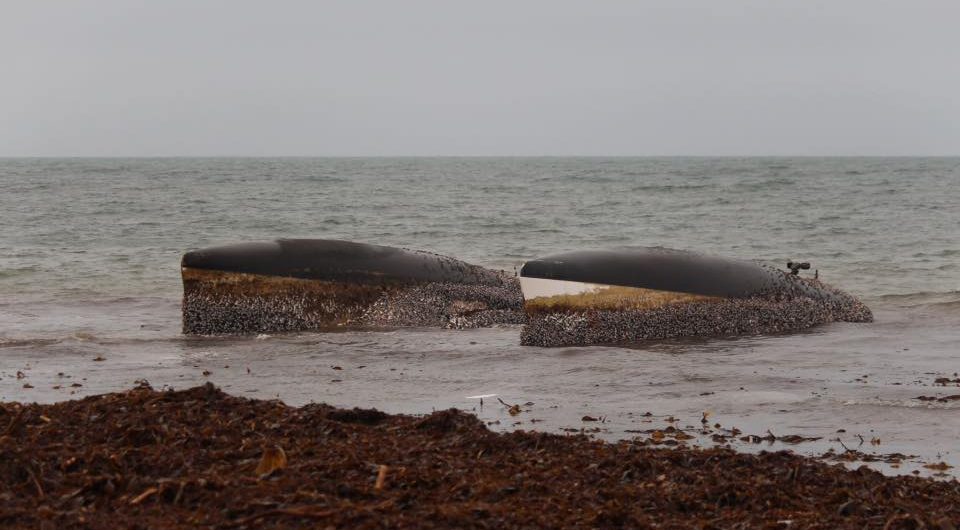 How the worm turns! I posted my account of how I and three others abandoned the Alpha 42 catamaran Be Good Too 300 miles off North Carolina exactly three years ago today. And now here I am come to report she has just washed up on a beach in the Outer Hebrides in Scotland. I couldn’t believe it at first. A guy named Jef on the island of South Uist sent me the photo you see above just yesterday, plus a few others, and asserted he thought it must be Be Good Too. The only similarity I saw was in the reverse destroyer bows. Other than that it was impossible to say if it was the same boat or not.

We kept slinging e-mail back and forth and eventually he sent me this link here to a BBC TV news account (in Gaelic, if you can believe it) that leaves no doubt as to the boat’s identity. Here are some relevant screen shots:

This was at low tide, as opposed to the high-tide shots I first received. The distinctive orange and grey hashmarks on the bow are a dead giveaway 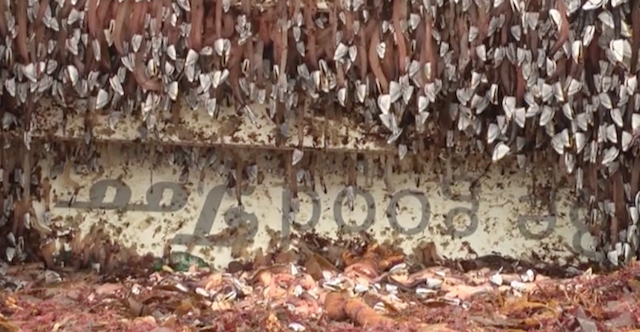 And of course, there’s no arguing with the name on the transom!

The full rear view. The keels are gone. Those bothersome rudders that gave us so much trouble are gone. One saildrive leg is gone. And it appears the cabinhouse (not to mention the rig) is gone too. It looks like she’s probably been upside down for a long time

To give you a frame of reference, here are a couple of shots of healthy Alpha 42s: 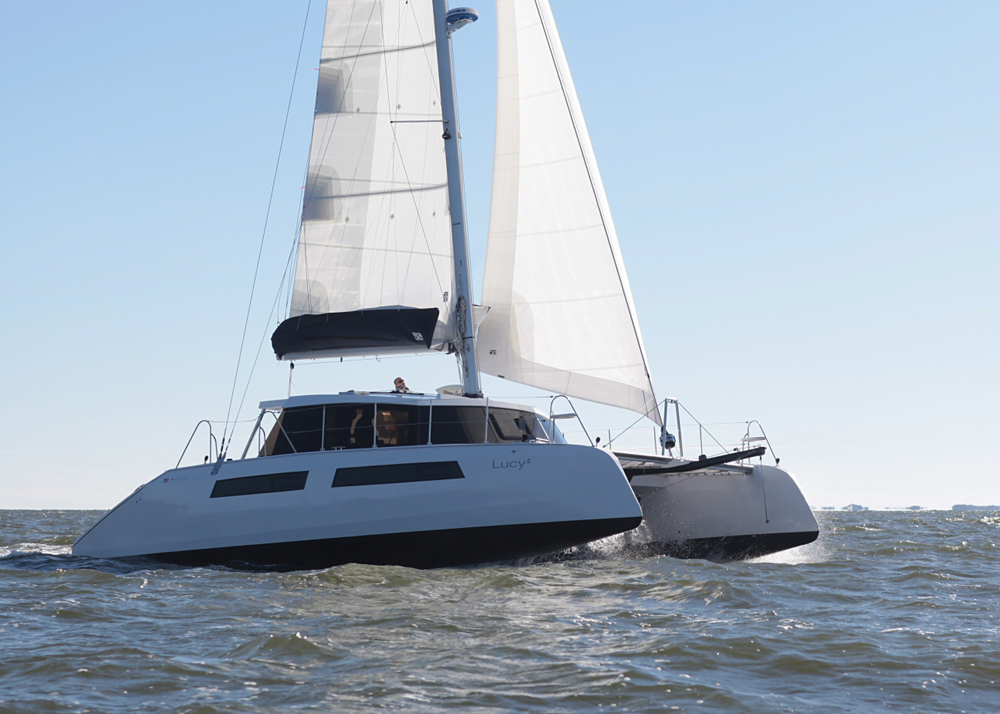 This is hull number two, Lucy2, which I met in Bermuda later the same year. She is now for sale, in case you’re interested 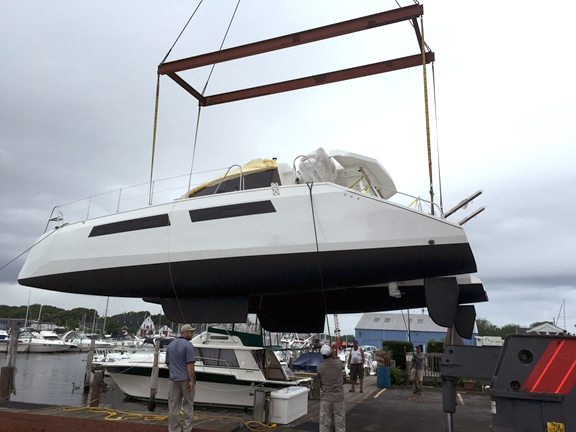 And this is hull number four out of the water, so you can see what the bottom is supposed to look like. I toured hull number three, Platypus, at Annapolis two years ago and was impressed by how much the build quality had improved compared to our boat, hull number one

Just for the record, I should report too that one of the owners of the boat, Gunther Rodatz, has passed away since we had our adventure together. I heard he and his wife Doris took the insurance money they got from the loss of Be Good Too, immediately bought another production cat, and at least got in one season together in the Caribbean before Gunther died.

I’ve reached out to Doris, but so far no luck.

And as long as we’re discussing abandoned catamarans, I must mention that Gunboat 55 hull number one Rainmaker–which was 1) abandoned off North Carolina just a year (in January even) after we abandoned Be Good Too; 2) recovered as a hulk just off Bermuda a little over a year later; and 3) recently sold at auction–has just been delivered to the UK, where she is undergoing a total refit. 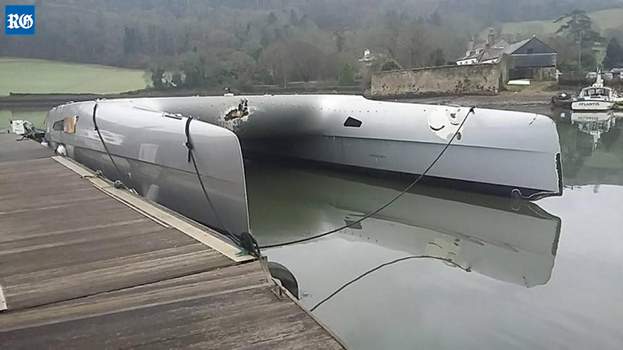 Rainmaker at the Multihull Centre in England, where she will be made as good as new

I only wish Be Good Too could be so lucky!