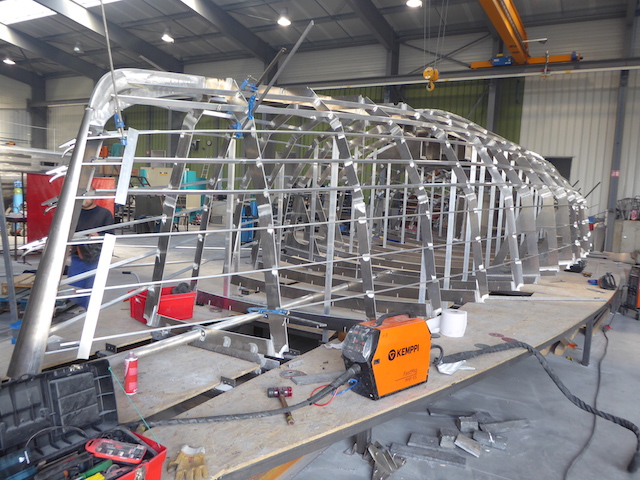 I have been shy about mentioning this to people, for various reasons, but now it’s time to come clean. You’ll have noticed I am trying to sell Lunacy, my faithful Tanton 39 cutter of the last 10 years, and some have asked what comes next. The answer, of course, is another aluminum boat. Two of the many things owning Lunacy has taught me is once you’ve had an aluminum boat, or a boat with a transom skirt, there’s no turning back. So, yes, the new Lunacy has both those things, though that photo up there won’t tell you much about the skirt.

Perceptive WaveTrain riders will recognize that photo and some might have even guessed that my visit to the friendly folks at Boreal Yachts last spring had metastasized into a more meaningful relationship. That frame you see there had just been created when I visited and at the time belonged to a buyer who had decided he didn’t want his finished boat as soon as he thought he had. So several weeks after my visit, after some hemming-and-hawing and back-and-forthing over this and that, Boreal and I signed a deal, and that frame became the bones of the new Lunacy.

One reason I’ve been reluctant to discuss this is that it seemed like bad luck to go public with this information before finding a new home for old Lunacy. But now the construction of new Lunacy is so far along (I just got word she is actually a month ahead of schedule and should be launched in early March)  I feel like it’s bad luck not to mention it. Also, I must confess, I am embarrassed. Many moons ago, when I was living full-time on Crazy Horse, my old Alberg 35 yawl, I promised myself I would never own a boat I wasn’t living on, as this was the only way to make owning a cruising sailboat at all economical. But then I moved back ashore and promptly broke that promise and have owned two different cruising sailboats since then. To help justify that I promised myself I would never own a brand new cruising sailboat, and now… here we are. Another promise broken.

I have my reasons, of course, and we’ll go into some of those later. Right now I want to share some pix of the ongoing build. 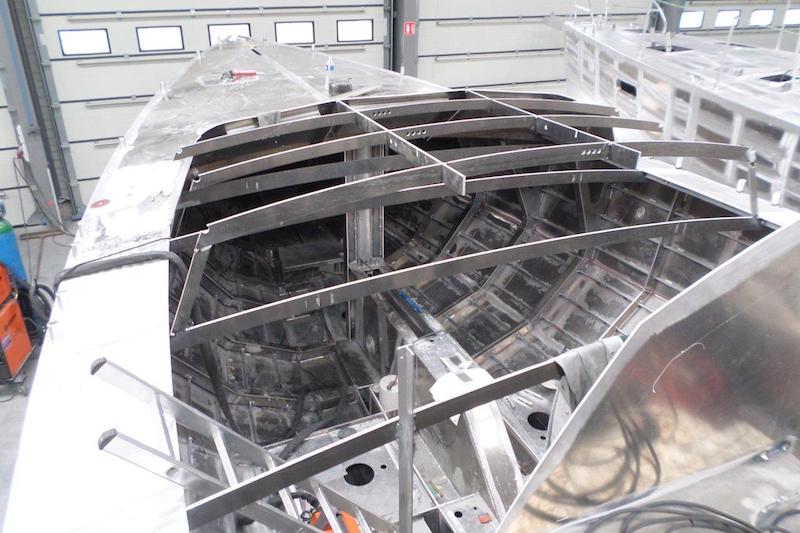 Skin going on over the frame, with ballast and tanks in place around the centerboard trunk 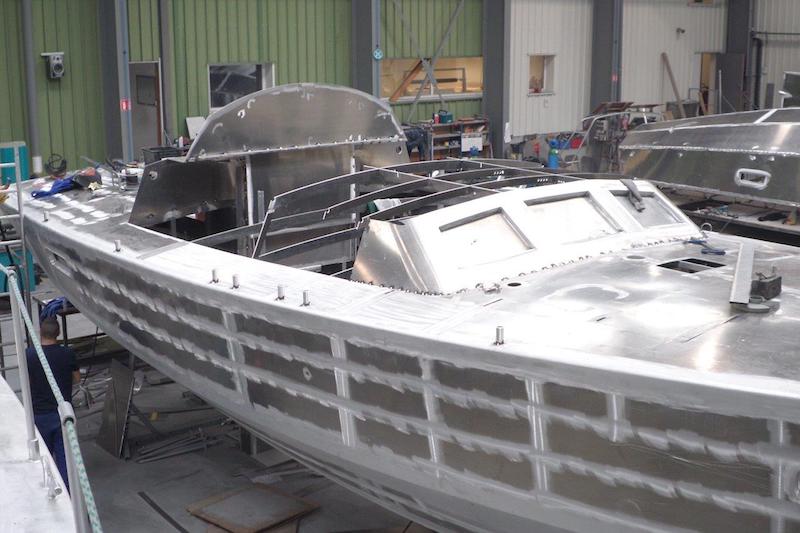 Skinned over topsides with another angle on the cabinhouse 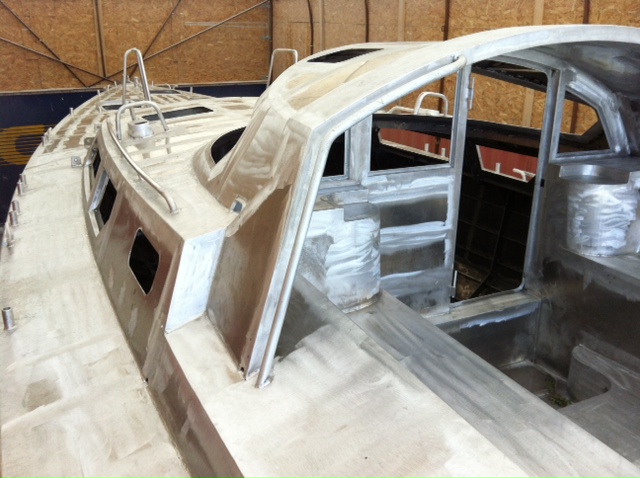 A bit later, with the cabinhouse and doghouse completed and some detailed structures appearing on deck 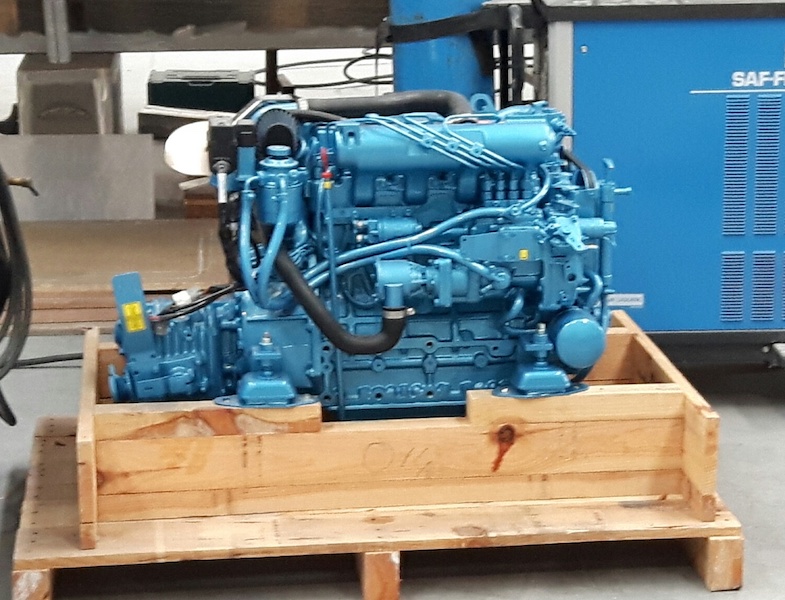 The engine arrives. The choices were between a Volvo or Nanni diesel, and I took the Nanni (essentially a marinized Kubota tractor engine). Nothing against Volvo, but I had one once (on Crazy Horse) and I know how expensive the parts are 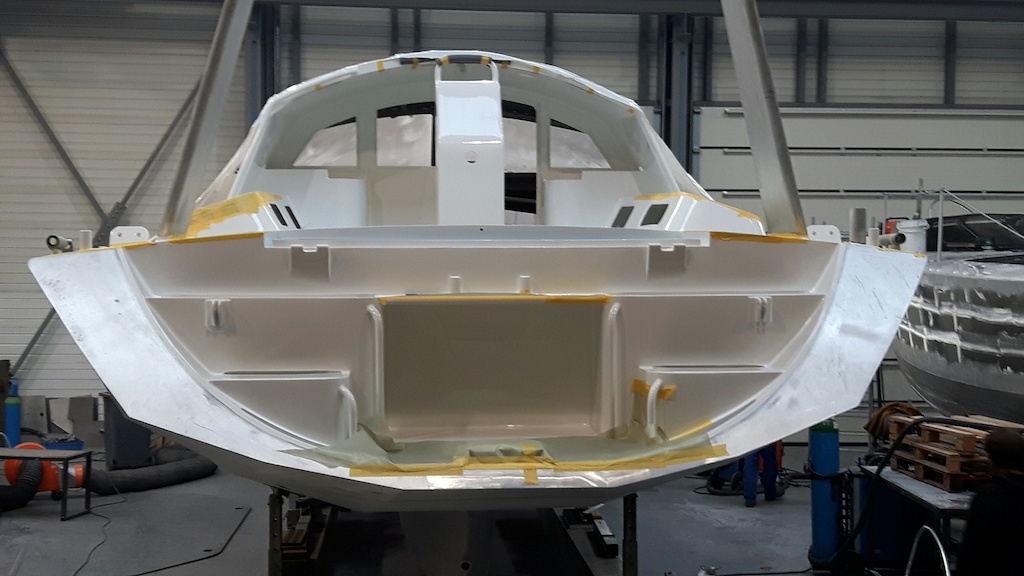 We ordered the Boreal 47, with a transom skirt (see paragraph one), as opposed to the 44 (exact same boat without a skirt), and here you see the only thing that’s been messed up (so far). I asked that the entire transom be left unpainted, and they accidentally painted some of it anyway. I told them not to worry about it and so earned good-will and brownie points that I may be able to cash in later 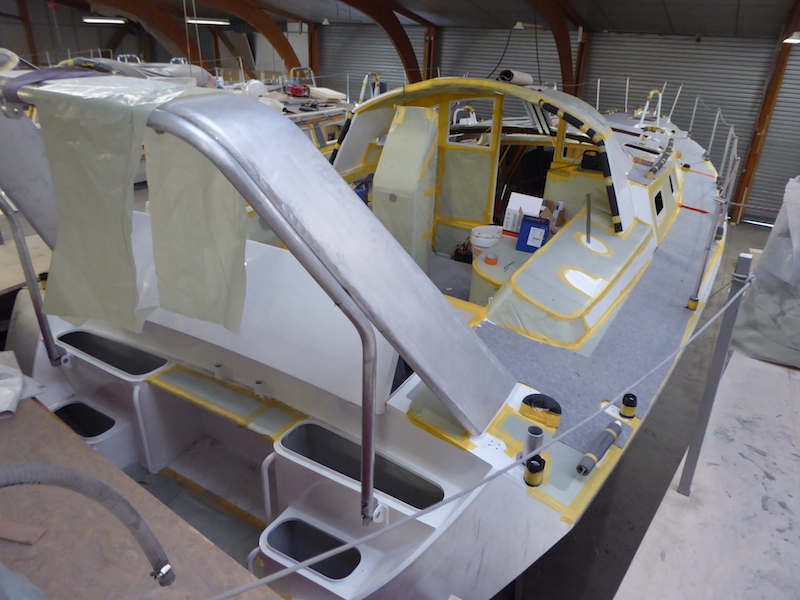 Last November, after I went to the Vendée Globe start, I toodled over to the Boreal yard in Brittany to check on new Lunacy, and this is what I found. All that grey stuff you see on the deck is felt, to protect the paint. My bride flew in too to take her first look at the boat and fortunately strongly approved of what she saw. (Ka-ching! More brownie points for our hero) 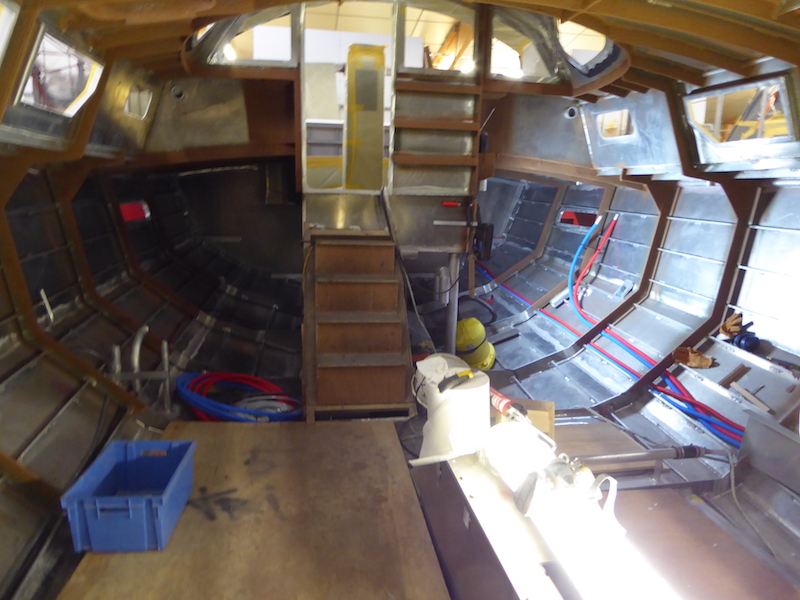 This was what the inside was looking like at that point, with plumbing runs installed and the aluminum being prepped to receive insulation 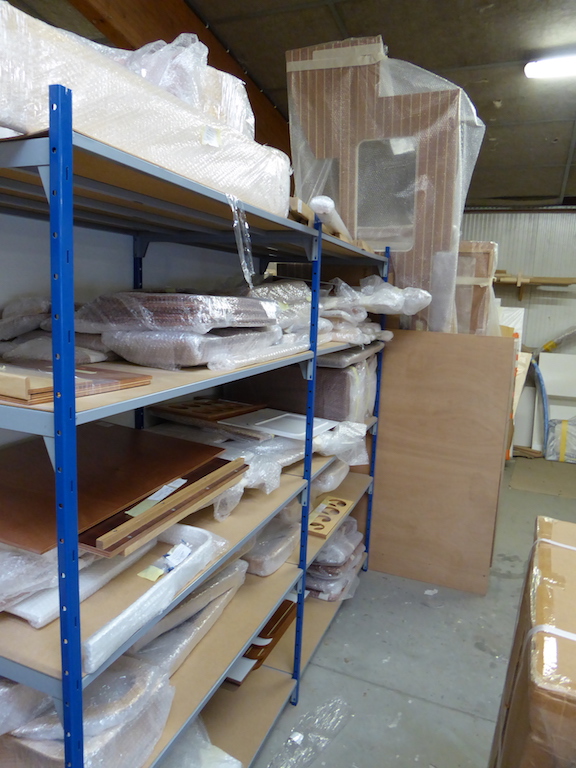 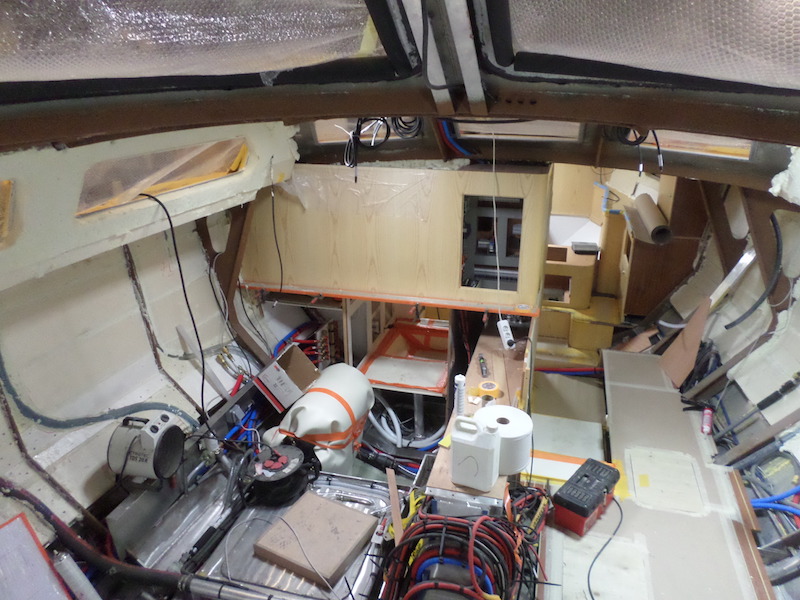 This was later, after we left. The insulation has gone in and joinery is starting to appear inside the boat 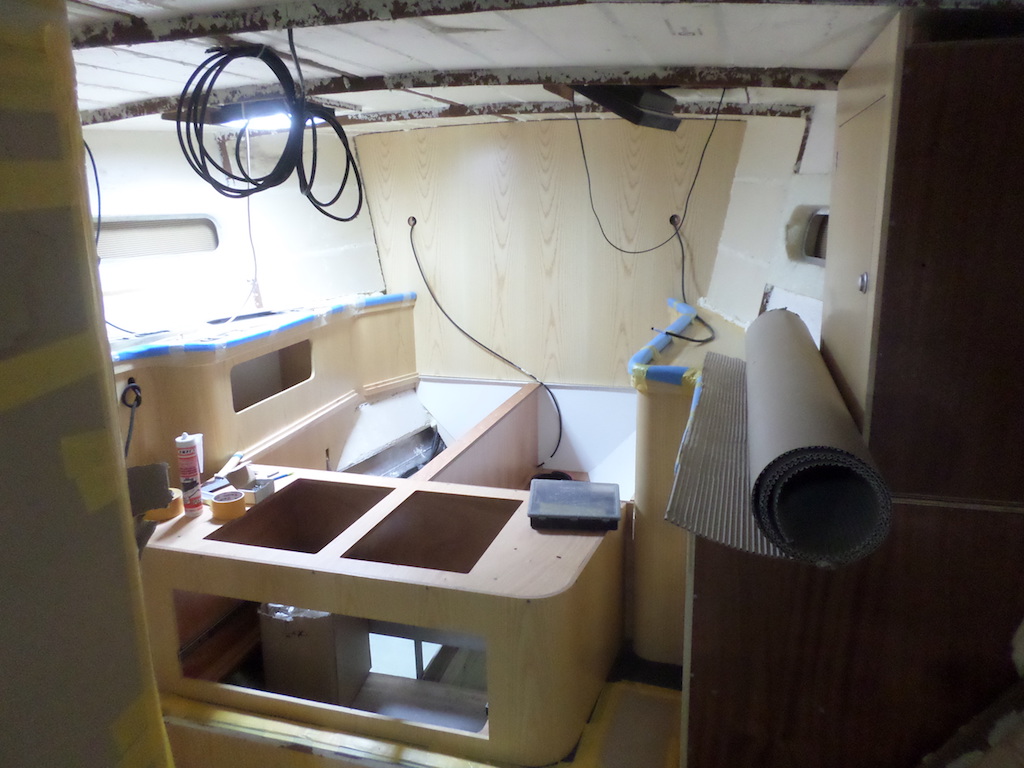 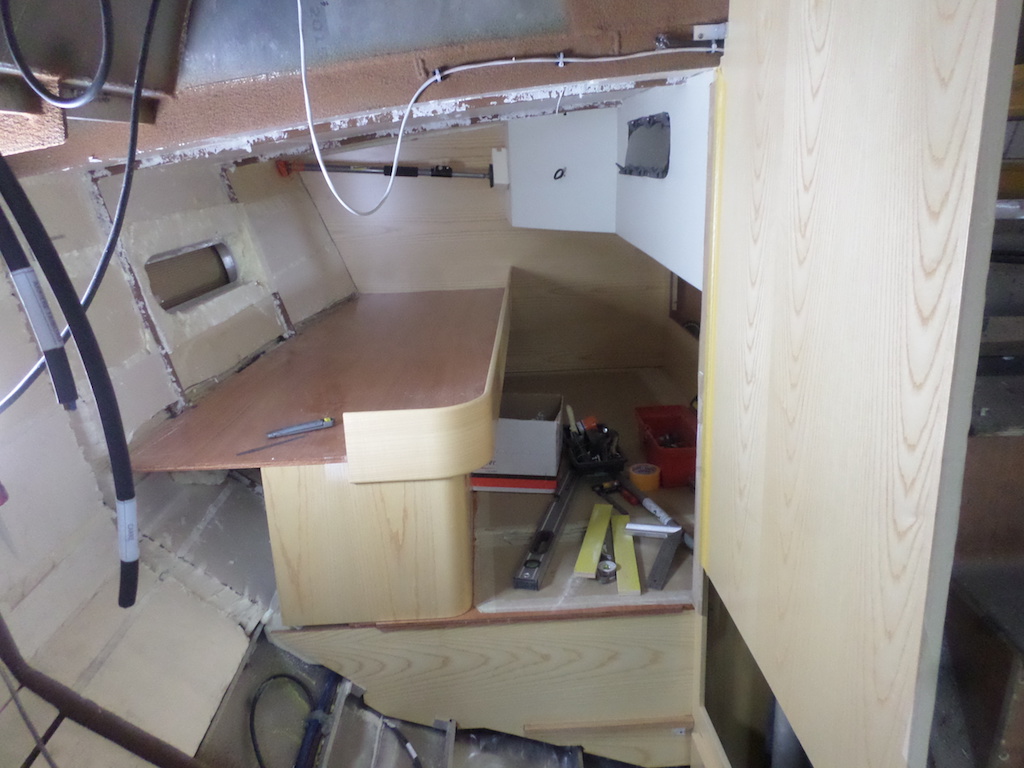 One of the two aft staterooms. We opted for these split single berths on both sides, the better to receive teenage girls and their guests. They’re also better for storing luggage and miscellaneous crap when the staterooms aren’t inhabited 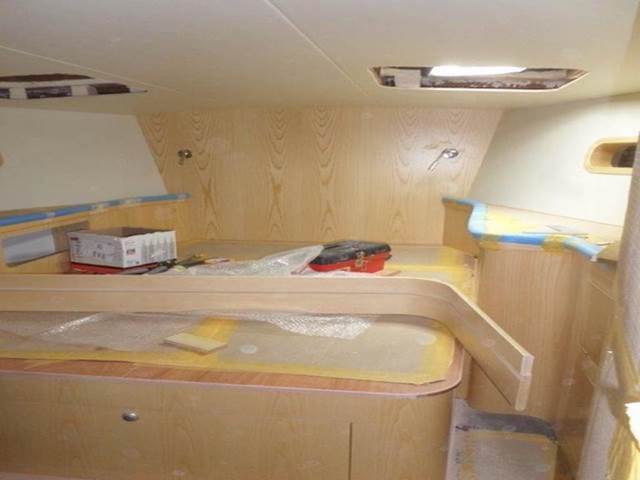 The forward stateroom with a lot more joinery installed 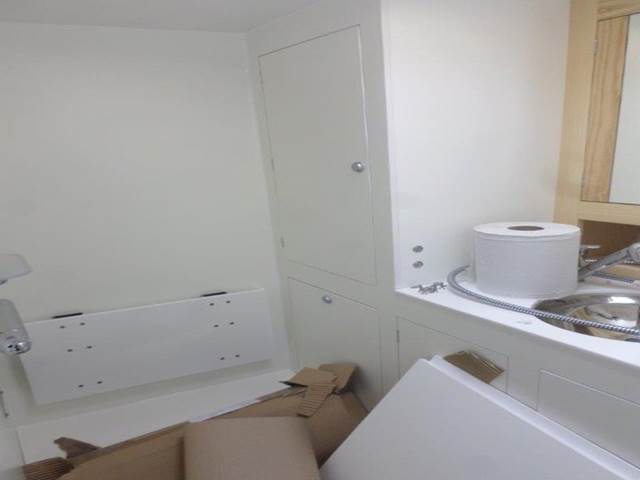 The forward head, which is really just a large shower and storage room, as we asked them to leave out the toilet. This was the biggest change from the stock boat we asked for. The only toilet on the boat is in the aft head 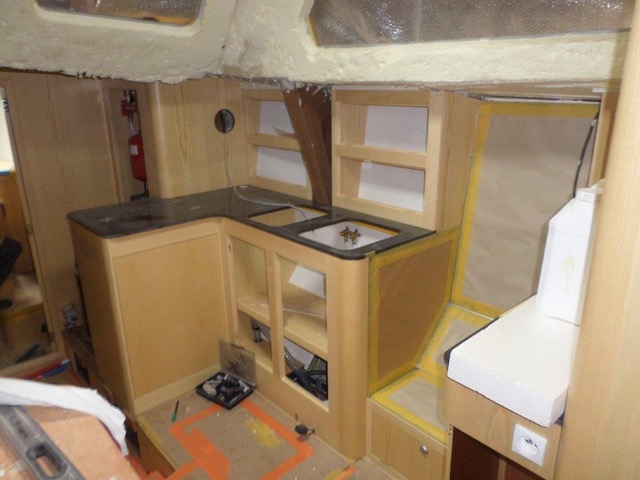 MEANWHILE, JUST SOUTH OF THE AZORES: Speaking of the Vendée Globe, the race to the finish line is getting tighter! As of the moment Hugo Boss is less than 90 miles behind Banque Populaire and is slowly closing the gap with 1,200 miles to go. This is Boss’s favored tack (she can deploy her remaining foil), and her favored wind speed and angle, and she seems to be 1 to 2 knots faster than Banque Pop in these conditions. 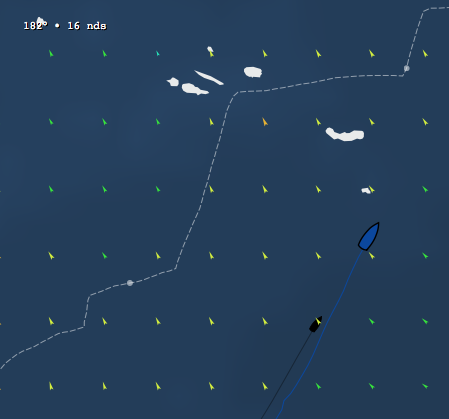 And it looks like they’ll be in similar conditions most the way to the finish.

PS: I forgot to mention… new Lunacy will be on display in the Annapolis show come October, so you can come check her out yourself. If you show up with a copy of my book in your hand, I’ll give you a tour myself… and I’ll sign the book.