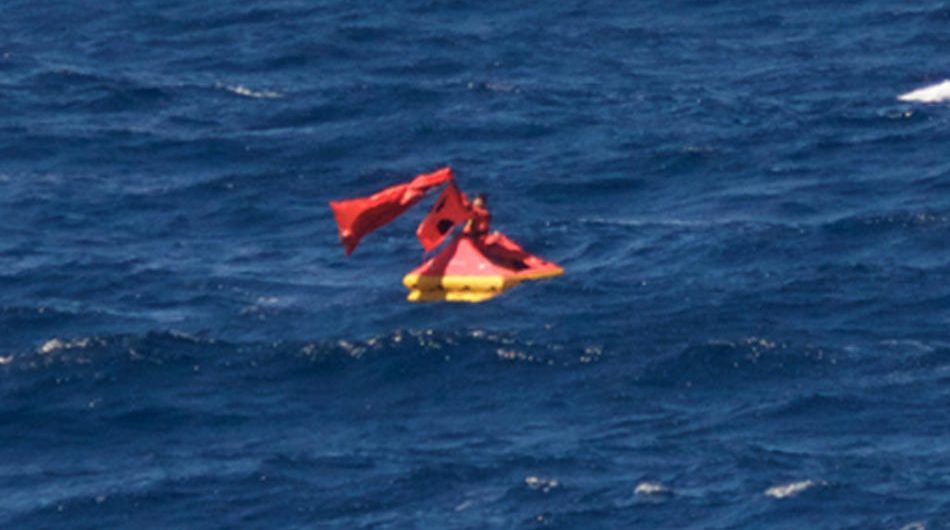 Not a sailing story this one, but it does involve boats, and it’s a fascinating breaking news item. The question raised: could a young man with Asperger’s Syndrome possibly have contrived to kill his mother by 1) luring her out on a fishing trip 100 miles offshore in a 32-foot open boat, 2) scuttling the boat, and 3) taking to a liferaft without said mother (or an EPIRB) to await rescue??? Such was the noxious cloud of skepticism that followed Nathan Carman ashore after the aptly named freighter Orient Lucky last week plucked him from the raft (see image up top) in which he’d been floating helplessly for eight days.

On its face this might seem an unlikely scheme, but here’s some hugely suspicious background info:

A) Nathan, currently 22 years old, was (and remains) a primary “person-of-interest” in the unsolved murder of his grandfather, John Chakalos, a wealthy real-estate developer, who was found shot to death in his Connecticut home in December 2013. No valuables were missing from the house and there was no sign of forced entry. Nathan had had dinner with his grandfather alone the night before his body was found and was the last person to see him alive. 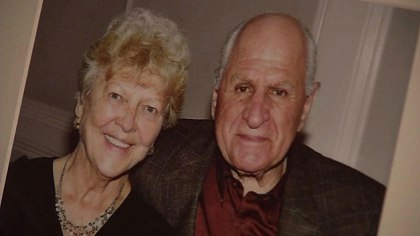 John Chakalos and his wife Rita prior to their deaths. John was murdered just a month after Rita died of cancer. Police learned Nathan had purchased a rifle consistent with the one used in the shooting (this was never located, though other firearms were found in his home) and also had discarded his computer hard-drive and a GPS unit around the time of the shooting

Nathan’s mom Linda Carman (divorced from Clark Carman, Nathan’s dad) and her three sisters each inherited over $20 million after the death of Chakalos. Linda had previously been arrested in April 2011 for assaulting her father during a family dispute over medical care and finances that took place while Nathan was in a psychiatric hospital. The charges against Linda were dropped.

A few months after this incident Nathan, then age 17, went missing for several days after becoming distressed about the death of a horse. Last seen in Middletown, Connecticut, he eventually turned up in Virginia. As a child, reportedly, he also once held another child hostage at knife point. 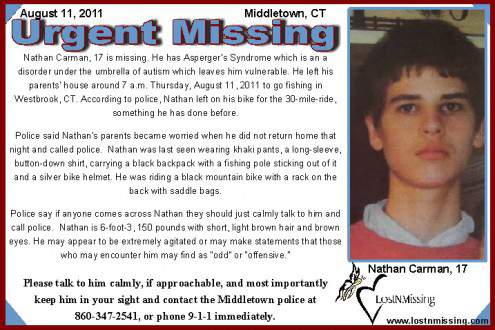 B) Nathan and his mother Linda, age 54 at the time of her disappearance, often went fishing together and on this last trip (they departed from Point Judith on September 17) Linda believed they were going out just 20 miles to a spot known as Striper Rock off Block Island where they had often fished before. Nathan’s stated intention, however, was to go out 100 miles to fish at Block Canyon. Linda reportedly had previously indicated she was not comfortable going out that far and was concerned about the safety of Nathan’s boat, a center console skiff. 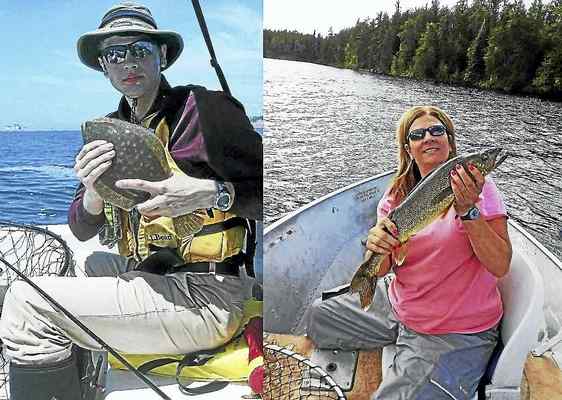 Nathan and Linda on previous expeditions 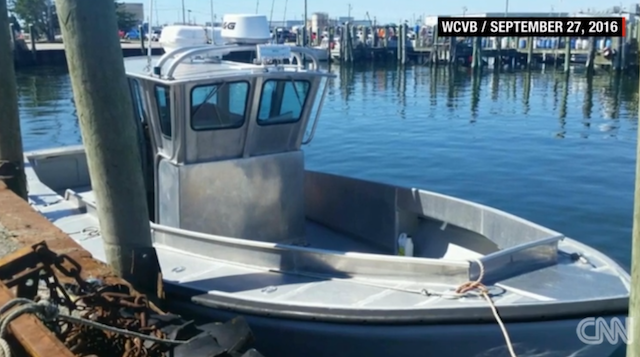 The boat they went offshore in this time belonged to Nathan and has been reported as being aluminum, which it appears to be in this photo. It was named Chicken Pox. Nathan reportedly had been doing a lot of DIY repairs prior to its sinking 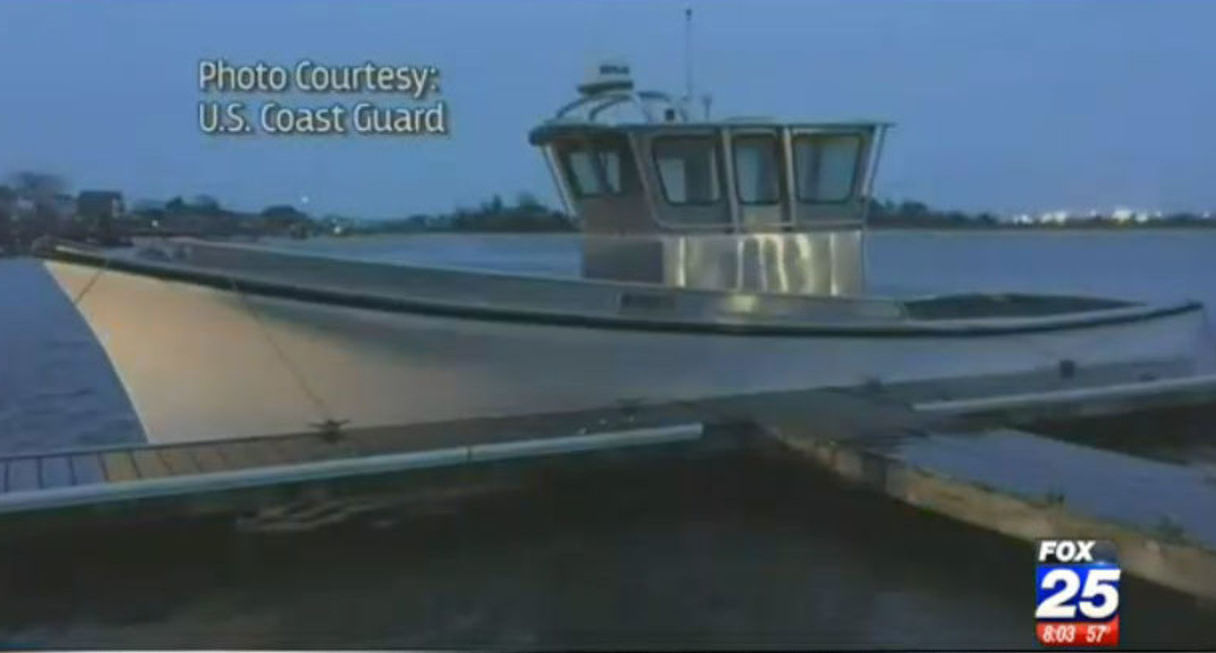 Chicken Pox from another angle. One report has it the boat is “aluminum over fiberglass” and here you can see what that might mean. It appears to have an enclosed aluminum console and side-decks installed atop a fiberglass hull

Nathan and Linda were reported missing the day after they left Point Judith, and the Coast Guard promptly launched a 62,000-square-mile search for the pair that was suspended after a week. Nathan was recovered from his raft by Orient Lucky two days after the search ended and immediately told the Coast Guard by phone: “There was a funny noise in the engine compartment. I looked and saw a lot of water. I was bringing one of the safety bags forward, the boat dropped out from under my feet. When I saw the liferaft I did not see my mom.”

Nathan was reportedly in good condition when he was recovered and seems to have had plenty of supplies in his raft. But obviously he did not have an EPIRB. 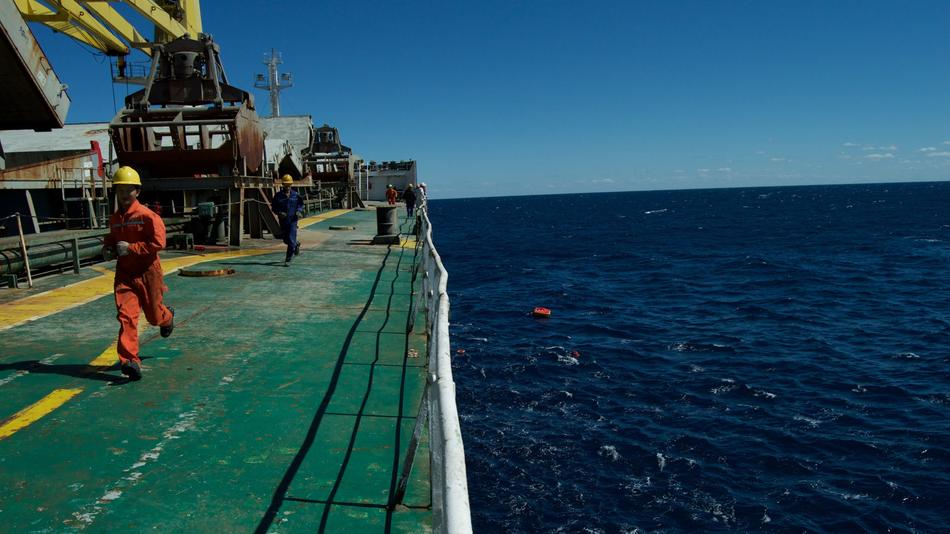 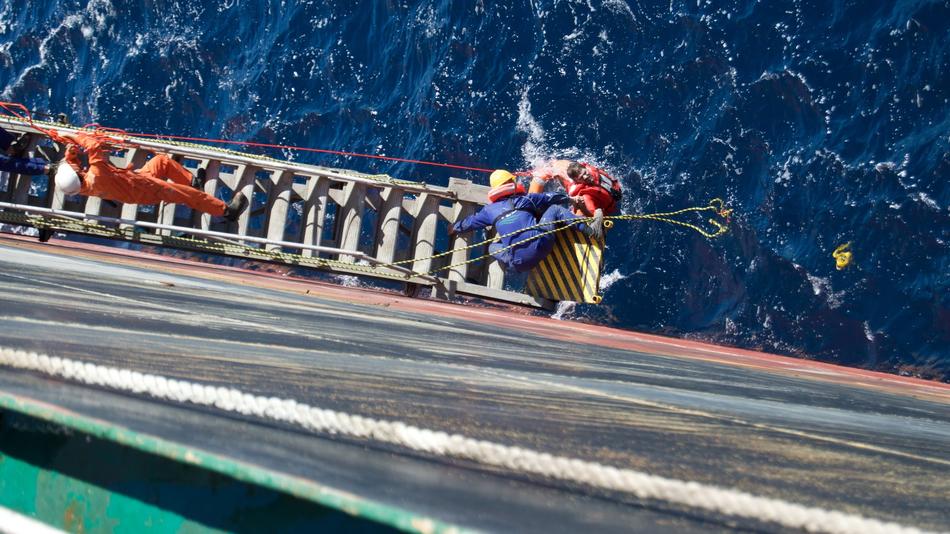 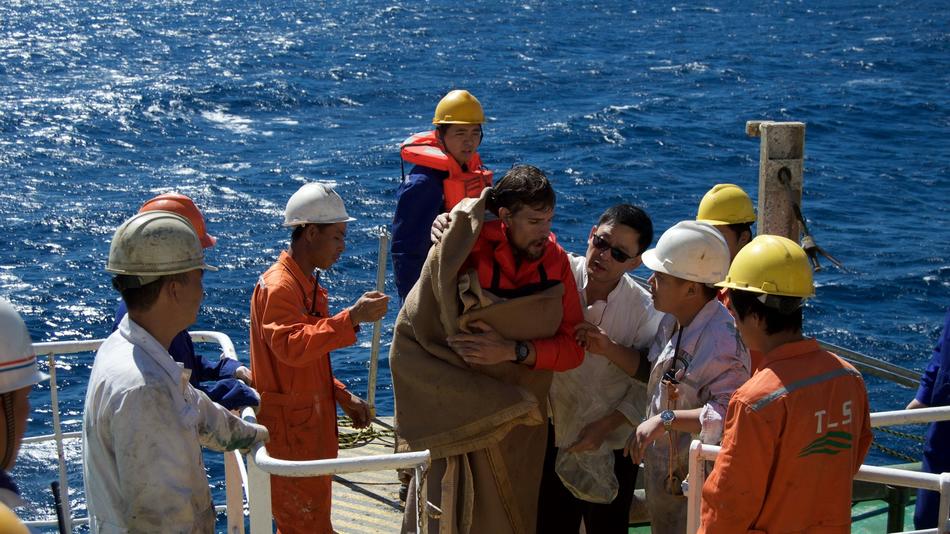 Authorities obtained a search warrant even before Nathan reached shore and recovered numerous items from his home in Vermont. So far they say he is only being investigated for reckless endangerment, but there seems to be an awful lot of them on the case. So many that law enforcement officials from three different states (Connecticut, Rhode Island, and Vermont) had to meet yesterday in New London to coordinate their efforts.

To get an idea of Nathan’s demeanor you can check out these TV news reports:

The more I think about this the more it seems to me that if indeed this was an elaborate murder plot forgetting to bring an EPIRB along was a brilliant idea. By taking his chances in the raft Nathan may have guaranteed that, as far as any jury is concerned, there must be a reasonable doubt as to his intentions.

Not that I’m presuming Nathan is a murderer. Though I do look forward to learning how all this turns out.