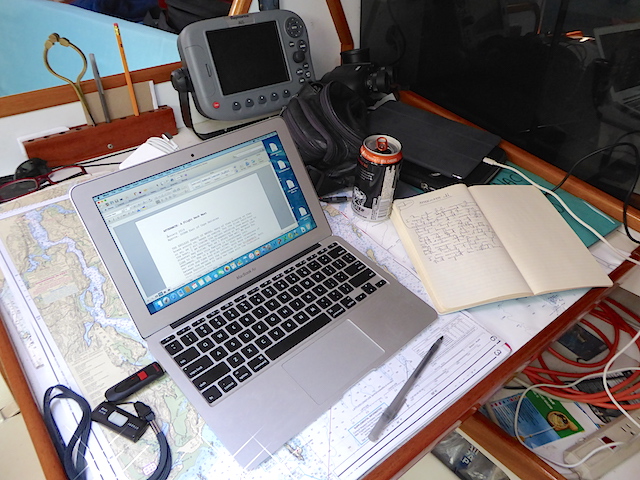 I was surprised, flattered even, when I heard from some of you that you’ve missed my appearances here. And yes, it has been unprecedented, my neglect of WaveTrain of late, but I do have an excuse. I have been pouring my wordsmithing energy into finishing a book I’ve been working on, which should be out in the world sometime next spring. Loyal readers here can do me a YUGE favor and buy the damn thing when it appears (don’t worry I’ll tip you off when it’s time). Meanwhile, if you haven’t already, you really should buy my first book.

It’s summer, too, so I have been messing around a lot on the boat, which also means working on the book on the boat (see image up top). There have been two outings I’ve failed to document here, both of which have involved sailing with Prospective Buyers. (The boat is for sale, remember???)

PB 1 is an old friend, Tim, who just happens to be on the hunt for a bigger boat. One “that can go places,” as he puts it, but not necessarily an aluminum one. We had a very light-air test-sail moving the boat between Potts Harbor and Great Chebeague Island, where we hobnobbed with our mutual friend, Brian Harris of Maine Yacht Center fame, who was hanging there with his family. 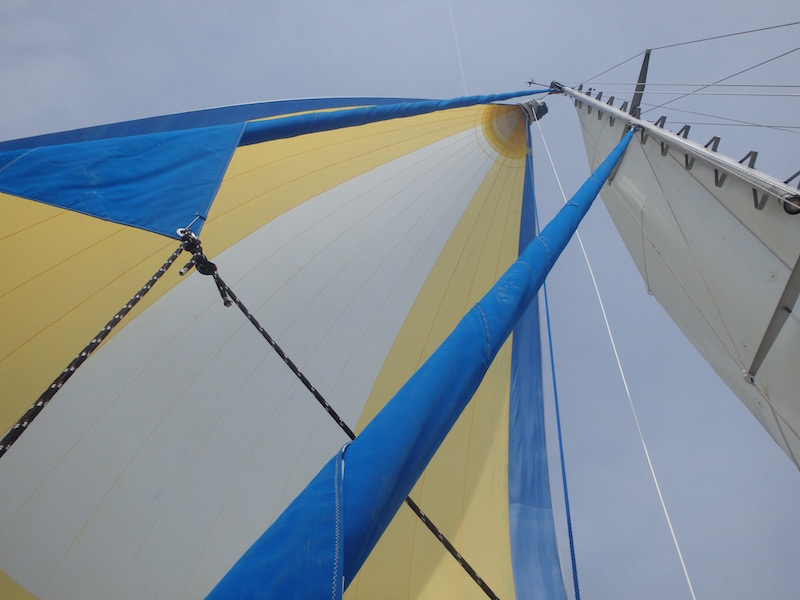 This asymmetric spinnaker is a “legacy” sail that came with the boat. It doesn’t get used much. All the rest of the sail inventory has been replaced in the last few years

PB 2 is a new friend, Nico, who was sent to me by an old broker buddy, John Proctor of Lawson Yachts, who heard Lunacy was available through my cousin-in-law (long story that). Nico and his wife Amy are looking for an aluminum boat (smart people!), but were hoping to find one with a centerboard or lifting keel, so Lunacy might not be the boat for them. 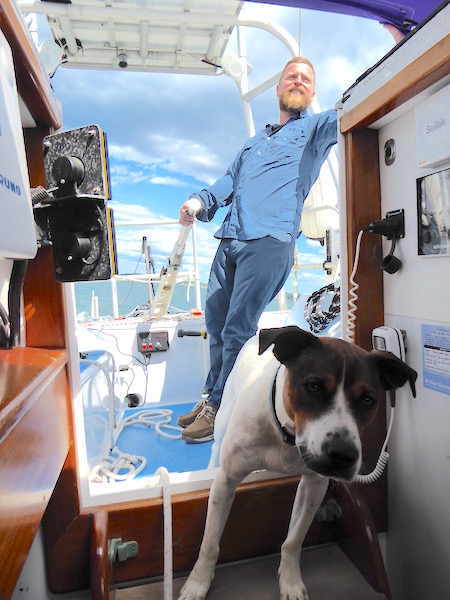 Nico steering Lunacy during our test-sail last Monday, which was from Cliff Island into Portland Harbor. The wind was semi-strong at times, so we just used the working headsails. We’re hoping to organize another sail with Amy aboard soon

But I know what you really want to hear about is the poop on the foredeck, provocatively mentioned in that subtitle up there. You might be wondering: has Baxter perfected the art of passing waste onboard? Without having to endure the indignity of an ocean passage? 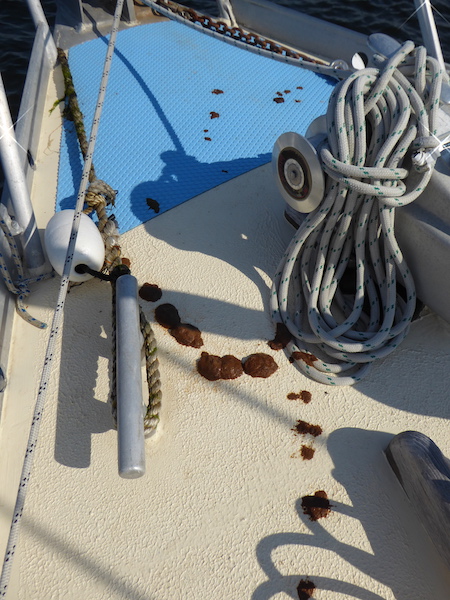 What prompted Baxter’s fecal emergency were some really expensive high-end dog treats I bought for him in Portland. I gave him just two of these things over the course of half a day on the boat, and for the following three days he had bad diarrhea. He never did use the doormat I bought him and have been religiously spraying with magic marking potion, but he did twice use the foredeck forward of the mat, where it was super-easy to blast everything overboard with the washdown hose. And once during the night, when he was trapped inside by the screen I put up over the companionway, he used the head and did his business on the teak grate in there, right over the shower sump, which was absolutely the best choice he could have made under the circumstances.

So I’m pretty pleased with the little guy.

I’ve come to the conclusion he will never really enjoy living on the boat, though he does tolerate it. He does like getting to go ashore in new interesting locations. The big highlight during his past week aboard was getting to chase wild turkeys across an open pasture on Cliff Island. 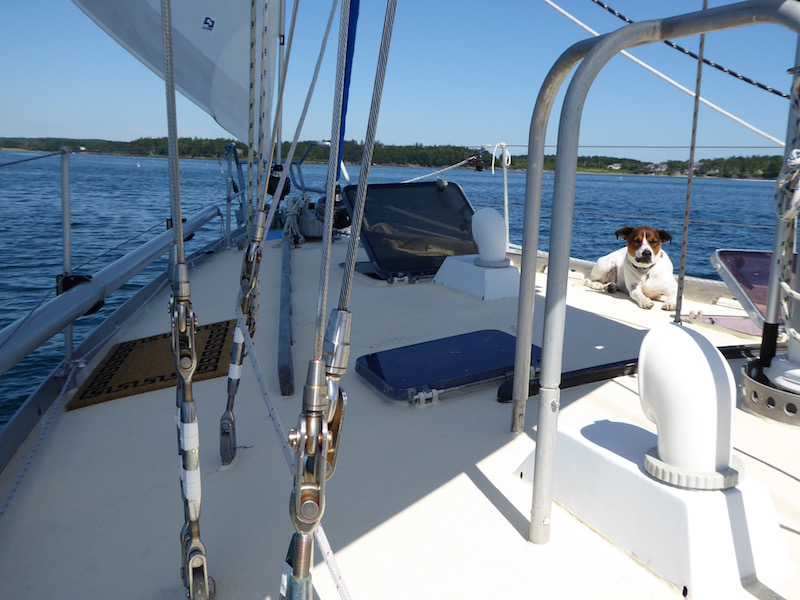 Mr. B lounging on the foredeck while under sail. No turkeys in sight 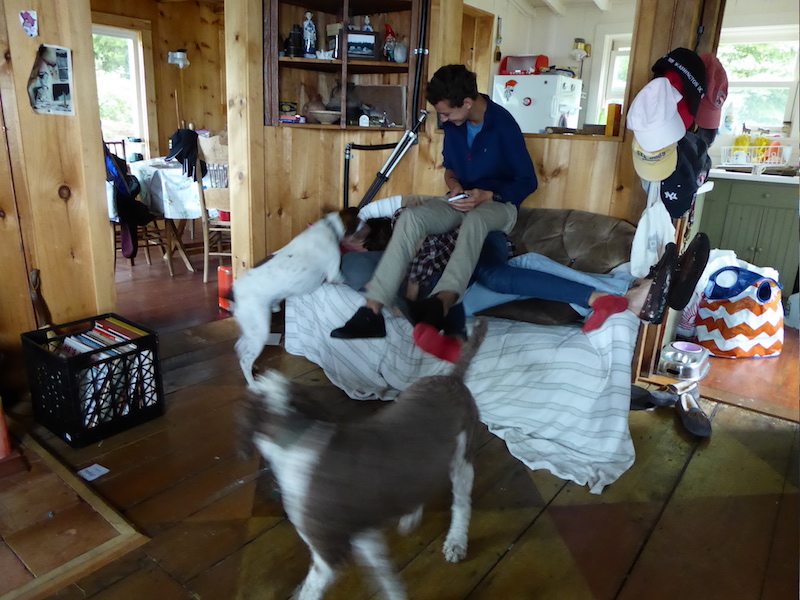 Another highlight! Baxter and his pal Percy (in the foreground) supervise mayhem conducted by the Meinen family during a visit to Popham Beach. That’s Jack, who is now much larger than I remember, sitting on top of his sister Sophie and his dad Kurt 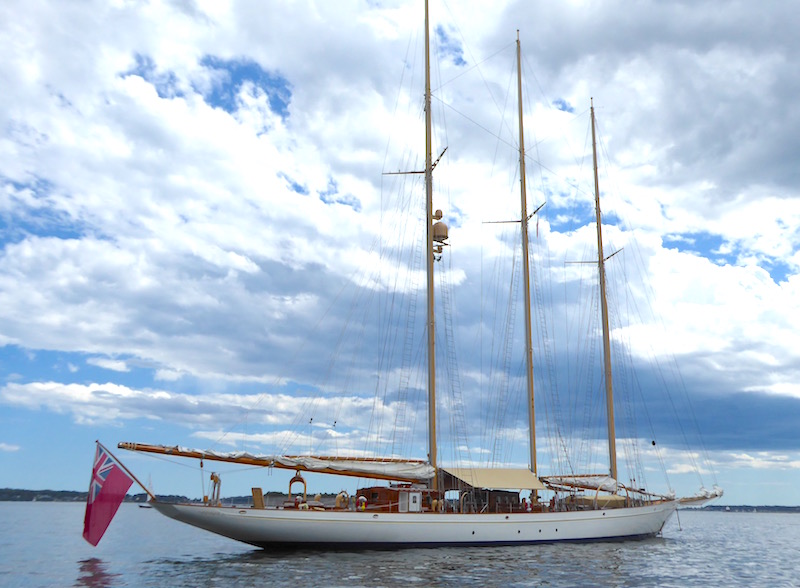 A special treat! We got to sail past the famous three-masted schooner Adix while exiting Portland Harbor 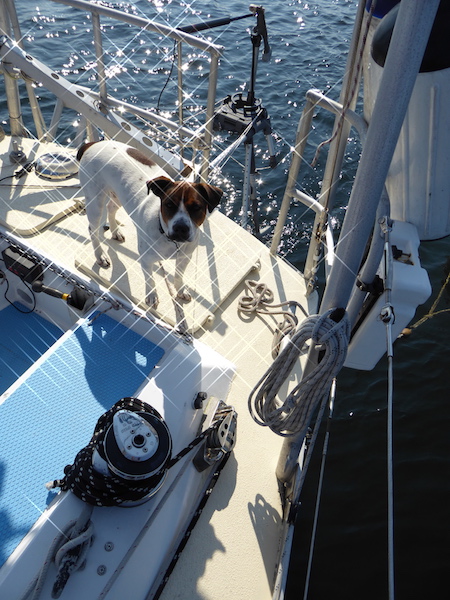 Baxter with stars all around. My new Panasonic camera does this sparkly thing when the light is super-bright, and it’s driving me crazy! Wish I knew how to make it stop 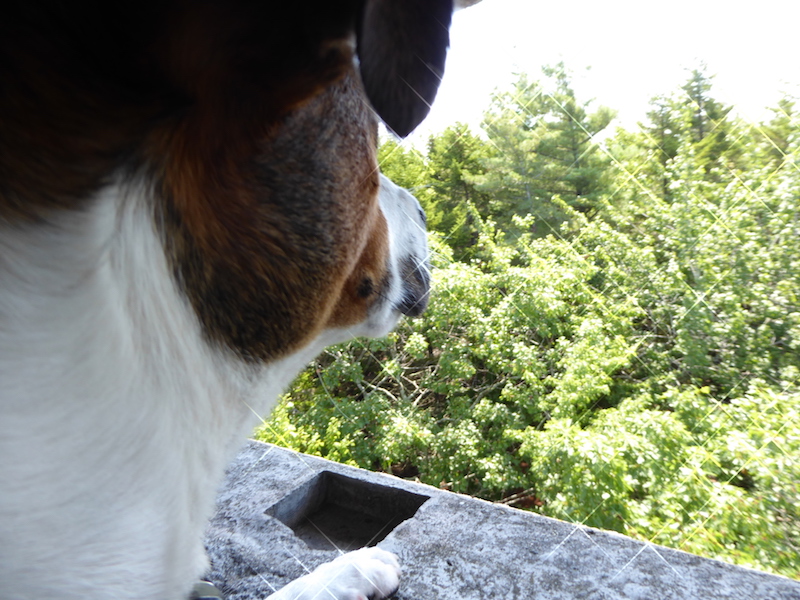 Baxter peers out the old observation tower at Fort Baldwin on top of the big hill behind Popham Beach. Seeing stars again! 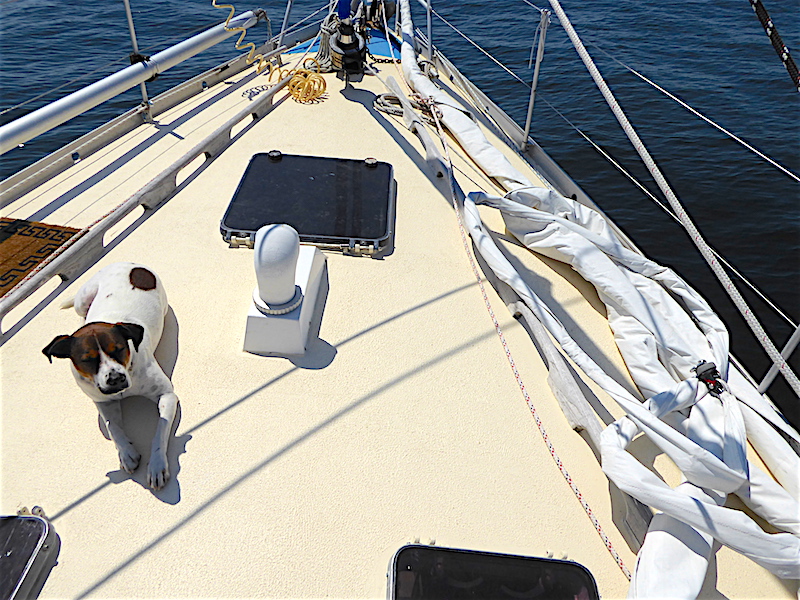 Baxter relaxes before we hoist the screecher 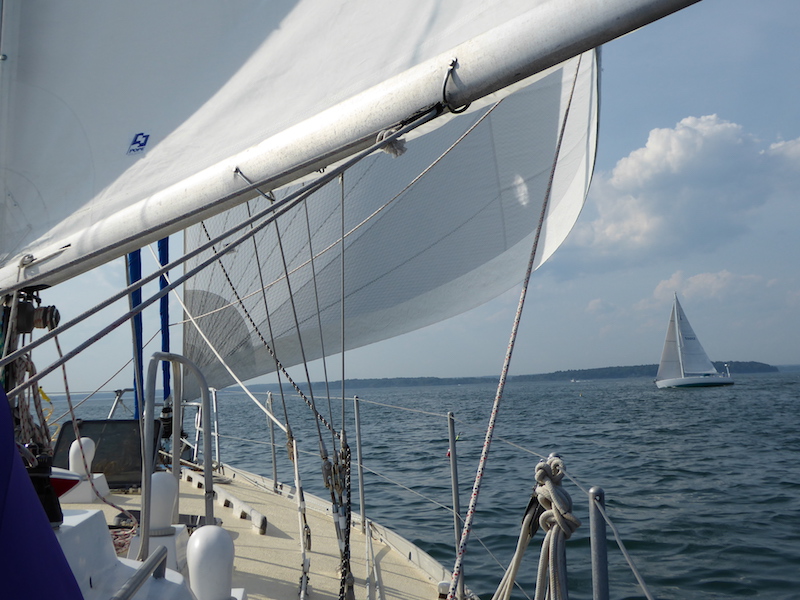 If you want to be a PB too, don’t worry. Nothing concrete has happened with anyone. If you’re interested in the boat and want to go on a test-sail, just contact me via the website.

0Shares
boat for salecoastal cruisingdogs on boats
Previous Post2016 ROUND ISLAND REGATTA: Racing In No Wind At AllNext PostRAINMAKER FOR SALE: Used Gunboat 55 On the Block For Just $15K