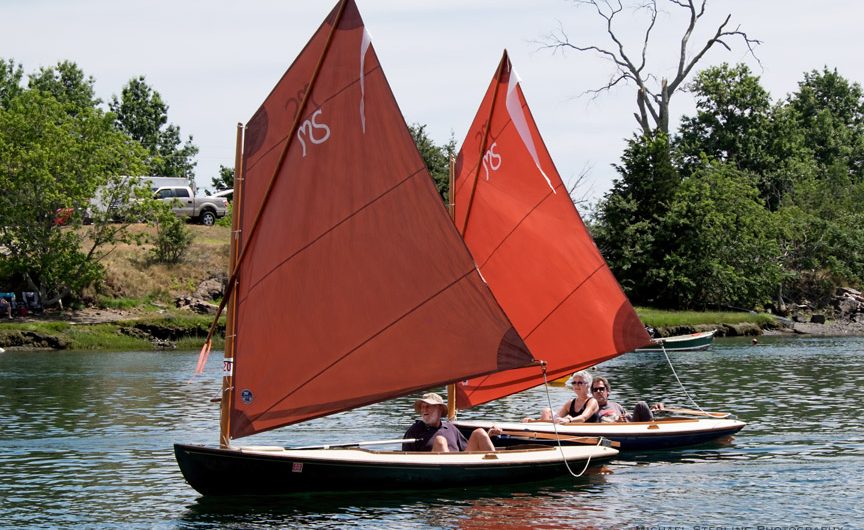 This photo right here tells much of the tale of my bid to ascend the podium at this year’s Round Island Regatta (held last Saturday). Note first that I did not succeed in getting daughter Lucy to crew for me in our Melonseed skiff MiMi2 (seen on the right in this image), as she has come to question my abilities as a sailor after we shipped some water in a near-capsize while sailing MiMi2 in strong conditions a few weeks ago. Instead I lured my wife Clare aboard, whose faith in me remains unshaken. Note next there was another Melonseed for us to compete against, sailed by one Mike Driscoll (on the left), and yes, you can see he was barely ahead of us here. And this shot unfortunately was taken just before we crossed the finish line.

As I’ve always said: I’d much rather sail a close race and lose than sail a boring race and win.

Not that this race didn’t have some boring moments. That topside image there shows the very end of the race, when the breeze started gusting up to 5 knots or so. Prior to that point there was effectively zero wind, which made for some very slow going. 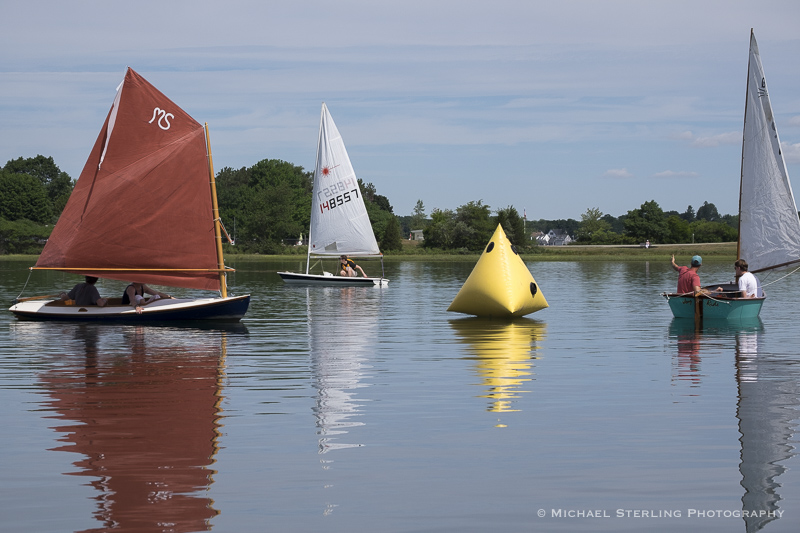 Case in point: this mark rounding, where you can see us ghosting along in a flat calm

But our match-race-within-the-race with Mike kept things interesting most of the time, as we swapped places with him a half dozen times and were within inches of each other at the finish. Even better, he rewarded me after the race with a copy of a card he’d published showing a watercolor painting he’d done of our previous Mimi (the Drascombe Dabber) tied up in her berth at Geno’s. 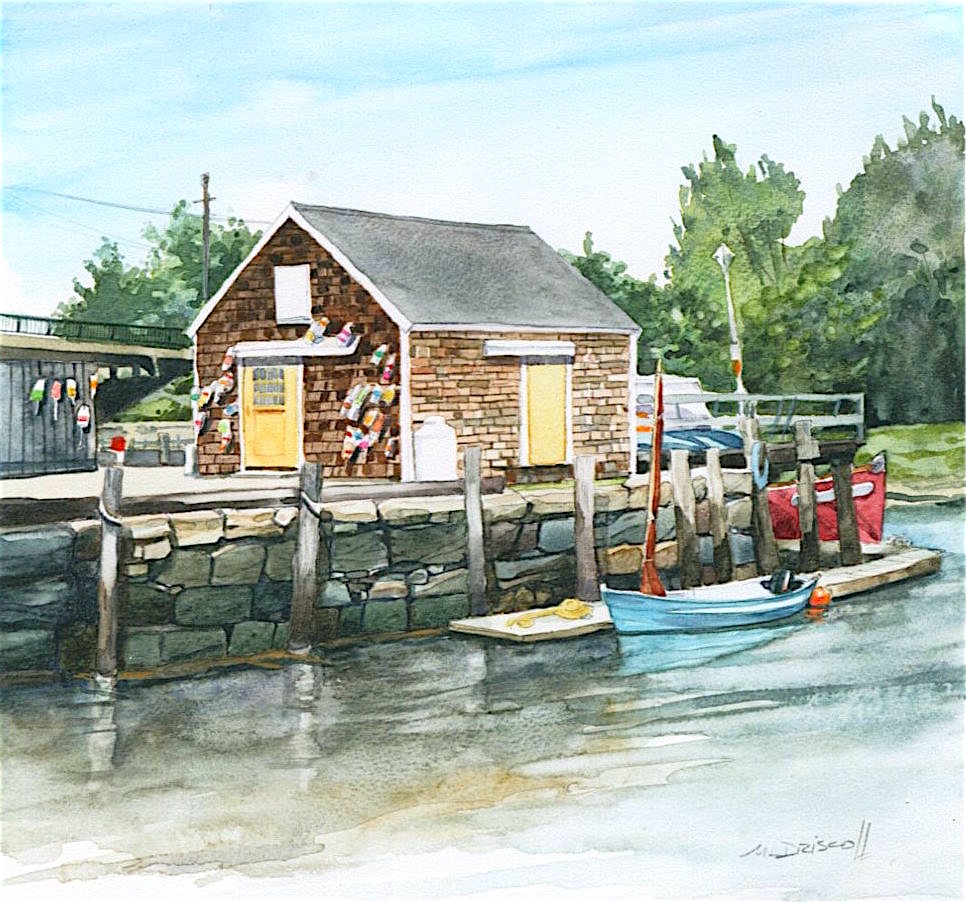 As to the overall results we were (alas) utterly mediocre, finishing 8th out of a field of 11 in the Sail class. First place went to Olin Paine, who was sailing a Laser and is actually one of the top collegiate racing sailors in the country (he was national youth champ in Lasers in 2011). Which gives you an idea of how important and competitive the Round Island Regatta has become since its founding six years ago! 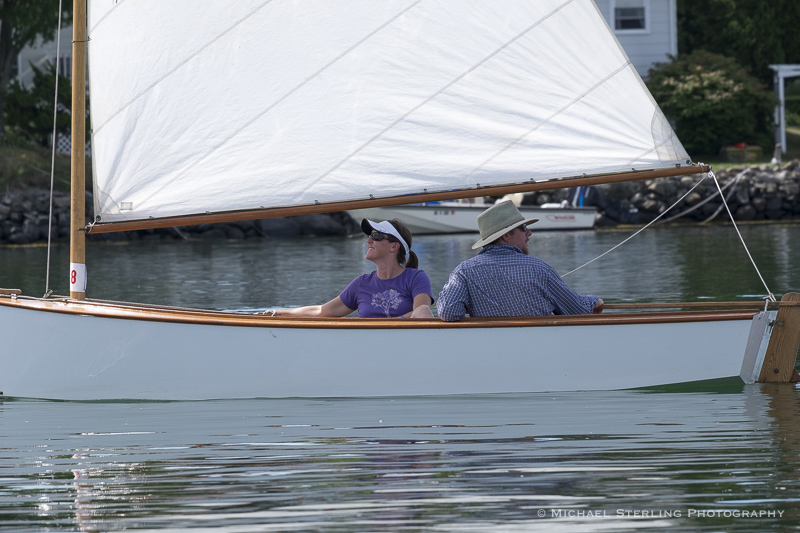 This is Nate and Caroline Piper, who finished second in the Sail class aboard their MerryMac. Third place went to Ken Jennings, who was on a windsurfer

And of course the flat calm conditions were very nice for all the regatta’s paddle classes, which are far more populated than the sailing class. 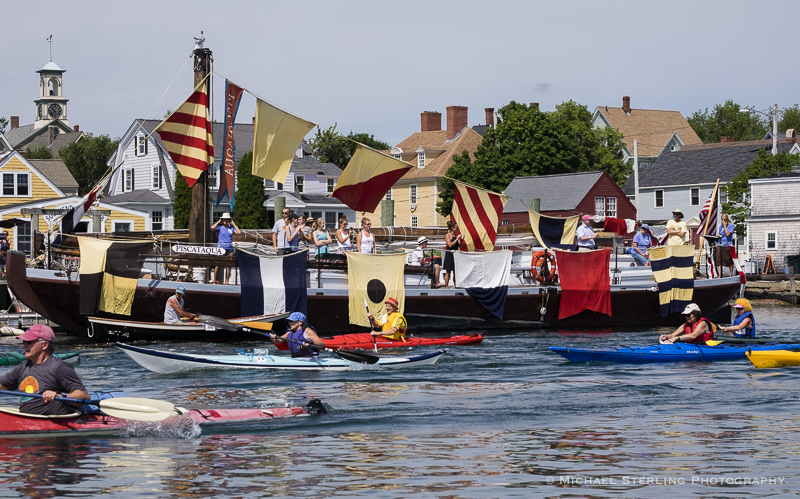 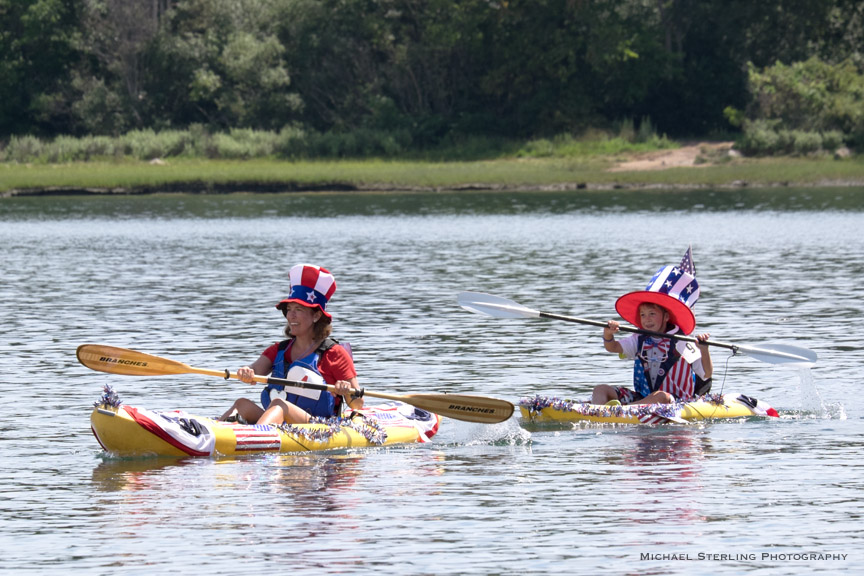 Erin and Colin Bobo-Caron, who won the award for Most Handsome Boat 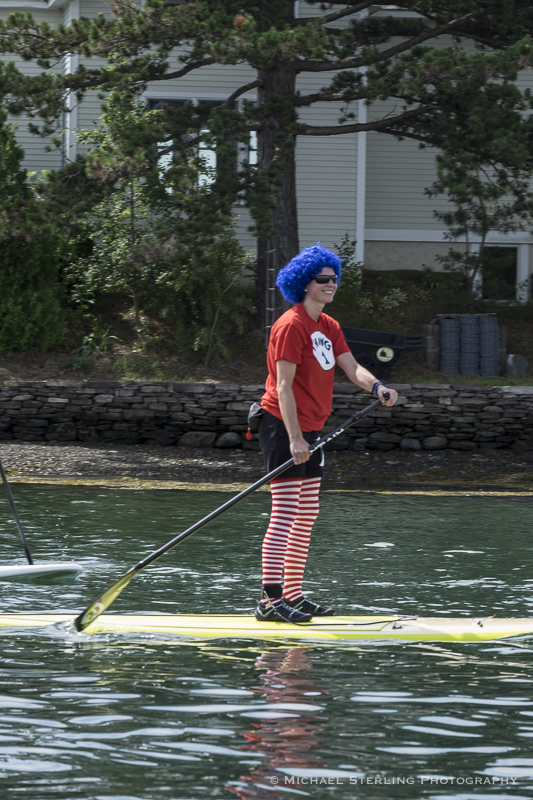 Thing 1, who with Thing 2 (of course) received the award for Most Handsome Crew

Other results were as follows:

Such details being possible thanks to the excellent regatta administration provided by the Gundalow Company, their sponsors, and all their volunteers!

All photos here are by Michael Sterling