It’s hard to believe, but there just might be enough of these atrocities now that they qualify as a boat type unto themselves. They’re not really motor-sailers, which have displacement hulls and are rather slow under power. Instead I’ve come to refer to them as power-sailers: powerboats with big outboard engines and planing hulls that can also be sailed. The latest entry into this weird niche market is the new Nuva MS6 out of Barcelona, Spain. It’s got a carbon-fiber rig, a modern square-top mainsail, a retractable bulb keel, and a plumb bow, all of which makes it very much “of the moment” as a sailboat. Or you can leave the rig off altogether and just use it as a trendy-looking runabout.

Seen from a certain angle it does look like a sleek modern sailboat, as long as you squint a bit and mentally erase that 70-hp Yamaha on the transom. 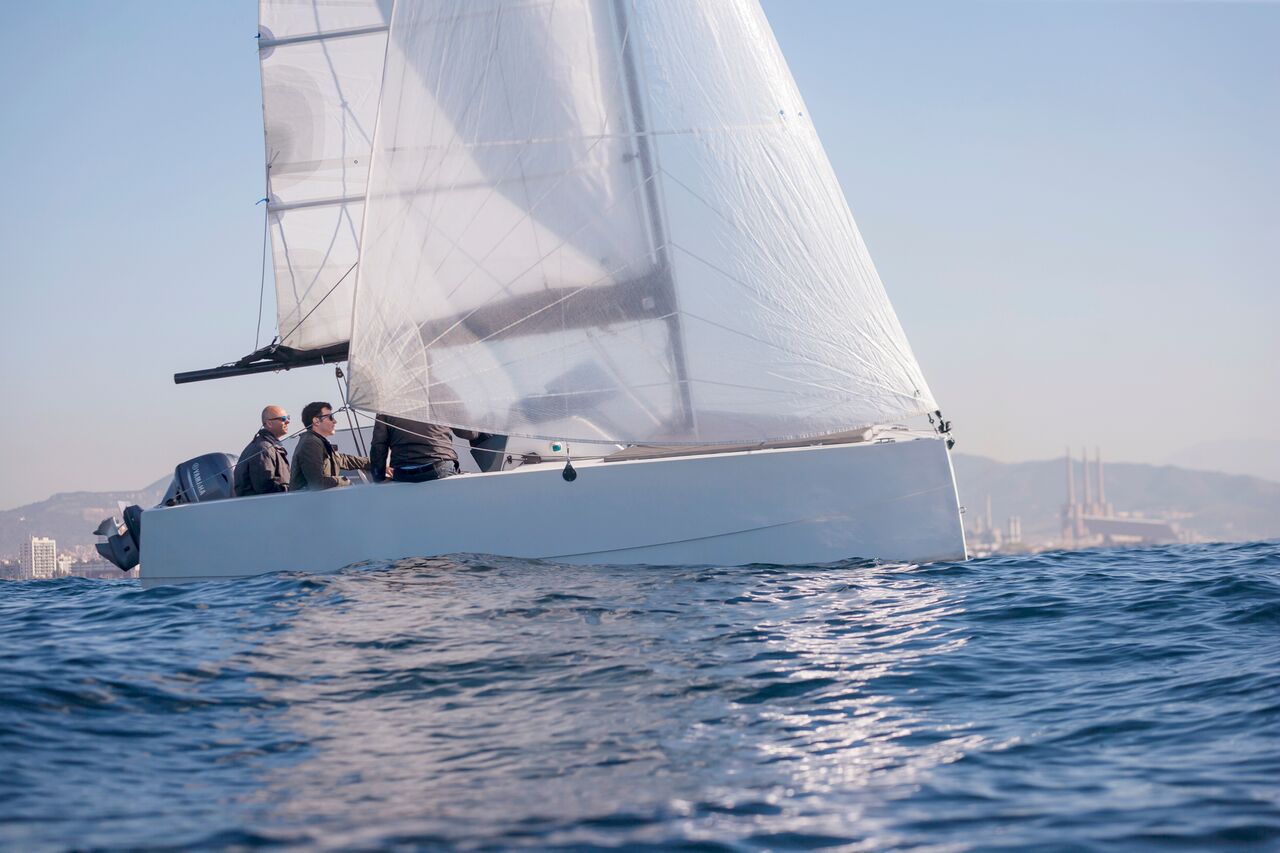 Seen from another angle, it also looks very muck like a brick. 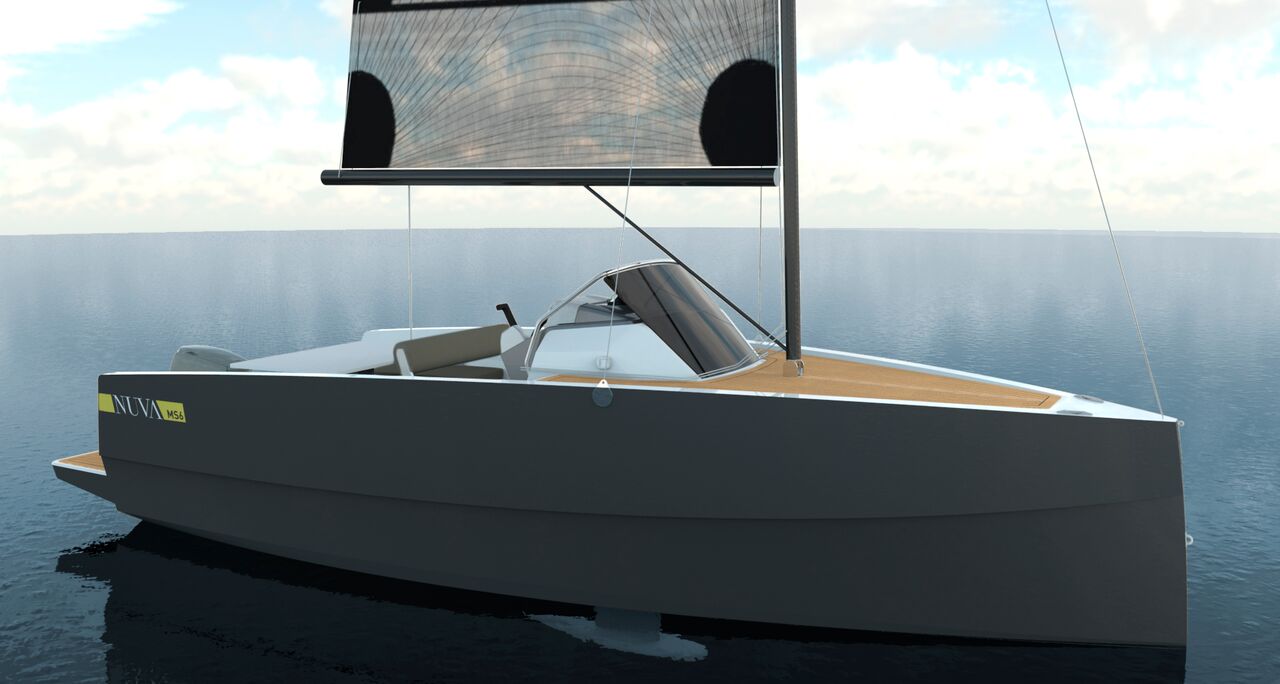 Studying the press release, I see there are accommodations for two, presumably under that flush foredeck. I can find no images of the interior, but there is visual documentation of the marvelously fungible stern, which can be configured in five different ways, all of which involve eating and sunbathing. (And more eating and sunbathing.) 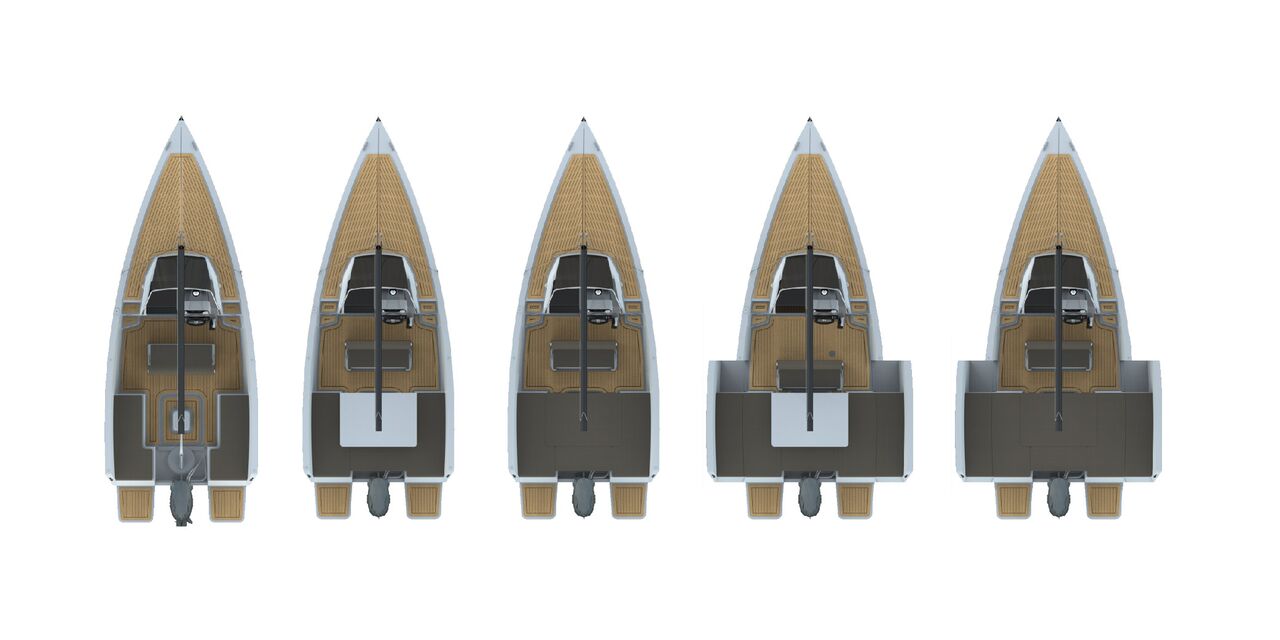 The literature states the Nuva can reach speeds of 5 to 6 knots under sail, with a top speed of 14 knots under power.

Students of the more exotic corners of the sailboat market (like myself) will no doubt recall that the core concept of the power-sailer was pioneered by the ungainly looking MacGregor 26. It was a boat that sailors (like myself) loved to make fun of, but it was also insanely successful. Many thousands have been sold. And though MacGregor has closed its doors, the 26 still lives on as the slightly modified Tattoo 26, which is now produced in Florida. 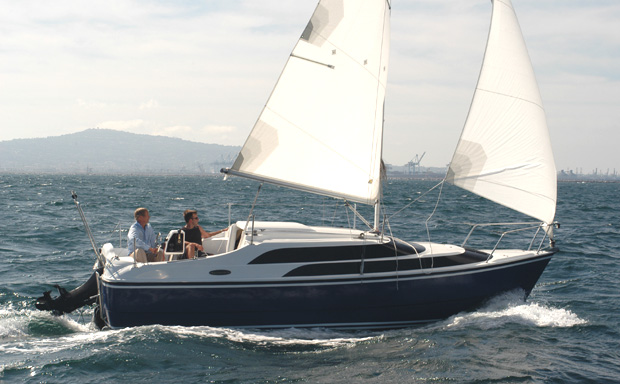 A MacGregor 26 under sail. In some of the advertising it was shown towing water-skiers 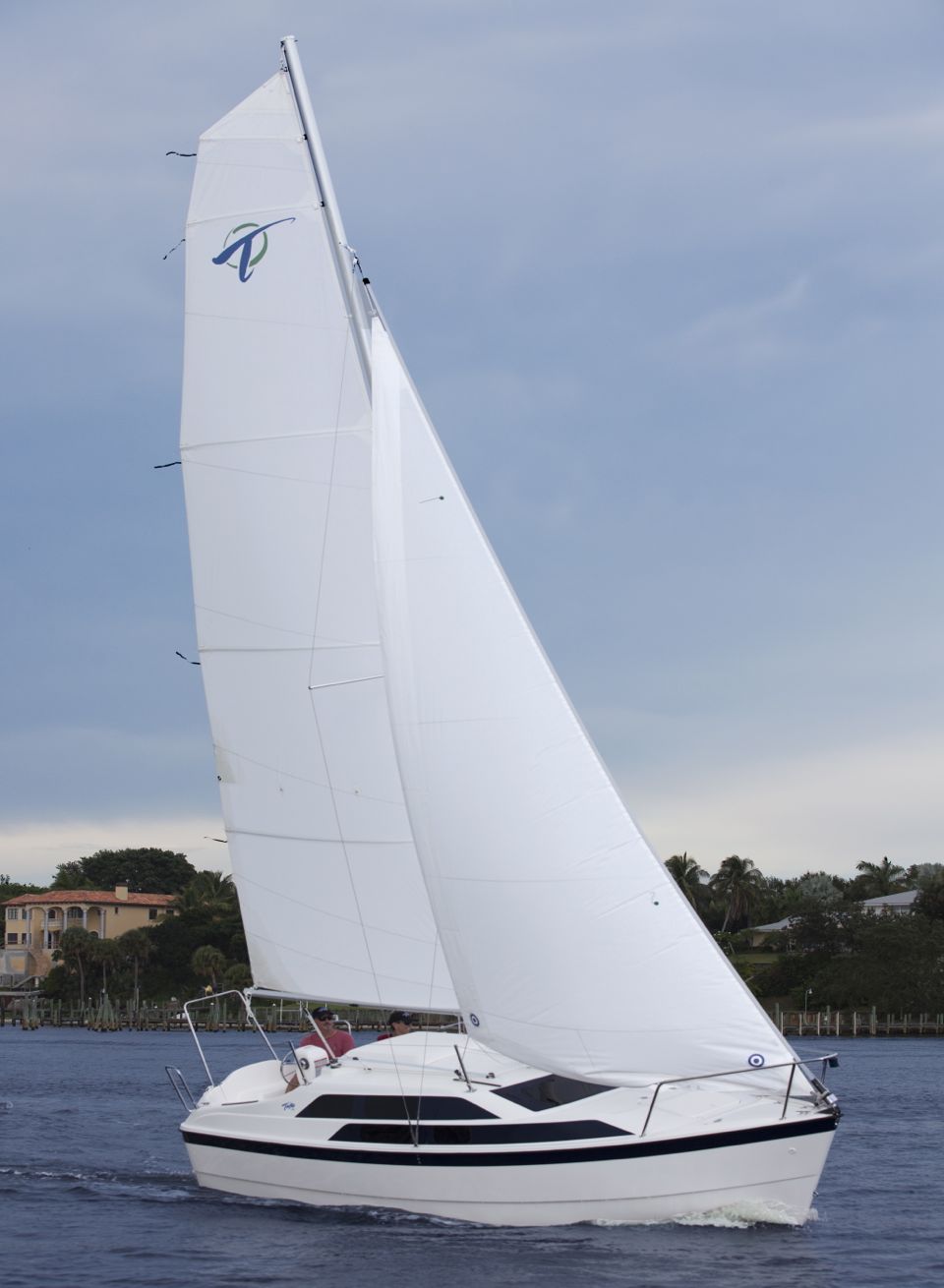 The Tattoo 26, which is produced by Laura MacGregor Sharp, daughter of Roger MacGregor, who founded MacGregor Yachts

Another player in this market, not surprisingly, was Hunter Marine (now Marlow-Hunter), which produced the 27-foot Hunter Edge for five years. 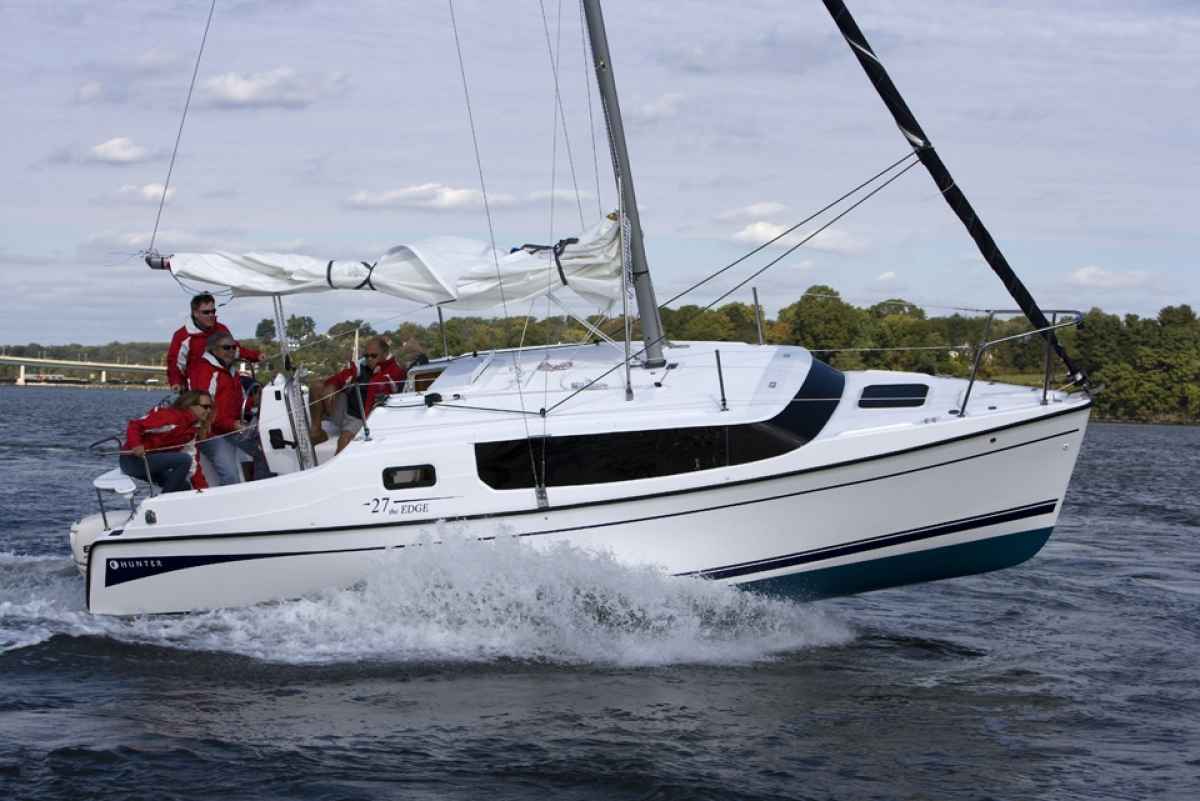 The Hunter Edge struts its stuff

I actually had a chance once to spend an afternoon on an Edge, and I must confess I had a great time. As Shakespeare might have put it, sailing on any sort of boat is just as sweet. I expect this is also true of the Nuva.