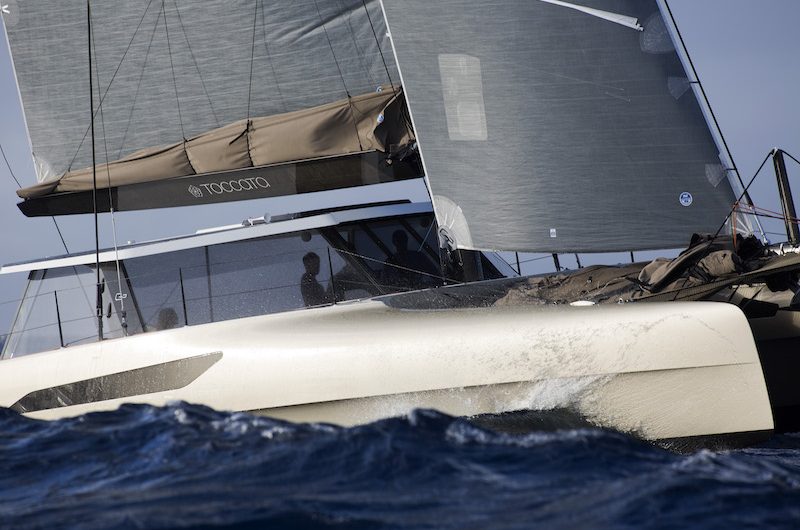 This seems like an interesting development. Grand Large Yachting, a French conglomerate formed in 2003 that specializes in turning around distressed boatbuilders, was the prevailing bidder at a bankruptcy auction held this month for Gunboat, the luxury performance catamaran builder founded by Peter Johnstone. Reportedly Grand Large will put up $910K in cash and is waiving unsecured claims worth about $4.6M. The French firm, which has never before invested in a builder outside of France, has committed to continue the Gunboat brand and maintain a U.S. presence, but may or may not continue operating Gunboat’s current facility in North Carolina.

Peter Johnstone’s mortal enemy, the Chinese builder Hudson Yachts that once built Gunboats on a contract basis and is now involved in a bitter legal battle with its former partner, also put in a bid for the company but was not successful. (This being a time-honored way to settle a lawsuit–by buying the plaintiff.) Hudson Yachts has just begun actively marketing its own high-end line of luxury performance cats (which are suspiciously similar to Gunboats) and has even poached some ex-Gunboat personnel. I am curious to see if Grand Large continues the legal war with Hudson.

The other companies in Grand Large’s portfolio include Outremer, another performance catamaran builder; Allures, which builds aluminum monohull yachts with composite decks and houses; and Garcia, which also builds aluminum monohulls. These were highly respected French builders known for doing quality work that nevertheless ran into the weeds financially, as boatbuilders are so often wont to do. I had a chance a few years ago to meet one of Grand Large’s principles, Xavier Desmarest, who is Managing Director of the parent company and President of Outremer, and was duly impressed. He struck me as a very down-to-earth guy, exceedingly amiable, and genuinely passionate about boats. So I am crossing my fingers that this is all good news for Gunboat.

Speaking of Garcia, I have received word via the SAIL Magazine grapevine that Jimmy Cornell is putting his boat Aventura IV, hull no. 1 of the new Garcia Exploration 45 line, up for sale. Evidently Jimmy is trying to do this without a broker, as his announcement runs as follows:

Jimmy Cornell’s Exploration 45 built by Garcia Yachting is for sale. Since her launch in April 2014, Aventura has sailed over 24,000 miles including a successful transit of the Northwest Passage. With no plans for any future long distance voyages, Jimmy Cornell has reluctantly decided to sell this boat that has come closest to his long sought-after ideal cruising yacht. Conceived by him as a boat for all seas and all seasons the Exploration 45 is proving to be a great success with 12 similar boats already built.

Built and equipped to Jimmy’s own specifications Aventura incorporates many non-standard features and is fitted with a wide range of safety, navigation and communications equipment. Fully equipped and in perfect condition, this tried and tested boat is ready to sail to anywhere in the world. Aventura is offered at €599,000 (ex-VAT).

Aventura is currently docked at Cherbourg in Western France. Anyone seriously interested should send an email to info@cornellsailing.com with “Aventura Sale” as the subject. 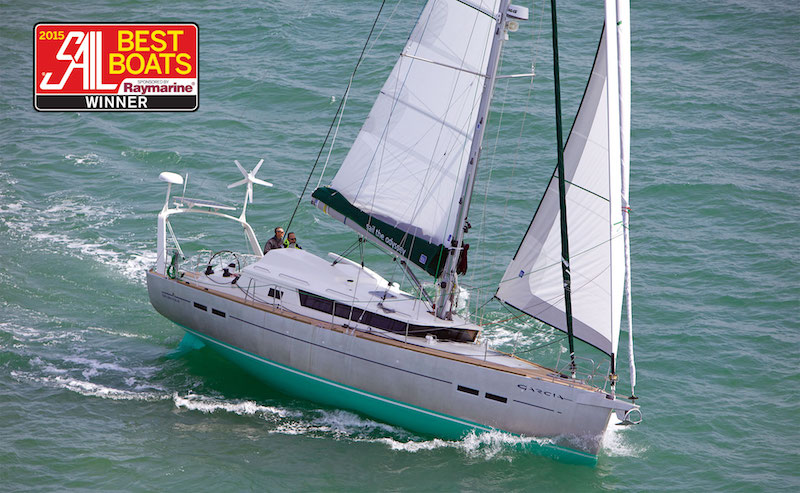 I was part of the Best Boats team that evaluated Jimmy’s boat (and voted the Garcia 45 the Best 41-50ft Monohull in 2015) and also helped sail it from Florida to Panama last year. It is certainly a worthy craft. If you are interested in buying it and want to pepper me with questions, feel free to get in touch via the WaveTrain website.