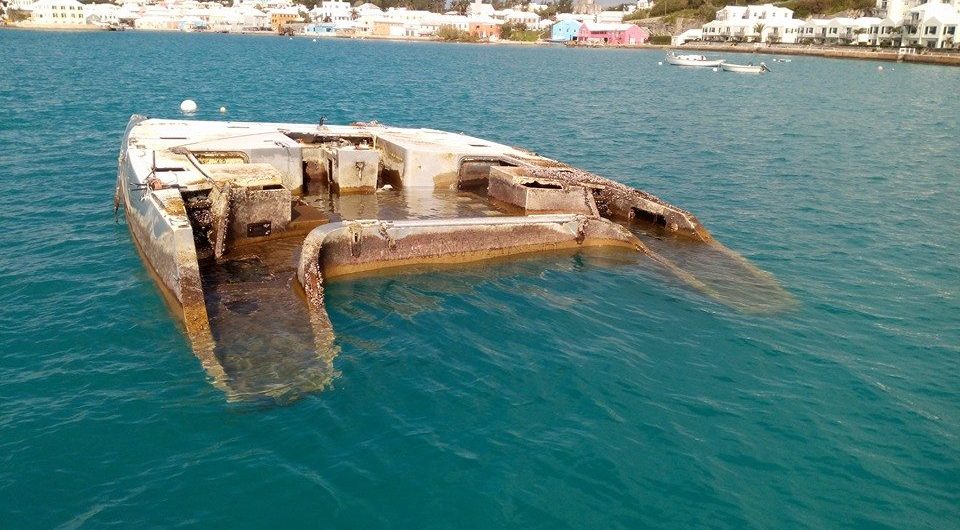 As the old saying goes: what goes around comes around. So it is that Gunboat 55 Hull No. 1, Rainmaker, which was tragically abandoned by owner and crew in late January of last year 200 miles off Cape Hatteras, and has since been spotted and photographed adrift in the Atlantic, has at last got spotted and towed to terra firma. More specifically: Bermuda.

We have this via Facebook and Peter Johnstone (the sadly ex-CEO of Gunboat) and more intriguingly via Sailing Anarchy, who claim they’ve received a hot tip that the spotting was done by members of Oracle Team USA, who were idling offshore doing some recreational fishing off Bermie on a no-doubt treasured day off from work.

SA’s big scoop has yet to be confirmed. The only other source of info I’ve found so far is the Facebook page of one Hugh Alexander Charles Davidson, who shot the photo you see up top and presumably lives in Bermuda. In commentary appended to his photos he claims the hulk was towed in by Bermuda Yacht Services and was found by “fishermen.”

Who may or may not have anything to do with Oracle Team USA.

We wait with bated breath for further details.

Meanwhile, let us ponder the serendipity of the situation. Oracle won the America’s Cup sailing a multihull, successfully defended the Cup in a multihull (most dramatically), and now may have discovered a highly publicized missing multihull while trying to engage in rest and relaxation.

Which is a rather lame segue, I must admit, into this very nice video they’ve recently posted of them capsizing a multihull while practicing for the next America’s Cup in Bermuda: