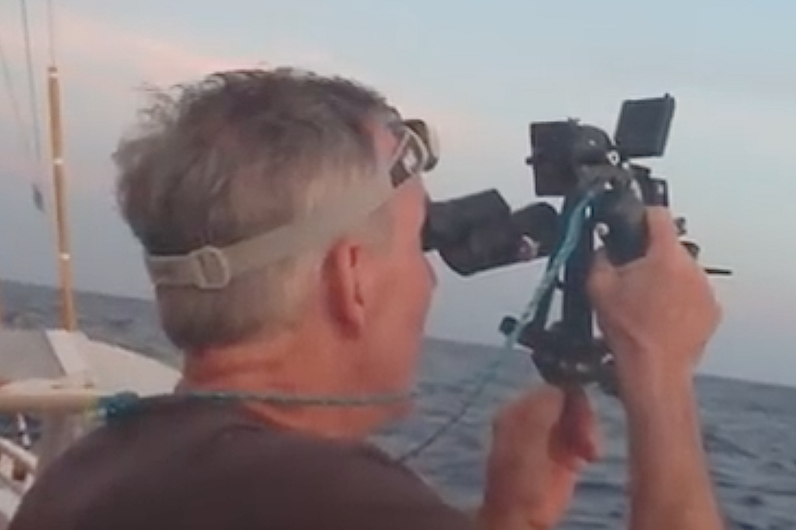 I should have mentioned this earlier in the year, but now I have this great recently posted YouTube video to share with you, so I can pretend this was my plan all along. My compadre at SAIL Magazine, Andy Howe (regional sales manager for the Northeast, Upper Midwest & Eastern Canada) scored a major coup back in June while serving as navigator in the Marion-Bermuda Race aboard an antique 36-foot Alden Mistral named Ti that belongs to (and was skippered by) his cousin Gregg Marston. Navigating with a sextant, Andy plotted the course that led the crew of Ti to a veritable quinfecta of victories: first in class, first in the celestial division, first overall, plus they won the Family Trophy and Andy won the Navigator’s Trophy.

Andy is an experienced celestial navigator, having once taught courses for Ocean Navigator, but it had been a decade since he dusted off his sextant prior to setting out on this passage. Conditions early in the race were a bit rugged, so I’m sure getting the hang of taking sights again from the deck of a small boat was a bit challenging.

To avoid the lumpiest part of the course in the Gulf Stream Ti trended far to the west of the rhumbline, but still managed a fast ride to the finish, averaging 7.5 knots over the last 350 miles of the race. When finally they raised Bermuda Andy’s celestial plot was less than 5 miles off their GPS plot. 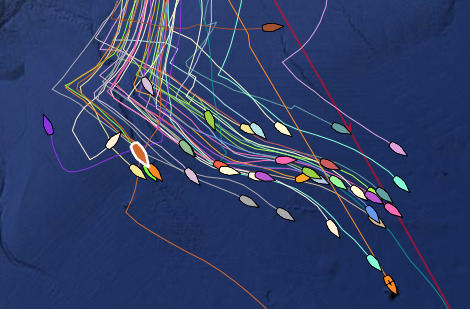 You can look for a full account from Andy in an upcoming issue of SAIL!

Meanwhile, if you are itching to learn more about celestial navigation you can also check out this post on Quick & Dirty Noon Sights. By yours truly.