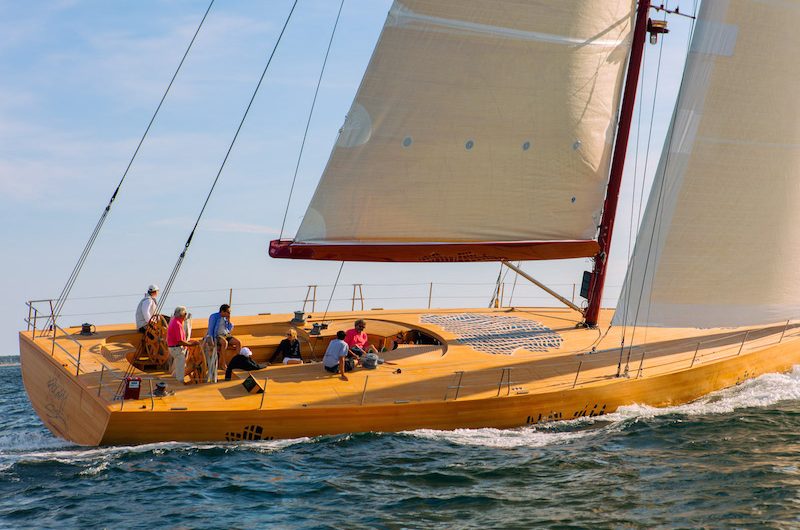 ‘Tis the season to hand out boat awards in the sailing industry. We’ve already seen SAIL’s Best Boats picks and are eagerly awaiting the opinionations of Cruising World and Sailing World re their Boats of the Year. But these competitions are for the most part restricted to common production boats, and the truly interesting (i.e., totally wacky) new sailboats, usually built for over-the-top rich people with more money than sense, never get considered. So I thought we here at WaveTrain should conduct our own survey of the scene.

Our first nominee, Foggy (see photo up top), designed by renowned architect Frank O. Gehry (the boat’s name derives from his initials) in collaboration with German Frers, is a one-off custom boat that got a lot of attention when it was launched at Brooklin Boatyard earlier this year. Gehry has always been an avid sailor and normally sails a Beneteau First 44.7 out of Marina del Rey, so he does have some idea of how a sailboat is supposed to function.

Reportedly he told Frers at the start of this project: “Don’t let me go too crazy.” You can decide for yourself if Frers succeeded in fulfilling this design brief. 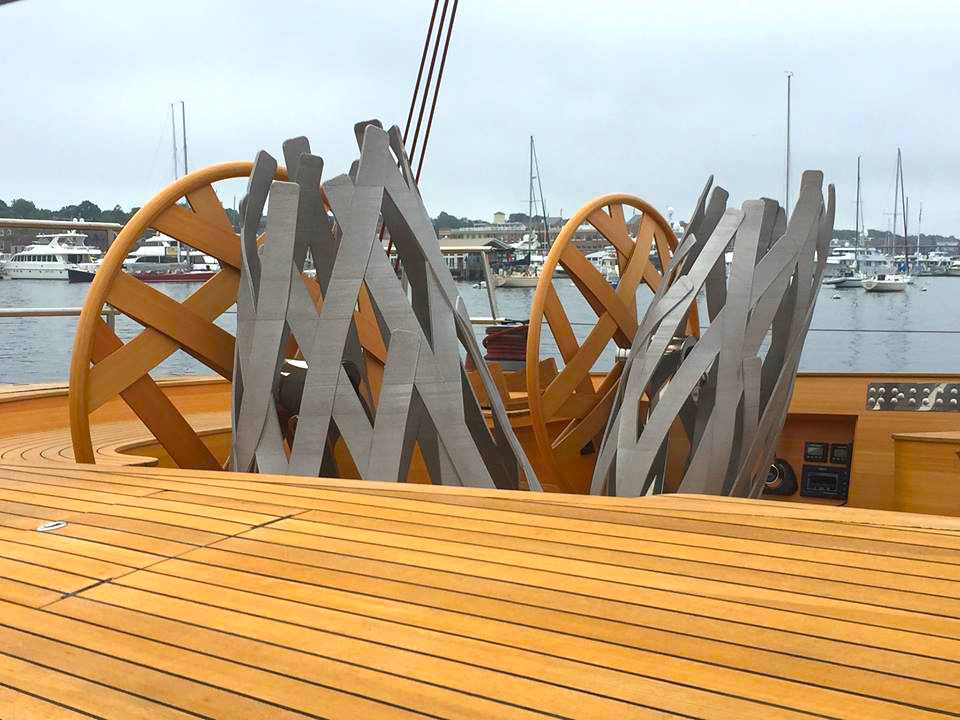 Twin binnacles and wheels with goofy aesthetic details. These are removed when the boat is racing 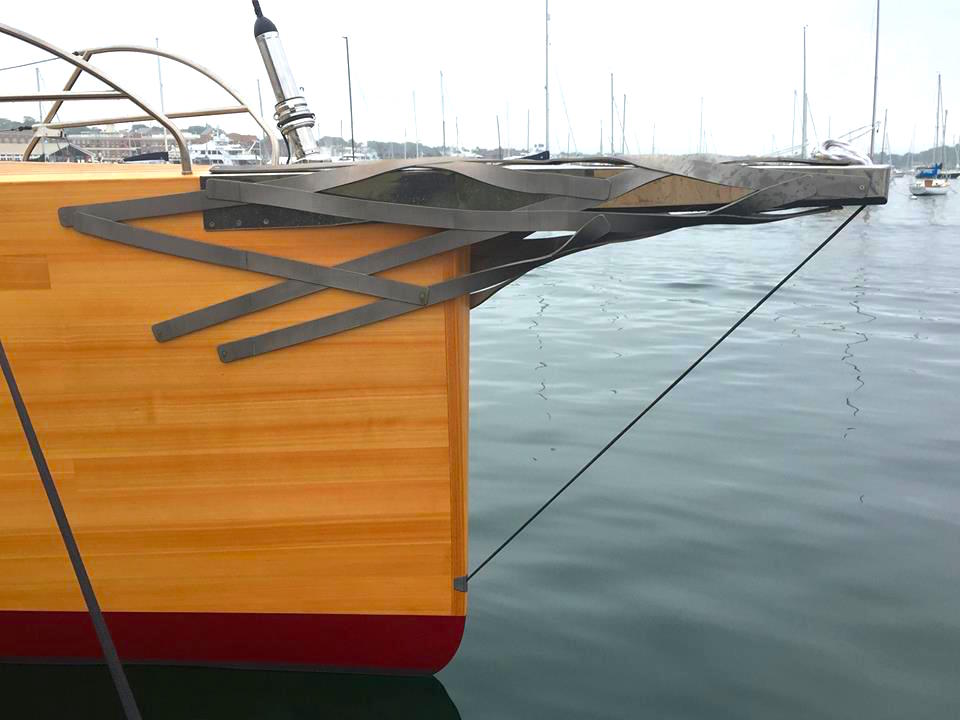 Ditto with the bowsprit 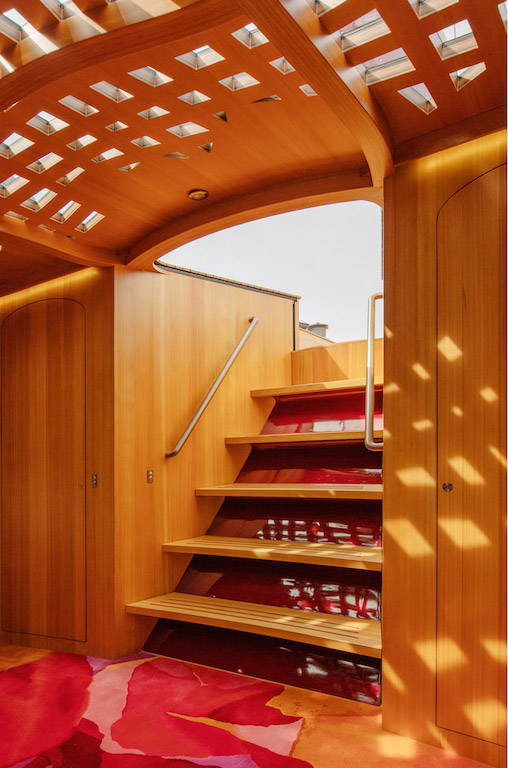 Companionway, with wavy glass deck panels overhead. There are similar panels in the topsides 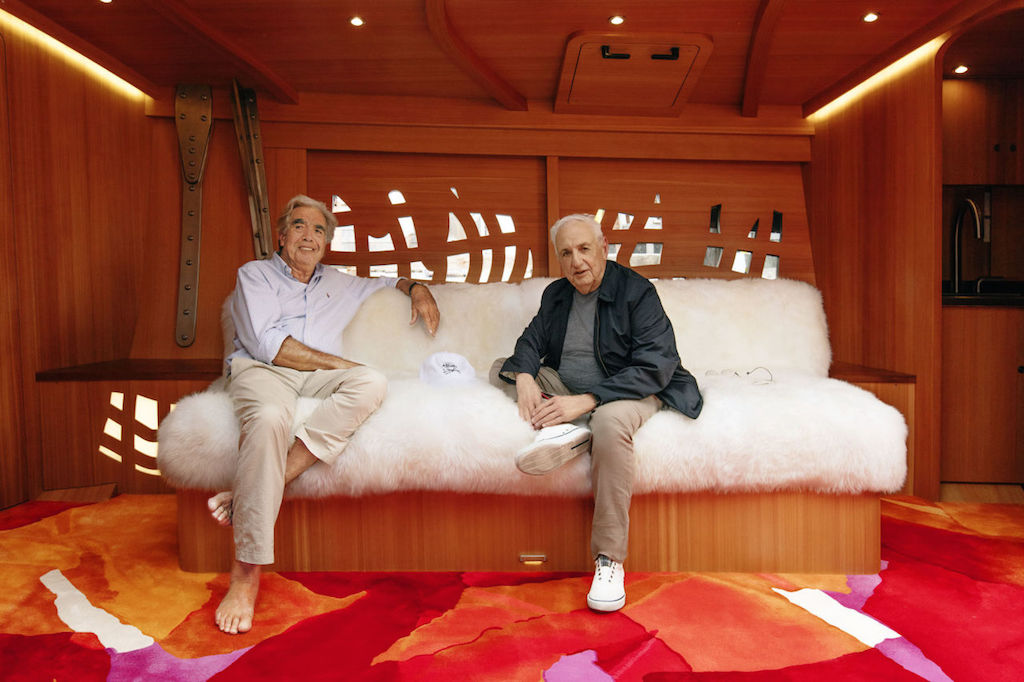 German Frers (left) hanging with Frank in the saloon, the décor of which vaguely recalls that old children’s TV show H.R. Pufnstuf 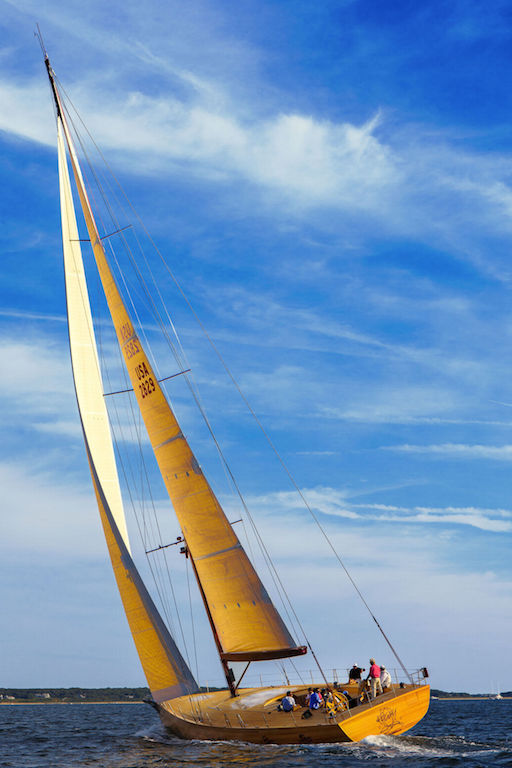 Foggy under sail. Seen from a distance she appears almost normal. But still those glass patches on deck do look a lot like skating ponds, don’t they?

To give some sense of perspective here, you should ponder some of Gehry’s architectural work. For example: 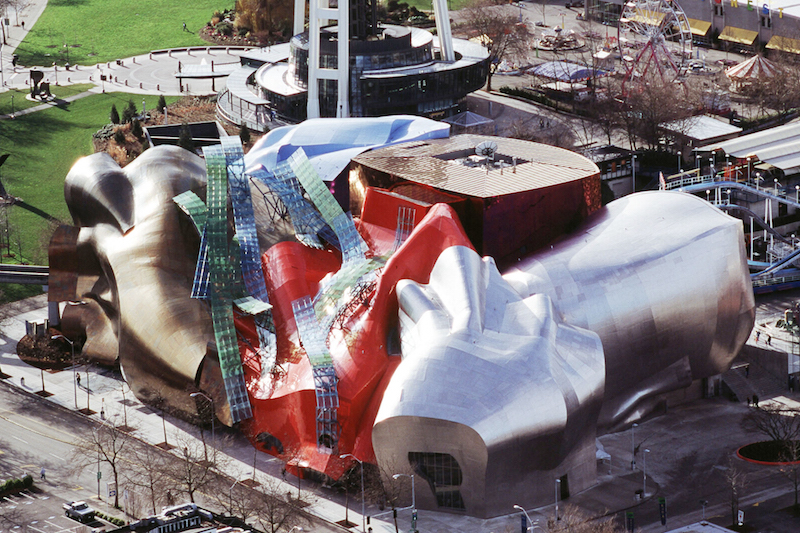 The Experience Music Project building in Seattle. Unfortunately, Frank did not have German around to restrain him here

The very first thing I thought when I studied photos of Foggy was that it will be impossible to sell her to a second owner. Evidently Frank understood that, too. Really the cleverest part of the whole project is that he didn’t design the boat for himself. Instead he convinced a friend, developer Richard Cohen, to be the owner. 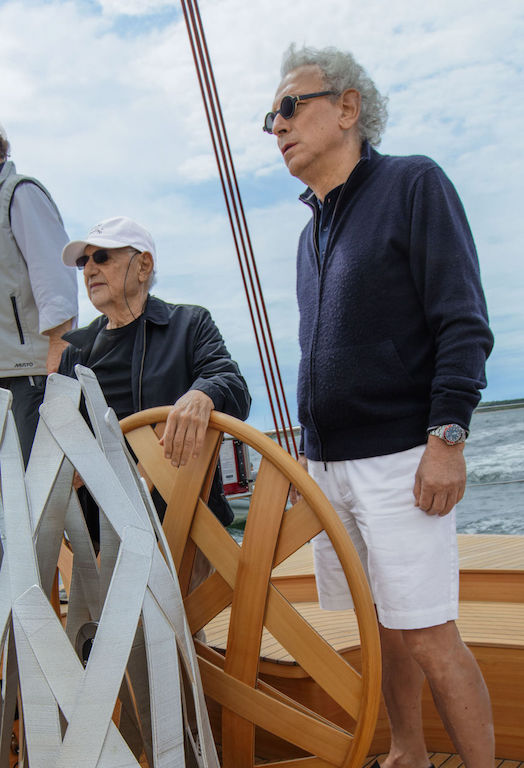 Frank on the wheel, with his buddy Richard Cohen on the right. Cohen, as you can see, is not smiling

Our next nominee, I respectfully submit, is not only super goofy, but is also a serious contender for the coveted title of Ugliest Sailing Vessel Ever Built. It also has a super goofy name, Sailing Yacht A, and was built for Russian megla-billionaire Andrey Melnichenko in Germany at an estimated cost of $390 million. 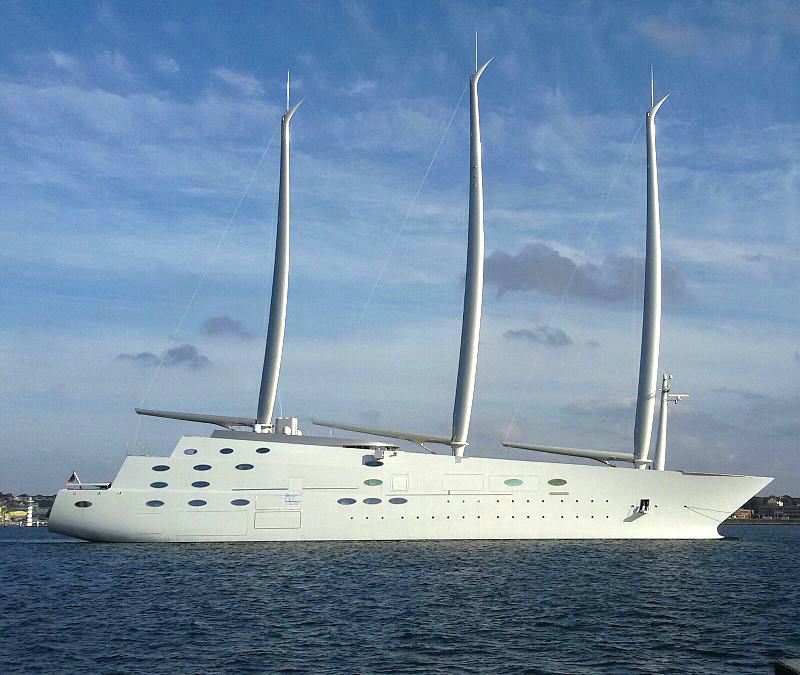 Sailing Yacht A in profile. Like the ugliest modern powerboats it looks a lot like a running shoe 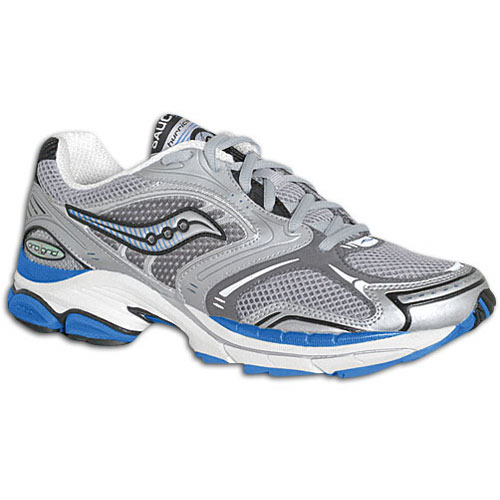 See what I mean?

What is most impressive about this boat, of course, is its scale. It is the largest sailing yacht ever built and its masts are the tallest freestanding composite structures ever created (the mainmast is 300 feet tall, with a maximum section diameter big enough to fit a room inside). 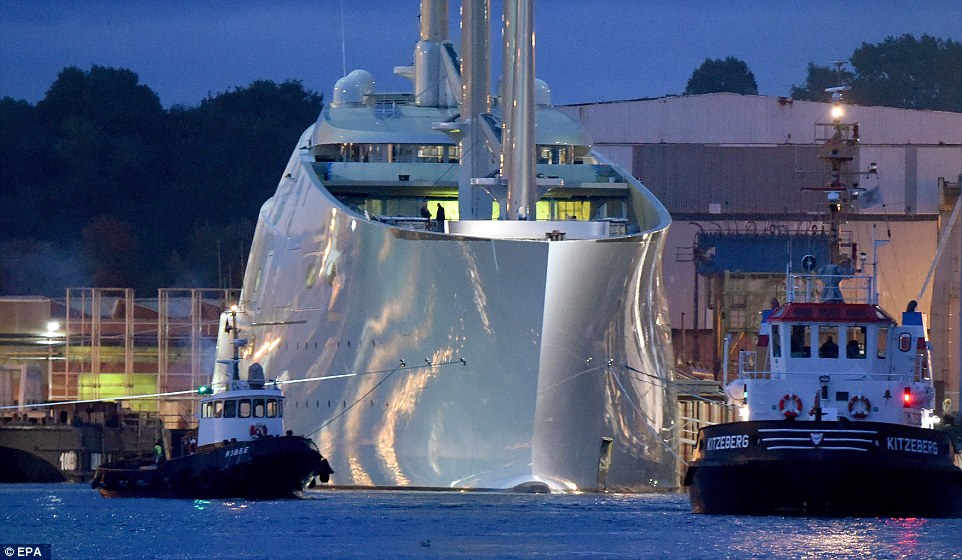 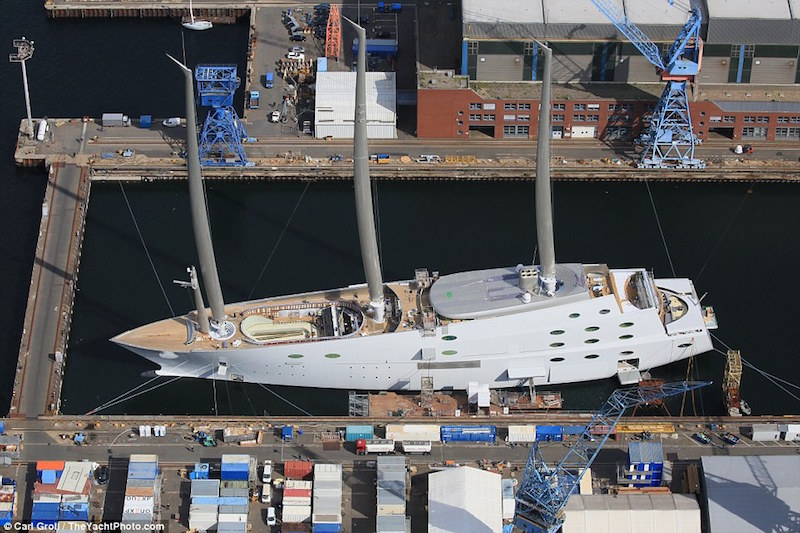 Aerial view, revealing gorgeous teak decks and the enormous swimming pool pit. Allegedly there is also a helicopter deck in there somewhere, but damned if I can spot it. I’m guessing it is retractable and pokes out the side somewhere 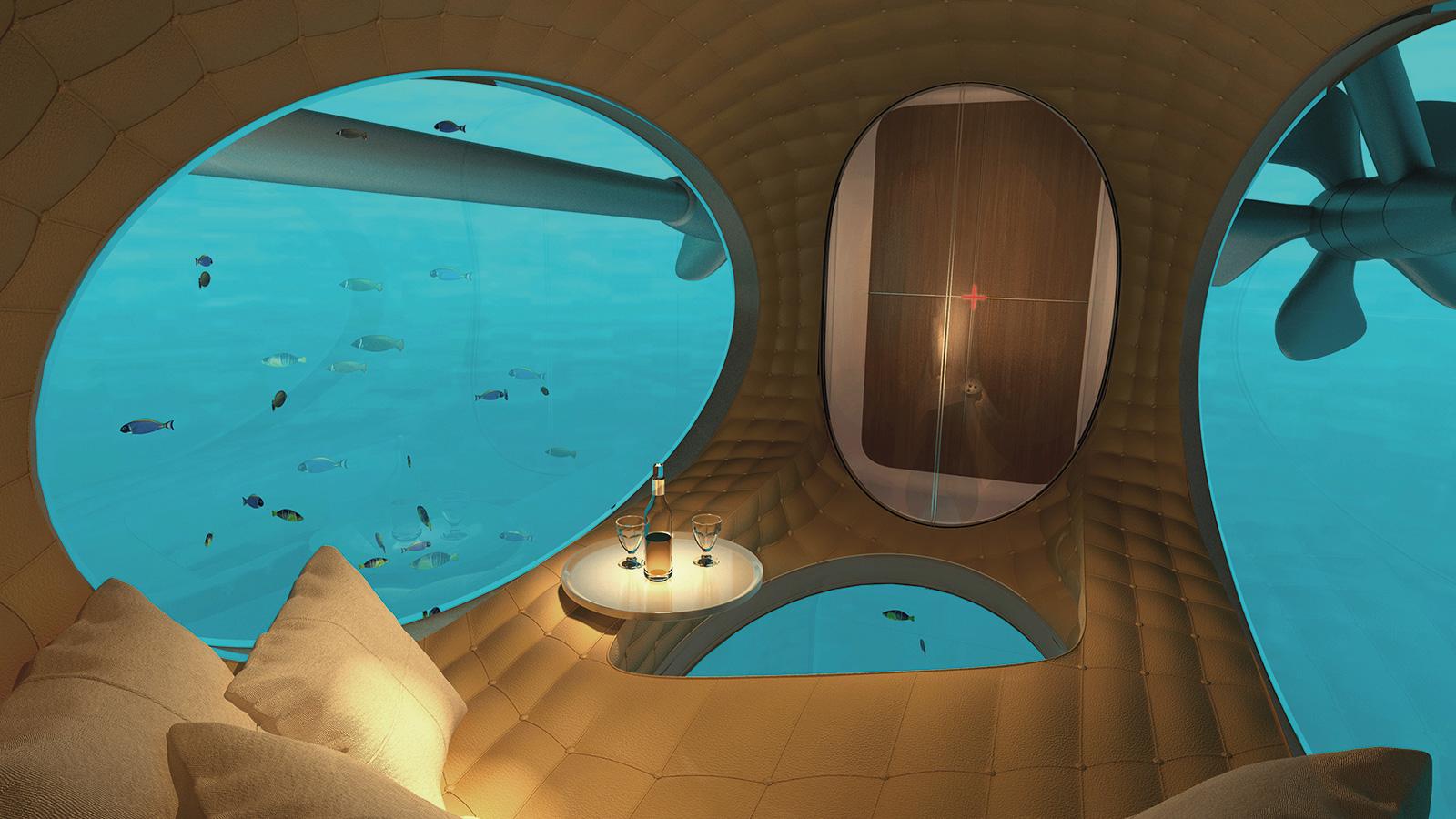 Best of all, there is an observation pod inside the keel bulb! Superyacht designers everywhere are dope-slapping their foreheads wondering why they never thought of this before

As far as I can tell this beast hasn’t been sailing yet, but you can watch this viddy of her lumbering along under power:

Our last contender, the relatively tiny Surfari 44, built by Pacific Seacraft for Friendship Yachts, seems modest and humble compared to our first two boats. The client here is Jimmy Buffett, the Parrothead-in-Chief himself. According to the marketing literature the boat is “a luxury indoor/outdoor living platform” that is, for Buffett, “the perfect extension for living the life he enjoys.”

Perhaps they should just call it a “living boat” instead of a sailboat. 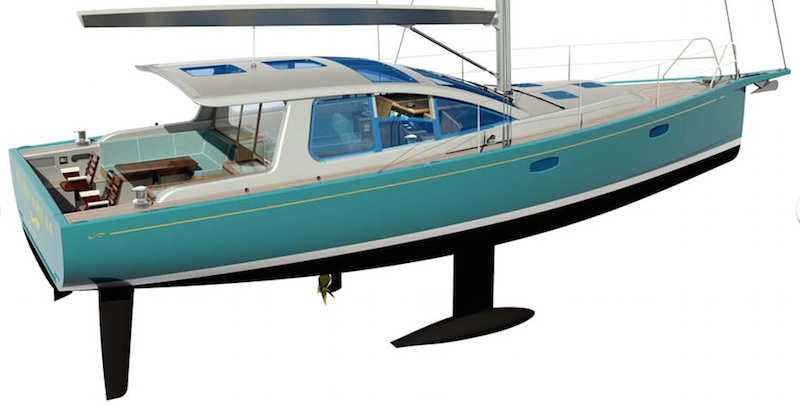 Compared to the other two, frankly, I think this boat is pretty good looking 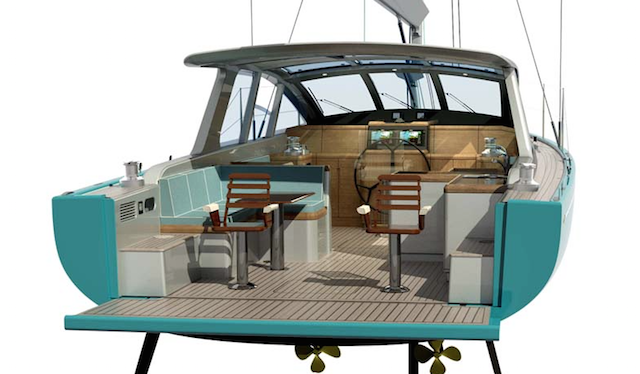 But it gets major goofy points for the fighting chairs in the back. You want to be damn sure that transom is closed before you start backing down on the marlin you just hooked. Note also the twin props under the hull: a sure sign the boat is more about living than sailing 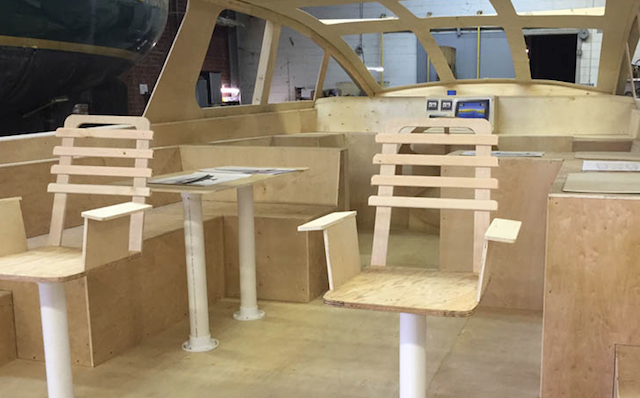 I thought maybe they were just kidding about the fighting chairs, but as you can see here they actually mocked them up during the build, so I expect we will see them on the finished product, which should get launched soon 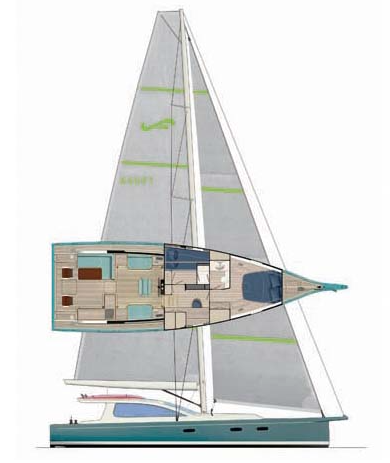 As they say, friends: goofy is in the eye of the beholder. Please cast your votes in the comments section down below.