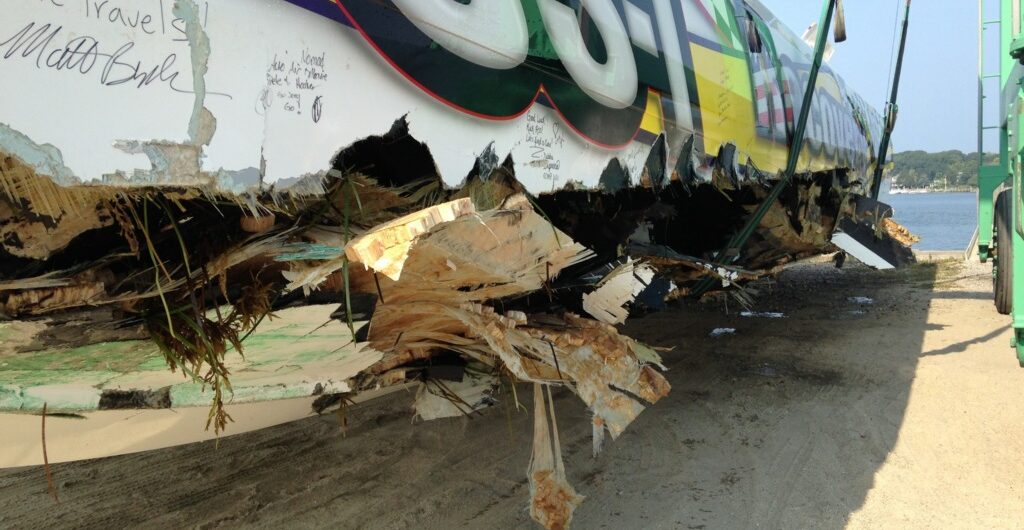 Yes, yes. I know this has nothing to with sailing, but it gives us sailors a chance to look down our noses a bit at our powerboating cousins. Besides, I find this fascinating. Check out this video here from a couple of weeks ago and tell me what you see.

Now consider the facts of the matter: the owner/operator of this 52-foot speedboat, Stuart Hayim, is a four-time Powerboat World Champion. He was attempting to break his own 2012 Round Long Island and Manhattan speed record, and much to his credit was doing so to raise $250,000 for two cancer charities (he himself is a cancer survivor). According to this source here, to support him in this effort he had a plane overhead with a safety and medical crew, response teams onshore at various locations along the route, and a command-center team at his start/finish line in Port Washington.

Hayim hit this buoy 26 minutes into his run after suddenly finding himself buried in a fog bank near Plum Gut, a location, I should note, that is often choked with recreational fishing boats at this time of year.

Could they not have afforded a chartplotter?

Do chartplotters not work at this speed?

How were they planning on avoiding uncharted hazards, like other boats?

What am I missing here? I realize I know nothing about this sport, so there may be something obvious I’m not thinking of to explain this.

Matt Trulio, a very active and respected marine journalist who specializes in this field, makes no note of navigation in his account on his blog. He does quote Hayim as taking full responsibility for the accident, but with no elaboration on what mistakes might have led to it. I note, too, all the accounts I find online mention just Hayim and his throttle man, Joey Imprescia, as having been onboard, but in the video there was obviously a third.

Was he the navigator? Is he now persona non grata (kind of like Wouter Verbraak, the navigator on Vestas Wind?)

The damaged goods. Hayim’s catamaran, built by Marine Technologies, Inc., after the accident

Anyway, I’m very glad no one was hurt.

I don’t think anyone was hurt on this boat either, but they sure do look unhappy. 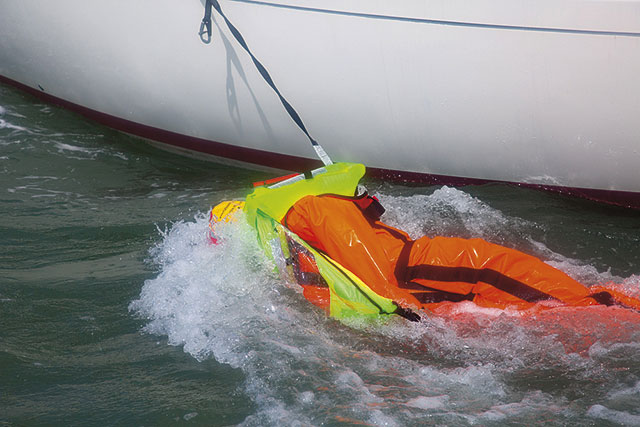 SAFETY-HARNESS DYNAMICS: Are You Really Safer Tethered to Your Boat?