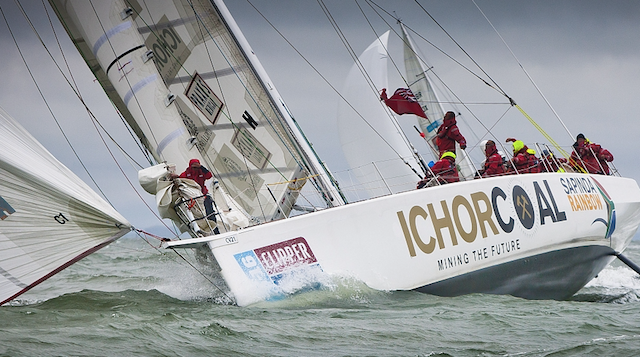 Correct me if I’m wrong, but I don’t think this has ever happened before. With all the many bluewater pay-to-play crewing opportunities out there these days (some of which I’ve been involved with), I think this is the first time anyone has actually died doing it. According to the official statement released by Clipper Ventures, organizers of the Clipper Round the World Race, Andrew Ashman, 49, a British paramedic who had been sailing since he was a teenager, died onboard the Clipper 70 IchorCoal two days ago after being knocked out by the mainsheet and perhaps the boom while helping to reef the mainsail in Force 6 conditions.

IchorCoal (see image up top) is one twelve boats competing in the first leg of this year’s race, which started August 31 off the English coast at Southend. Skipper Darren Ladd and crew immediately put in Porto, Portgual, after the incident and after meeting with race chairman Sir Robin Knox-Johnston elected to resume racing yesterday. 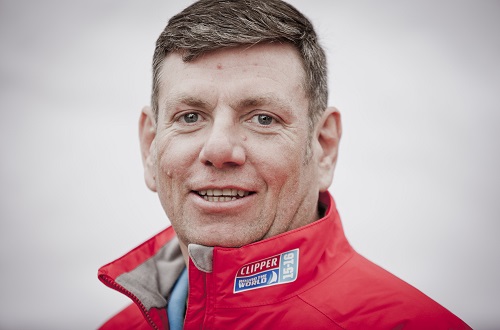 The Clipper Race since its inception 1996 has taken something like 3,000 pay-to-play crew racing around the world. Many of these people have been inspired by the experience to pursue ocean sailing as a sport and/or career. Some of the pro skippers that have led the teams have also gone on to significant racing careers. Alex Thomson, for example, ran the Clipper boat Ariel in the 1998 race and became the youngest skipper ever, at age 24, to win a round-the-world race.

Some will recall that the last edition of the race saw an exciting and successful MOB recovery that took place in the Pacific in 35 knots of wind and was captured on video:

What a bummer that Andrew Ashman’s story didn’t end on such a happy note. Sincere condolences to his family and to the crew of IchorCoal.